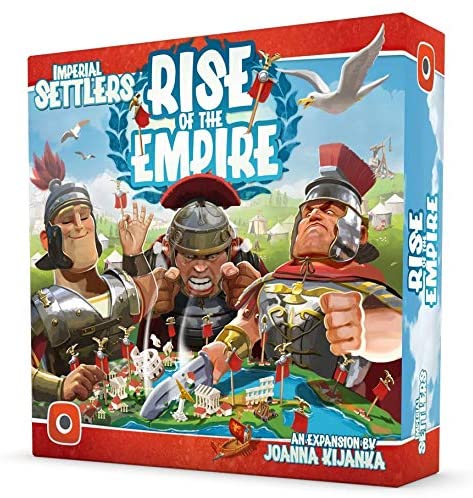 Imperial Settlers: Rise of the Empire

Rise of the Empire is a meta-expansion that adds a completely new layer to Imperial Settlers by introducing an open-world campaign setting. From game to game, players' empires will advance, reaching new eras, goals, technologies, discoveries, and provinces. (You don't need to play the campaign in a set group of co-players as each empire can develop at its own pace and represent different stages of advancement.)