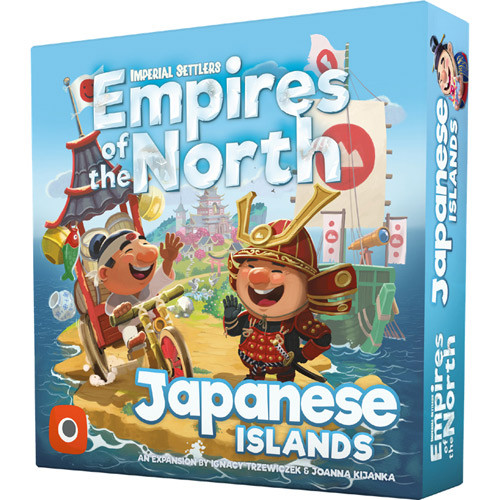 During their voyages to the distant Islands, ships from the Northern Empires discovered new lands in the far East! Spread throughout many Islands, the Japanese Empire soon earned a reputation for its goodwill and expansive trade networks. Now, the civilizations have started to build diplomatic ties and increase opportunities for trade.

Empires of the North: Japanese Islands introduces two new Clans to the game, as well as 14 new Islands. The Japanese clans offer new strategies and play with a few new rules, such as Exchange and Docking.