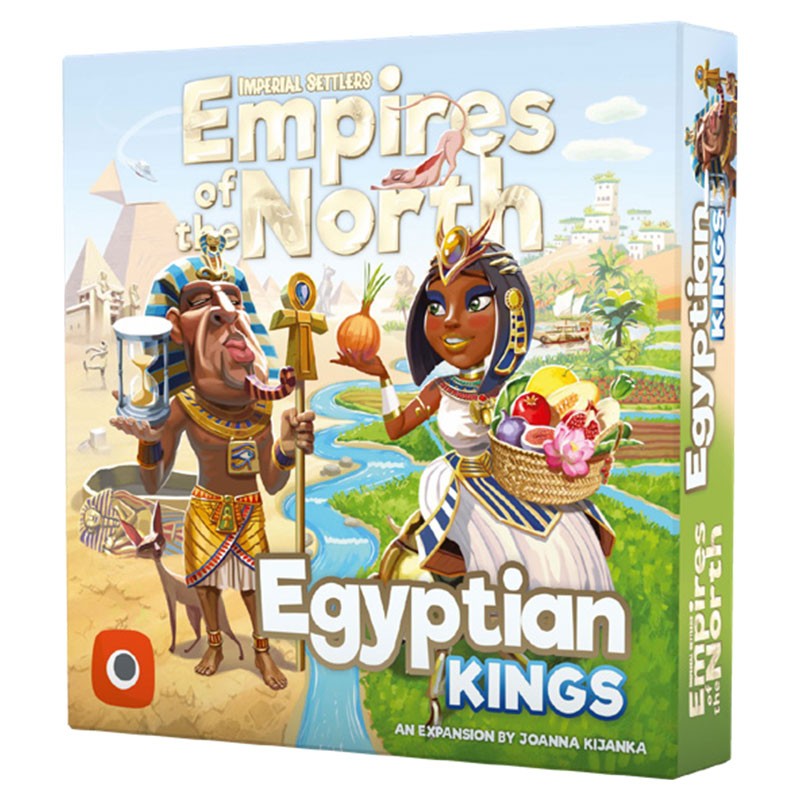 Empires of the North: Egyptian Kings is the fourth expansion in the line and introduces two brand new faction decks to the game.

The Hatshepsut deck is a clan located on the Nile Delta, with the deck being designed around that core concept. The faction introduces a new mechanism of assigning workers to Field cards to make them more fertile and effective.

The Amenhotep deck is designed around the concept of the passing of centuries, the sands of time. Locations in the deck will decline and get discarded at the end of the round if the player won’t spend resources to keep the card in the Empire.

Empires of the North: Egyptian Kings is designed by Joanna Kijanka,the designer behind all of the previous highly acclaimed expansions to the game. This expansion comes with 72 cards, a punch board, and an additional wooden action pawn.