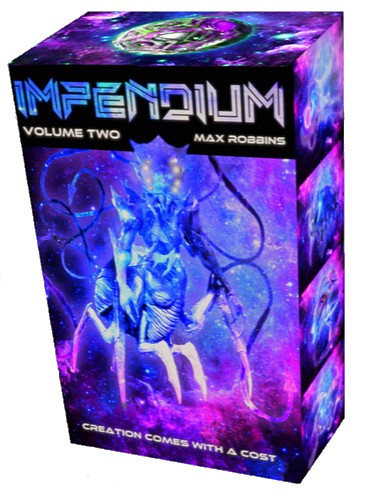 Immediately following the events of Nova Lux, you will take up the mantle of building the universe anew. Civil unrest and fear have caused factions among the star colonies to subvert the federation. As it works to ignite new stars and forge galaxies which can once again perpetuate life, your factions will position for power and prosperity in the new Galactic Order. But creation comes with a cost. As the inhabitants of your universe not only defy but reverse the natural law of Entropy, the Void takes notice.

On your turn you will move around the universe, undertake assignments from the federation to construct new stars or battle harbingers of the void, build star colonies to generate resources, and recruit new factions to enhance your abilities and expand your influence.

Once a player control enough of the newly constructed universe, they win!

Impendium is the stand alone successor to Nova Lux. The faction cards from Nova Lux can be used with Impendium.