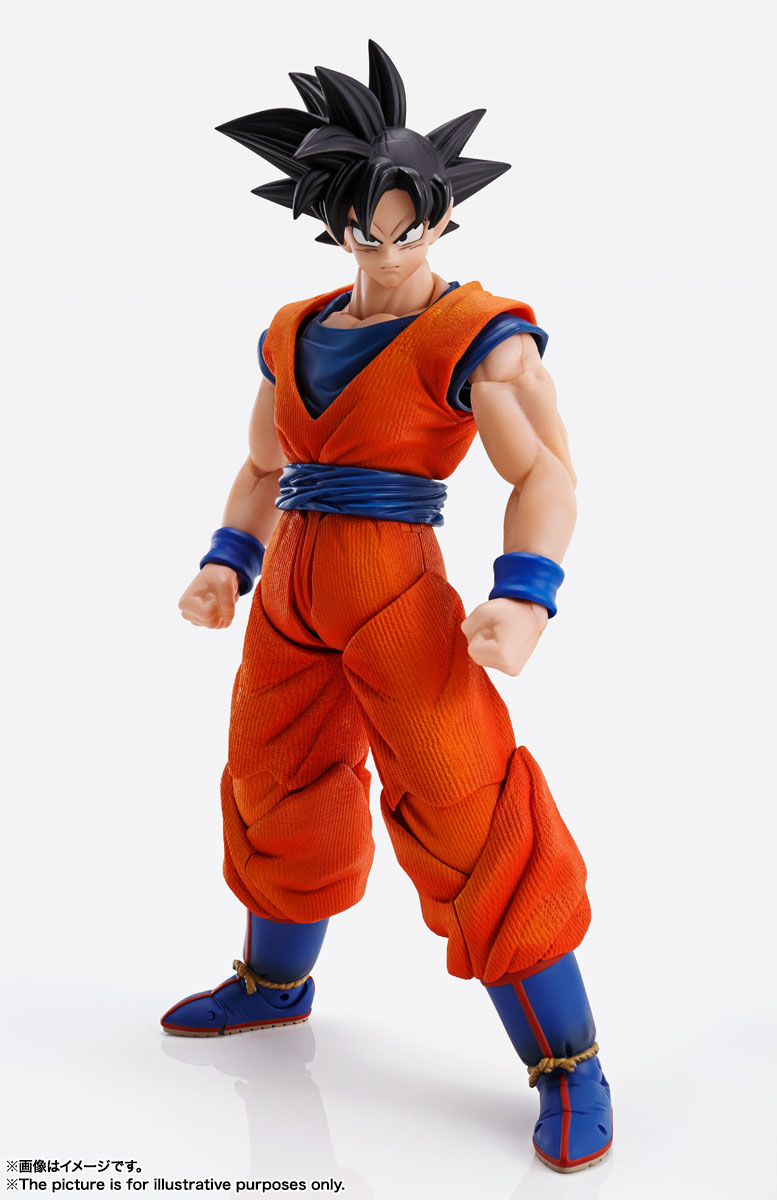 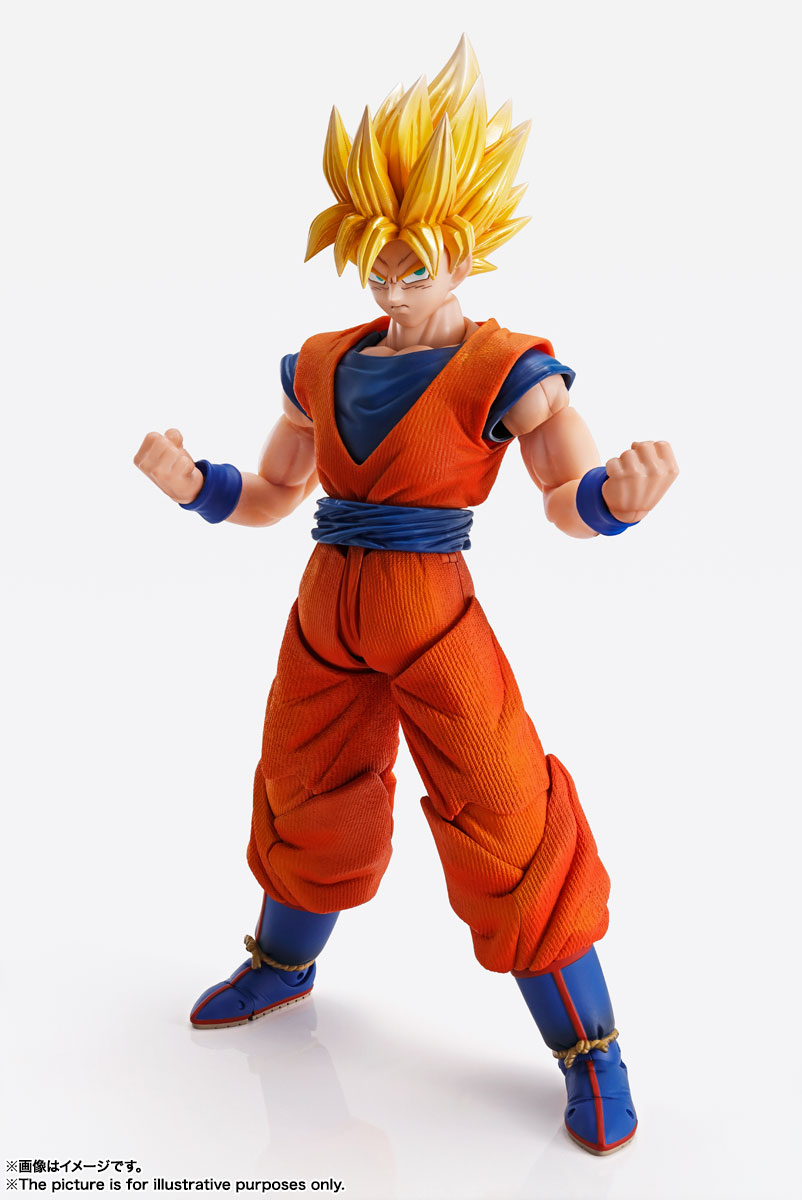 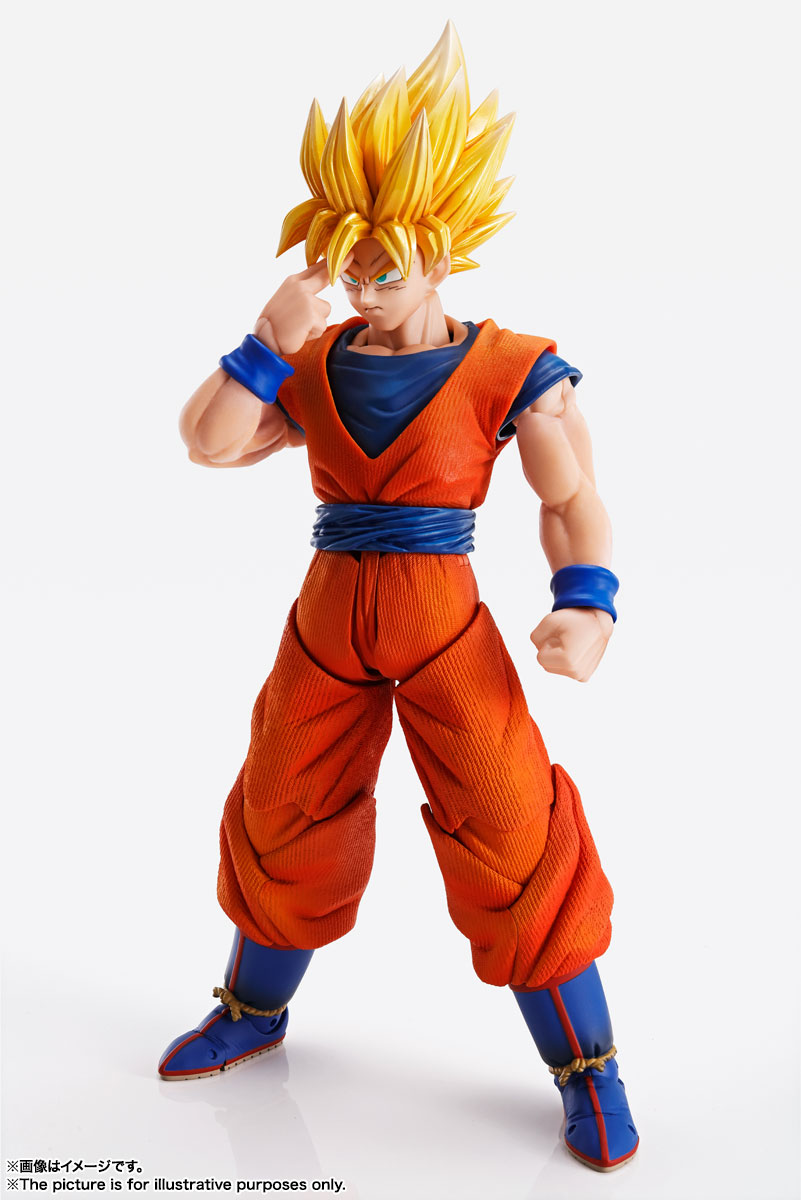 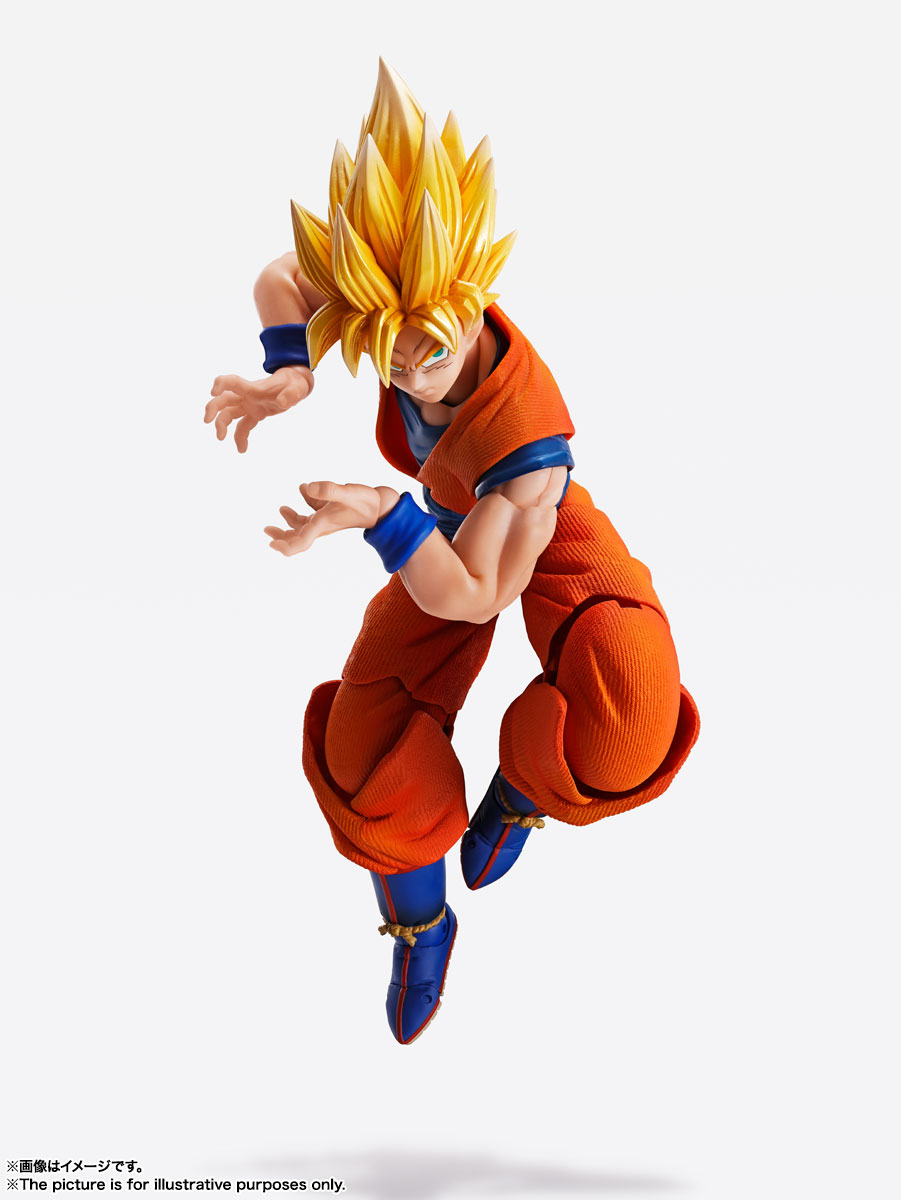 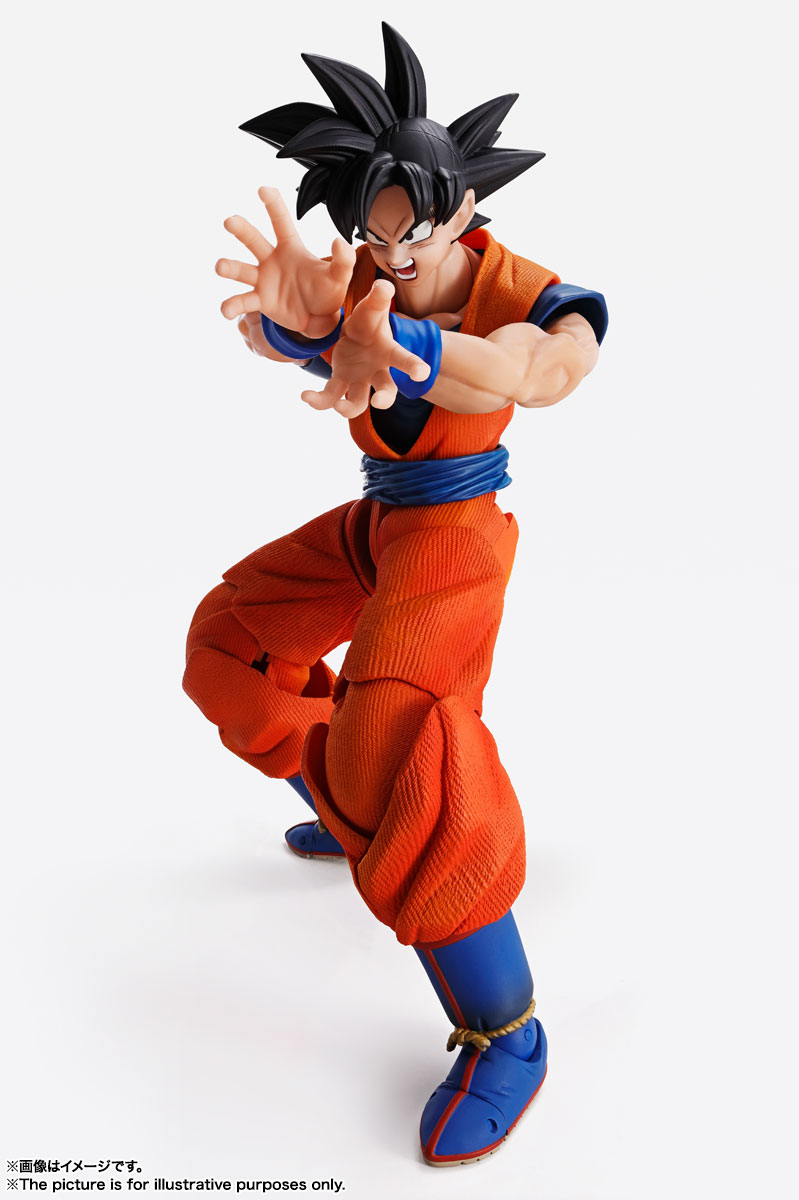 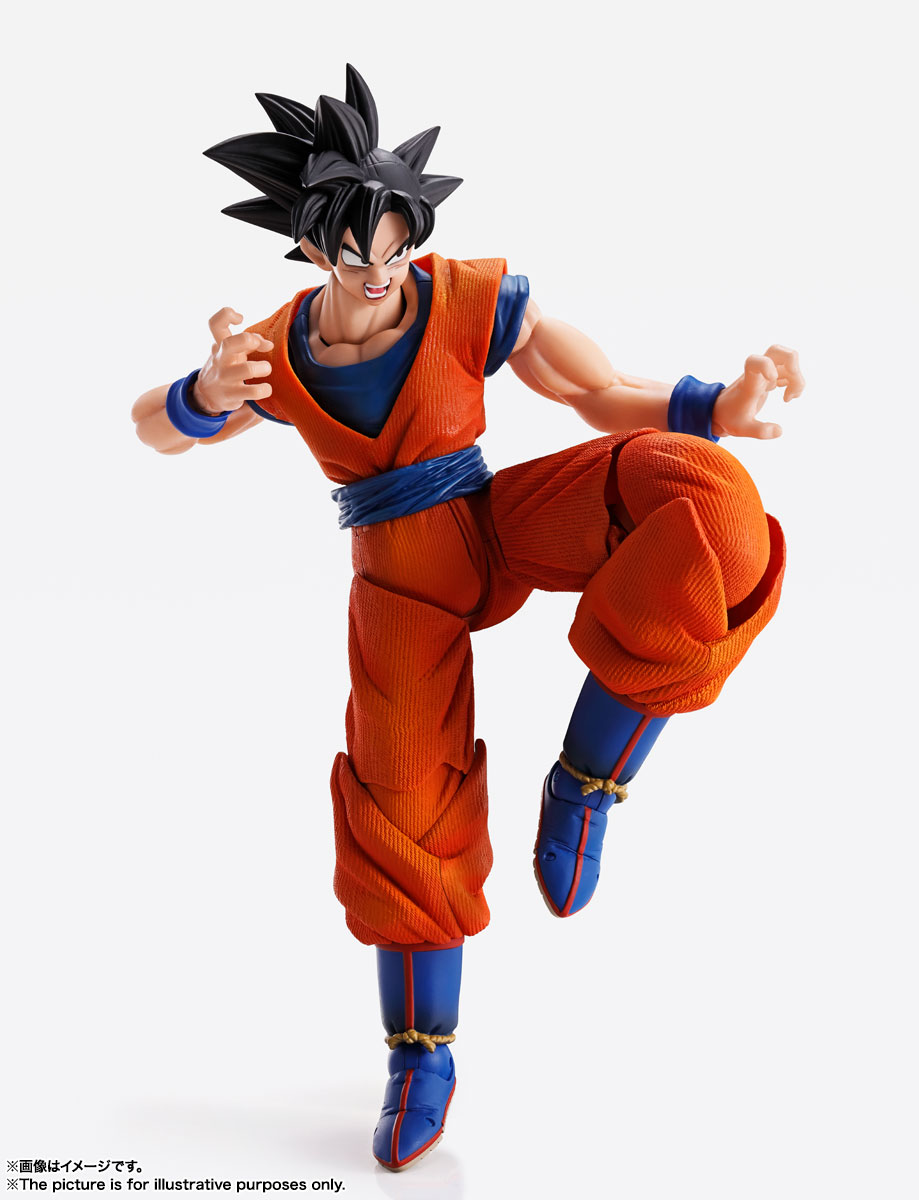 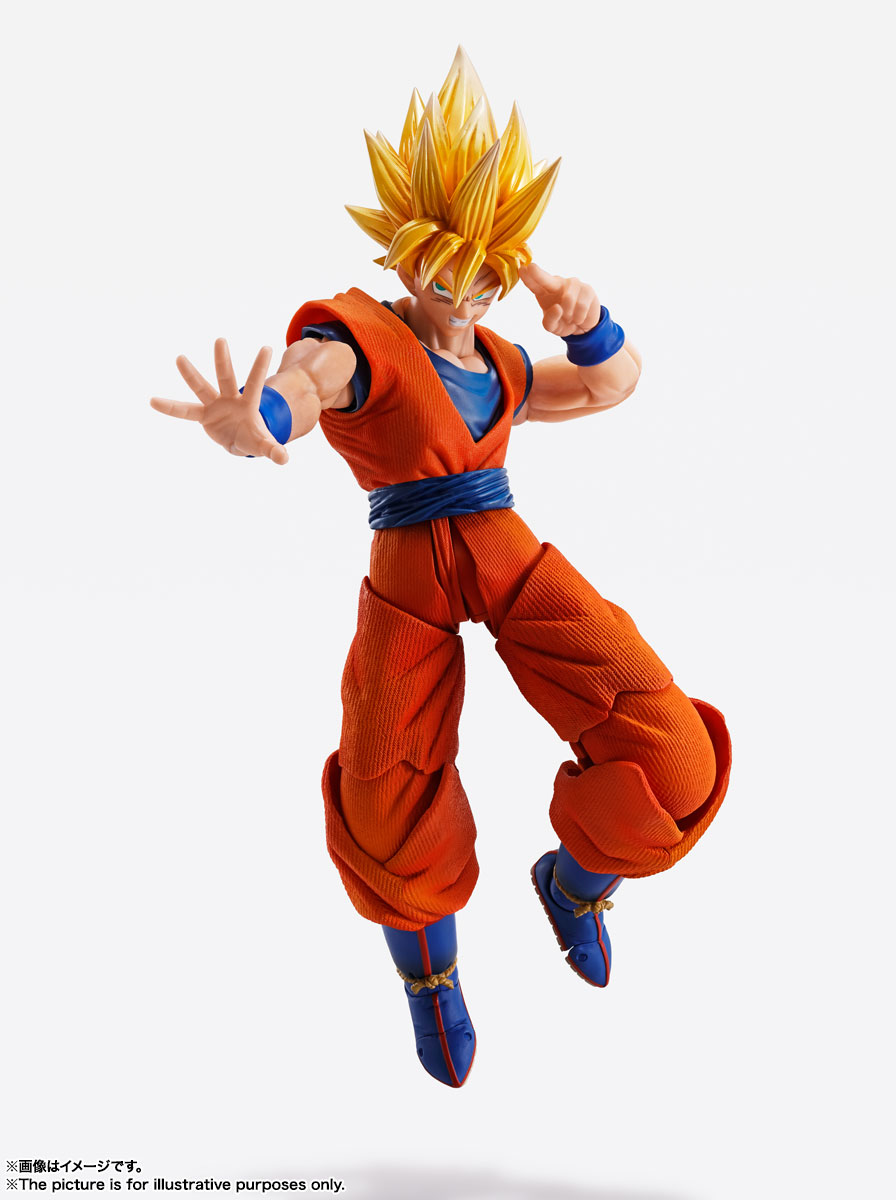 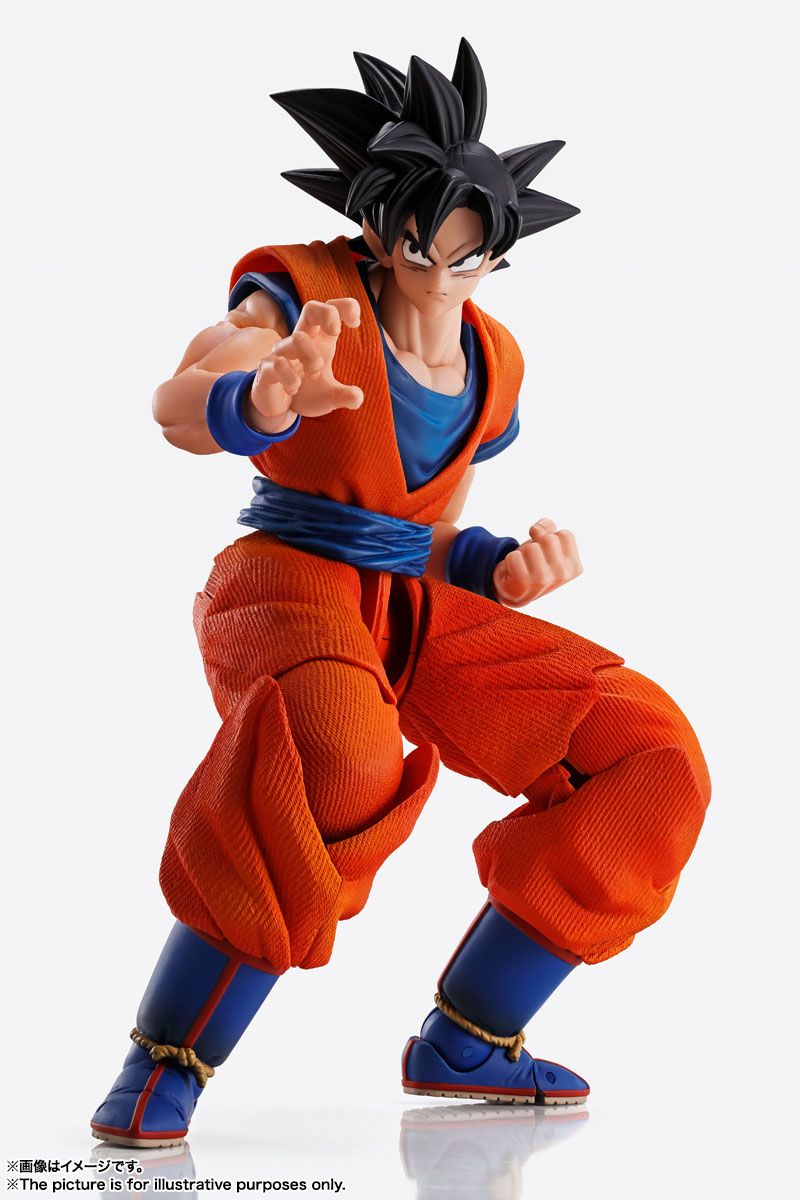 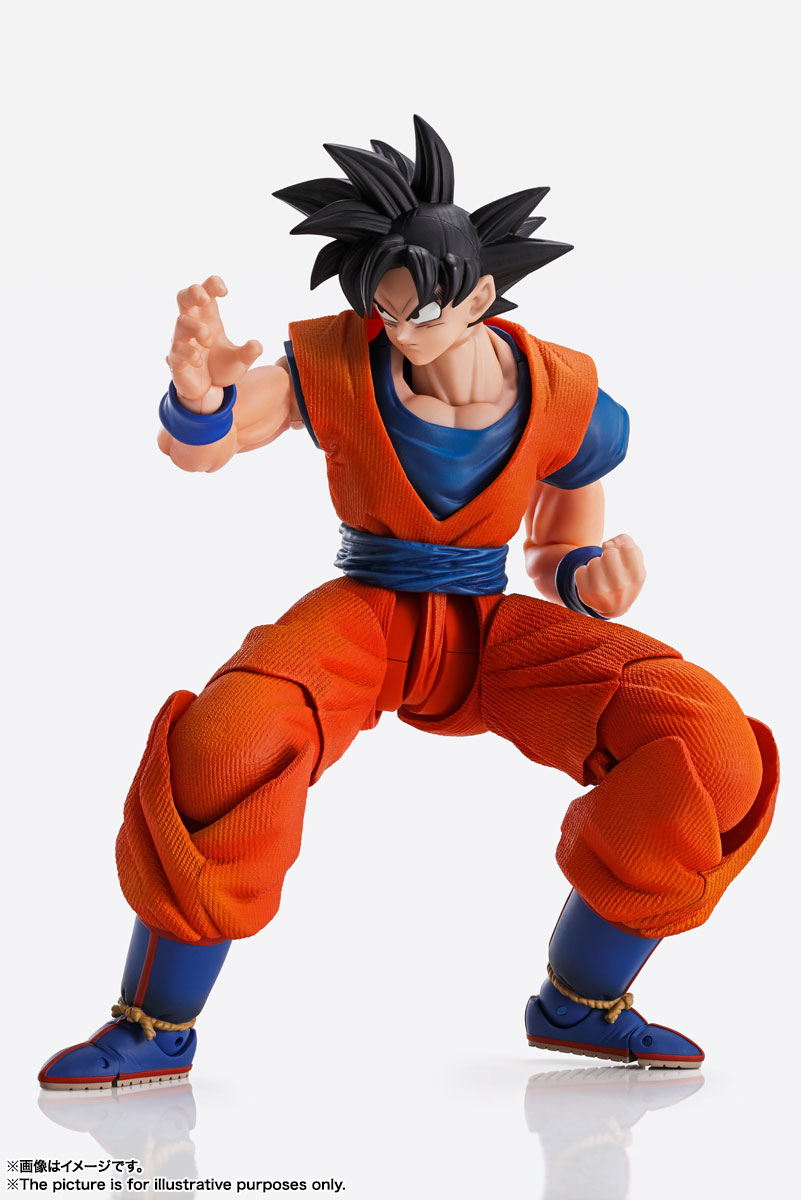 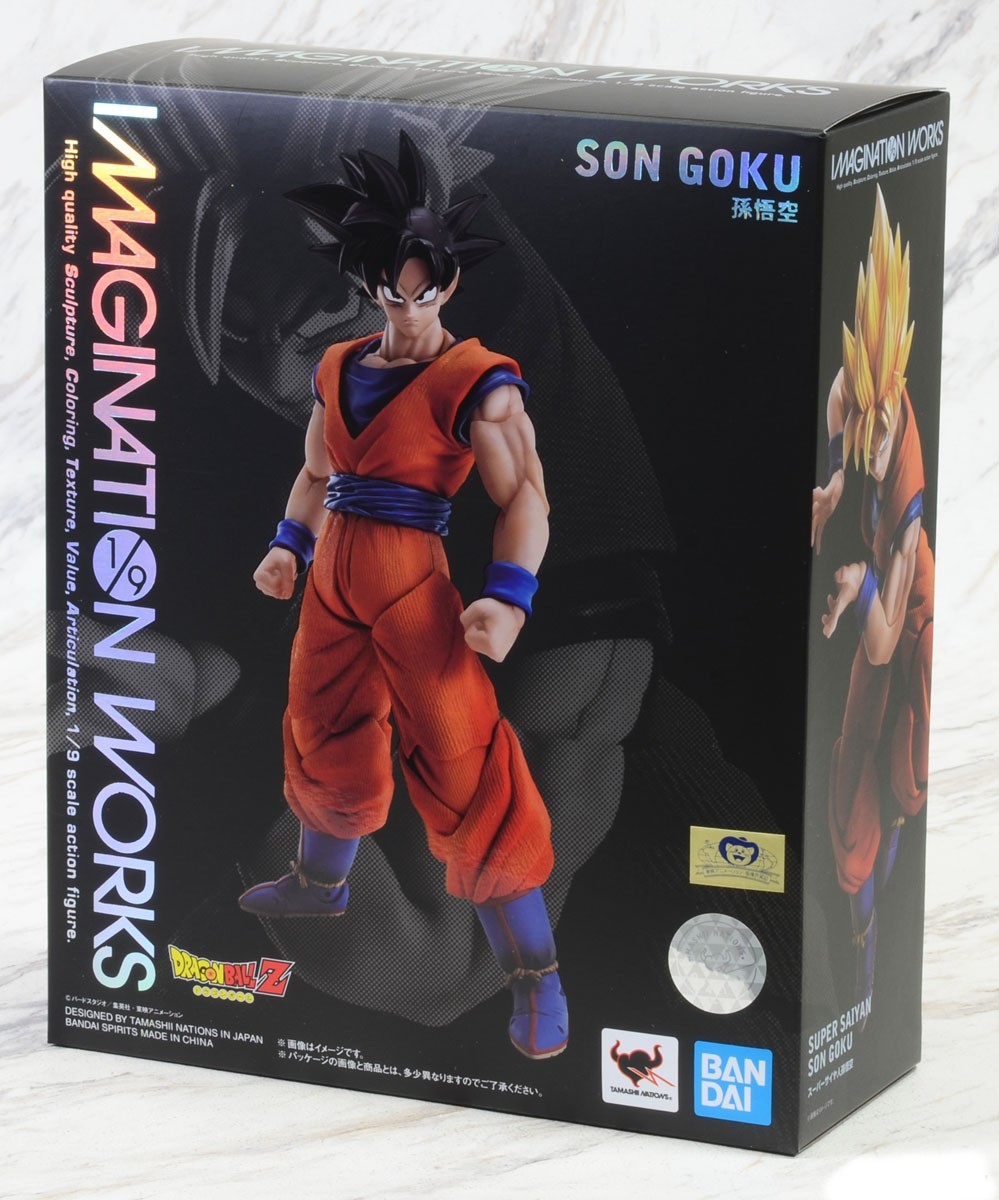 Tamashii Nations brings you to a new pinnacle of posable action figures: Imagination Works! The first release is Son Goku from Dragon Ball Z. Designed to bring this 2D character to ultra-realistic 3D life, it was created in 1/9 scale, which is larger than the standard 1/12, to capture accurate sculpting, exquisite detail, and the ultimate in visual appearance. That's what Imagination Works is all about!

The head features two-tone metallic coloring plus added highlights, accentuating its three-dimensionality while replicating his appearance from the anime. The addition of painted shadows brings out the detail in his outfit, for an even more realistic appearance. And the eyes are mounted separately, allowing them to be swapped to re-create different expressions. The arms feature a newly developed "seamless" material that hides the seam lines where natural musculature would be. Each Two types of facial expression parts and three types of eye parts are included for black hair and Super Saiyan, and you can reproduce up to 12 patterns.