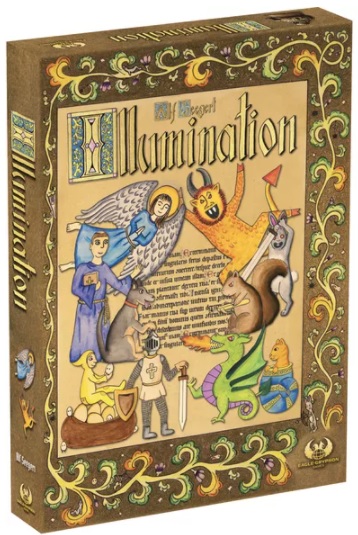 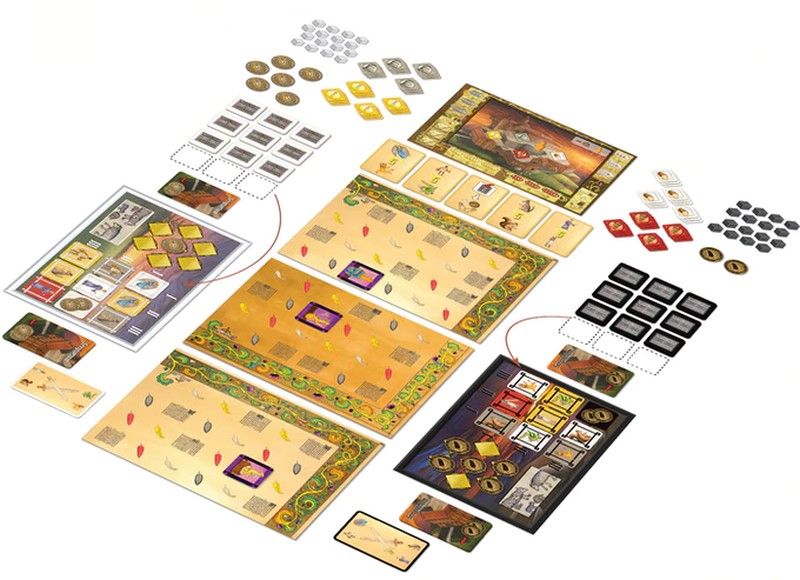 Illumination is a game of Mad Medieval Monks and Illuminated Manuscripts.

Each turn, players create illuminations in three Books by placing one full row or column of tiles of their choice from their Player mat. With careful placement, players collect Coins that allow them to perform special actions or purchase Scriptorium cards. By placing tiles next to others of matching color, players collect Ritual tokens to score points at the Ritual stations in the Monastery when they are occupied by the Abbot.

As tiles are placed in Books, conflicts are set in motion: Angels wrestle with Demons, Knights skirmish with Dragons, Monks contend with Rabbits, and Dogs struggle with Squirrels. These conflicts are resolved only when they are bounded on all sides. Then, the player with more tiles on their side wins the
Bounded Battle, flips the losing side’s tiles facedown, and places their Marker on the matching Battle card.

When the game ends, players score points for the Rituals recorded on the Monastery mat and 1 point for each of their faceup Illumination tiles in each Book. Players also score points for placing more Markers on Battle cards and for defeated factions that match their Crusade card. The player with more points wins!