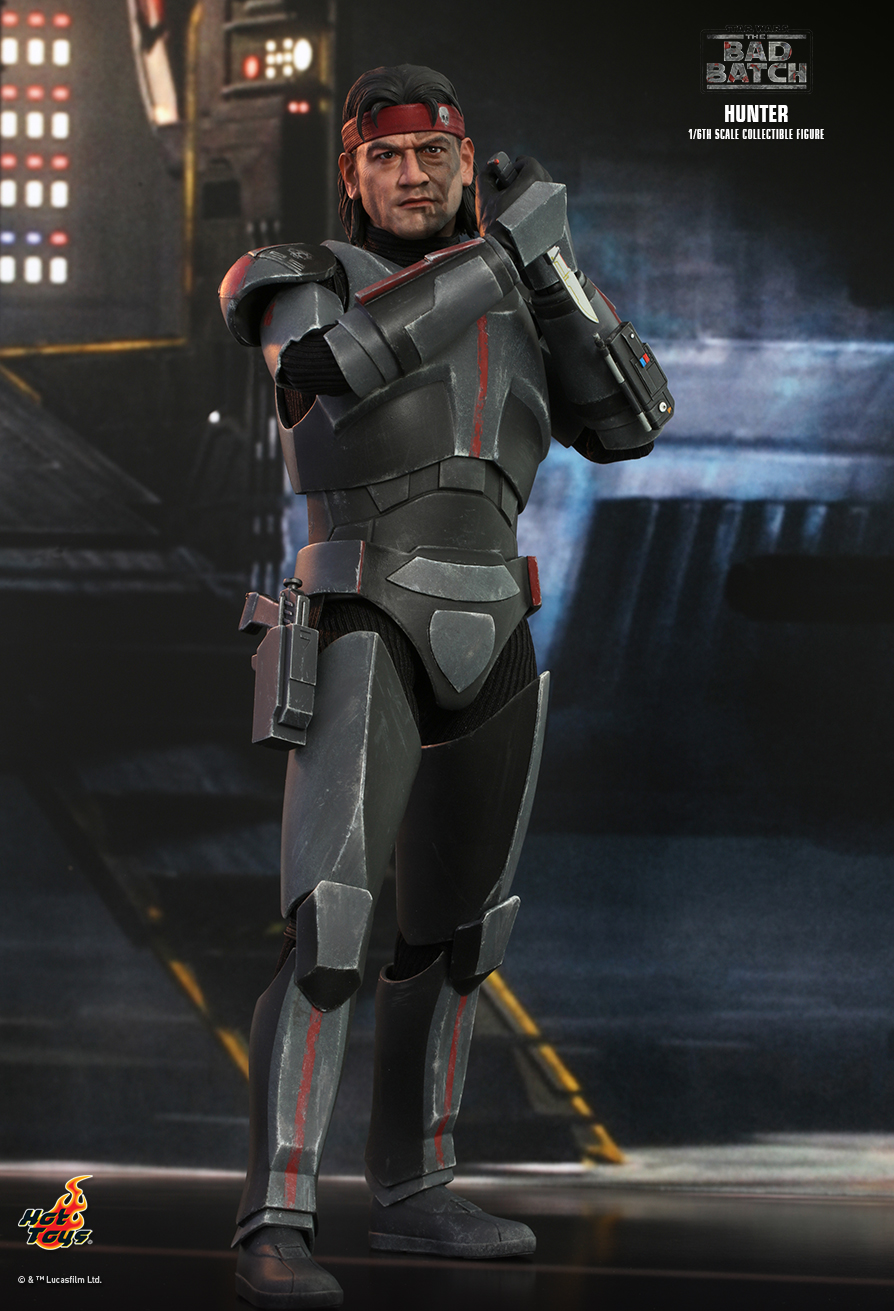 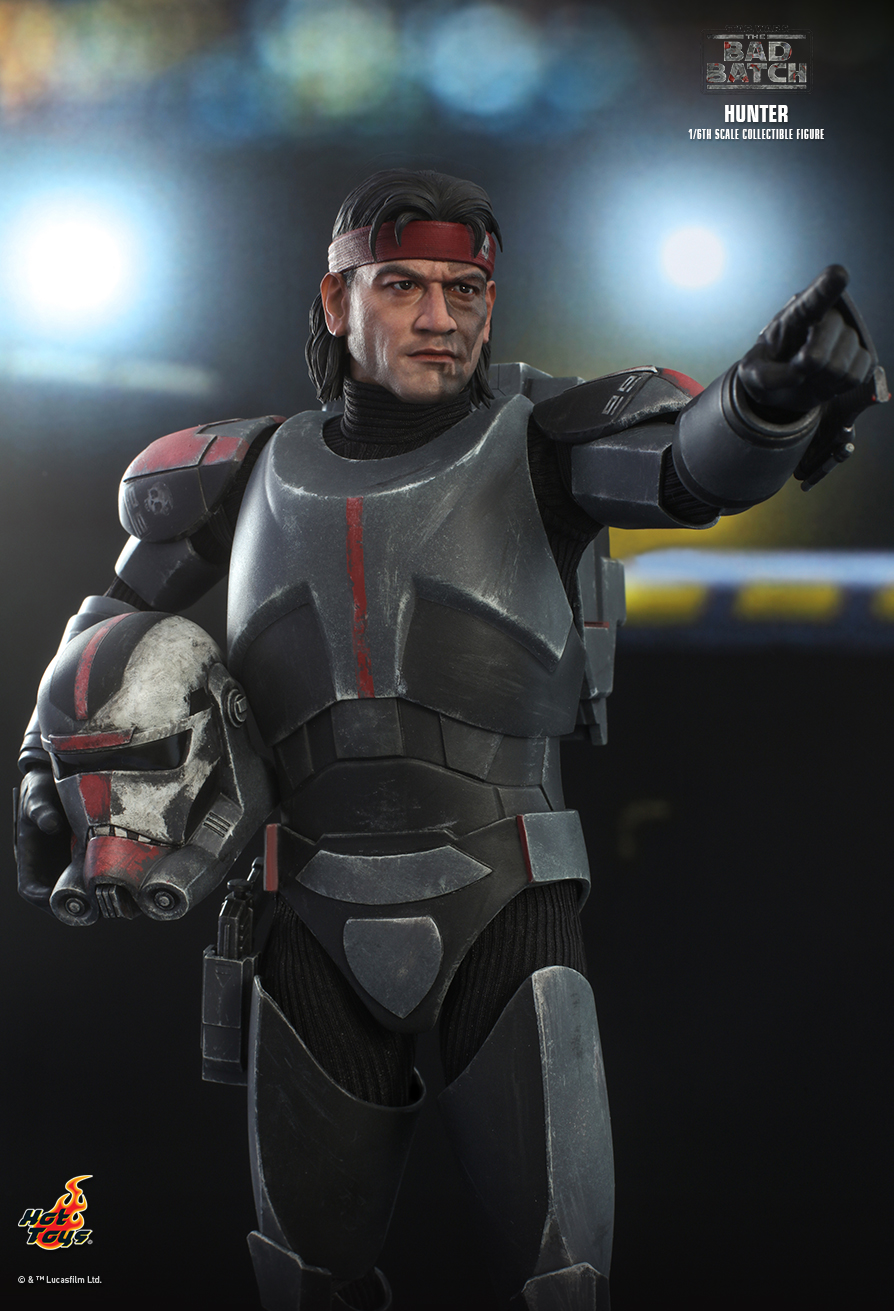 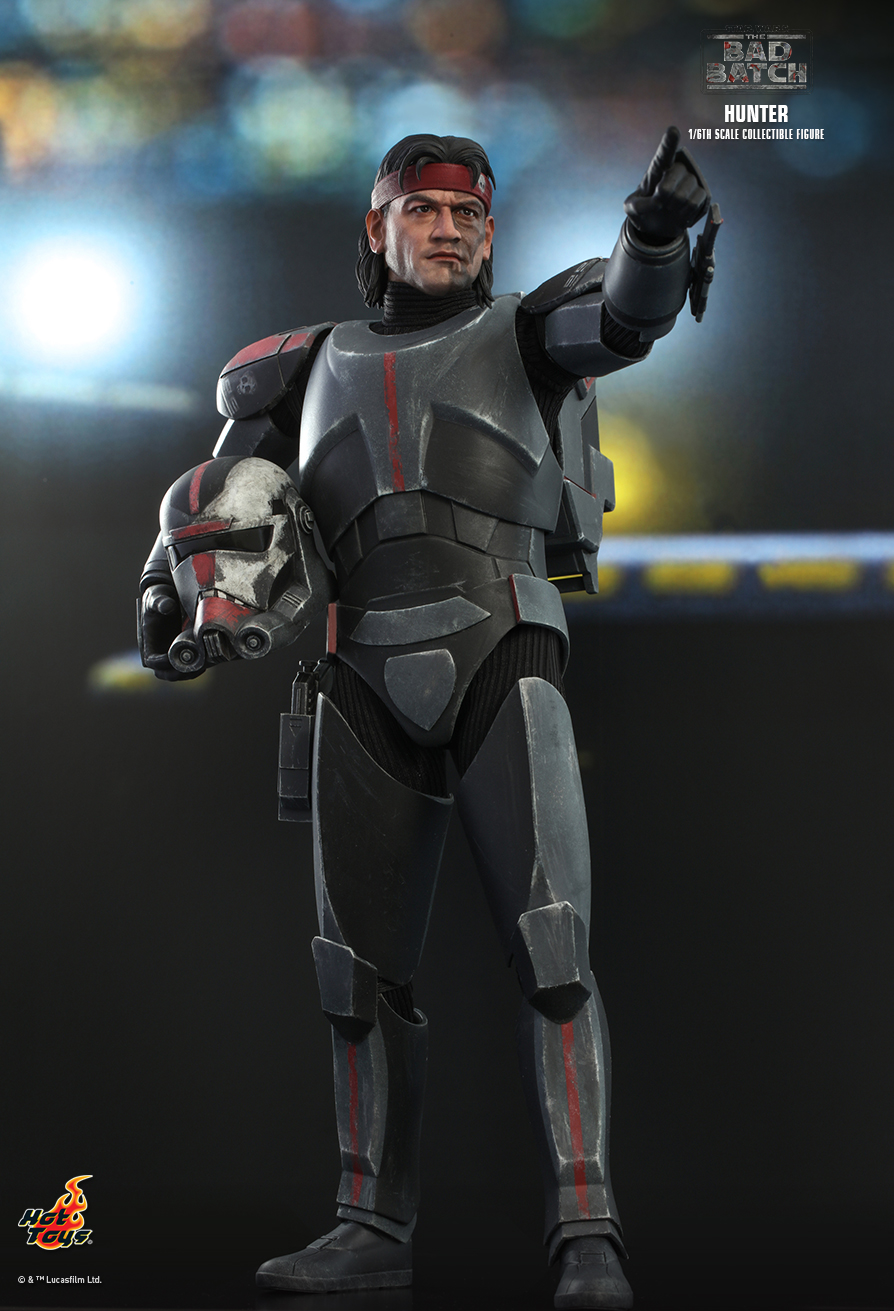 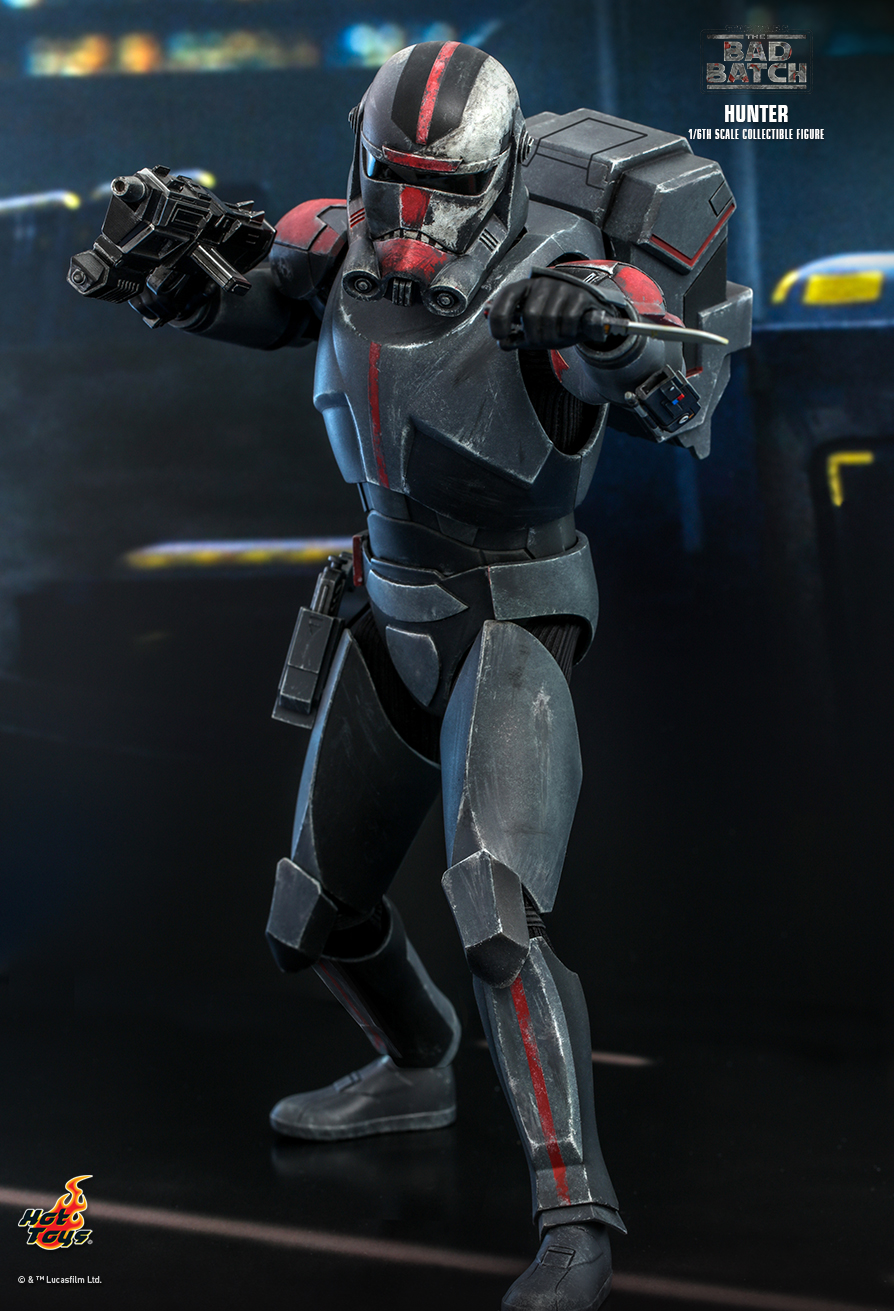 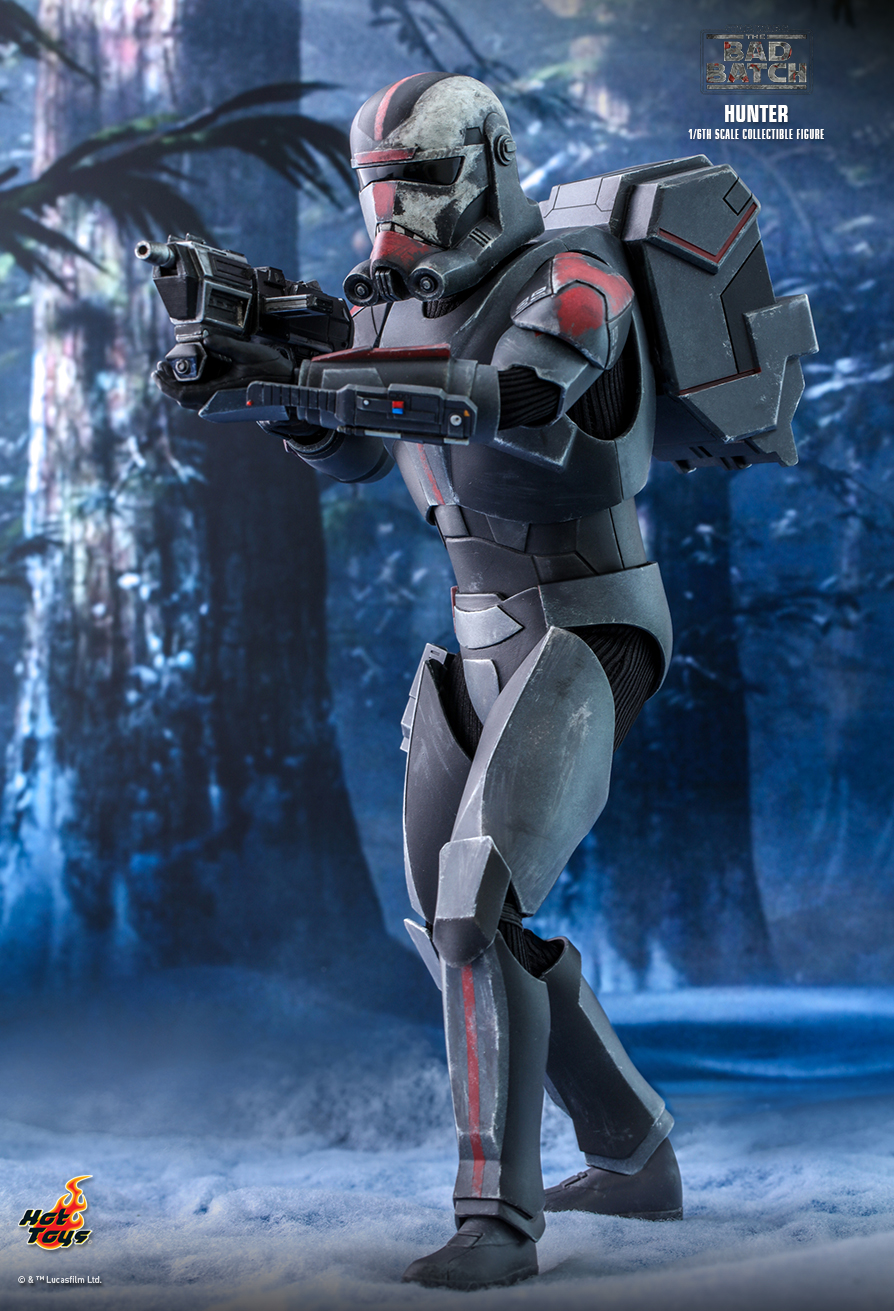 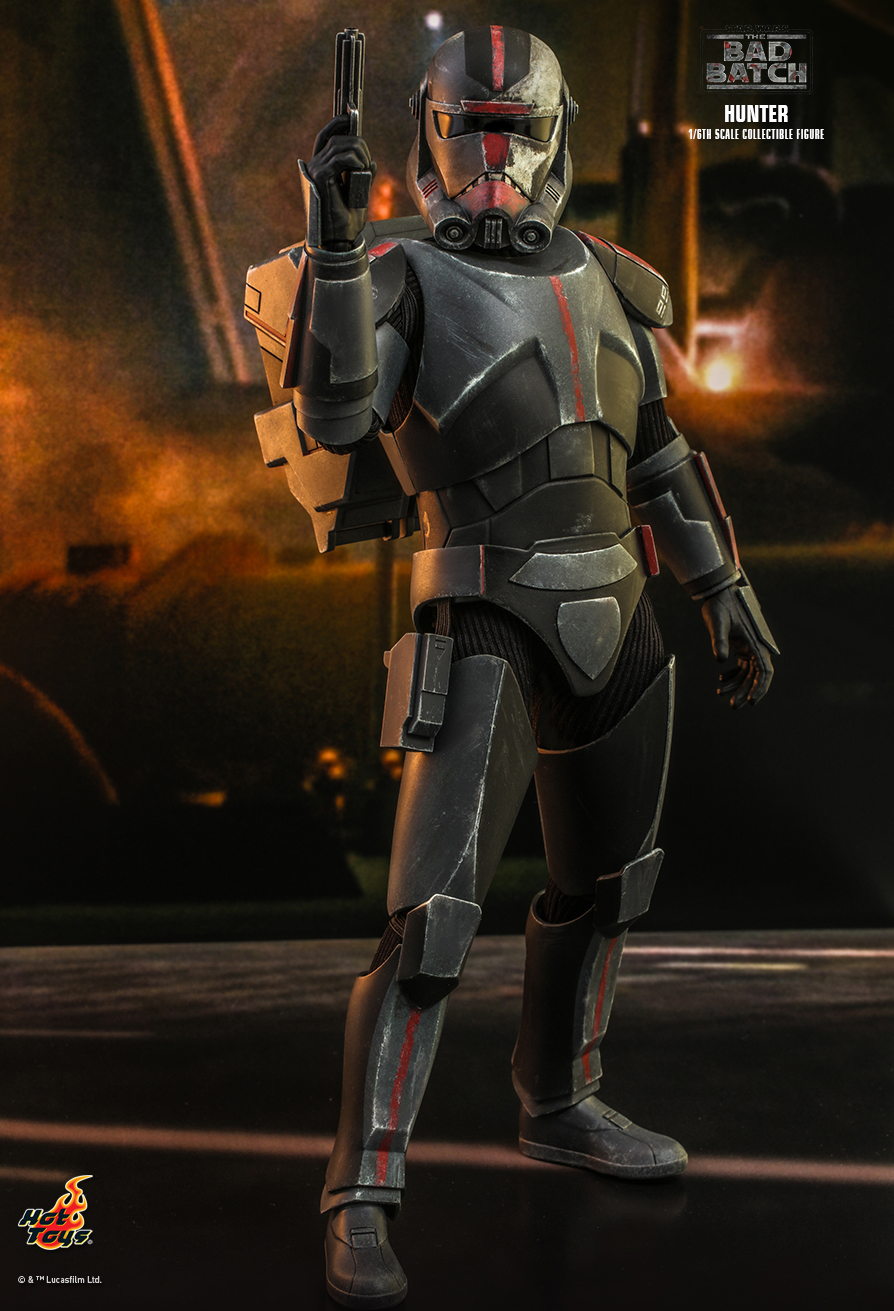 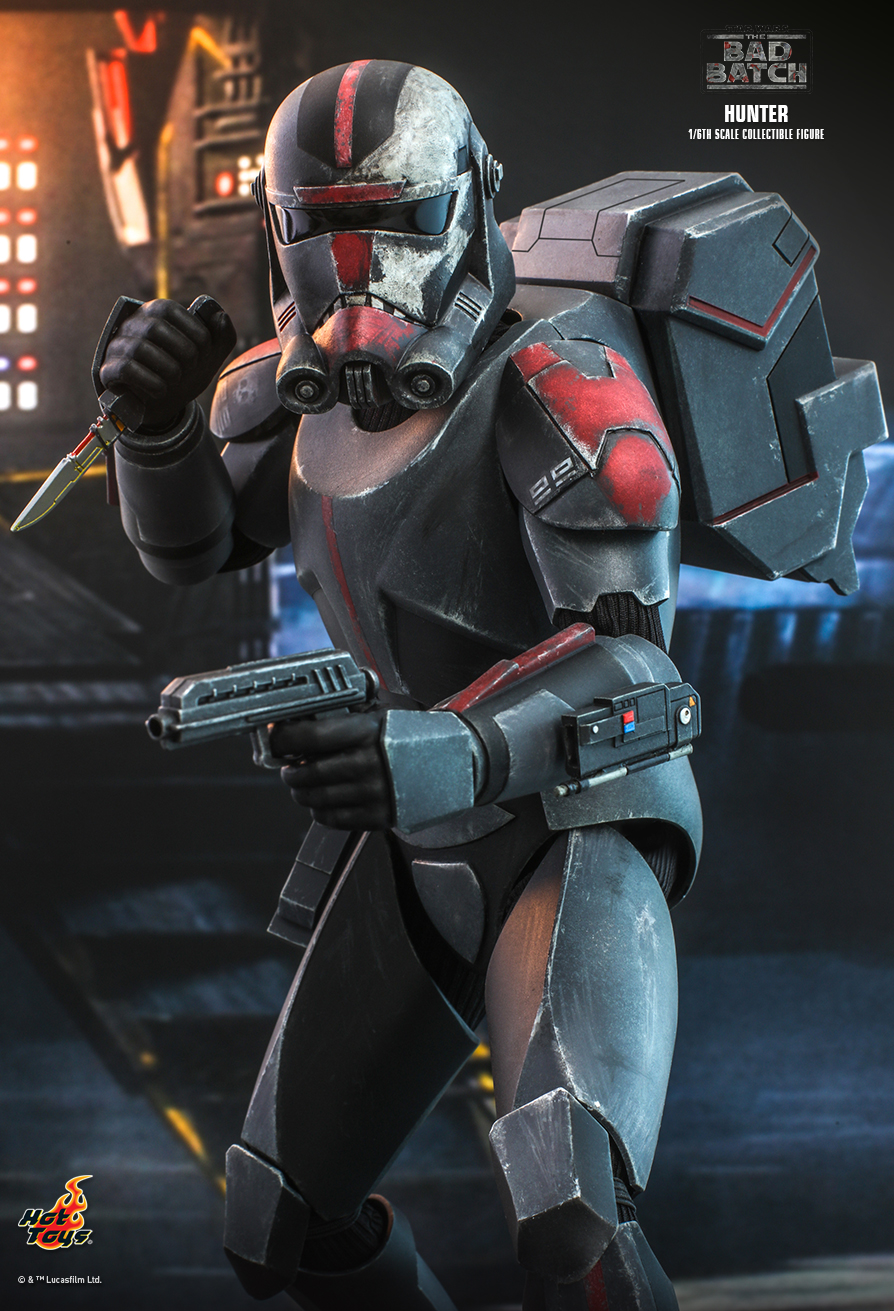 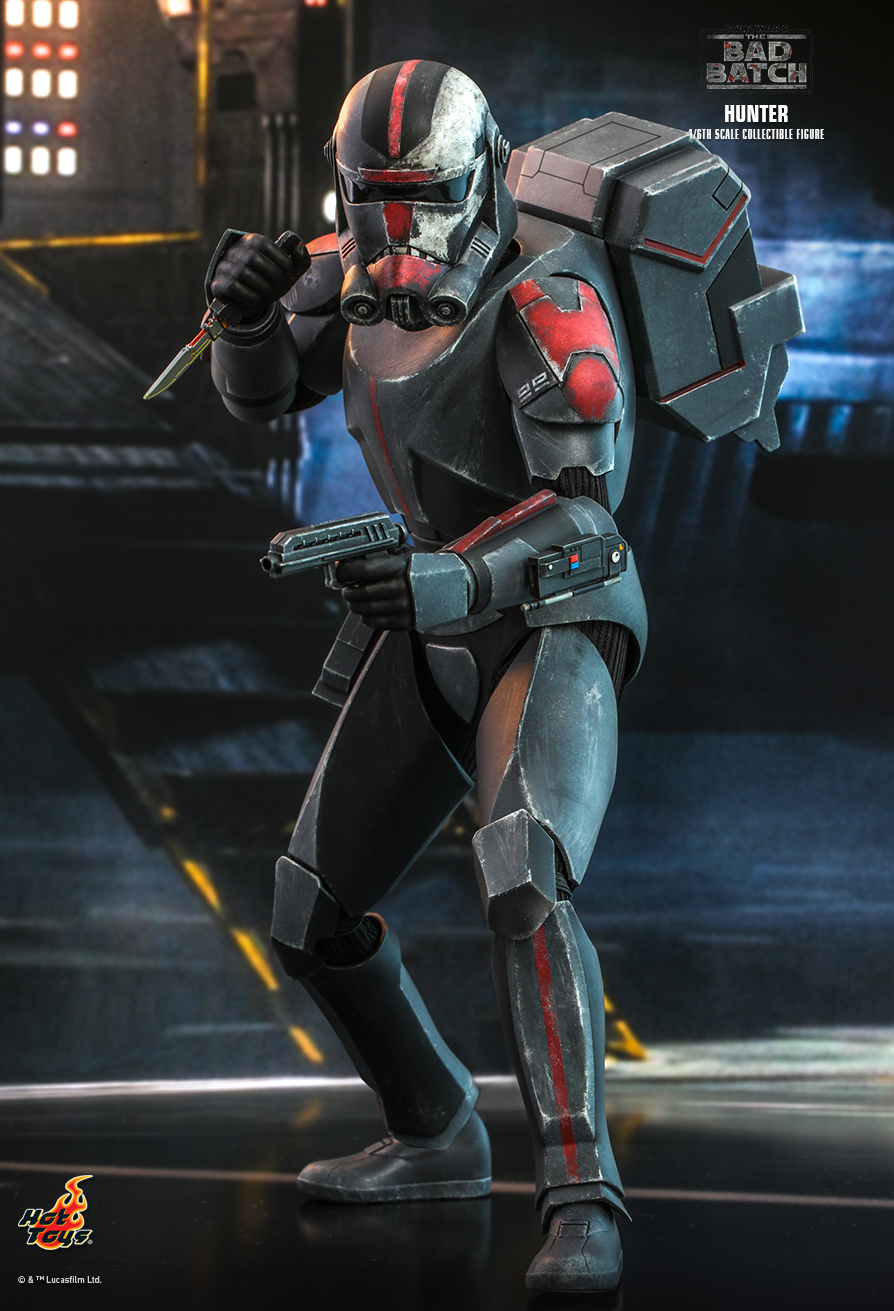 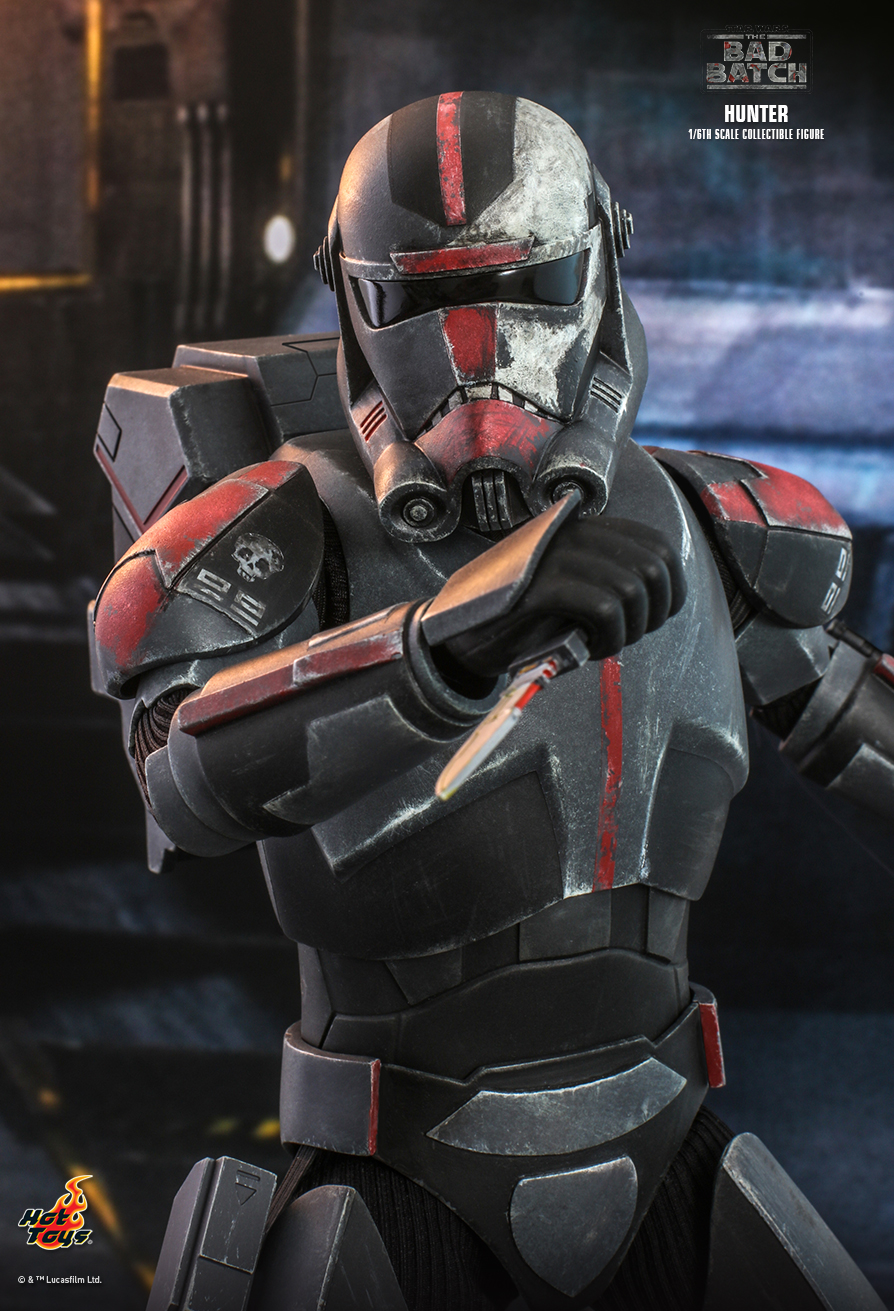 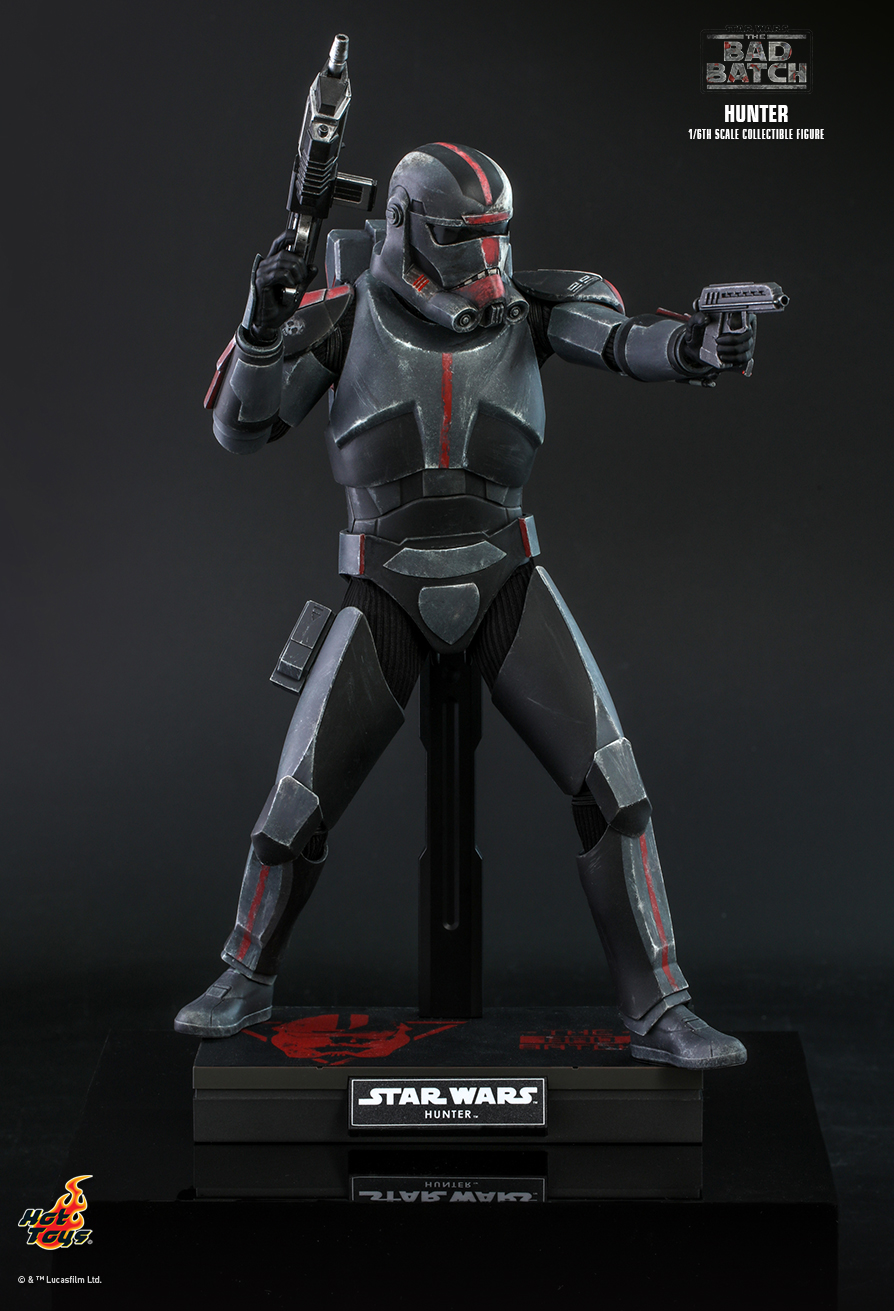 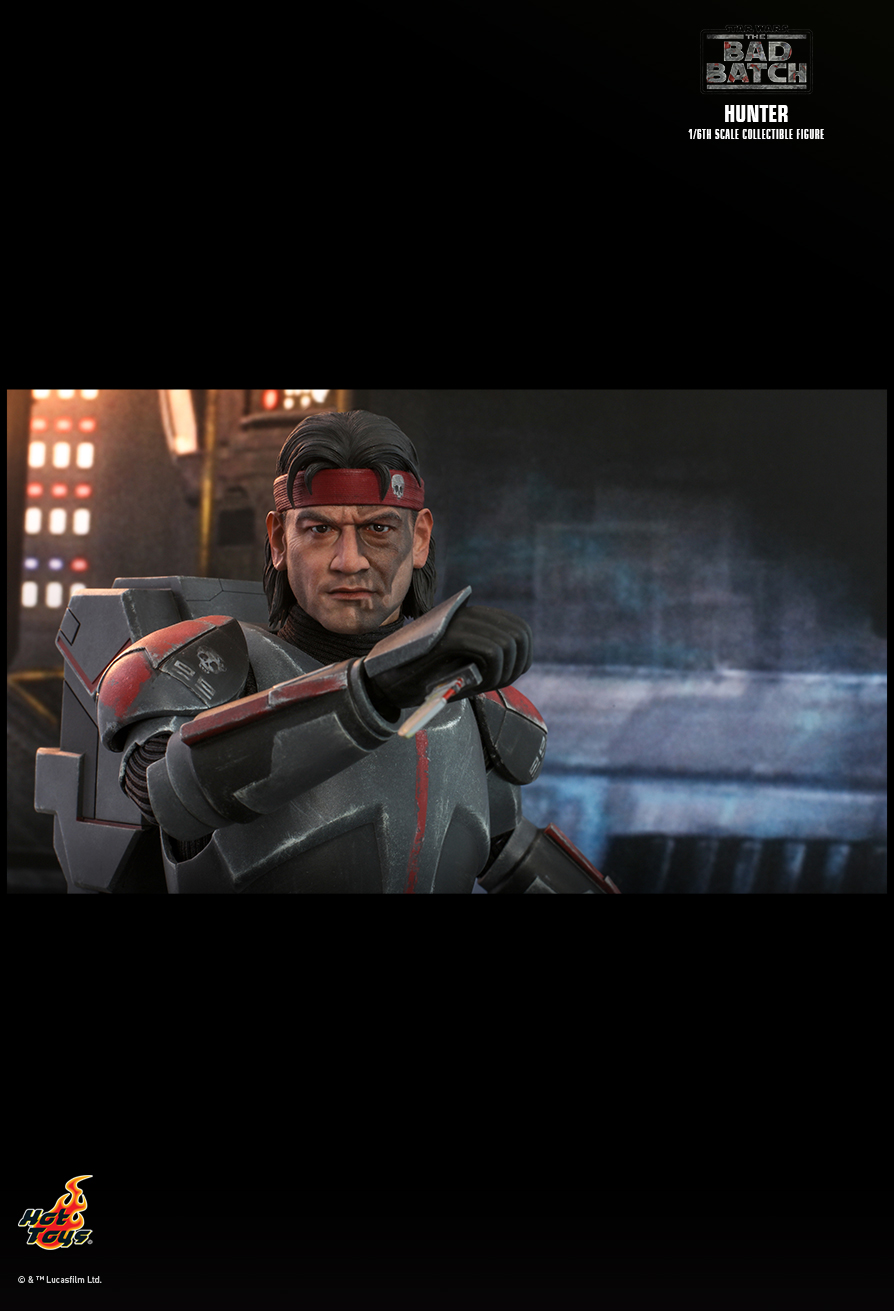 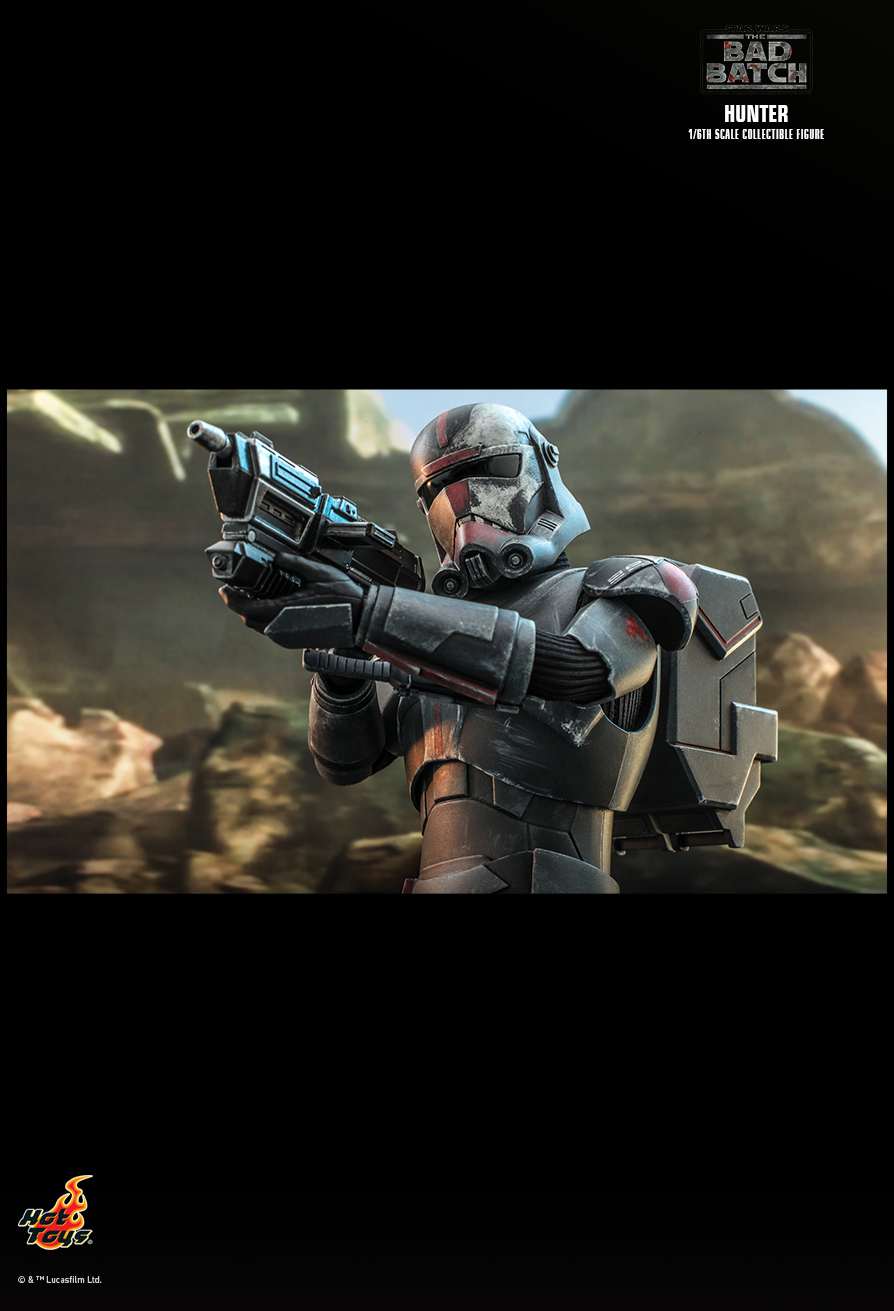 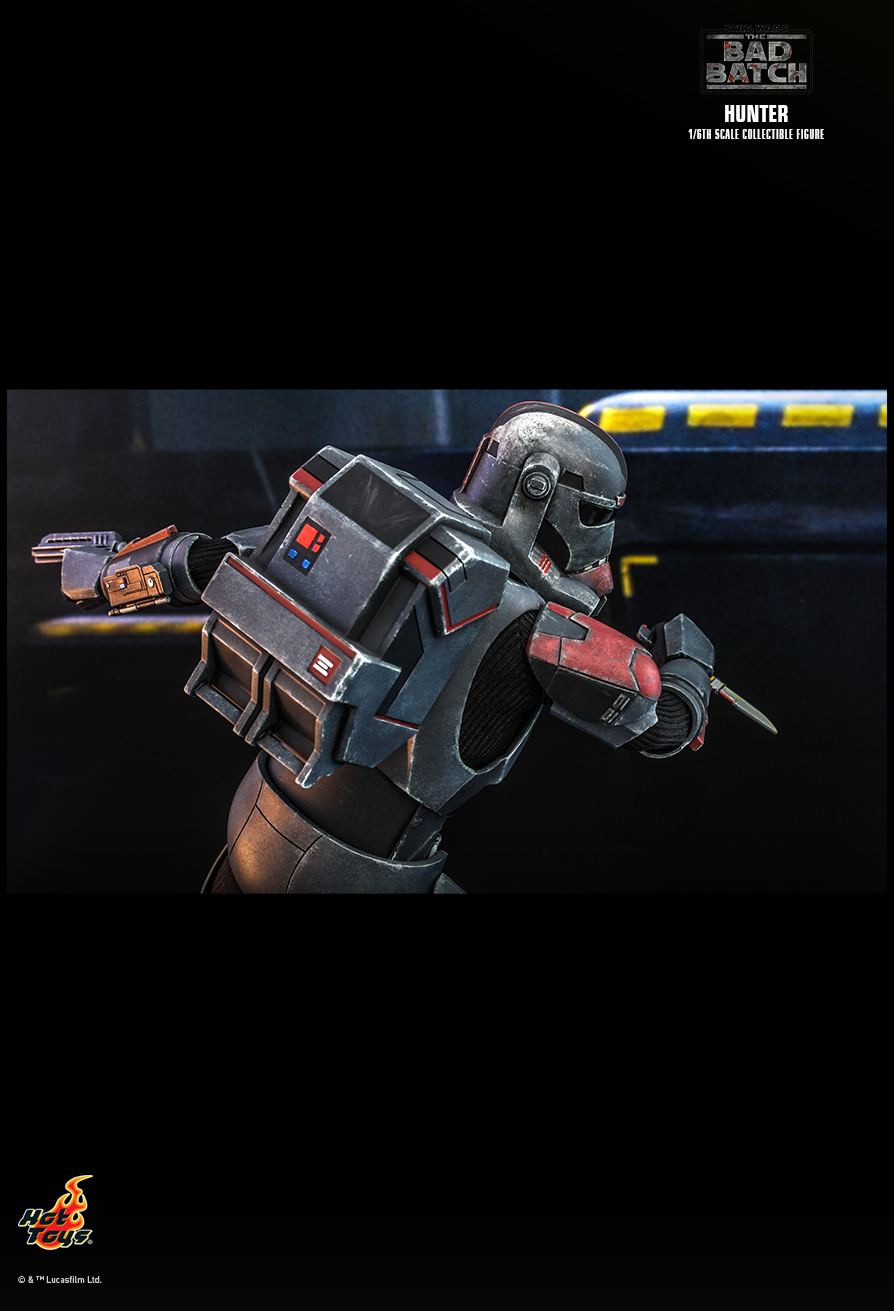 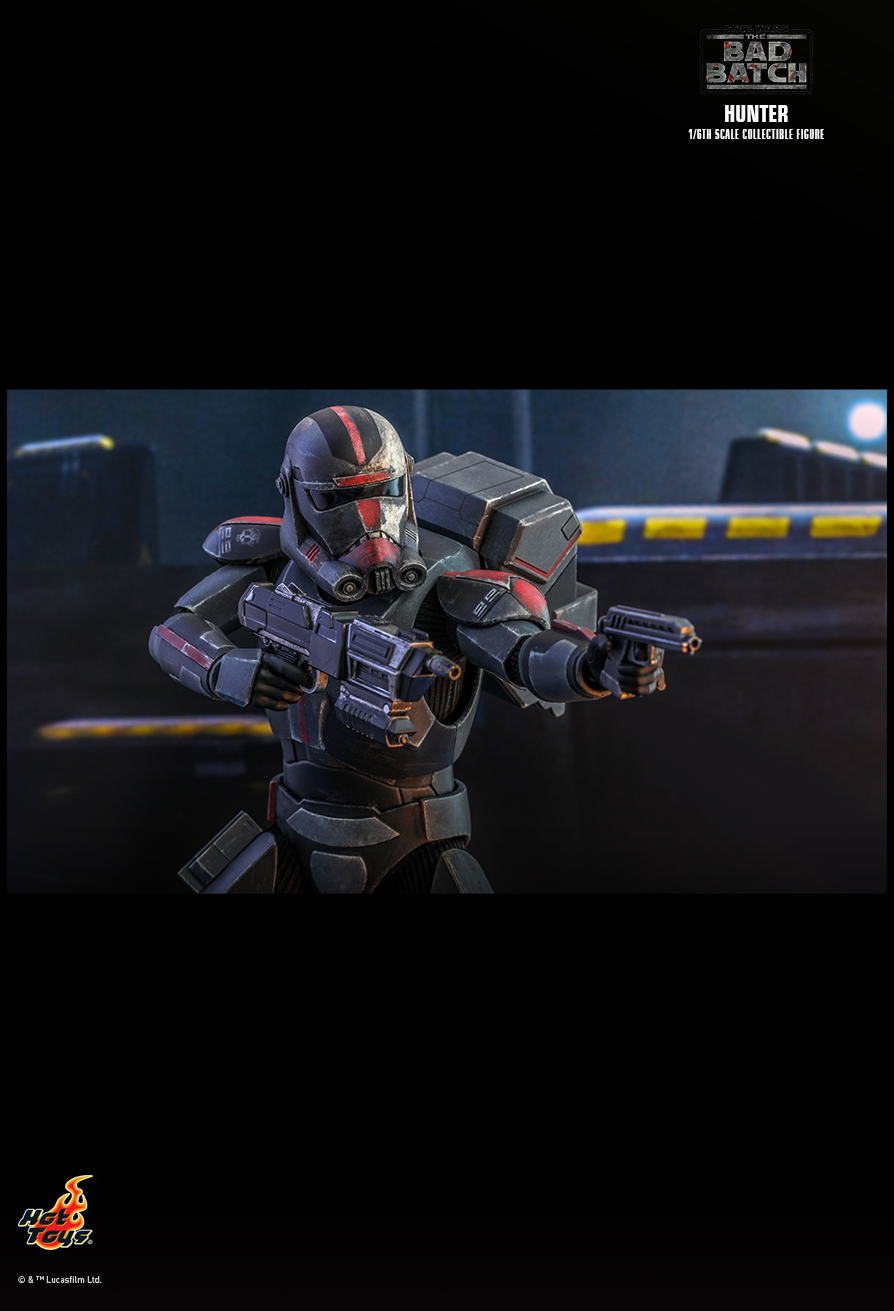 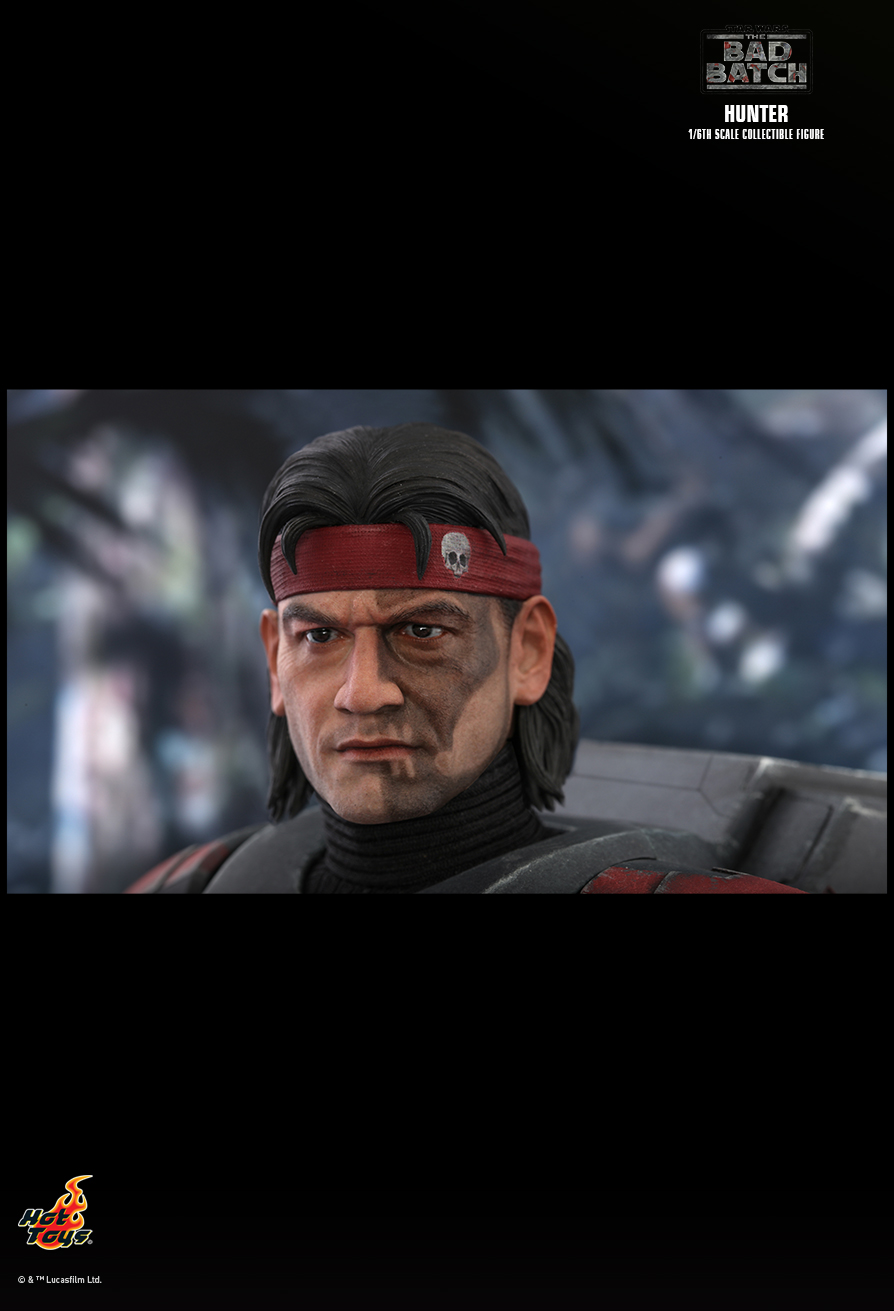 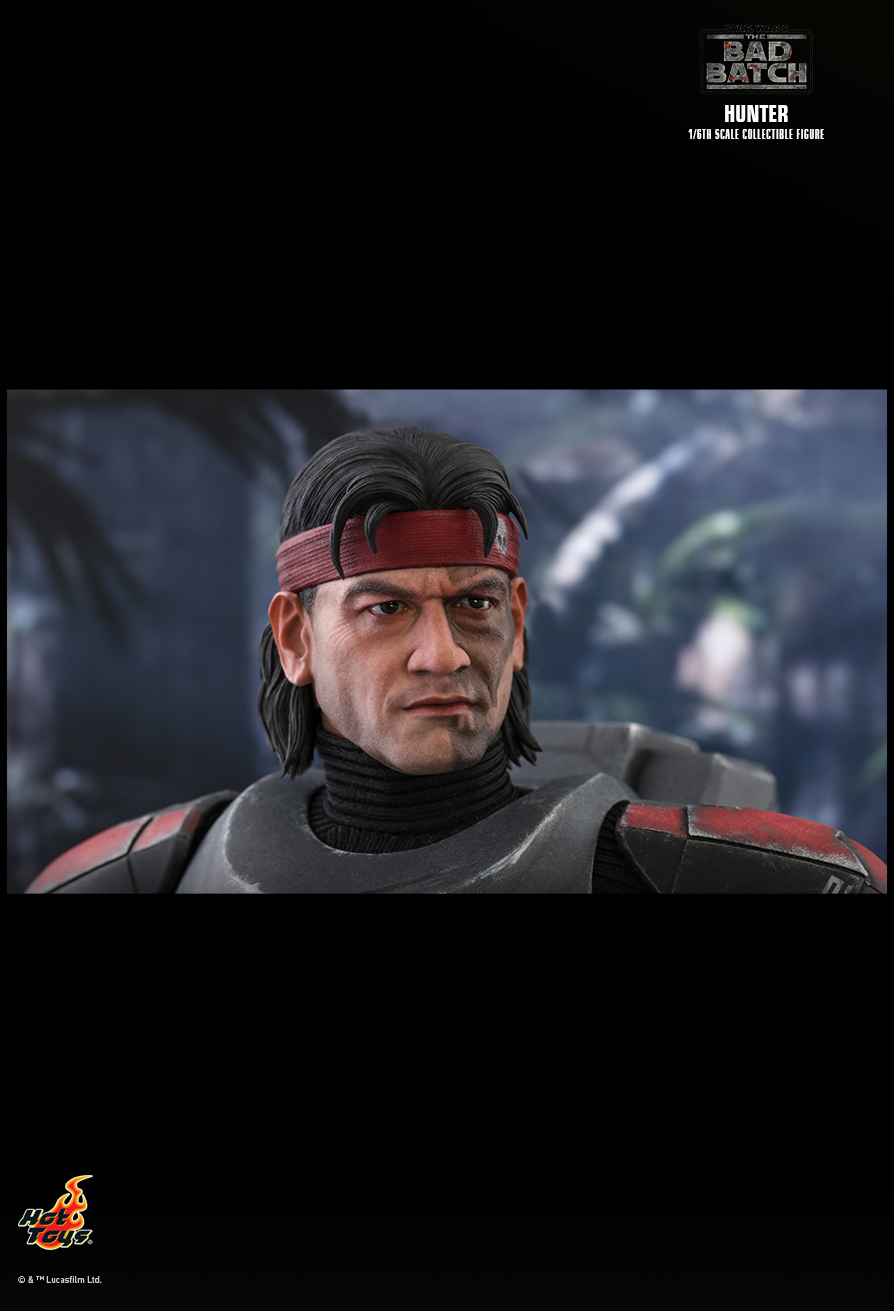 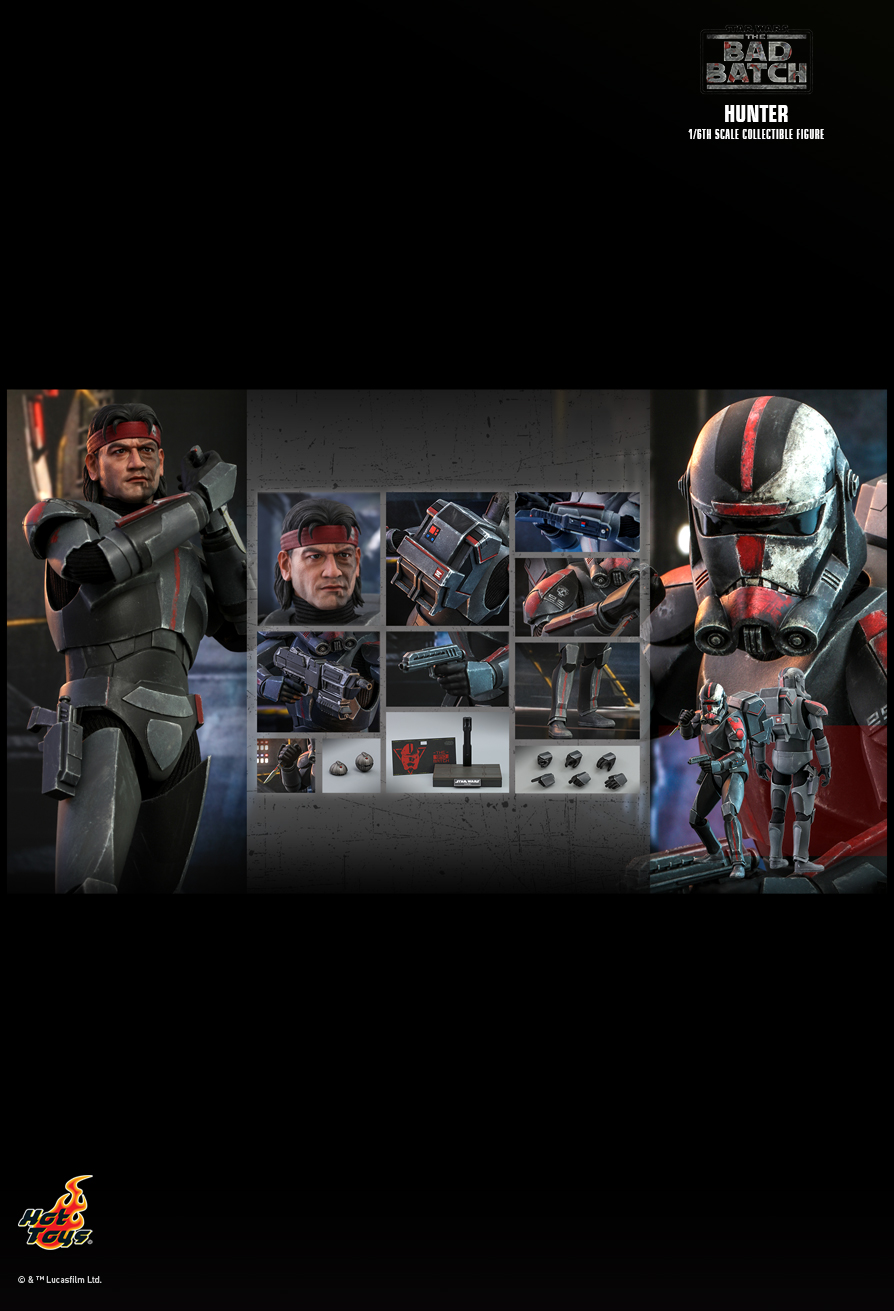 The Bad Batch, technically known as Clone Force 99™, is the result of Kaminoan™ experiments to create a specialist unit of clone commandos. Hunter, their leader, is a strong and stoic soldier. Hunter has extraordinarily keen senses that give him an edge when tracking down his targets.

The highly-accurate collectible figure features meticulously developed recreation of Hunter’s armor and helmet with weathering effects, interchangeable head sculpt with wonderful likeness, a military backpack, a range of weapons, and a specially designed display base!

The focused leader of the Bad Batch will surely be a welcomed addition to your Star Wars collection!