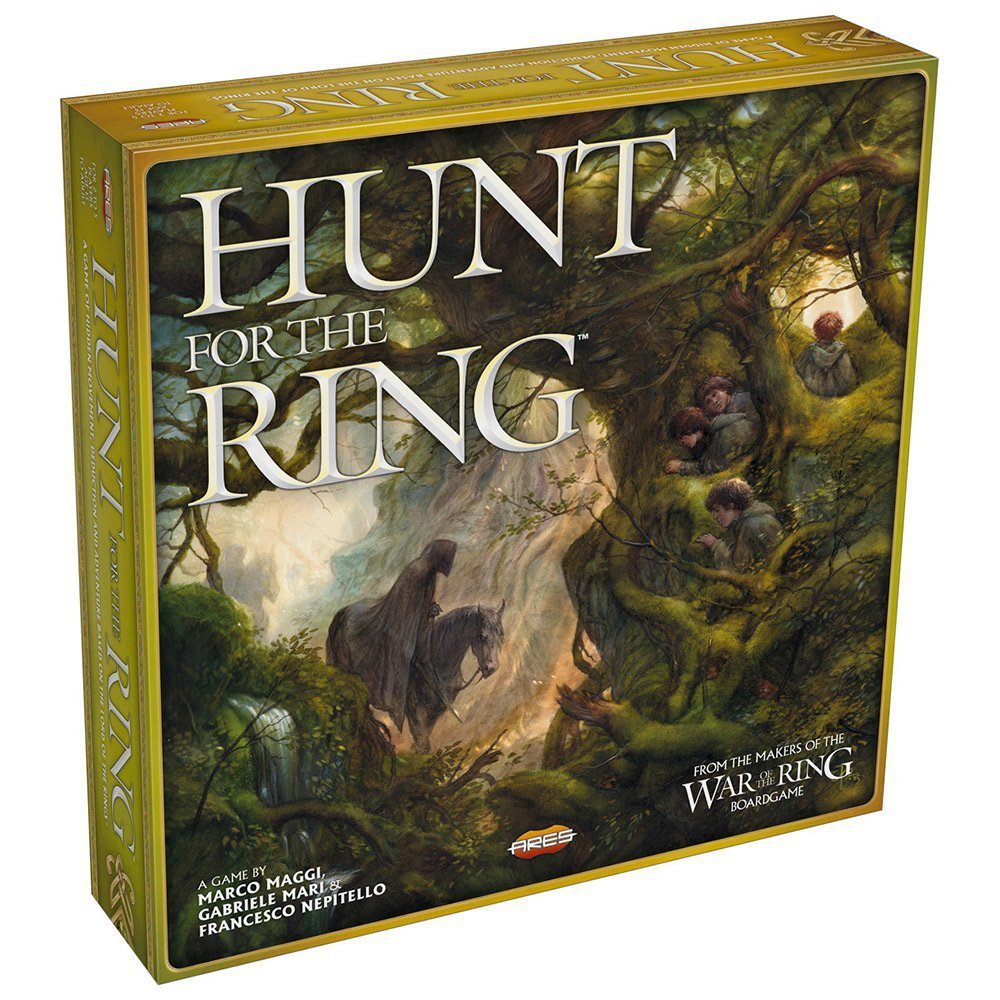 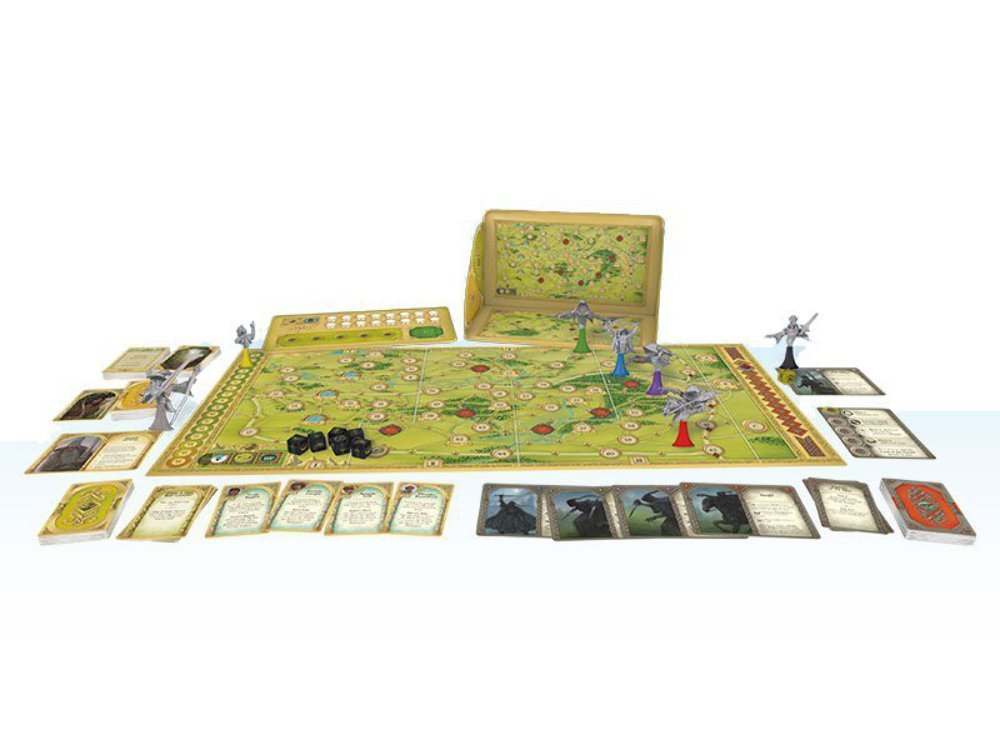 Hunt for the Ring

In Hunt for the Ring, one player takes the role of Frodo and his companions, who are journeying from the Shire to Rivendell, while up to four other players represent the NazgÃ»l who are trying to hunt down the hobbits. While traveling, Frodo and others must resist being corrupted by the Ring that he wears.

Hunt for the Ring is a hidden movement game played in two chapters, with each chapter being played on a different game board. In the first chapter, the Frodo player attempts to move from the Shire to Bree, gaining corruption points if they fail to do so after sixteen turns. If the Frodo player succeeds, they can either record their exit point (and other game details) to play the second chapter at a later time, or they can continue immediately, with the second chapter having the Frodo player move from Bree to Rivendell. In this chapter, the Frodo player doesn't control the hobbits directly, but instead draws cards from a journey deck, with each card showing one of many paths to Rivendell.