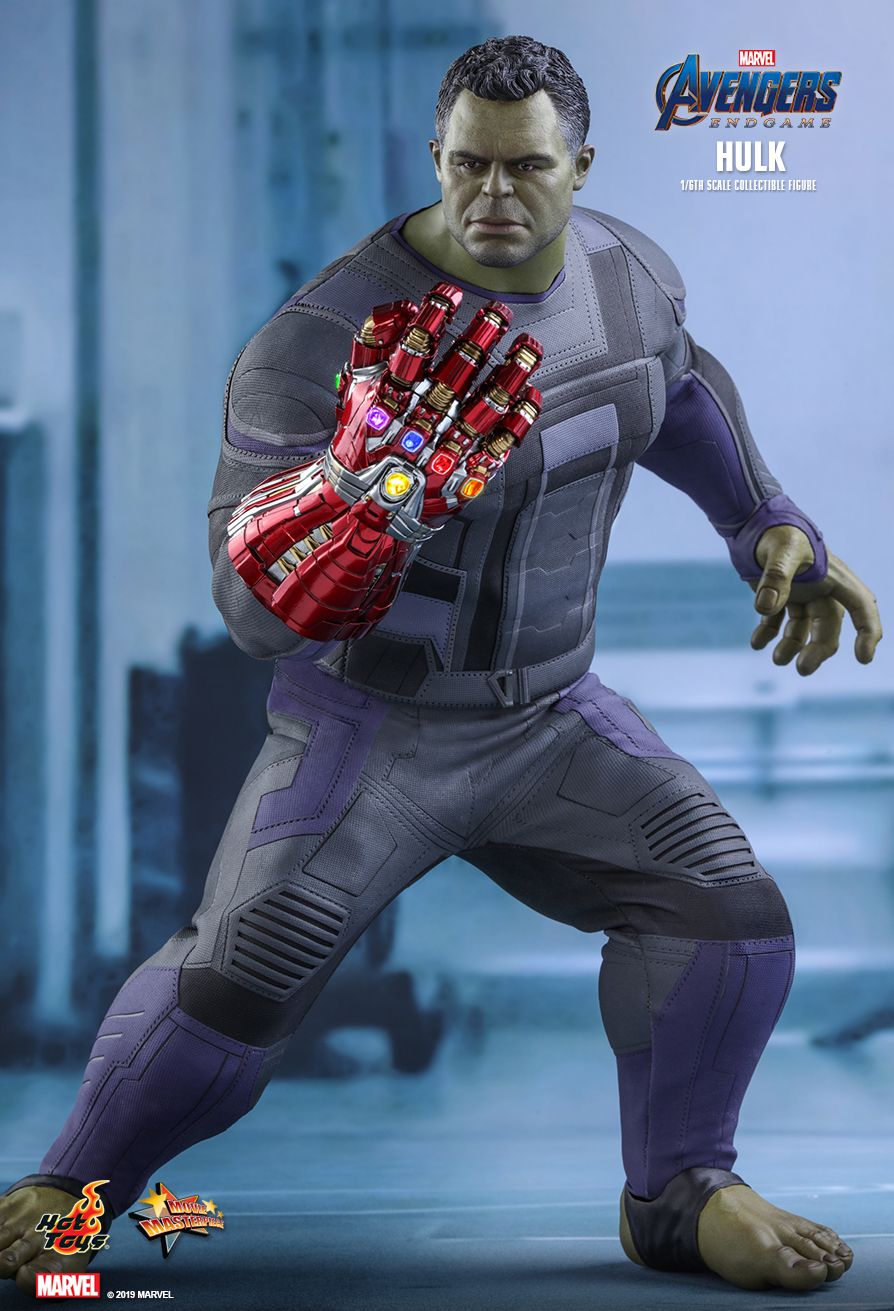 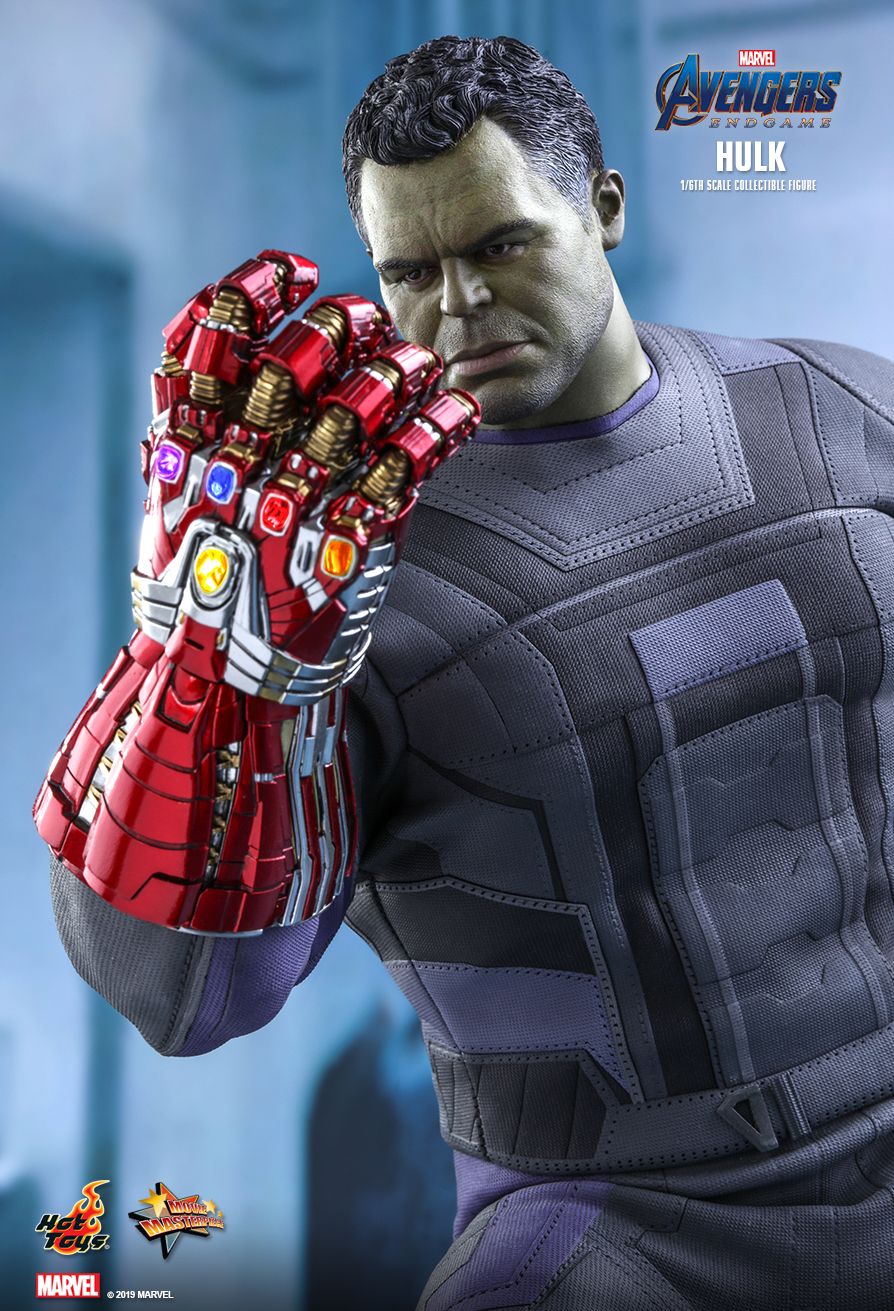 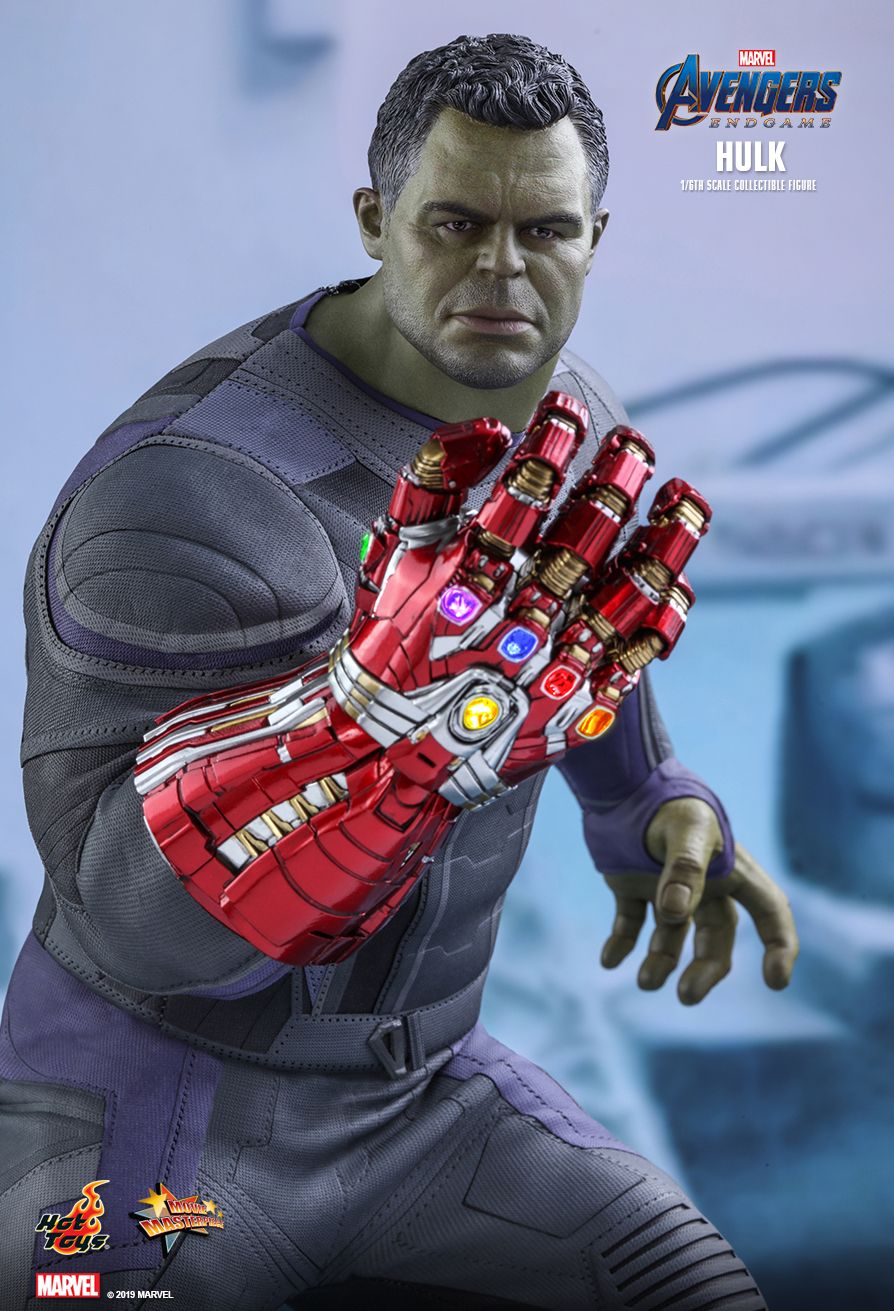 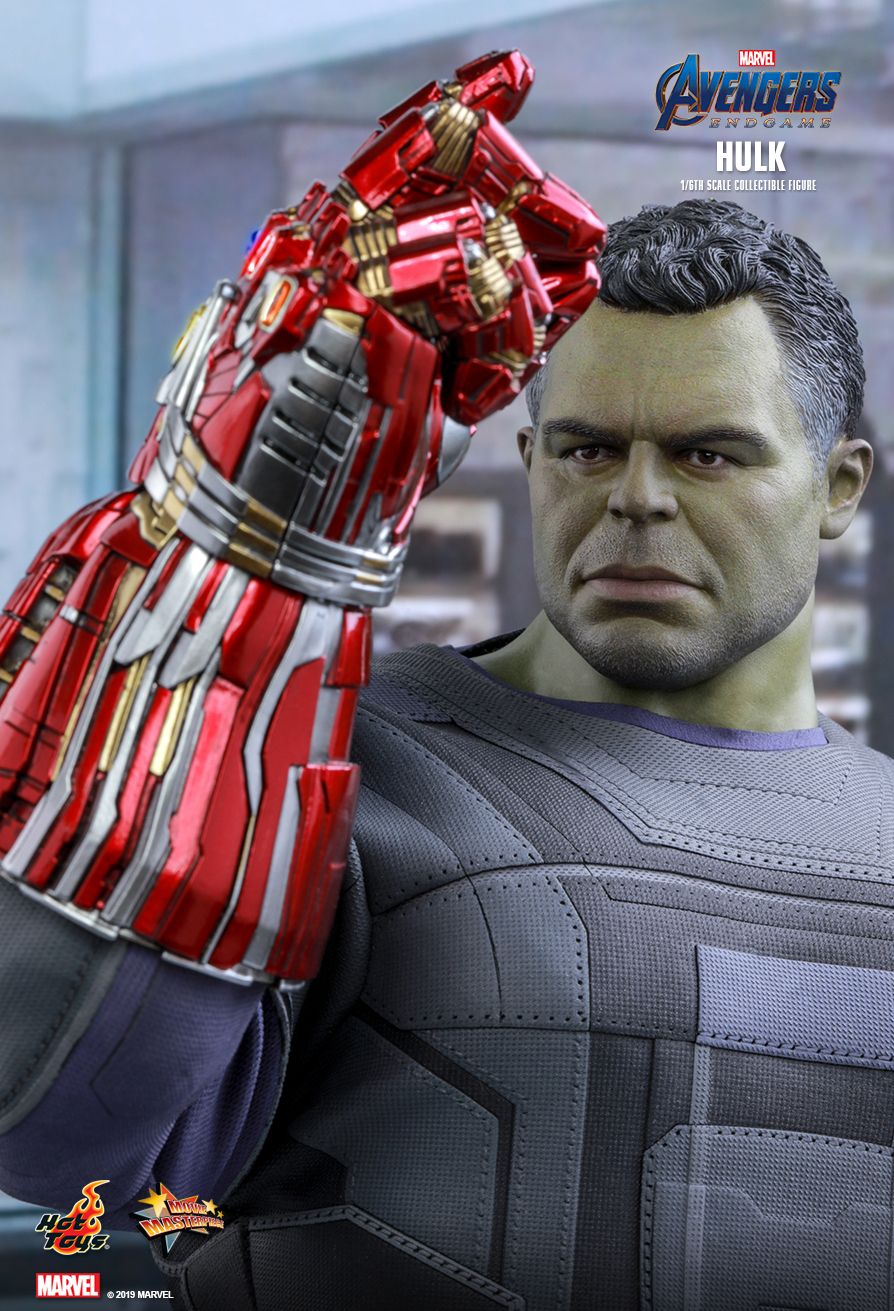 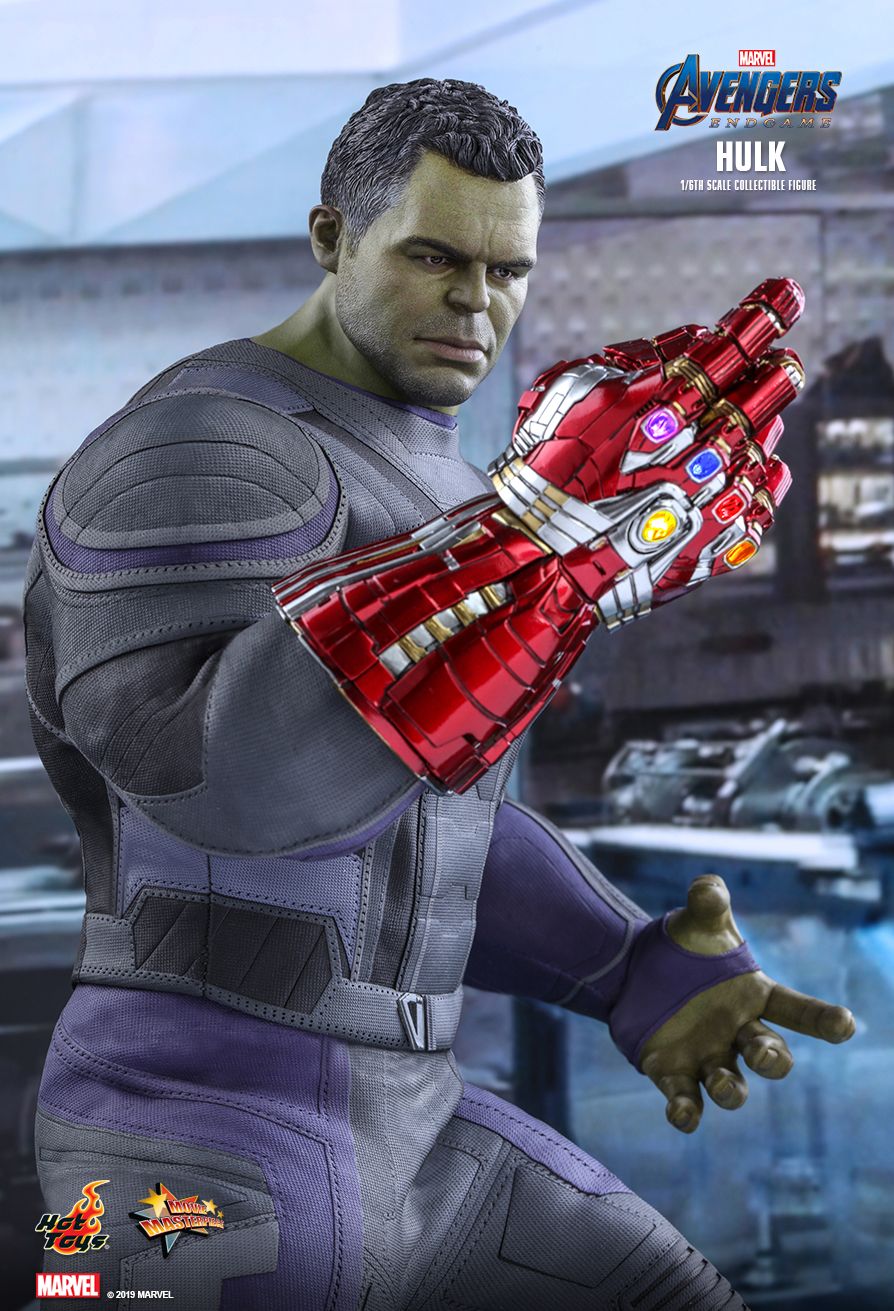 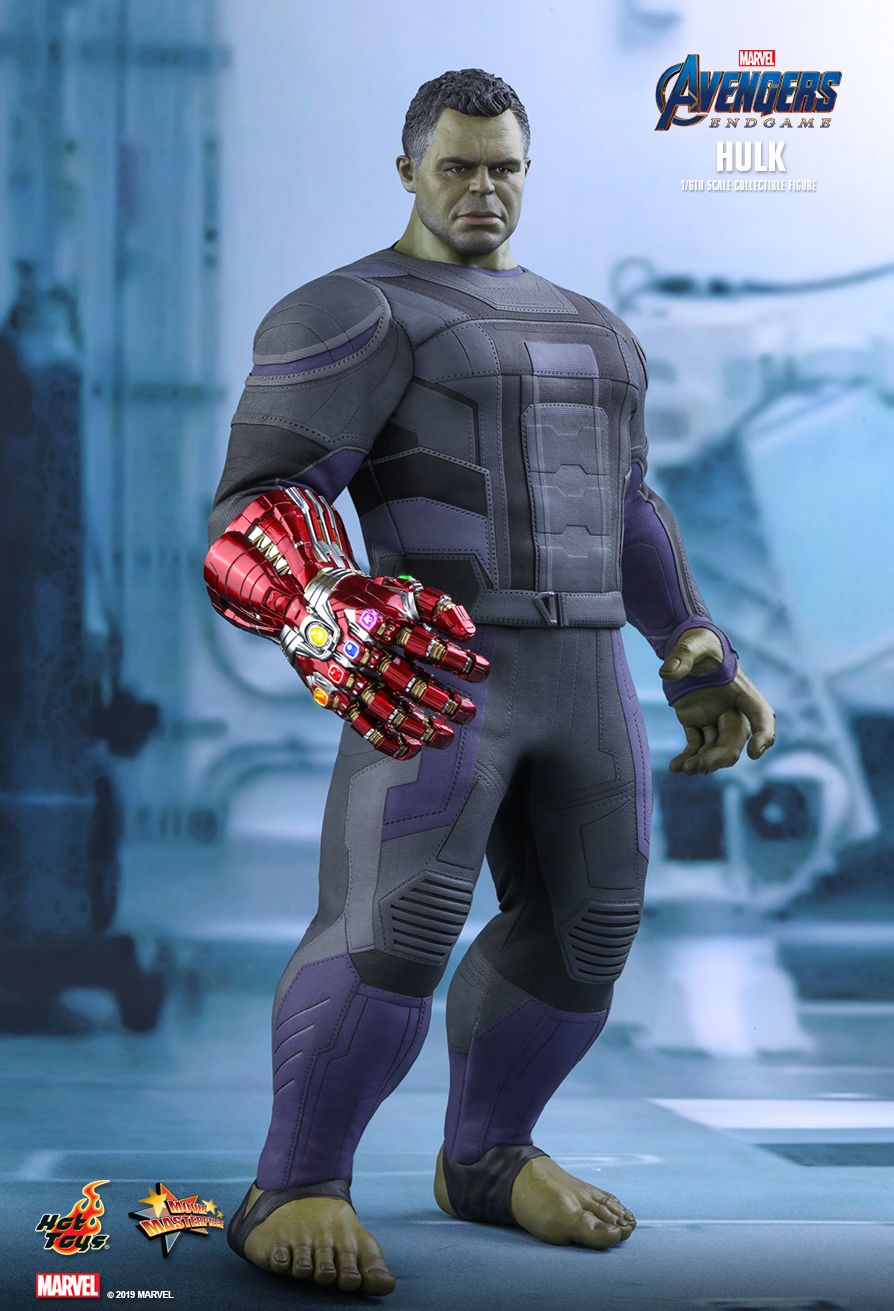 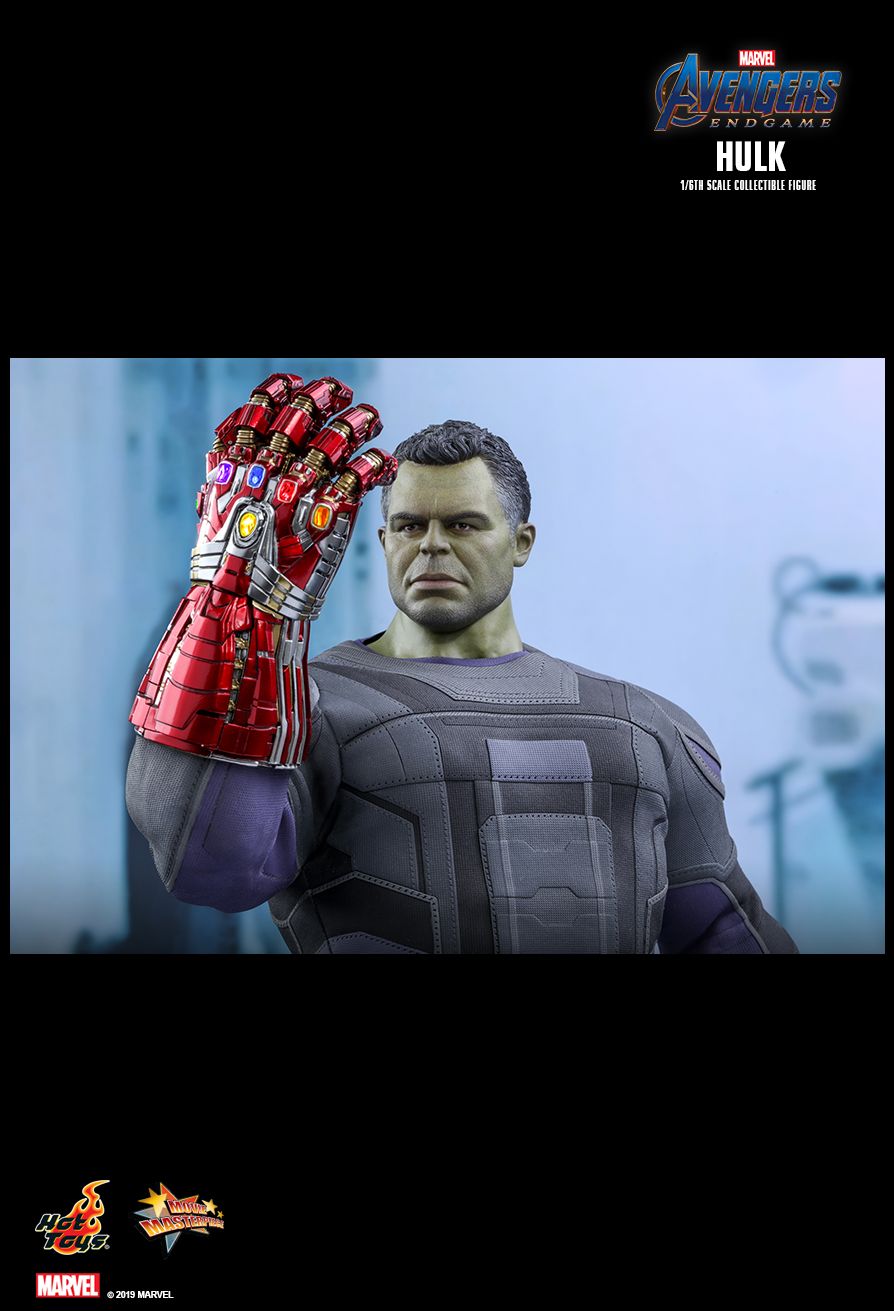 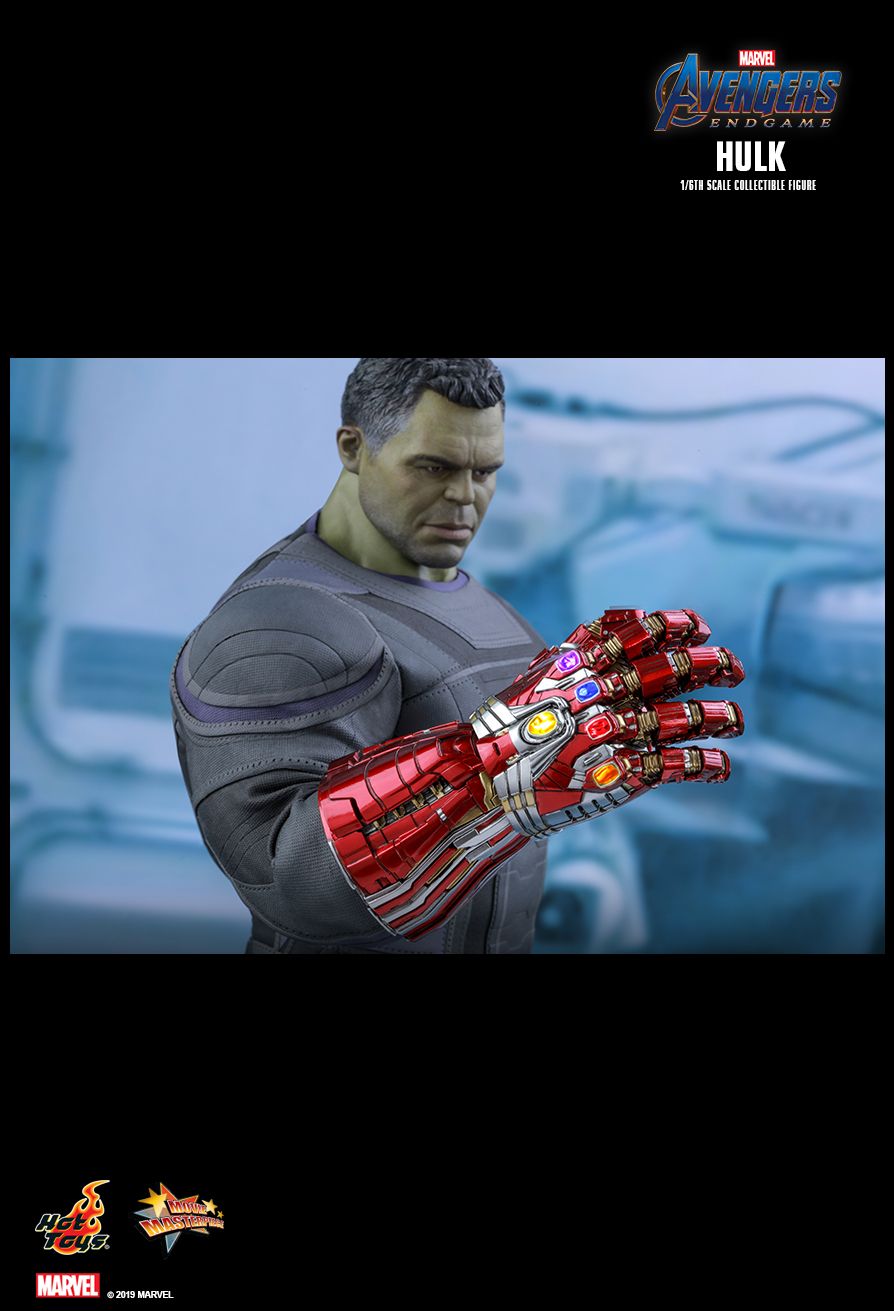 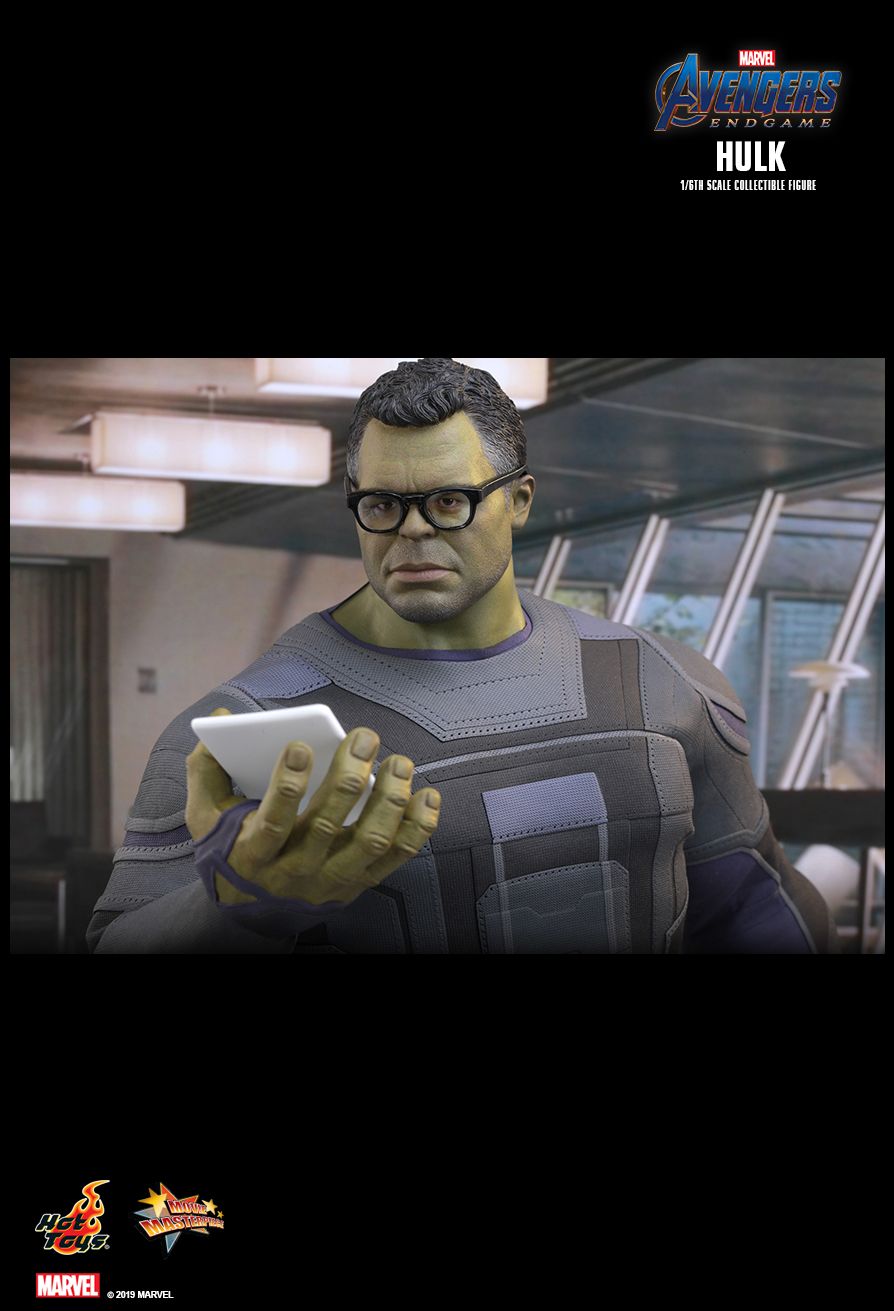 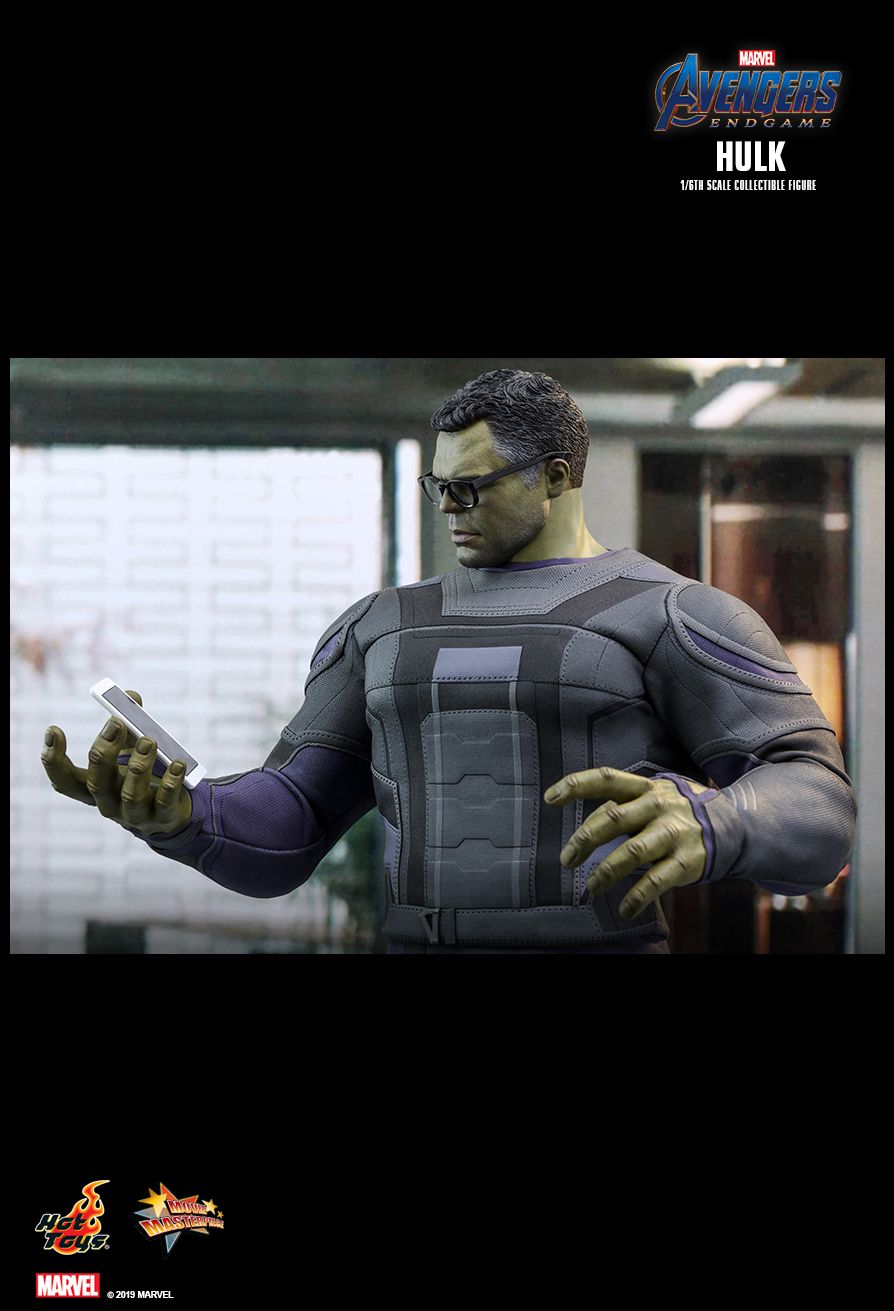 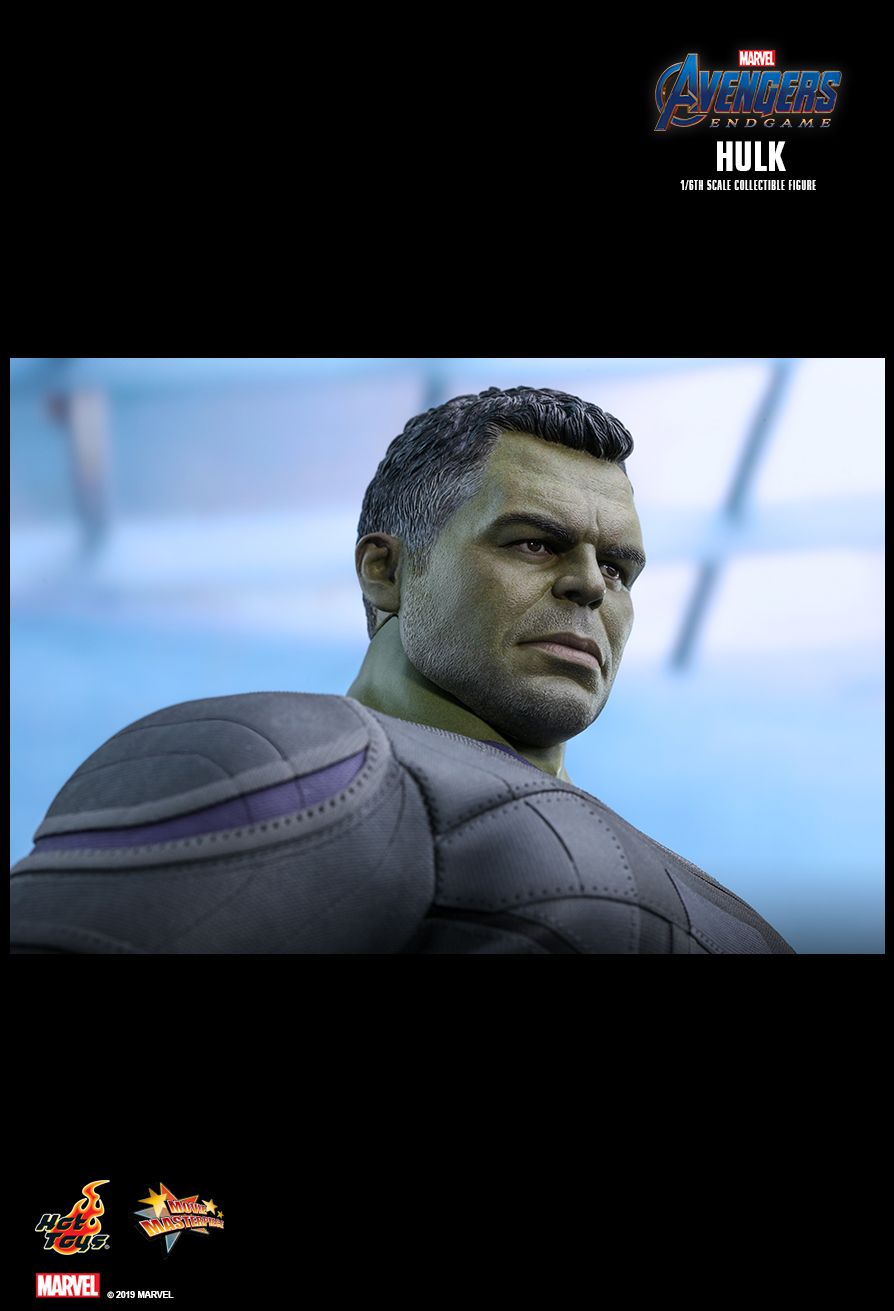 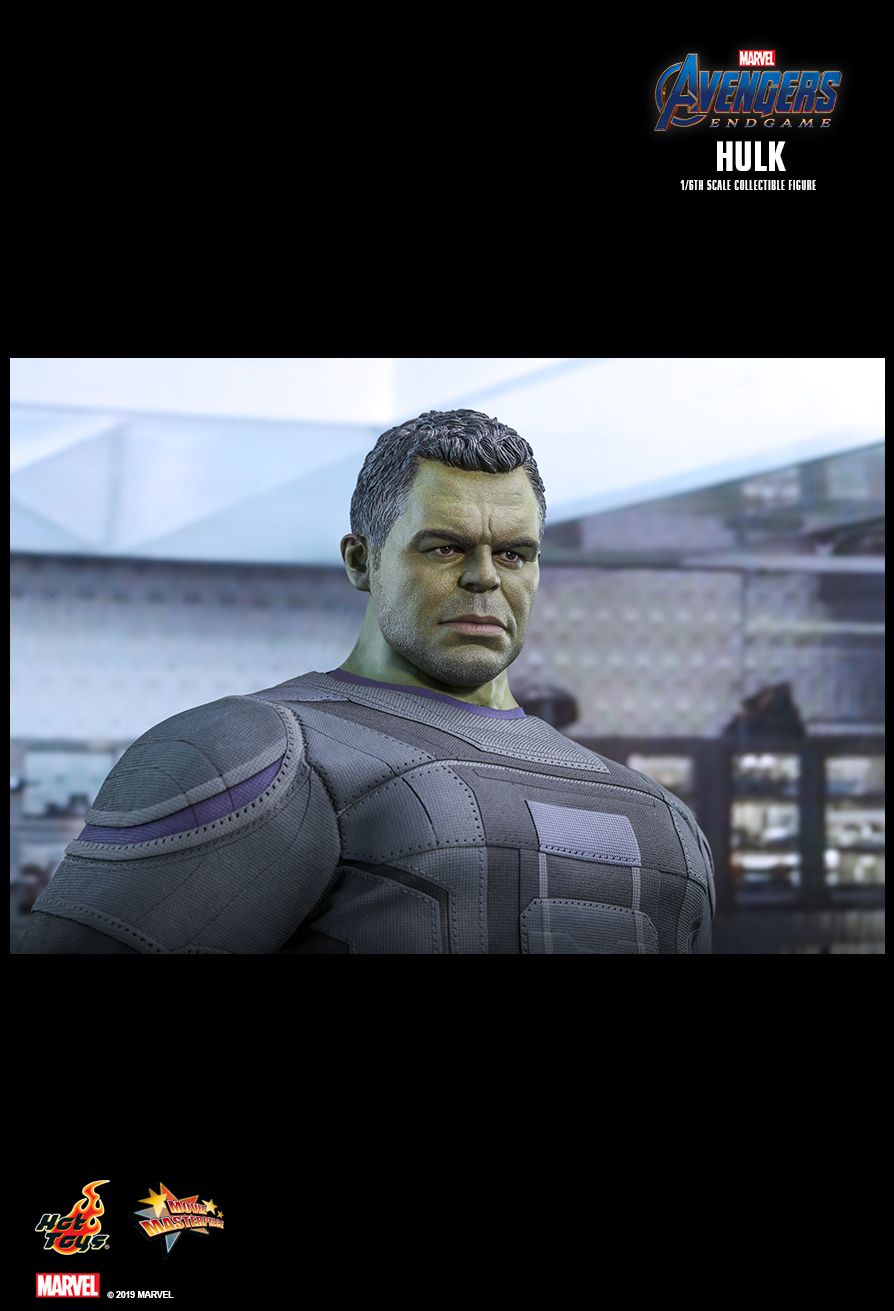 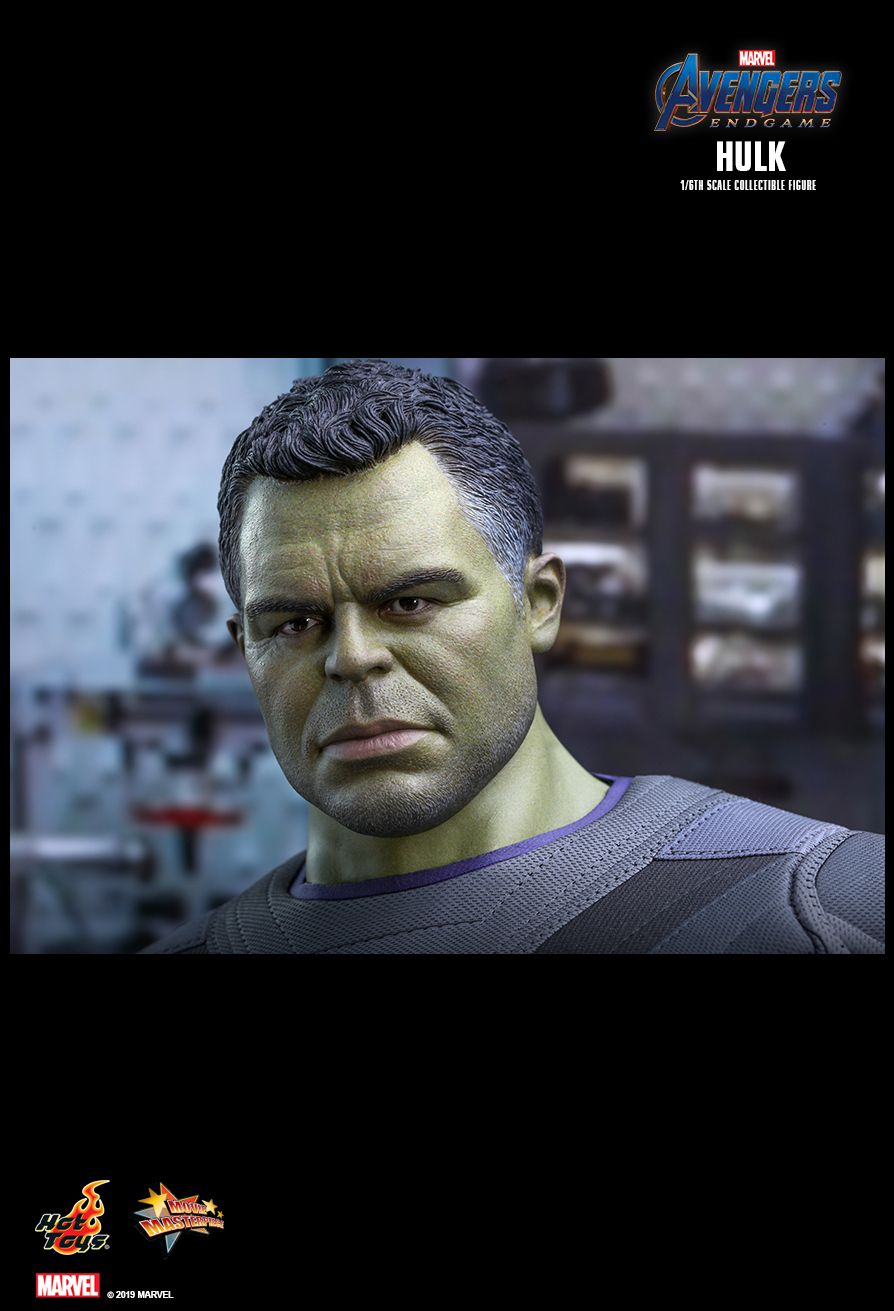 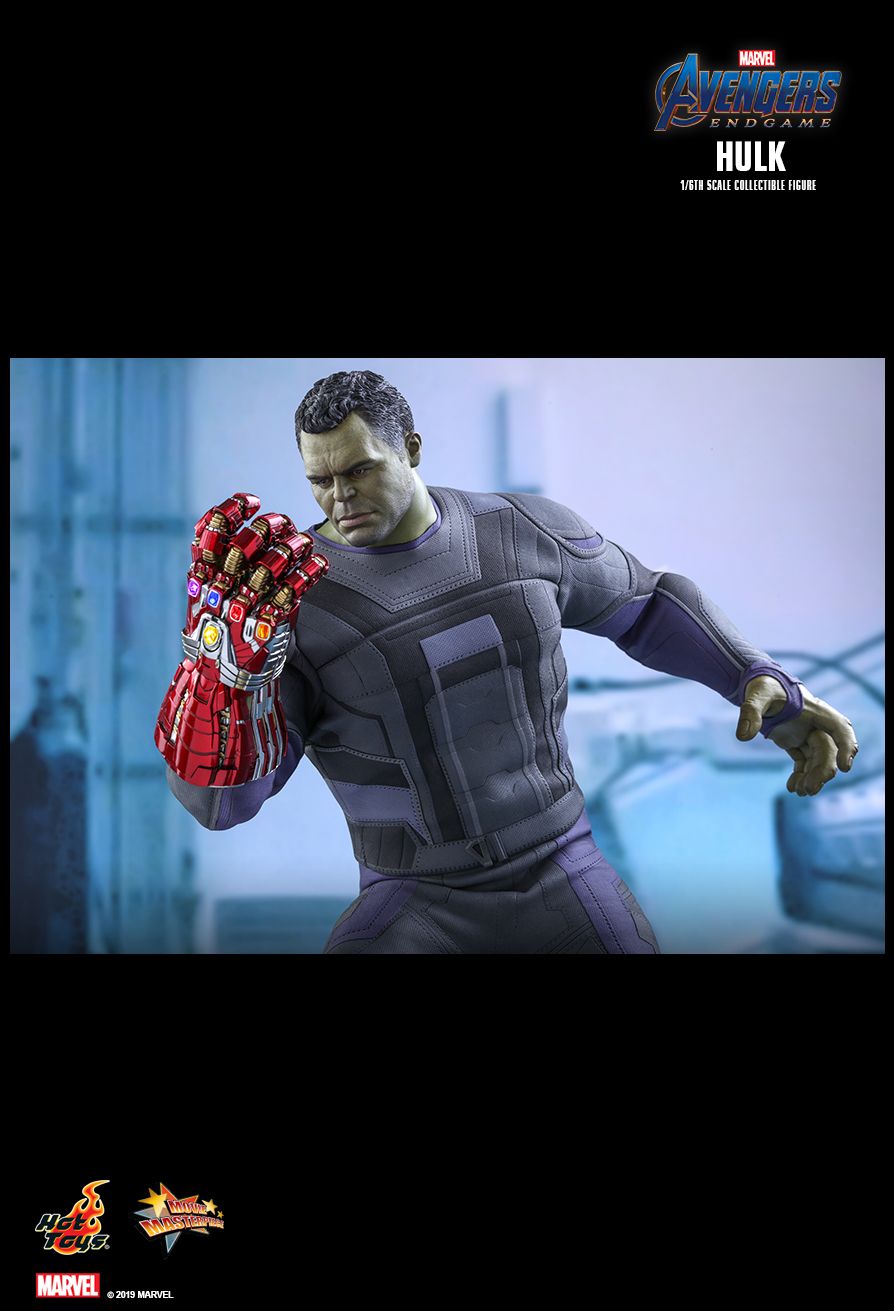 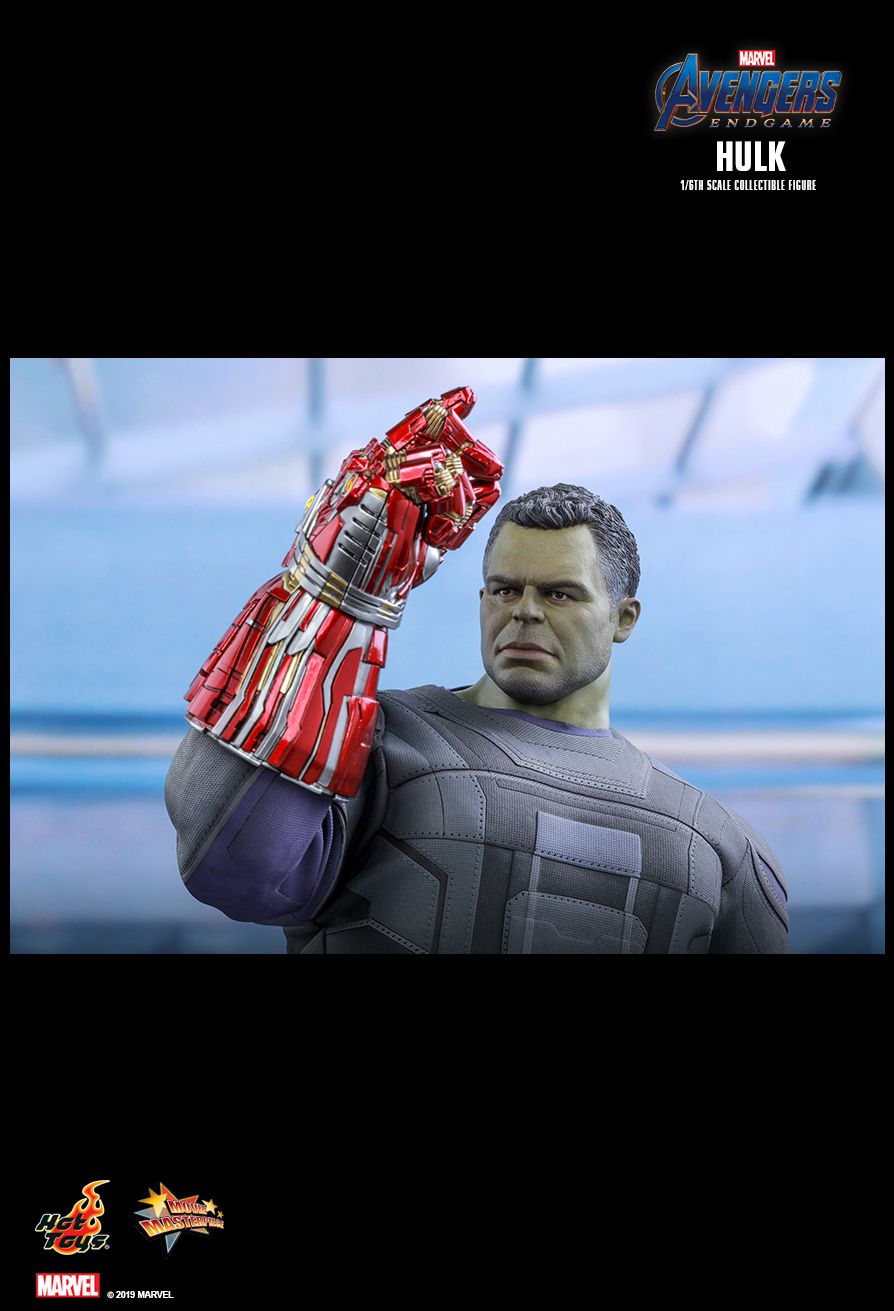 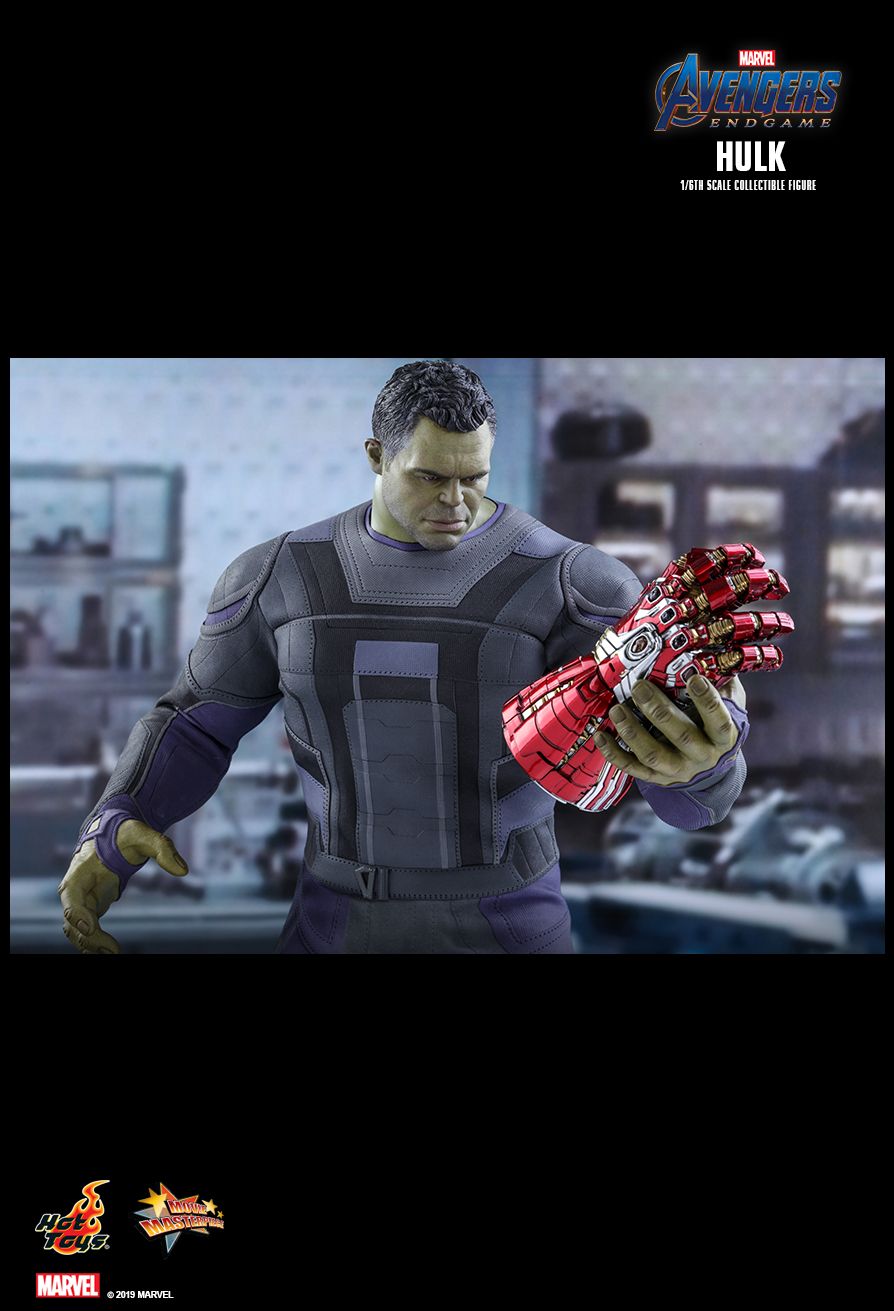 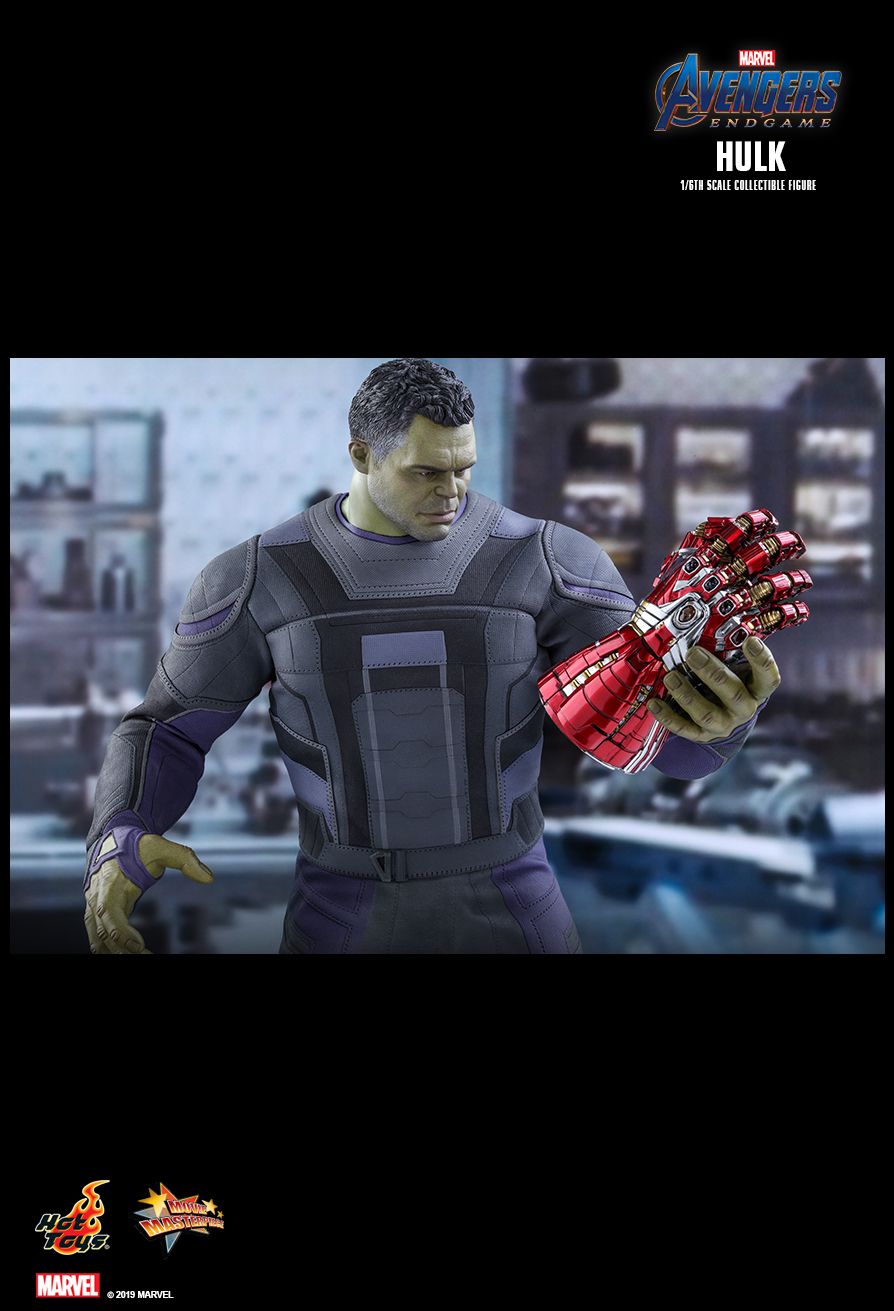 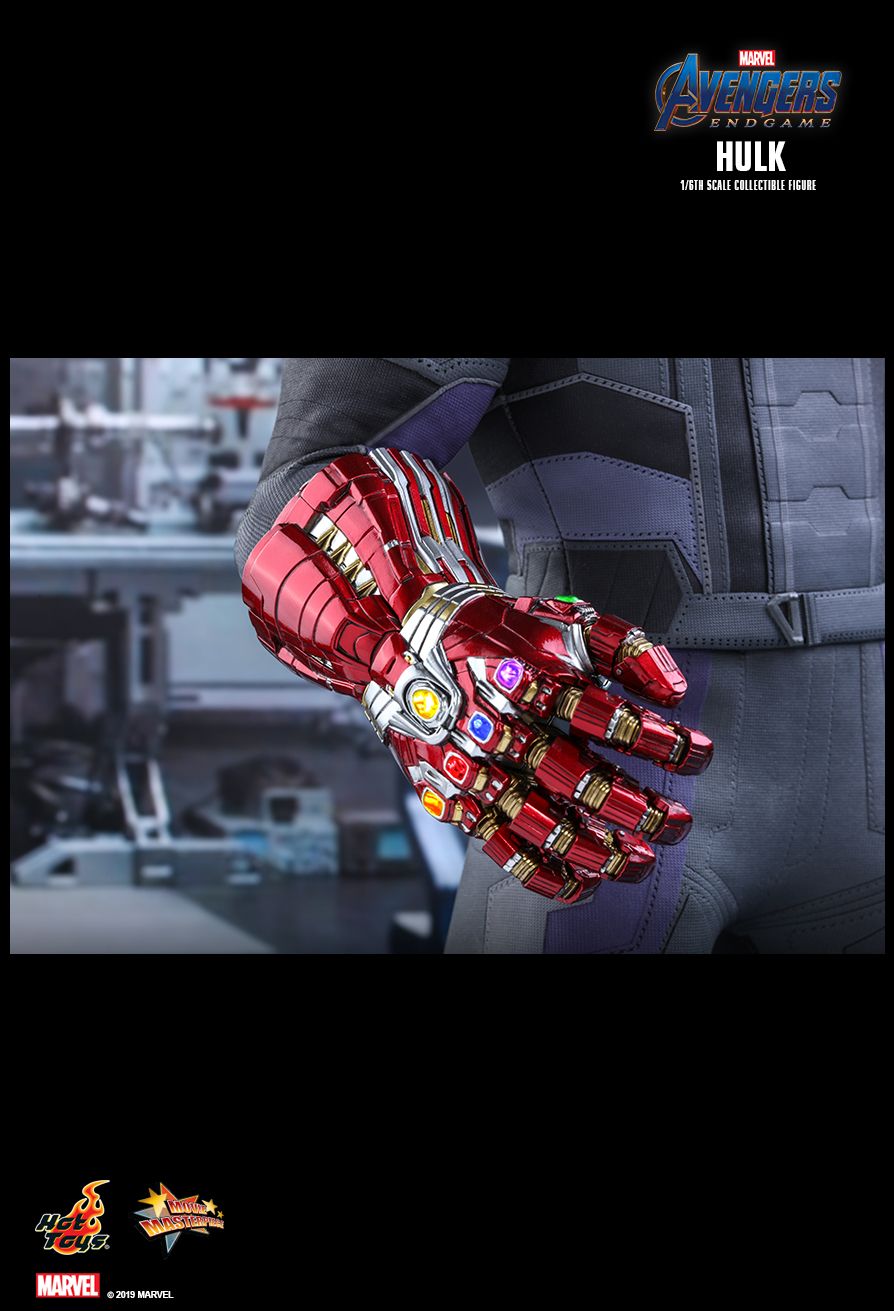 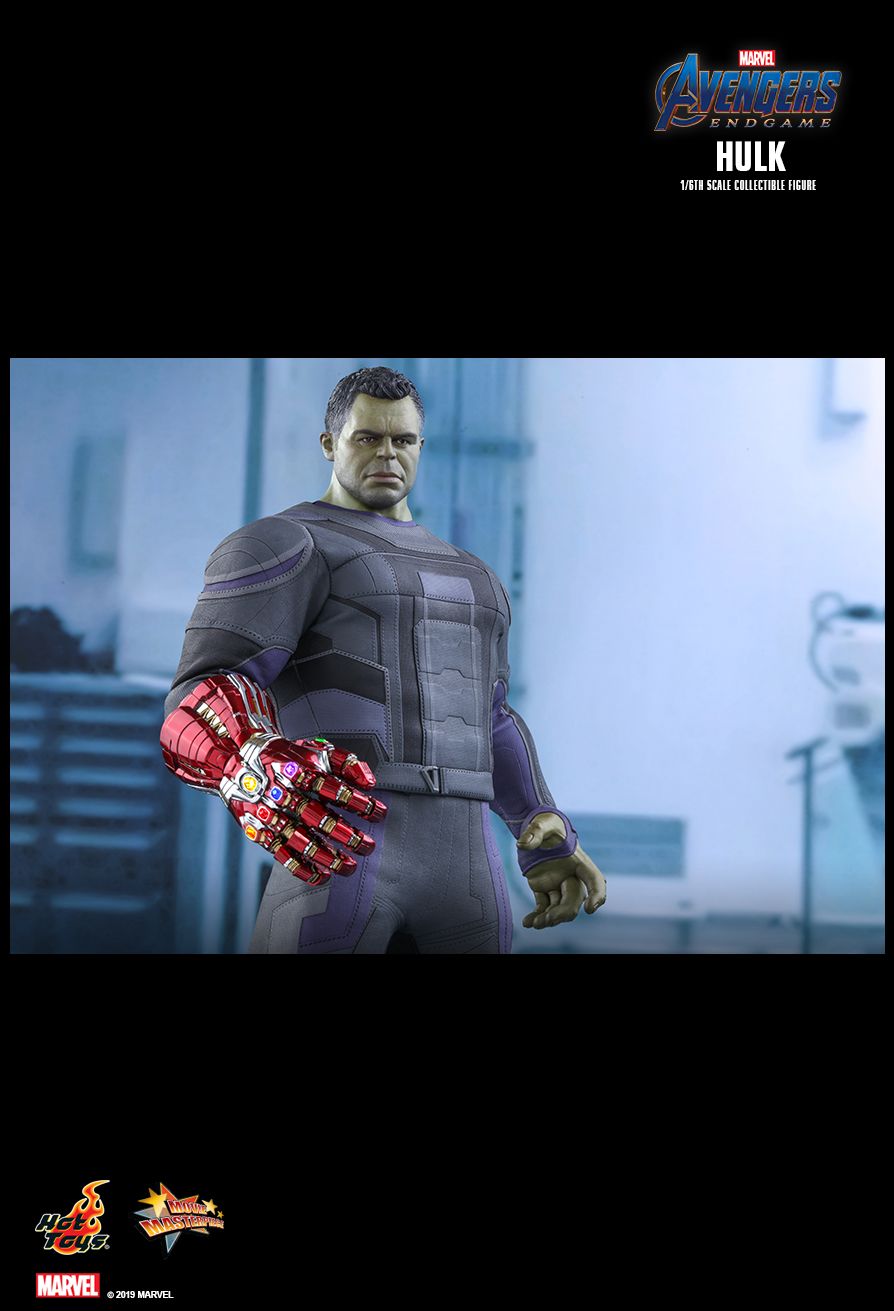 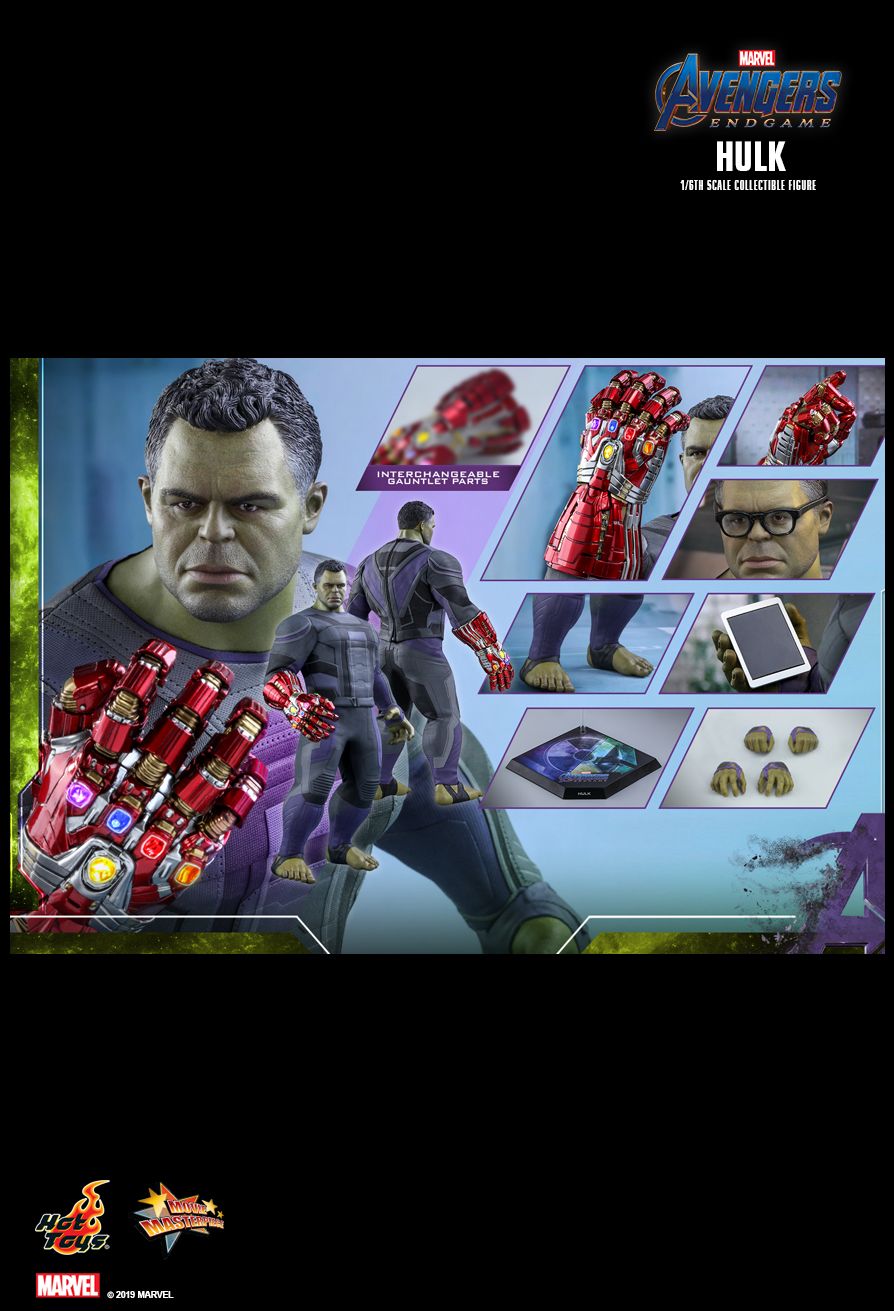 "Eighteen months in the gamma lab. I put the brains and the brawn together… and now, look at me. Best of both worlds.”

When the universe is in danger, Bruce Banner becomes the gamma-powered hero Hulk and smashes his way through the enemies of the Avengers. He continues to use his high-level intelligence and other high-tech tools to protect the universe from the latest intergalactic threat.

Masterfully crafted based on Hulk’s appearance in the movie, the highly-accurate figure comes with a newly developed head sculpt with impressive likeness, a detailed battle suit, LED light-up Nano Gauntlet with two interchangeable hands, an electronic device, a pair of glasses, and a specially designed figure stand with character backdrop.

Don’t pass up on this excellent opportunity to pick up The Big Green to show off in your Marvel Cinematic Universe collection!

A movie-themed figure stand with movie logo and character name