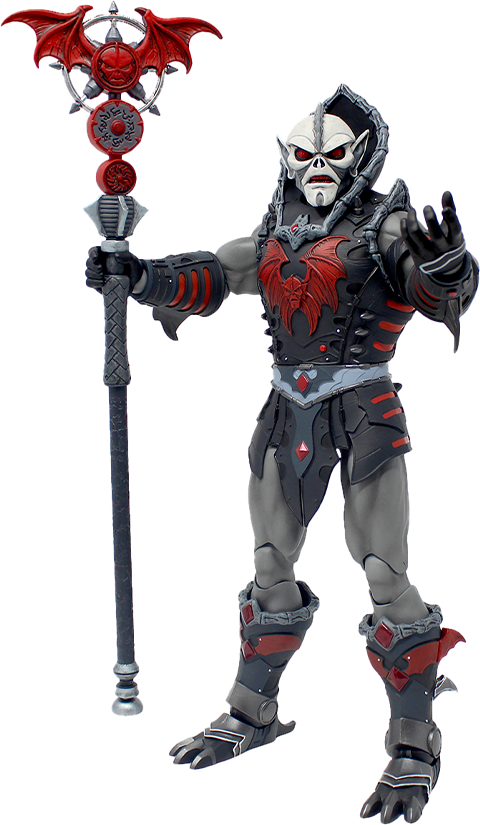 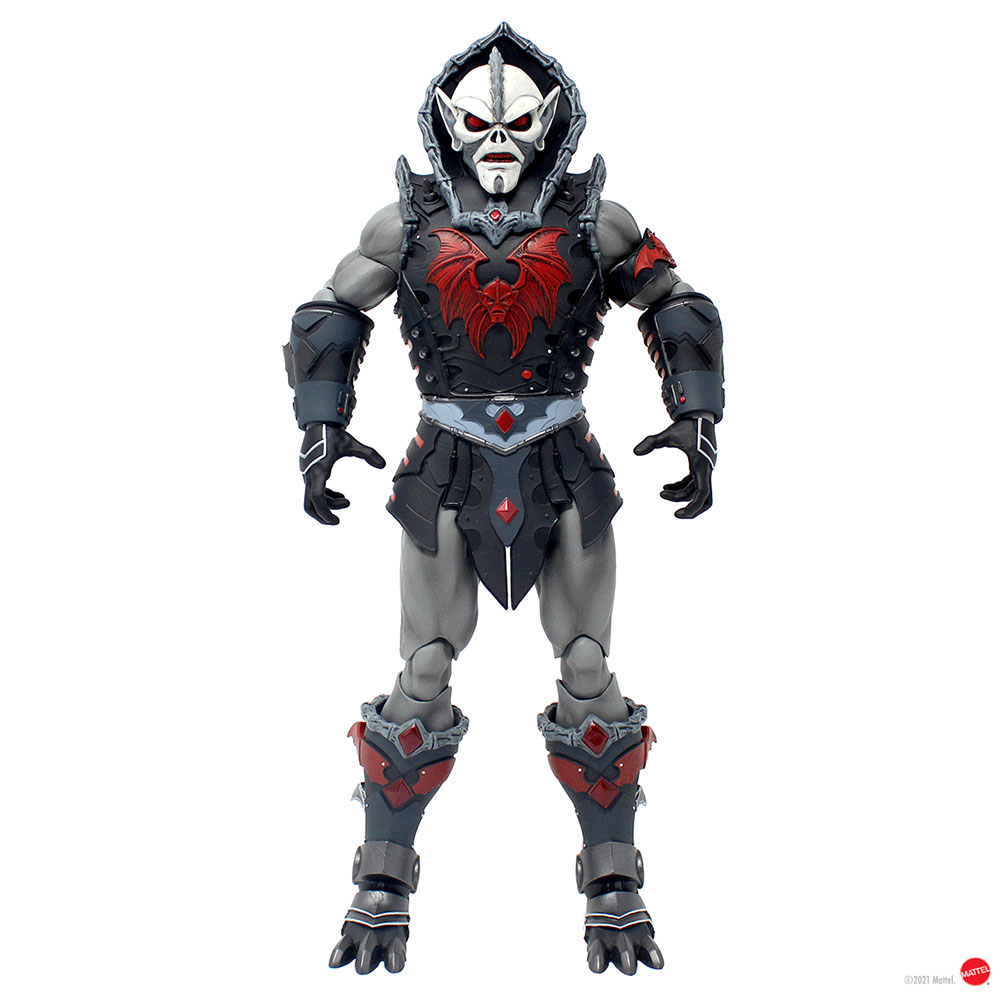 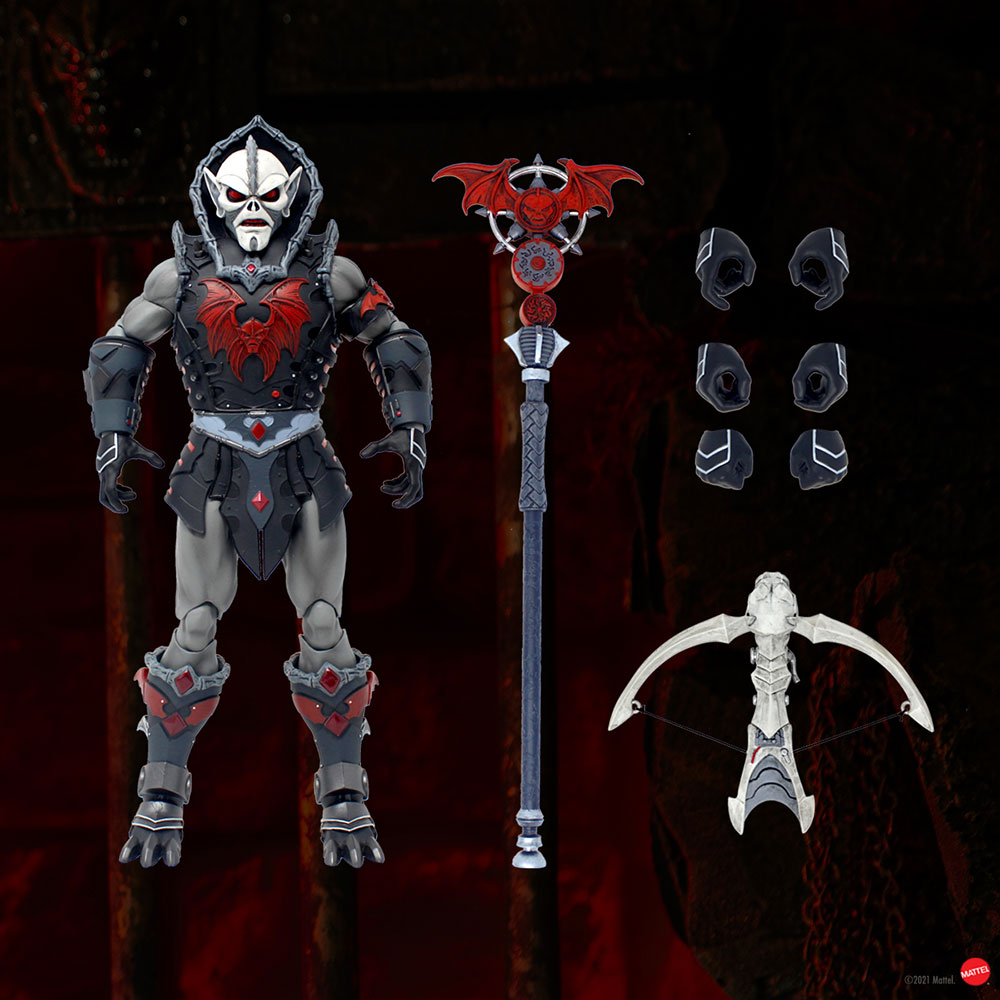 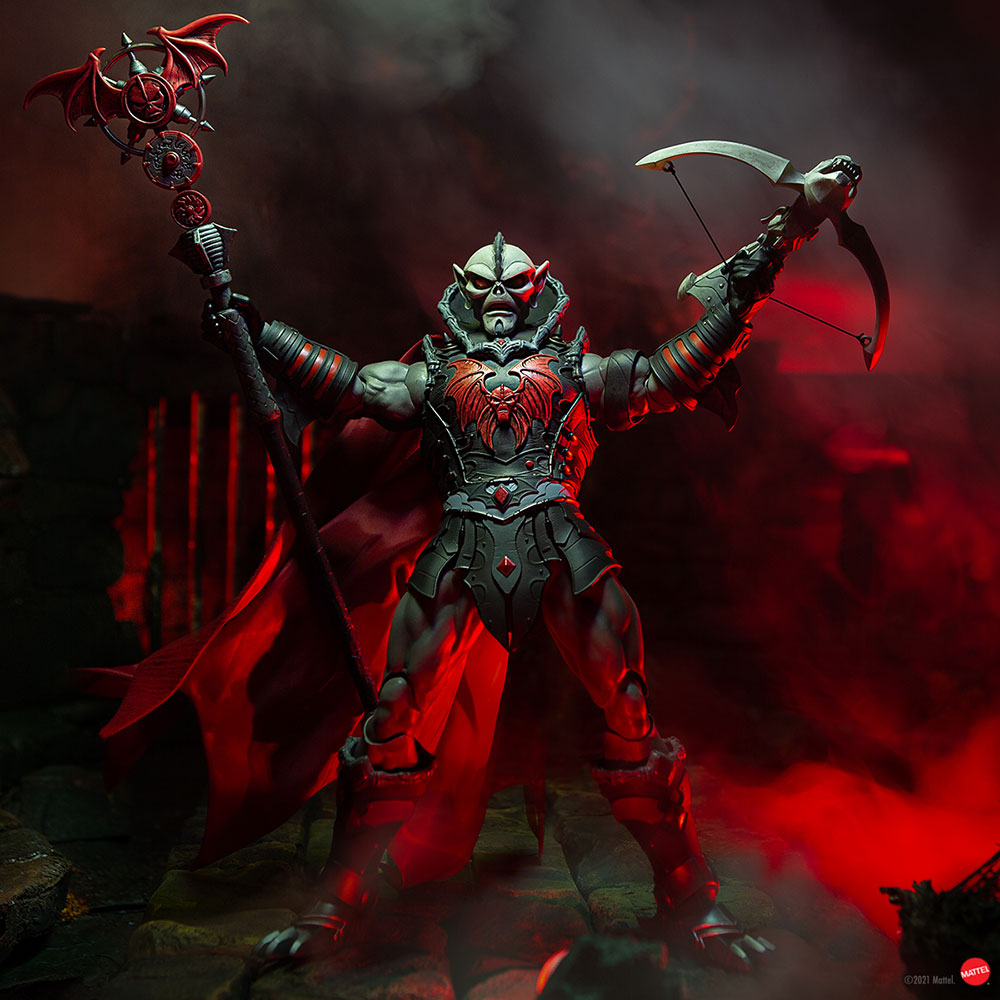 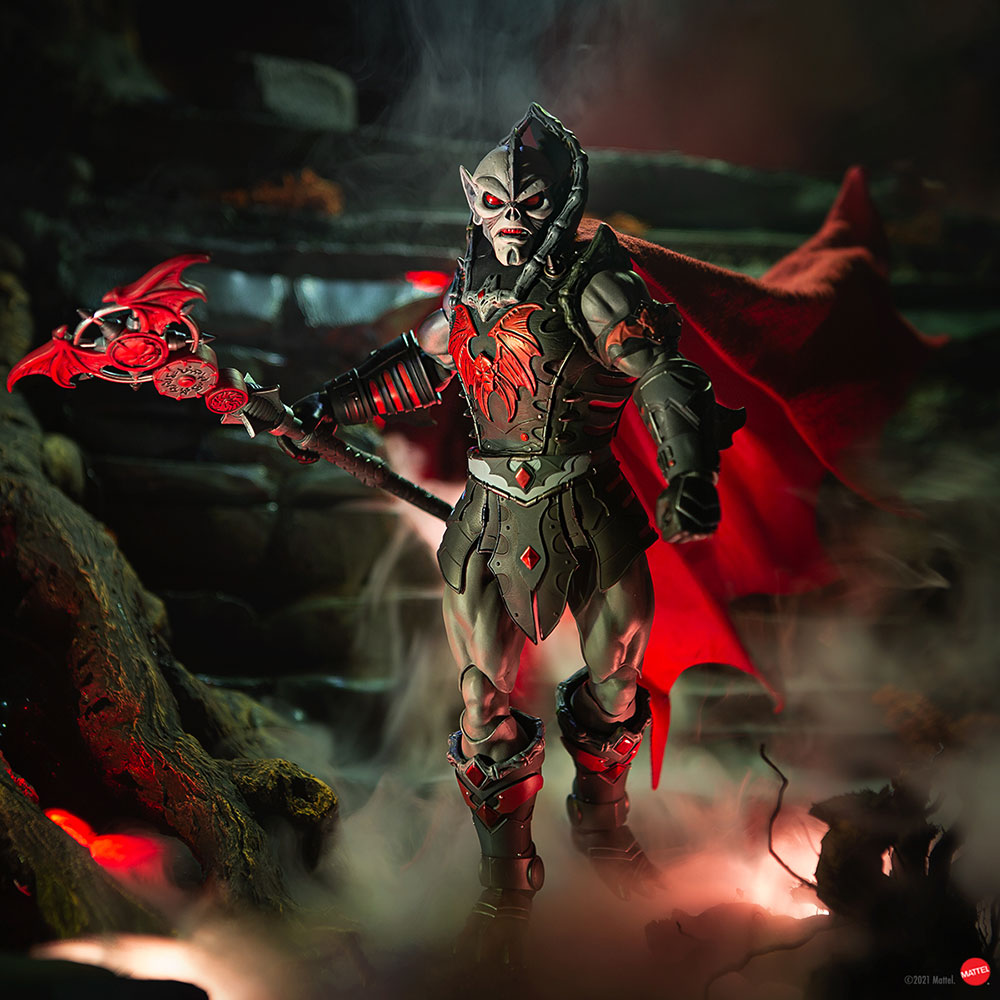 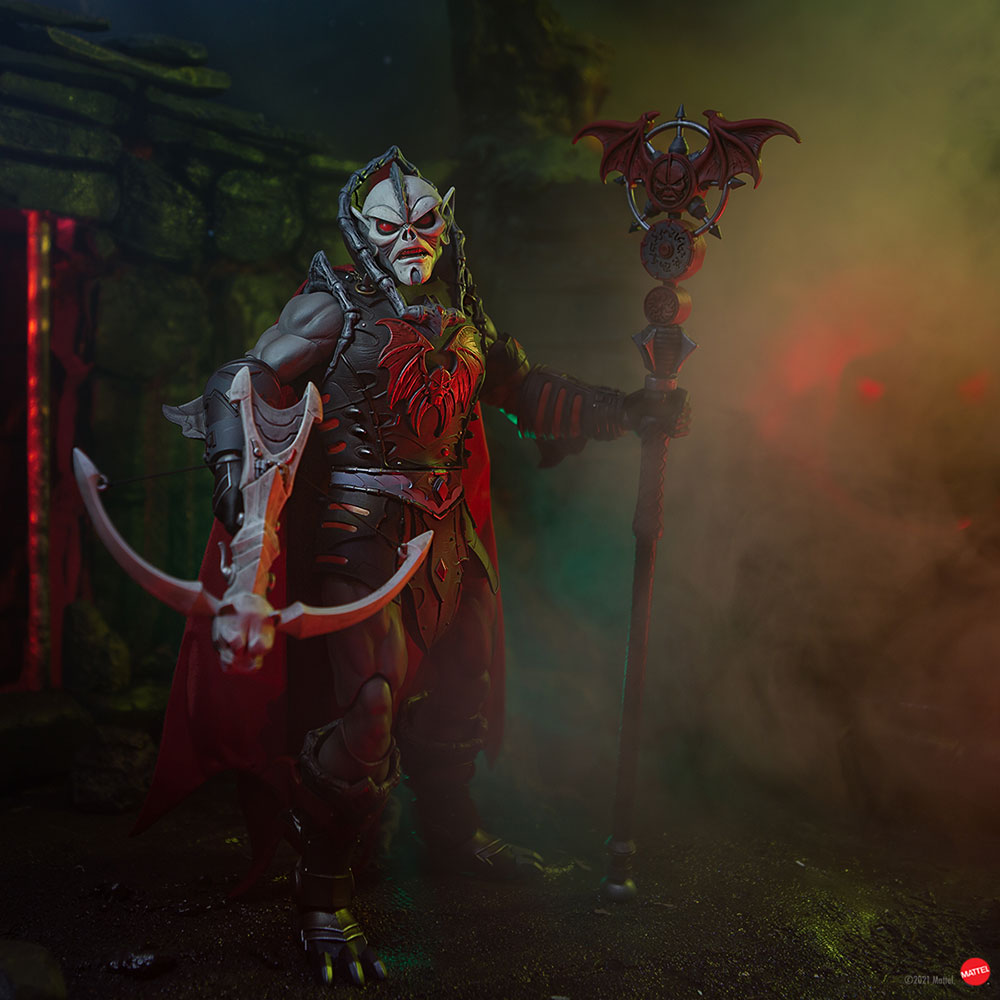 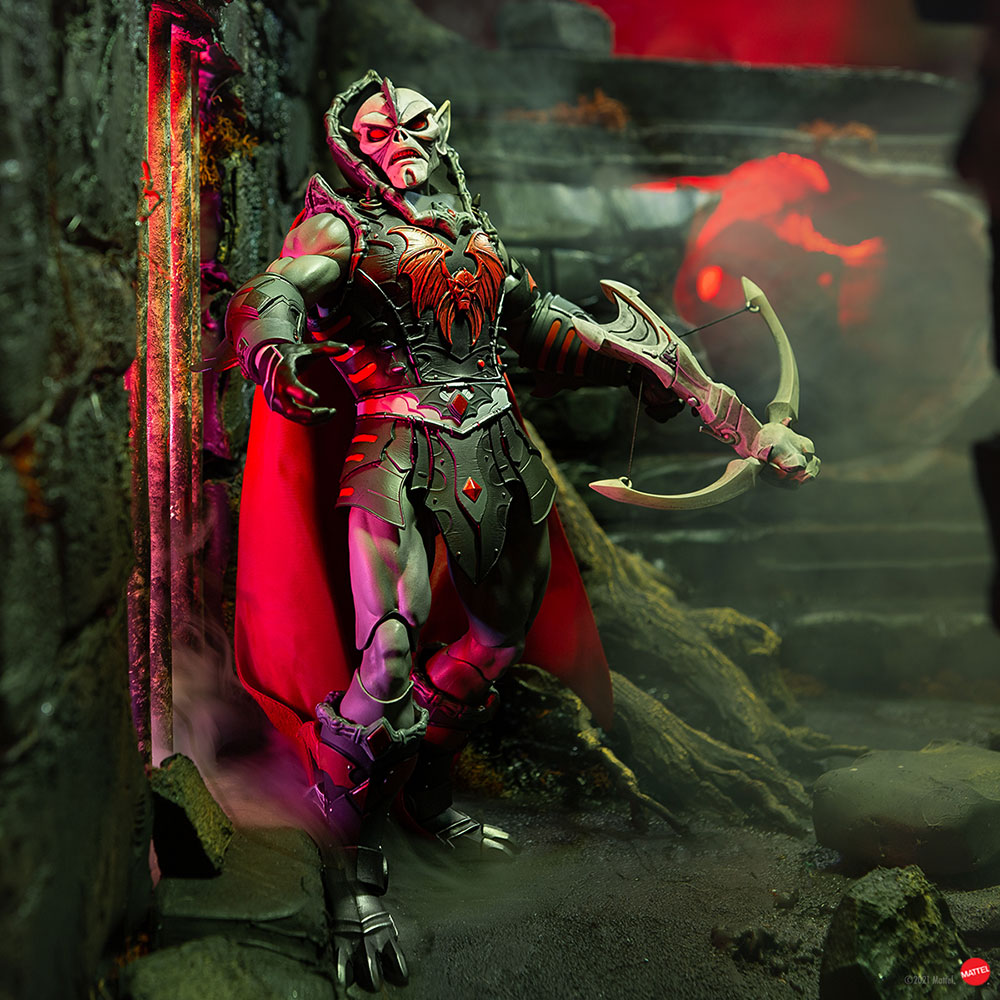 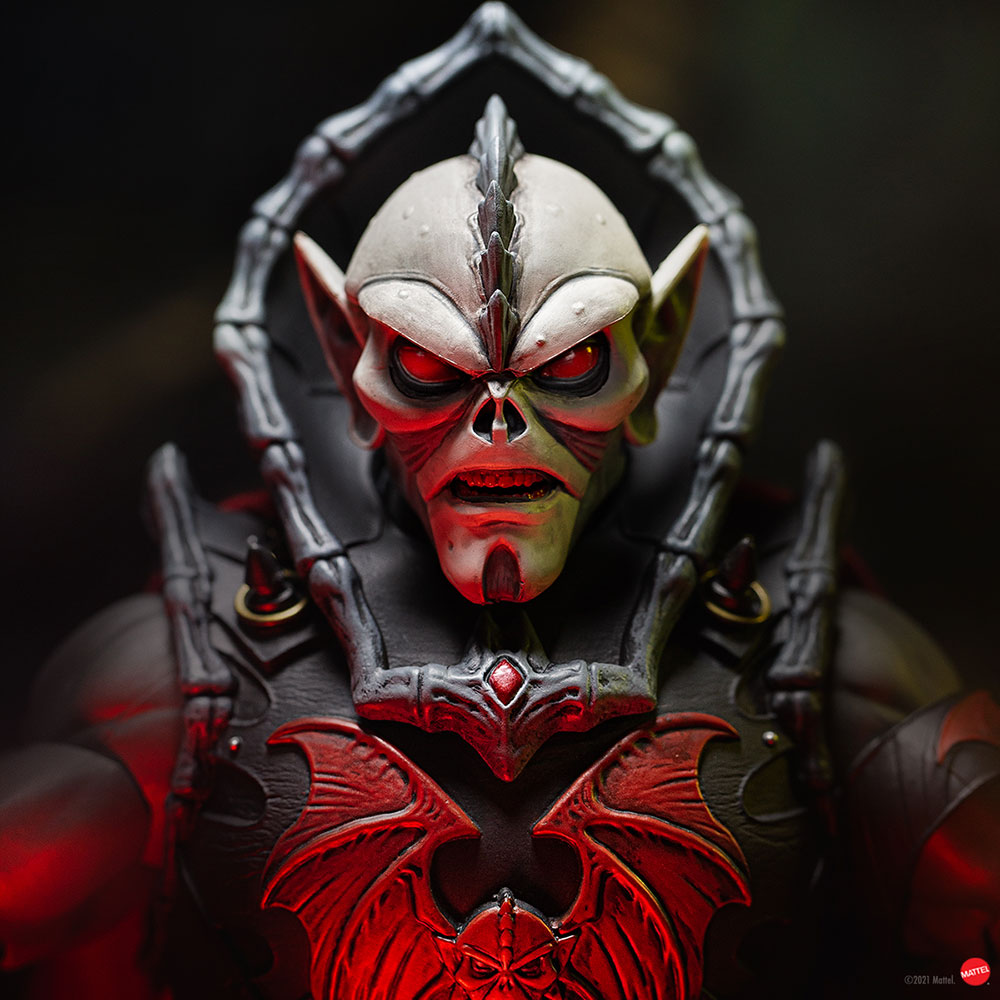 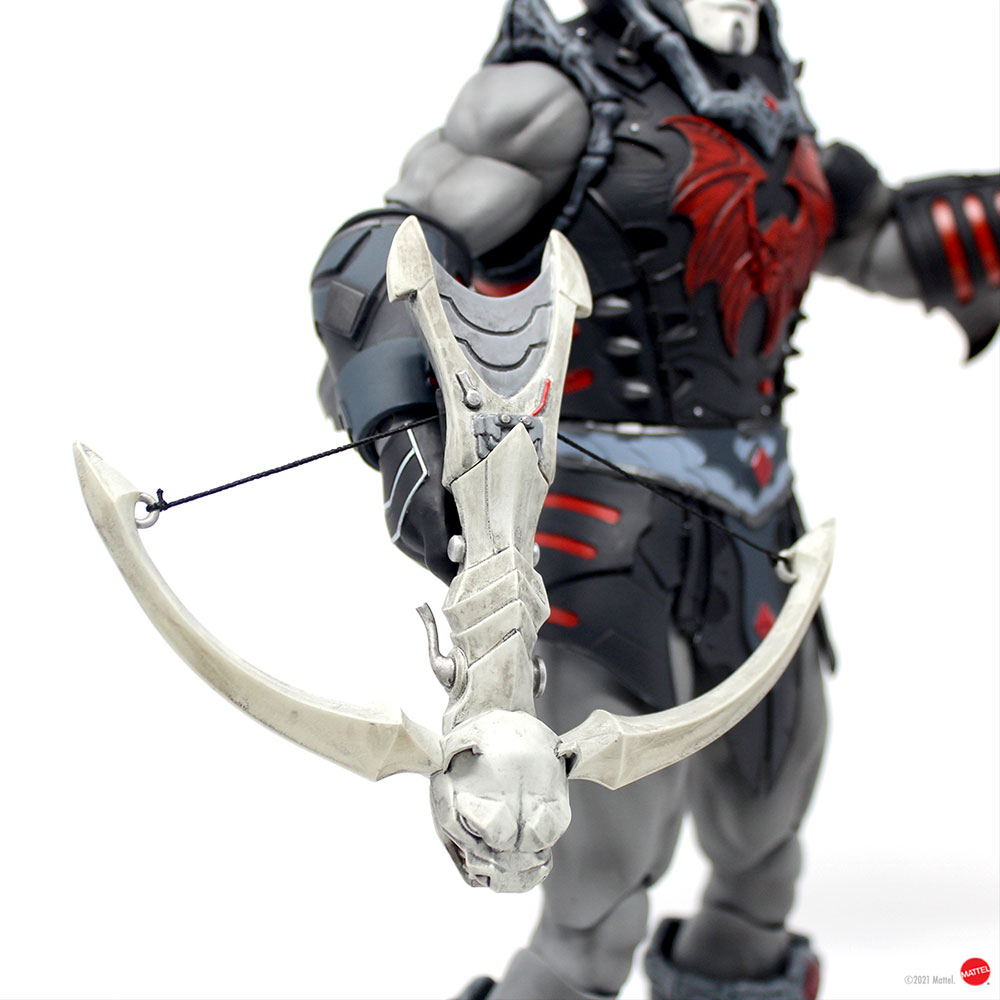 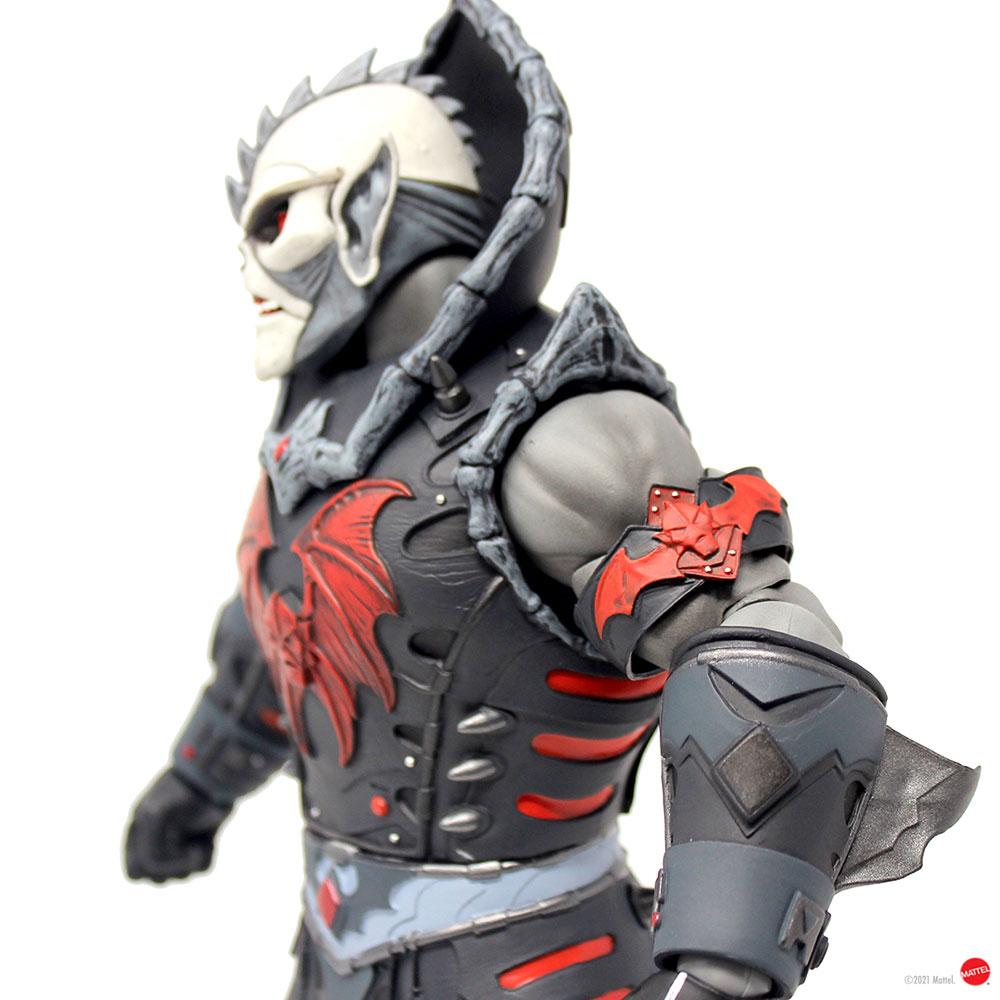 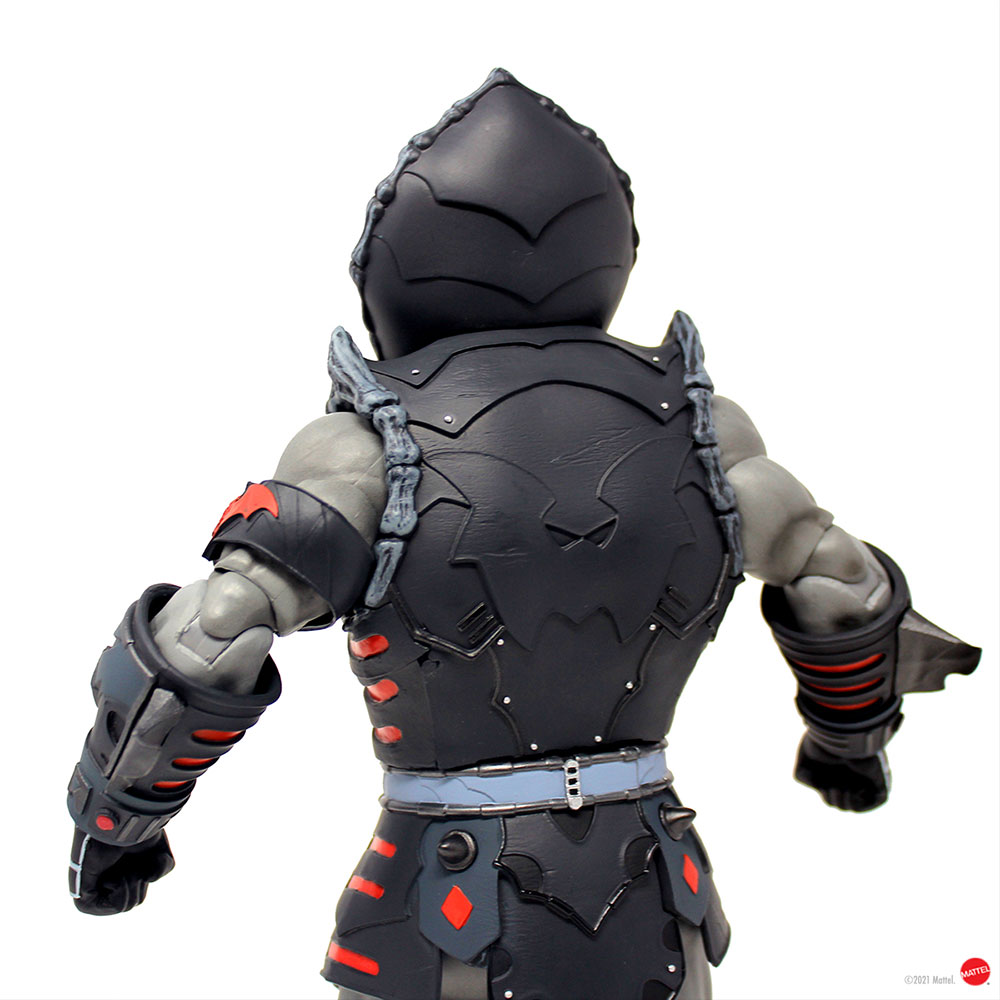 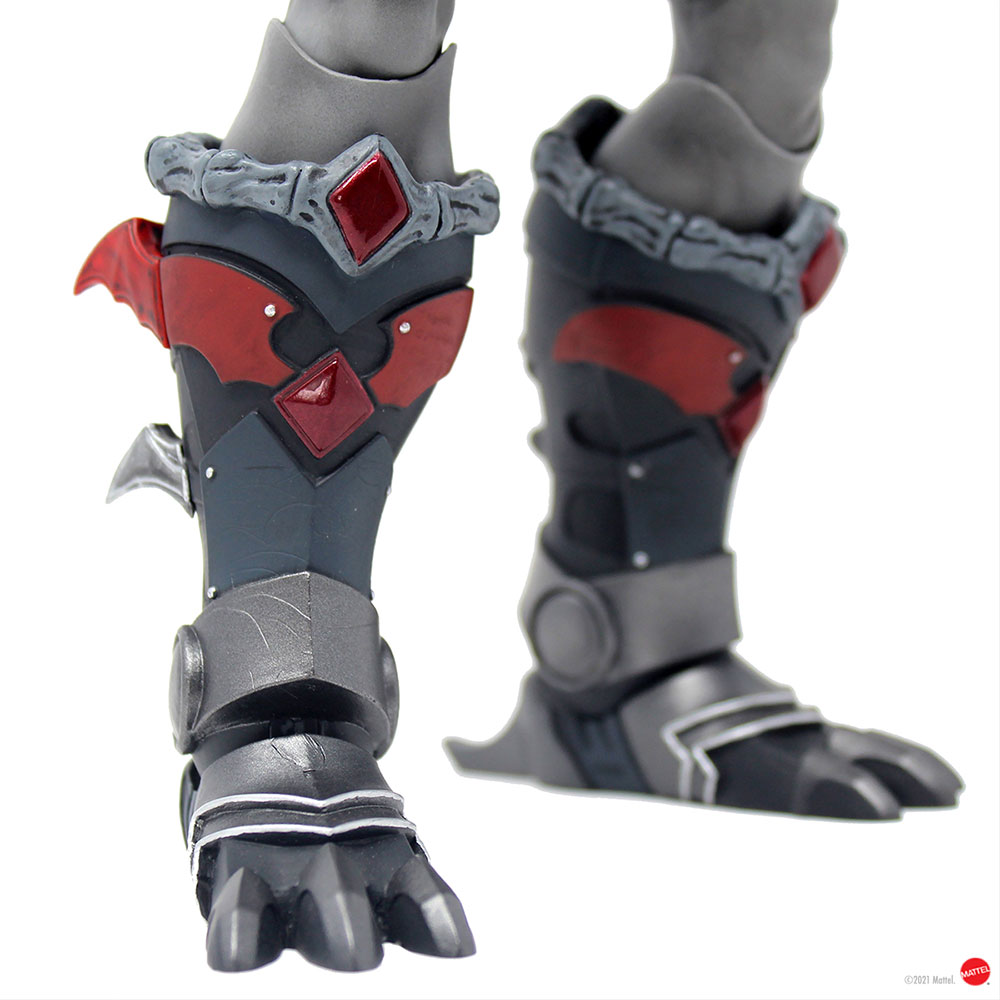 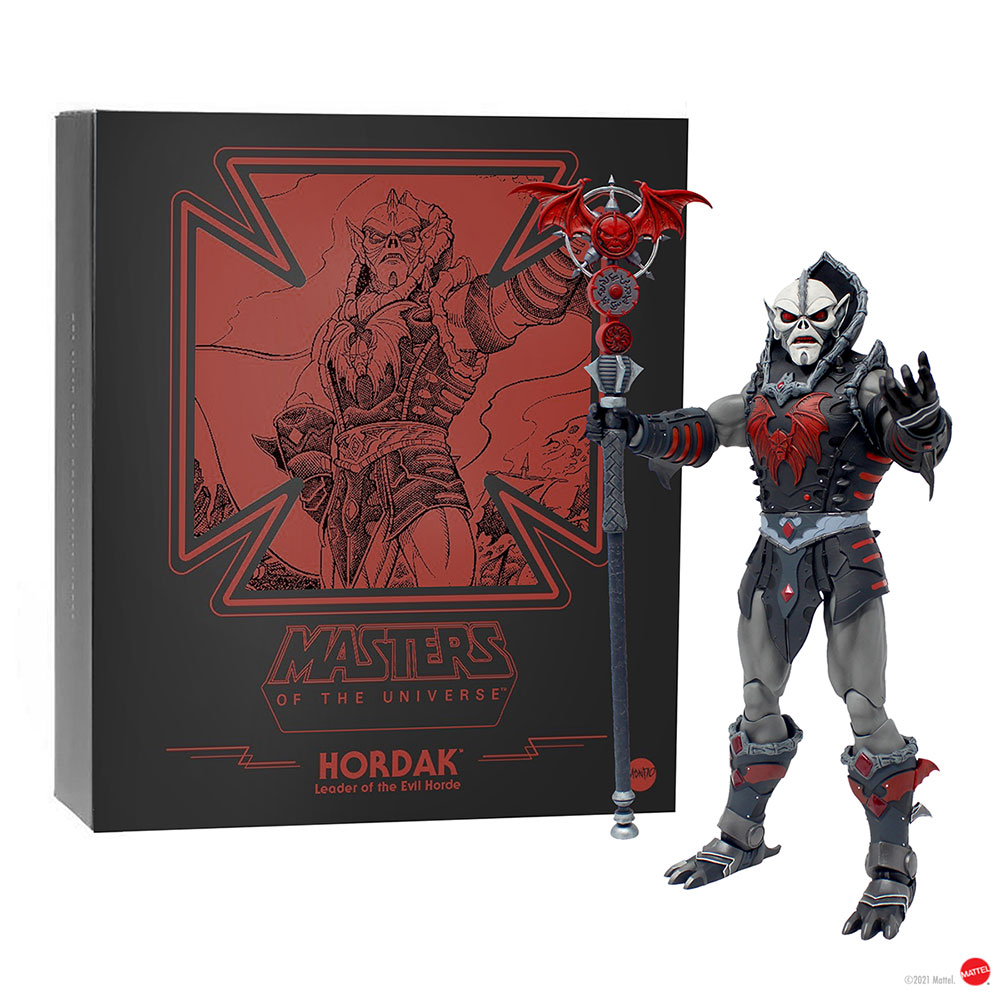 The leader of the Evil Horde, and former master of Skeletor, Hordak is one of Eternia’s most infamous adversaries. Betrayed by his former pupil, Skeletor, Hordak was locked away in a different dimension only to soon escape and plot his revenge on Skeletor and all of Eternia. Returning with his army called the Evil Horde, Hordak vowed to destroy Skeletor and take down He-Man and Castle Grayskull in the process!

After many years, Hordak has finally arrived in Mondo’s Masters of the Universe Sixth Scale figure line. Featuring an awesome updated look to his armor and weapons, this figure is covered in rich detail. Hordak also comes with a removable cape, staff, crossbow, and 4 pairs of swappable hands.

Don't miss your chance to add this Hordak Figure to your Masters of the Universe collection!