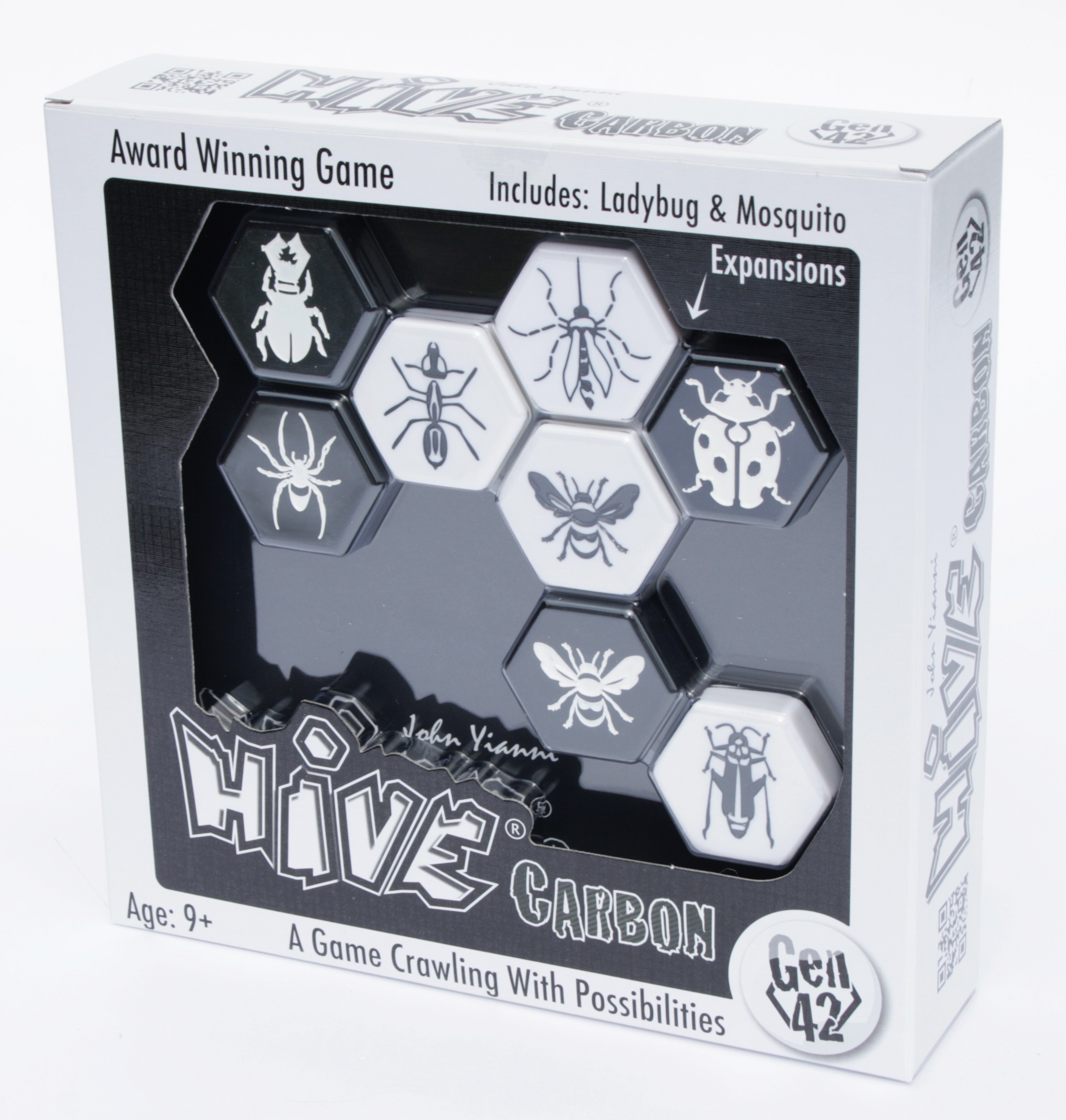 Introducing, Hive Carbon, the game you love with a new look and an added bonus!
The new carbon twist  is added as an alternative to the existing Hive game, for those who prefer a classic black and white color scheme.
Included with this edition are four additional pieces; the Mosquito and the very special Ladybug.