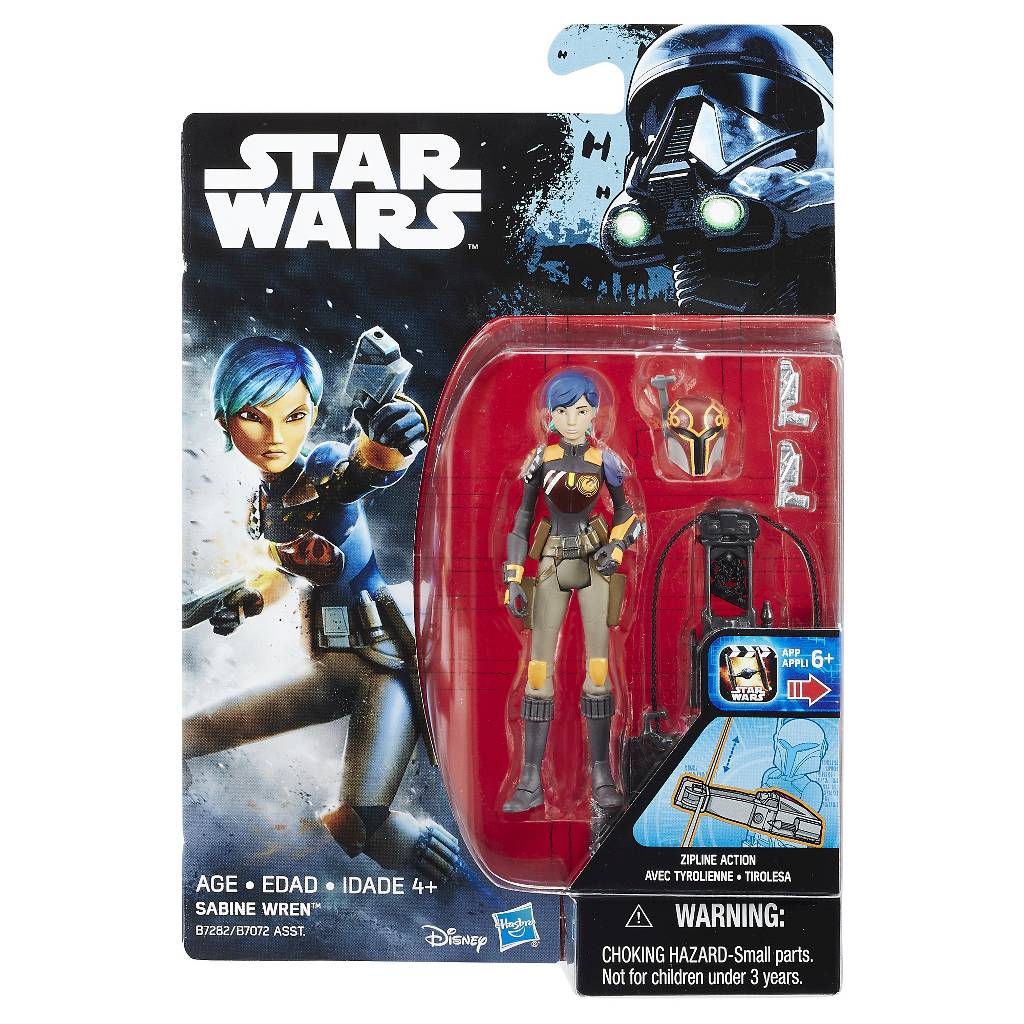 Enter the world of Star Wars and launch into action and adventure! Discover a galaxy of starships and vehicles, and get immersed in exciting stories of good versus evil against a backdrop of a universe populated by heroes and villains, droids and space creatures. Picture new galactic maneuvers and brace for mega lightspeed action with this 3.75-inch Sabine Wren figure from Star Wars Rebels!

A Mandalorian Warrior, Sabine Wren is an explosives expert and graffiti artist qualities that make her an excellent fit as one of the first Rebels against the Empire. Experience the journey of a small but determined band of rebel freedom fighters from Star Wars Rebels.

Relive the moments of daring action and climactic battle with this 3.75-inch Sabine Wren figure from Star Wars Rebels, and collect and do battle with these and other figures and vehicles from Hasbro Star Wars!

Additional items sold separately.
Hasbro and all related terms are trademarks of Hasbro.
Star Wars products are produced by Hasbro under license from Lucasfilm Ltd.