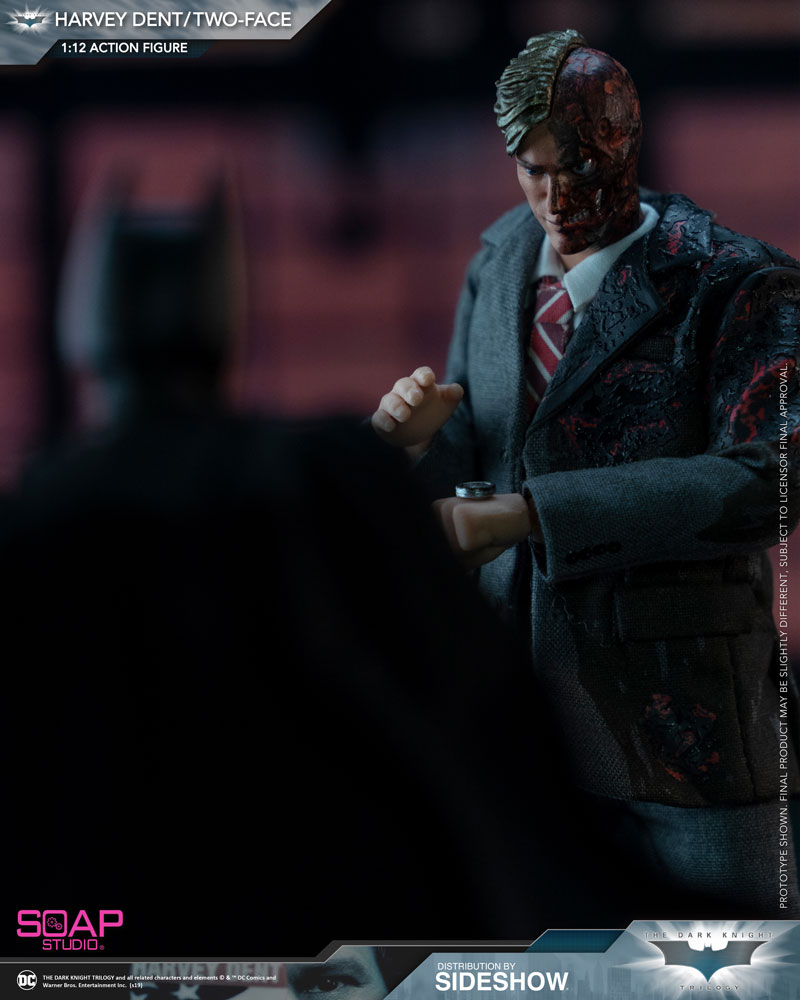 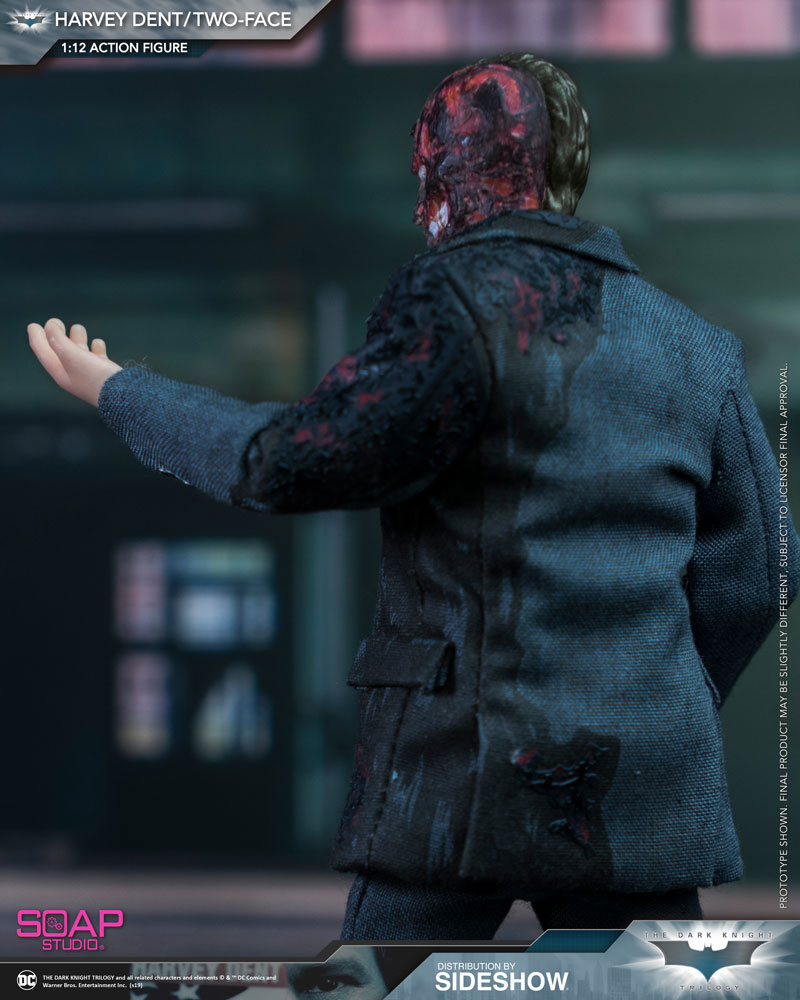 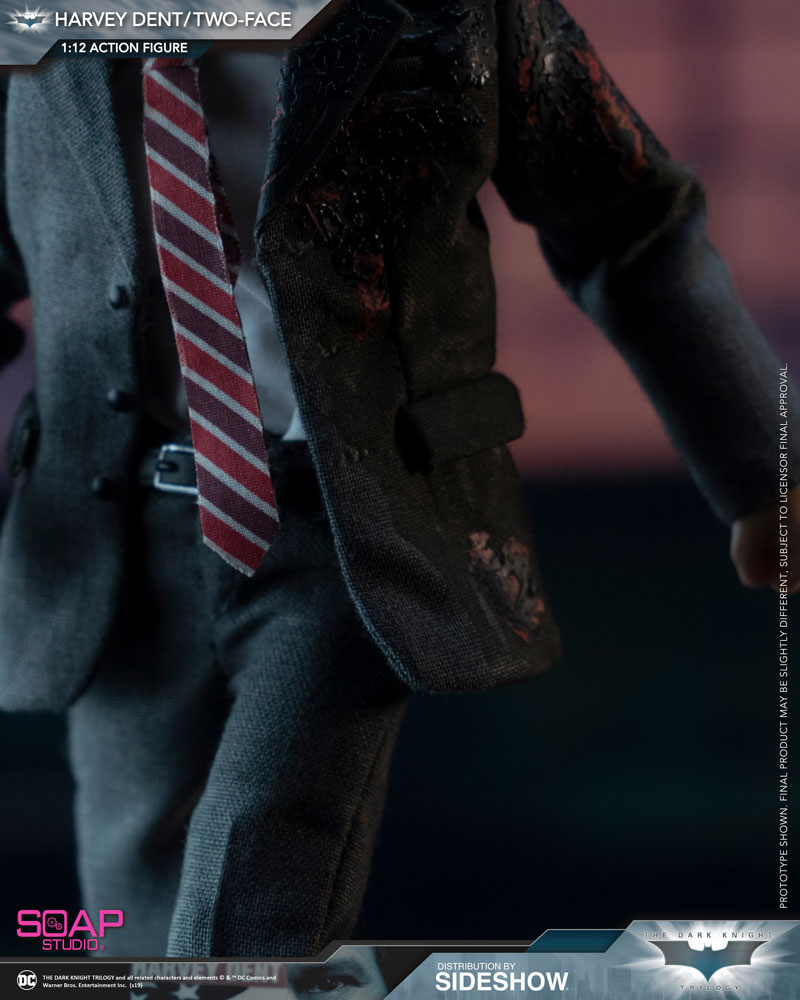 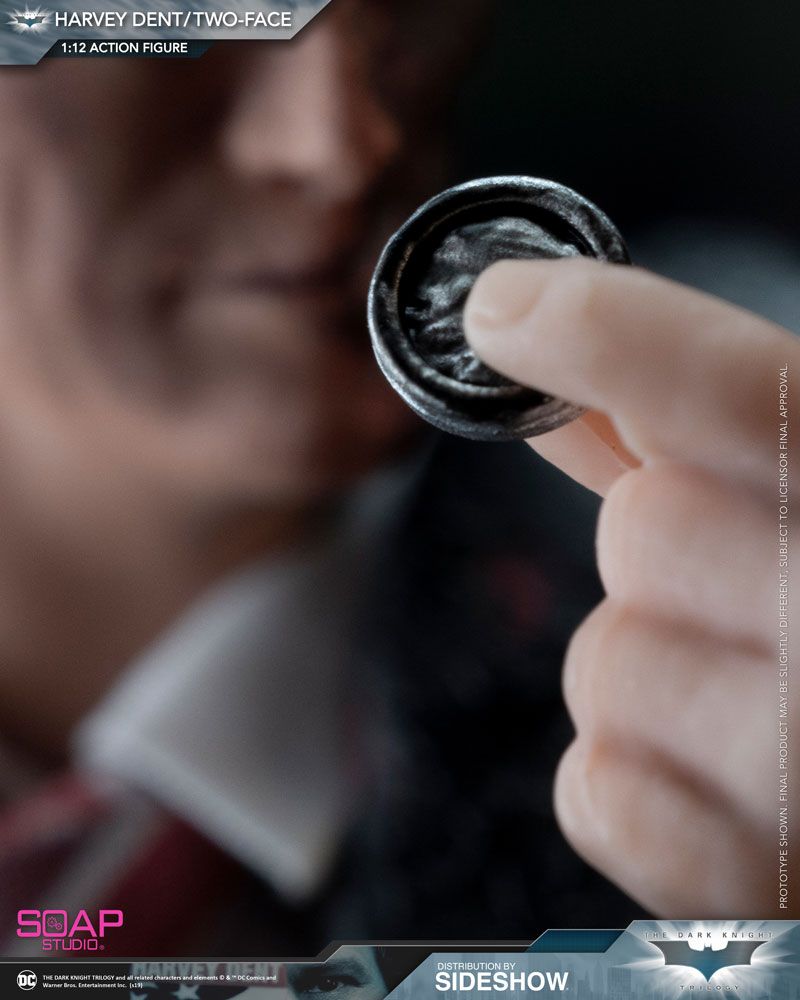 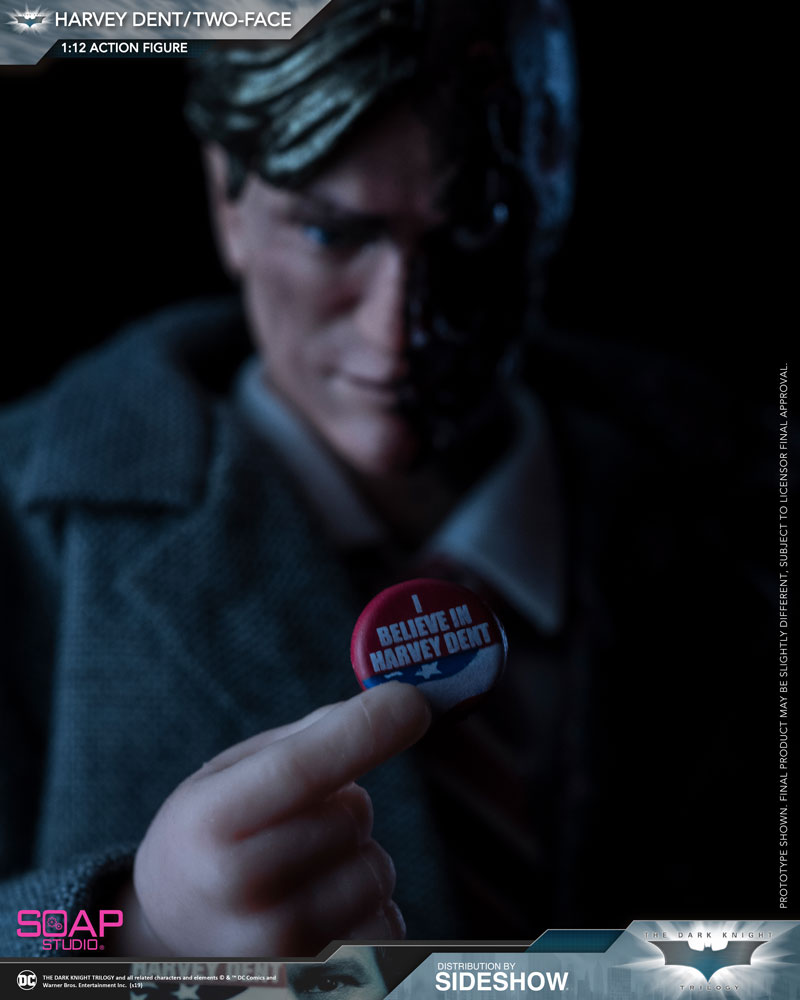 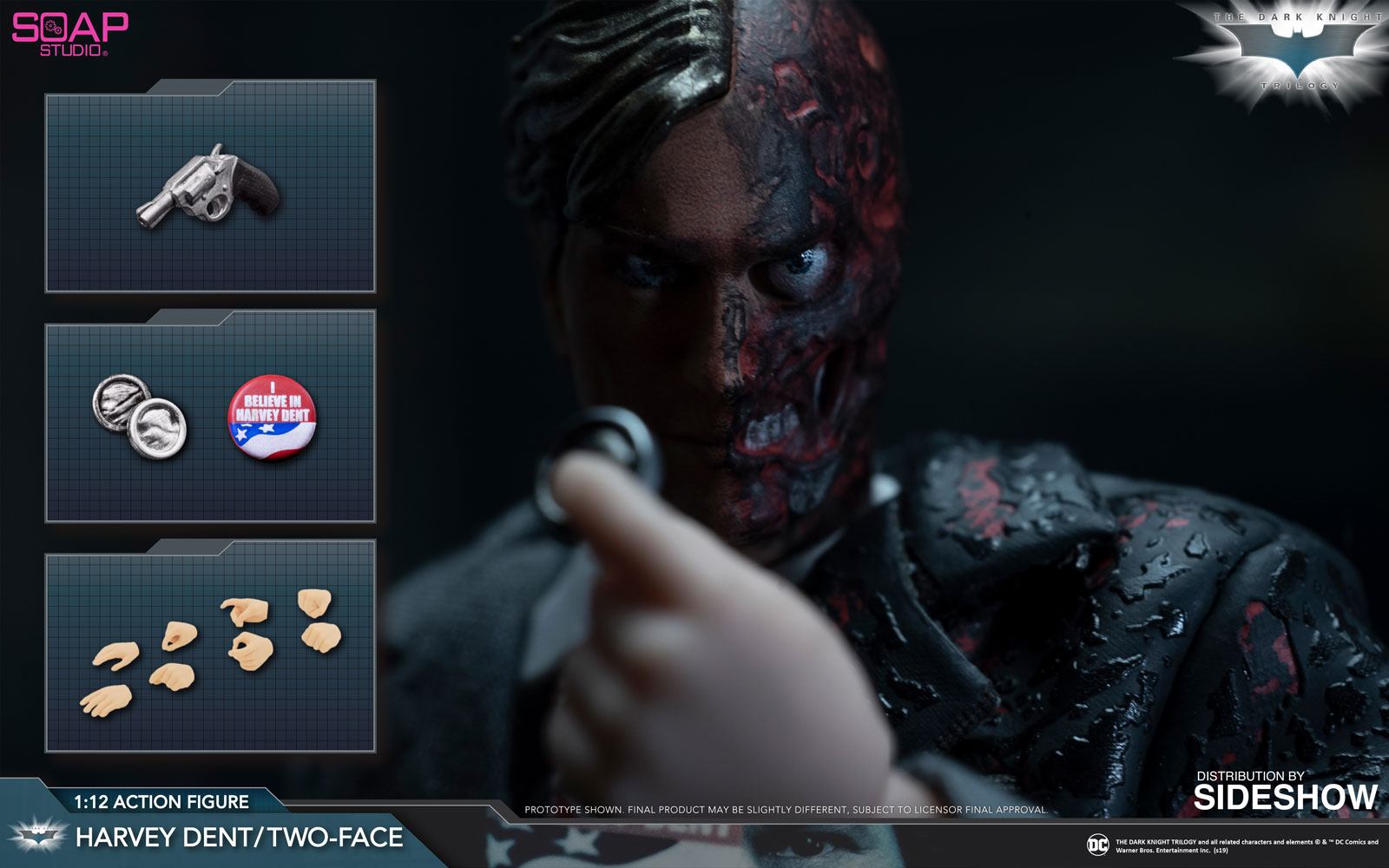 From the moment he became disfigured, the kind prosecutor Harvey Dent became a two-faced mad man and begins his obsession with making life and death decisions with a silver coin.

In the 2008 film, The Dark Knight, Aaron Eckhart plays Two-Face, Gotham City's prosecutor who tries his best to take down the mob and bring justice. The mob bosses turn to The Joker and the psychopath burns Dent's face.

The collectible figure features a detailed likeness of Aaron Eckhart from the film and stands approximately 7" tall. With 27 movable joints and a highly detailed costume and accessories, this is the perfect addition to your Batman collection!