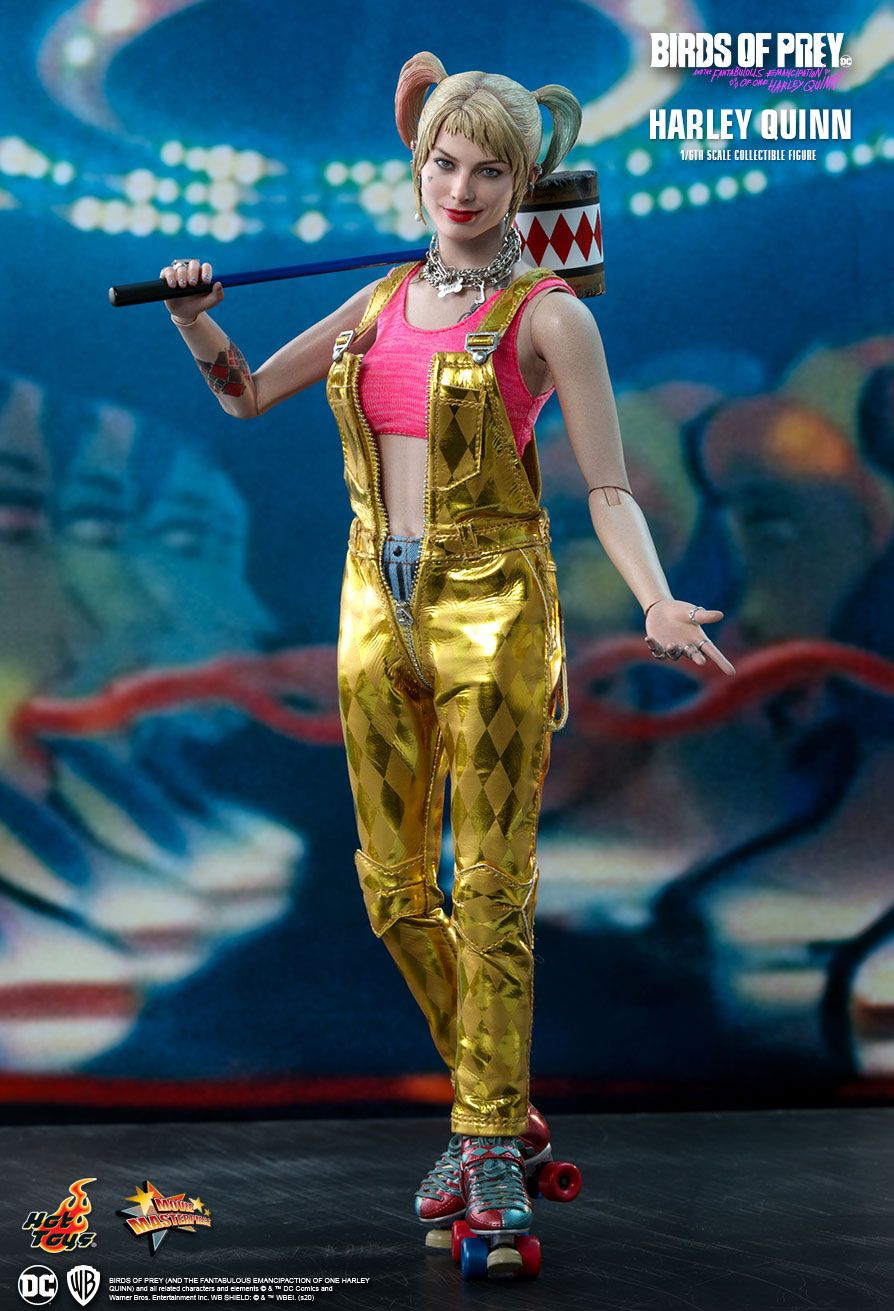 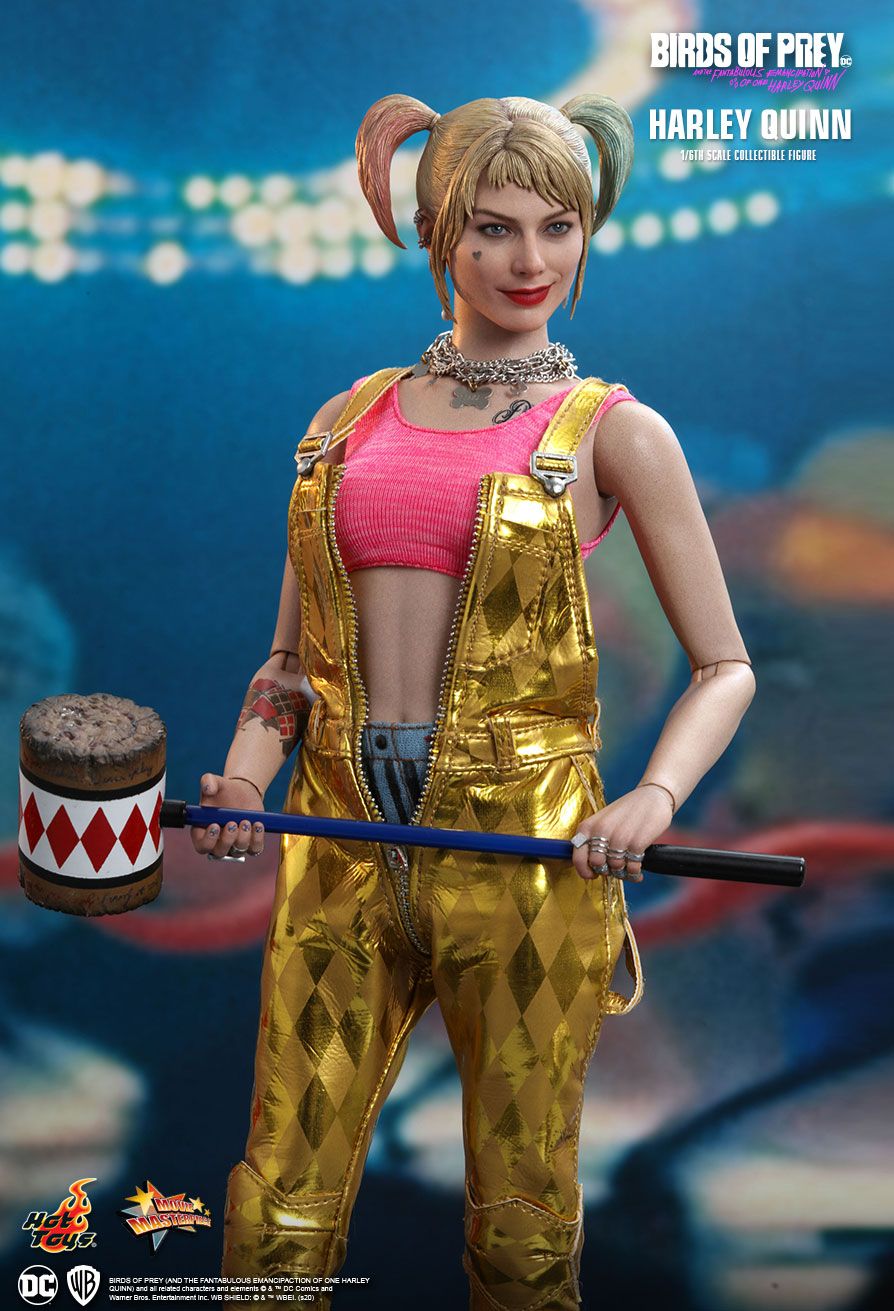 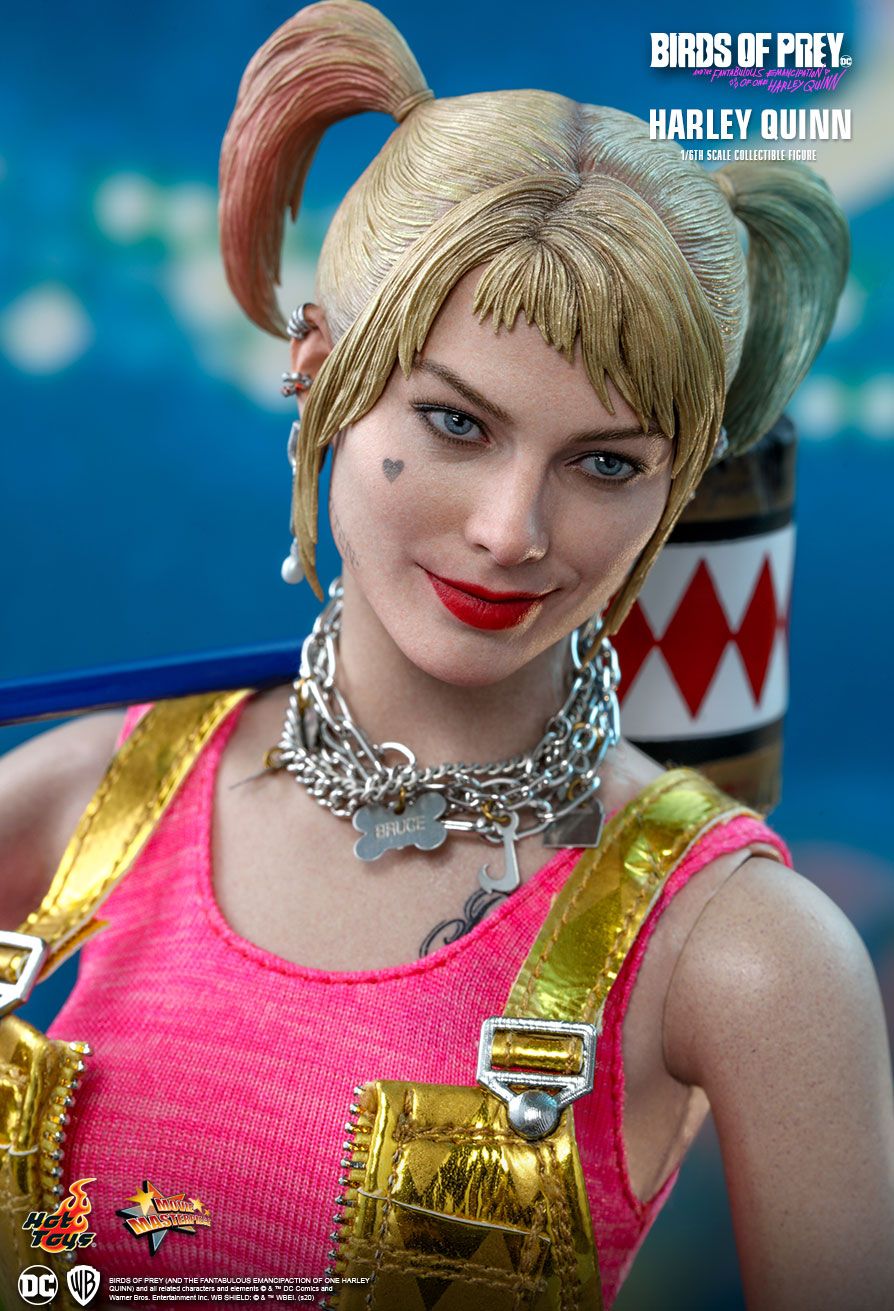 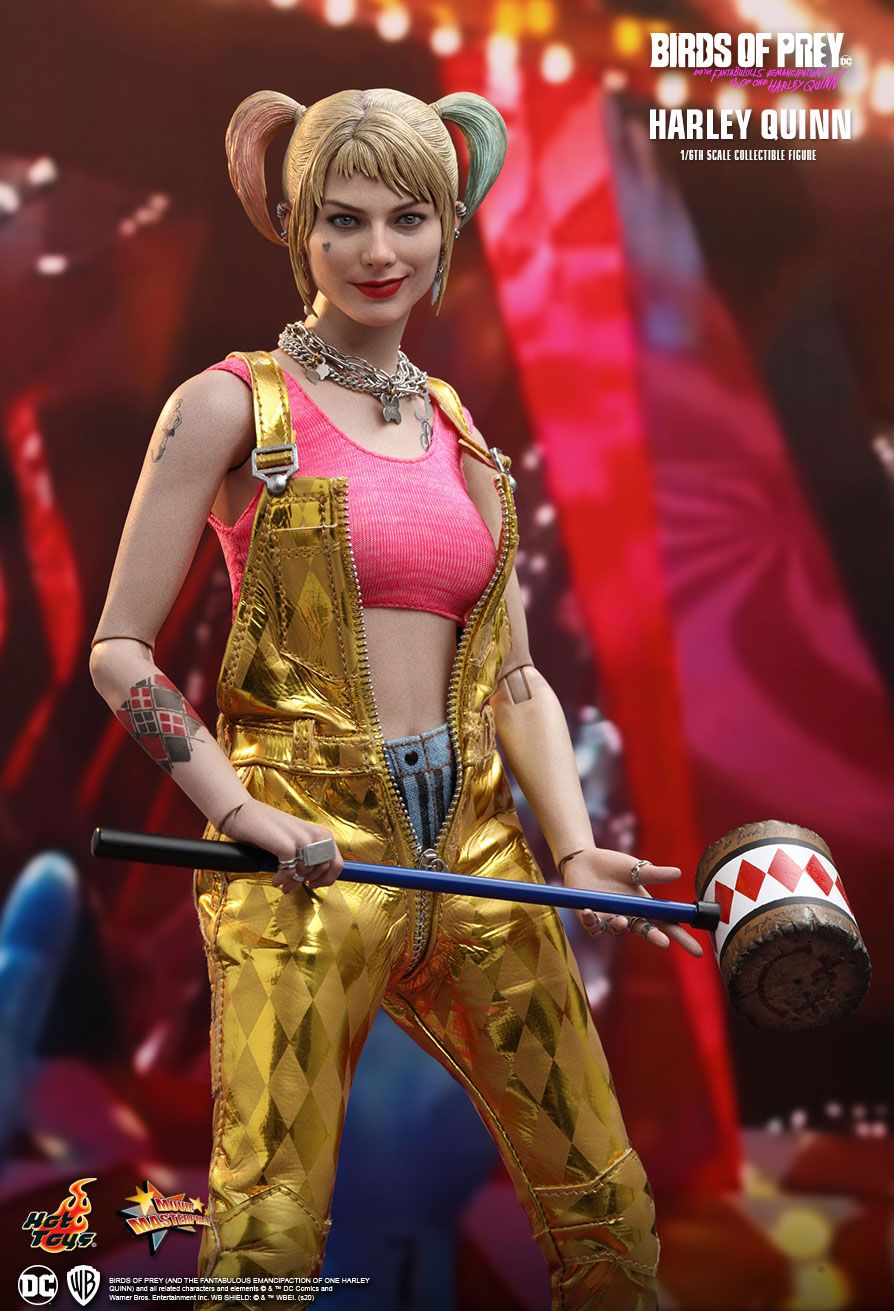 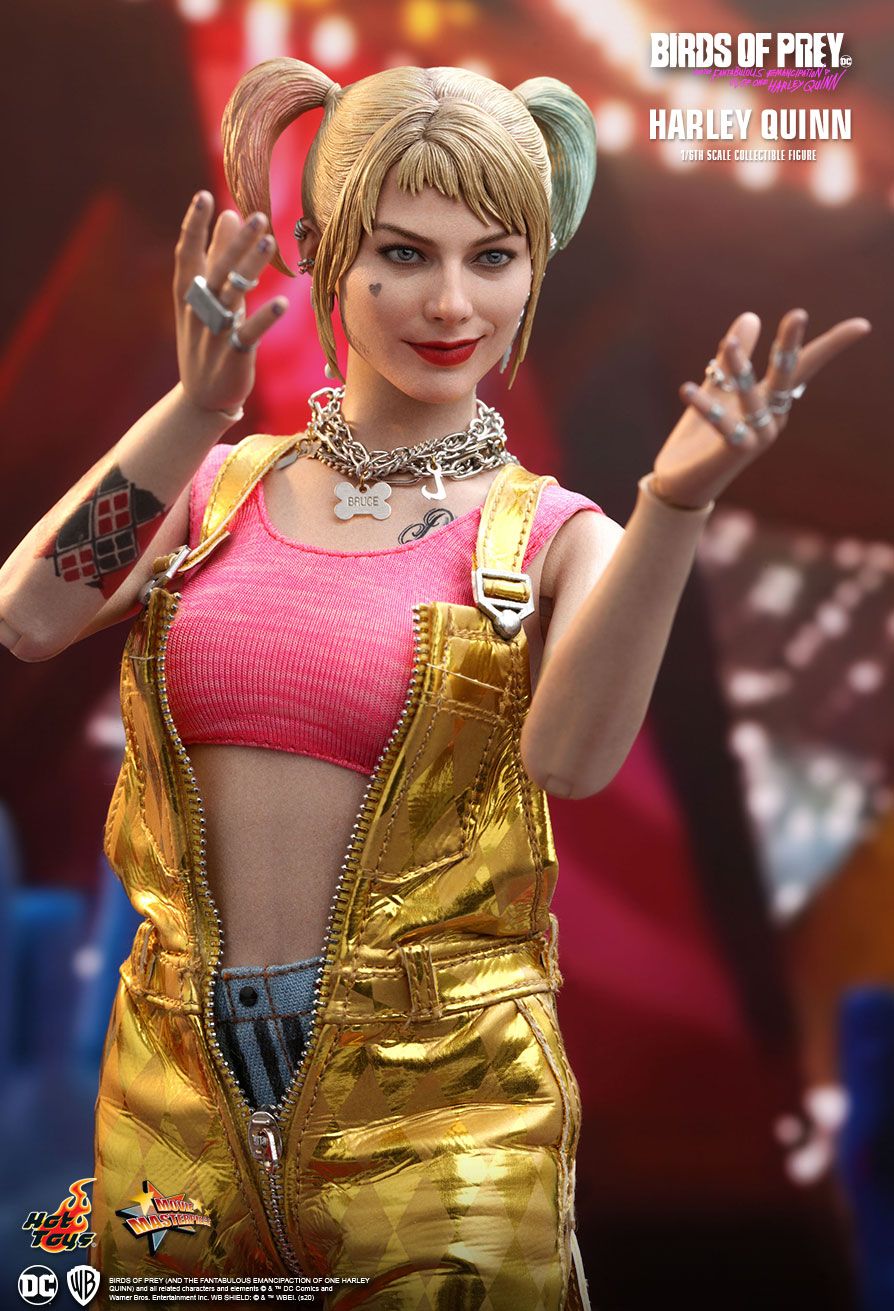 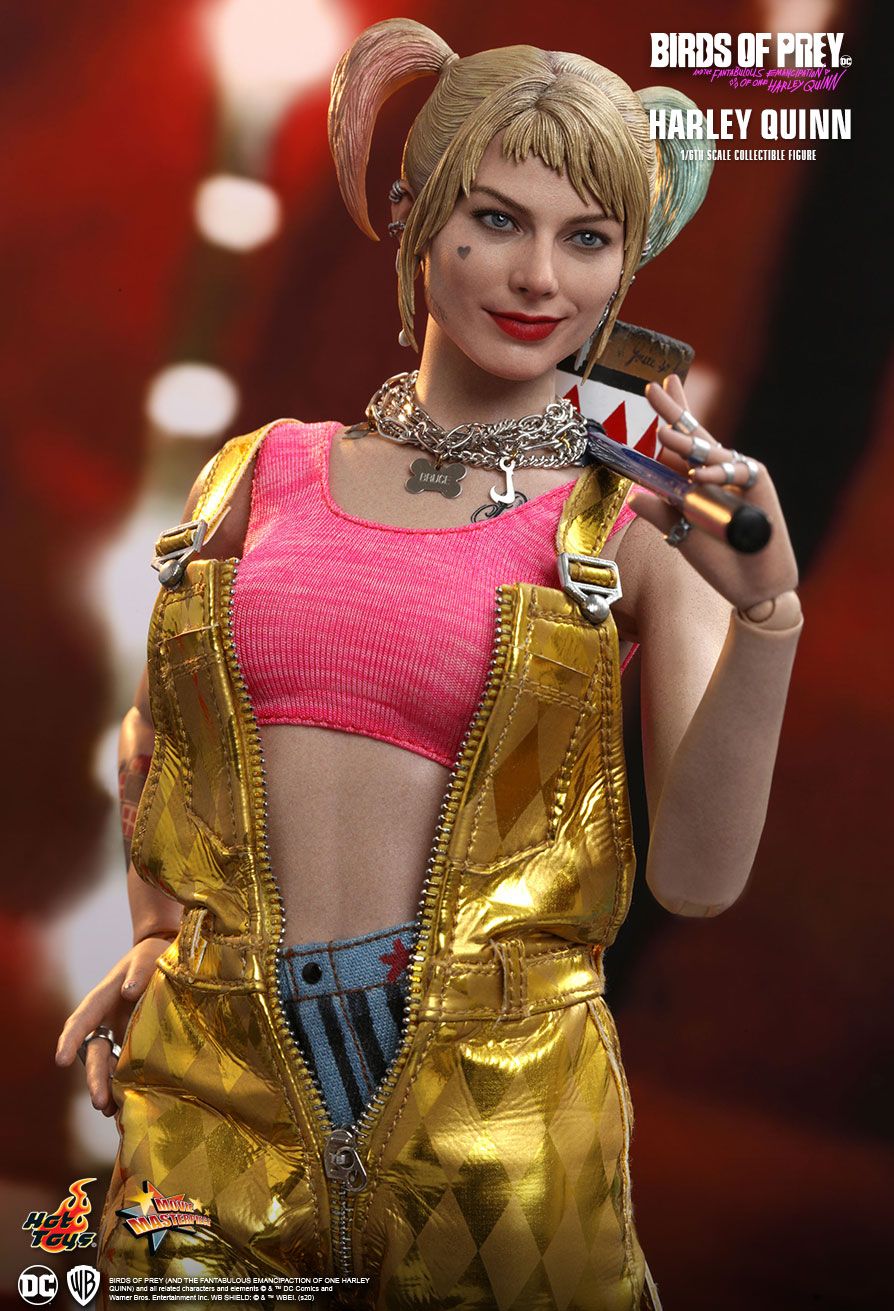 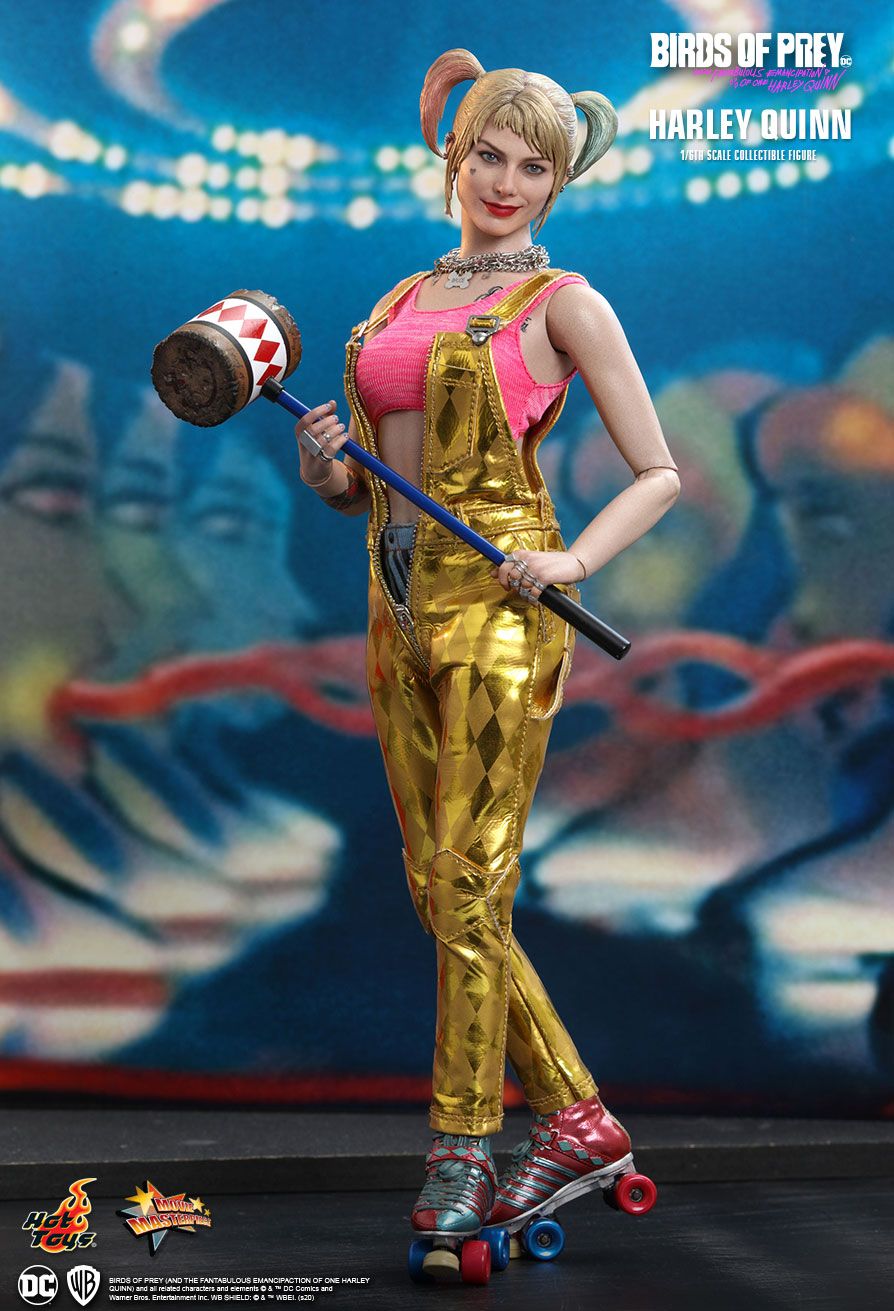 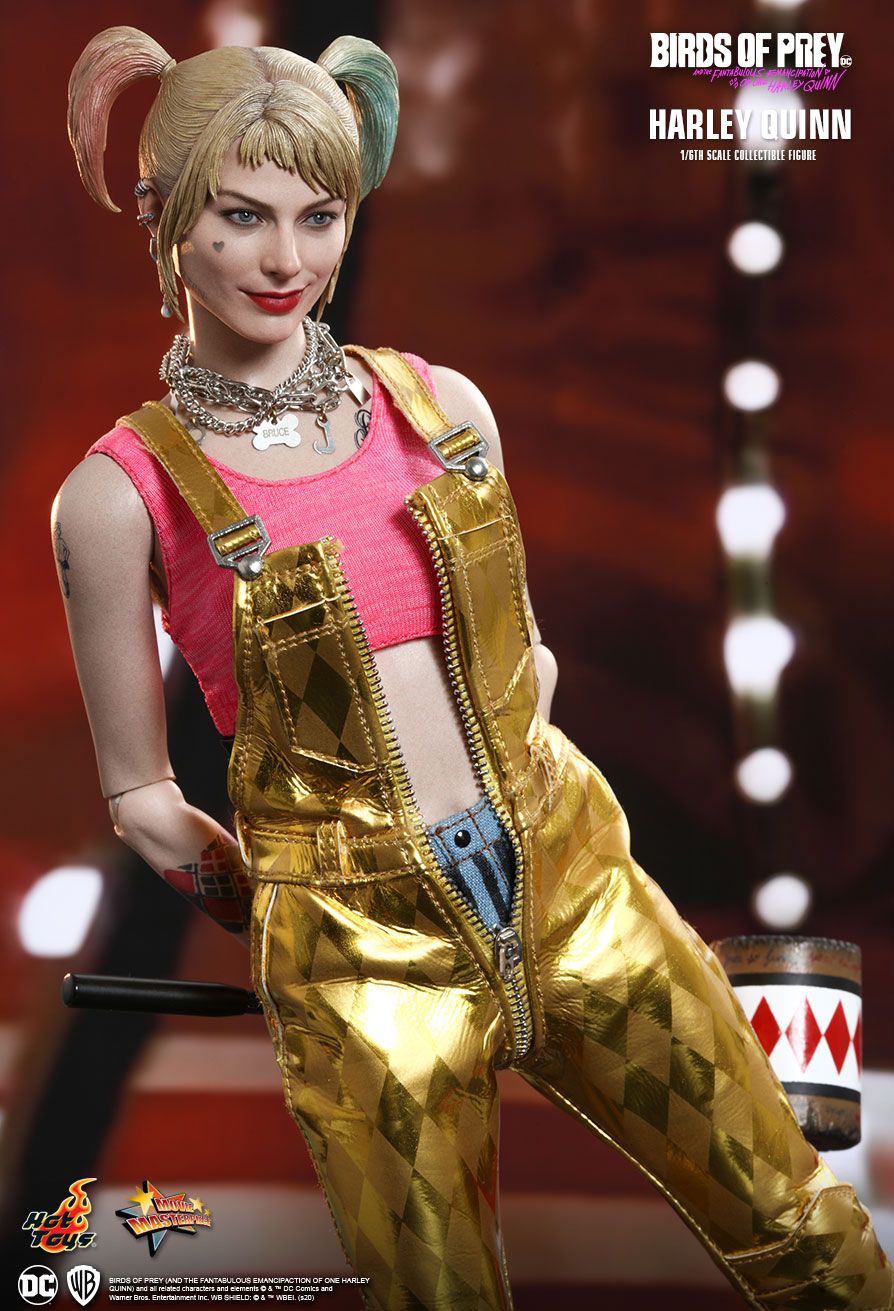 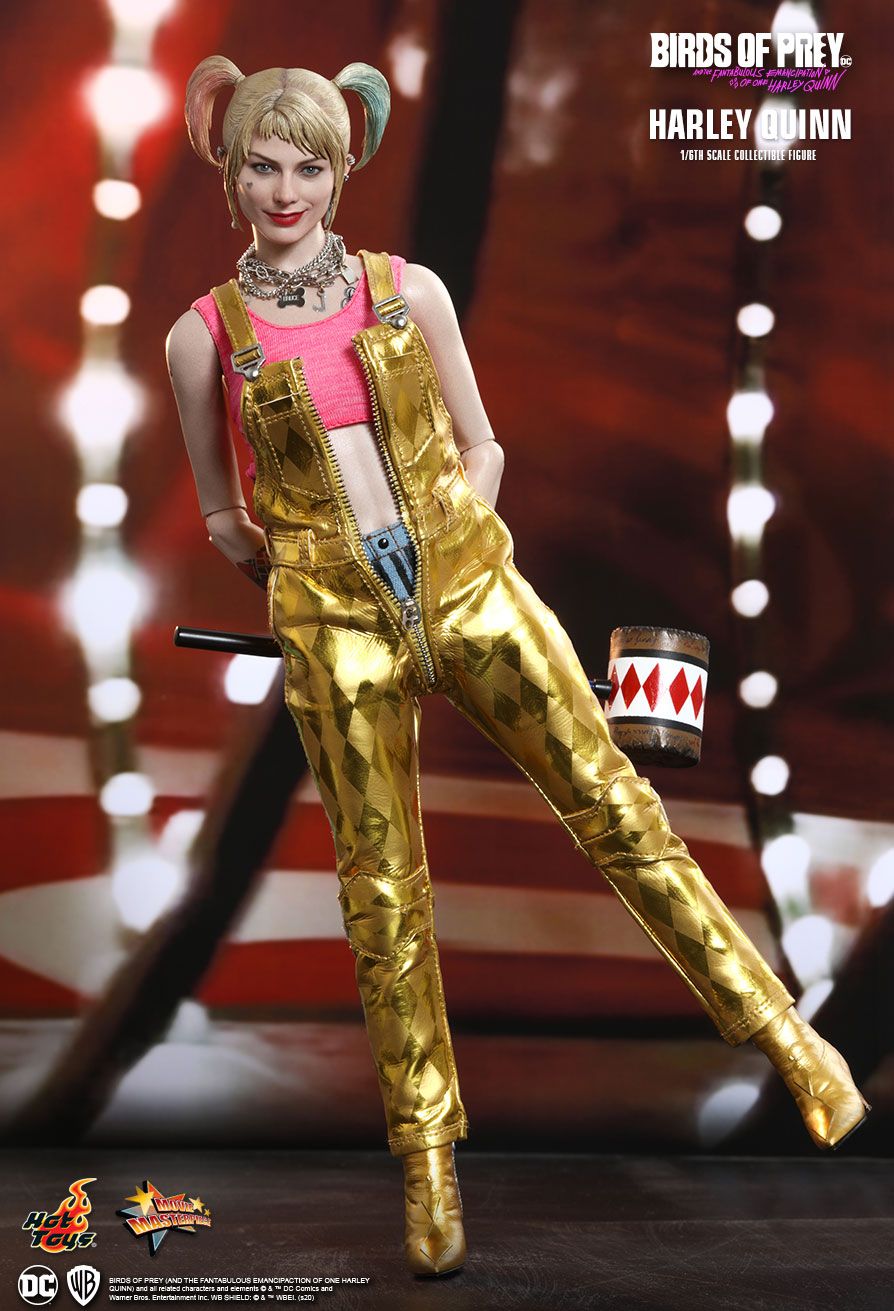 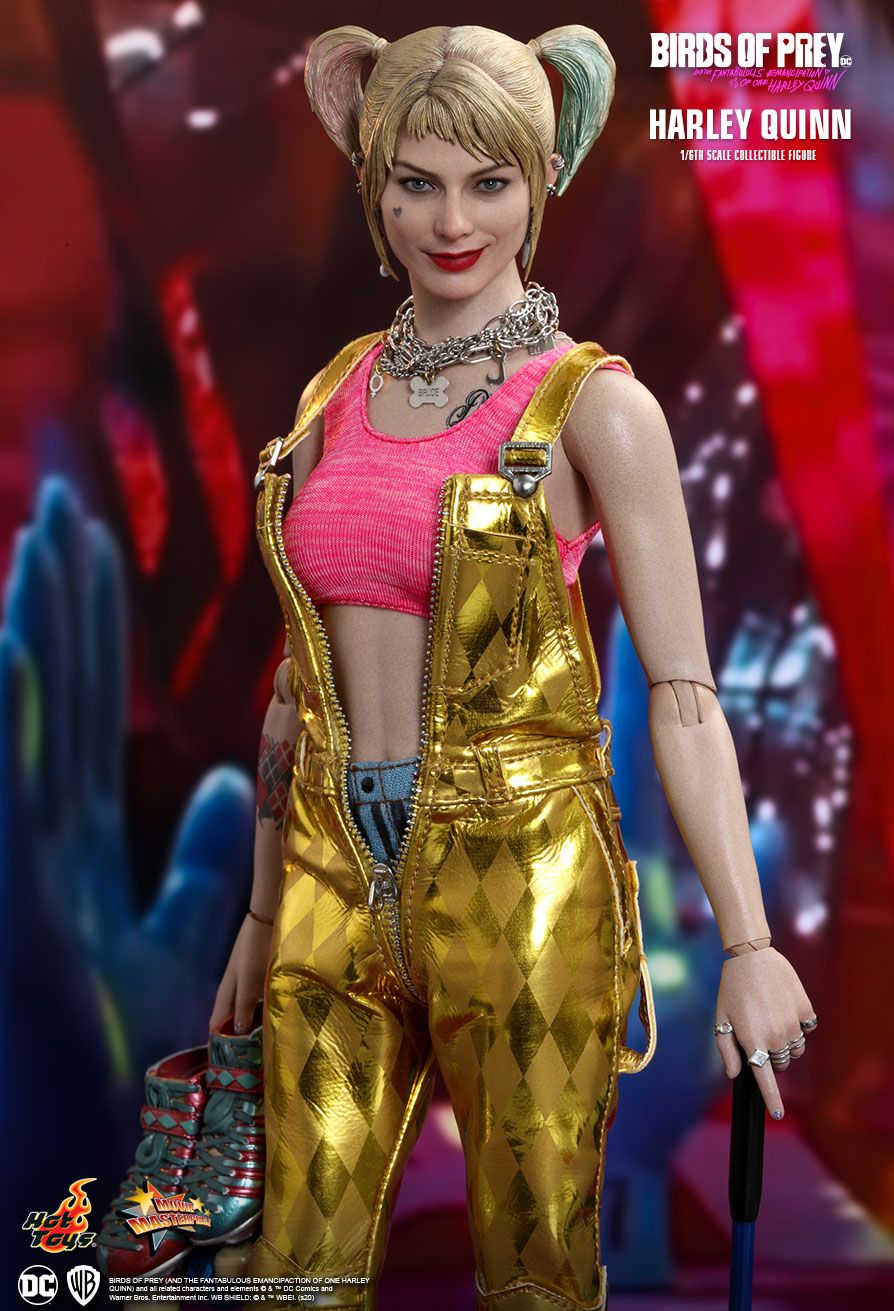 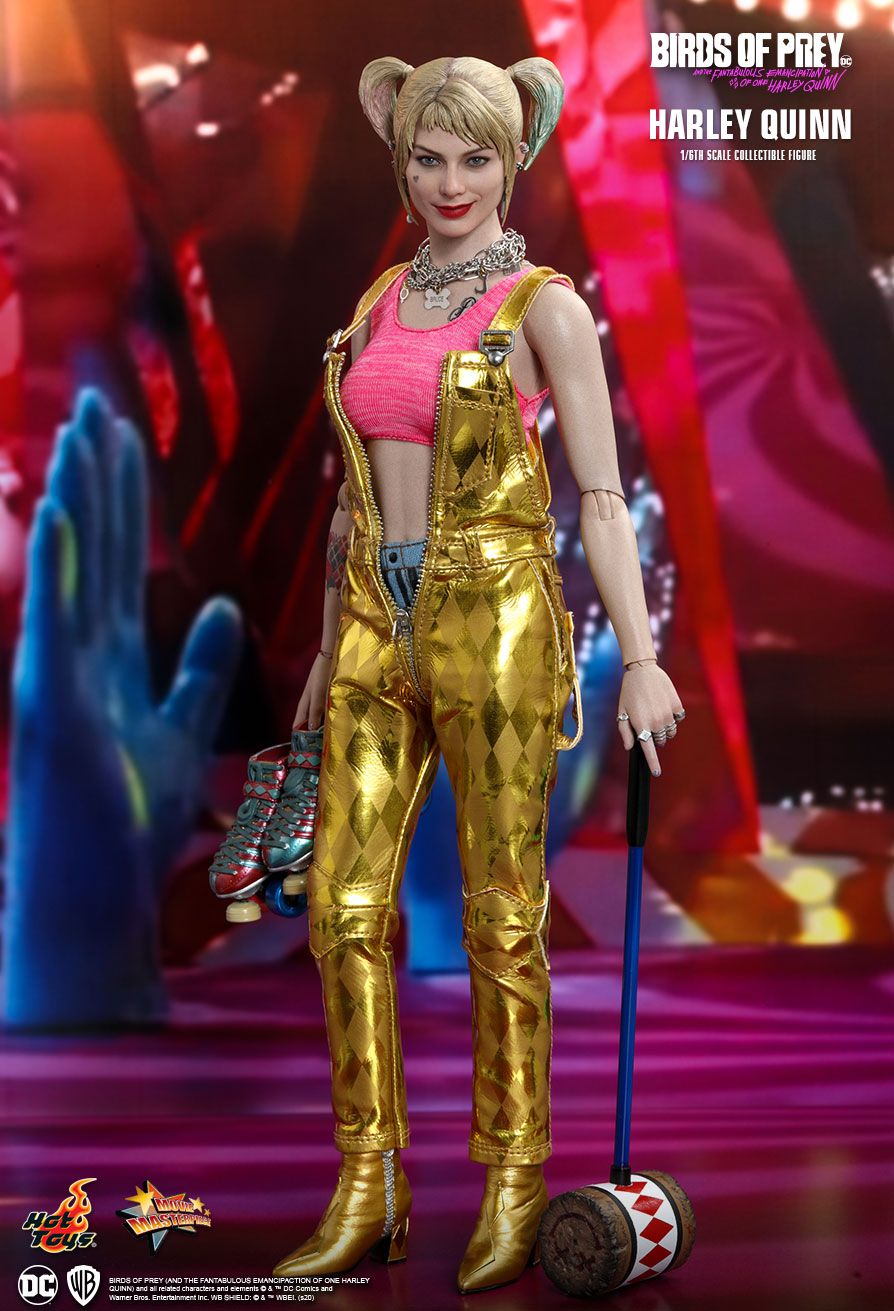 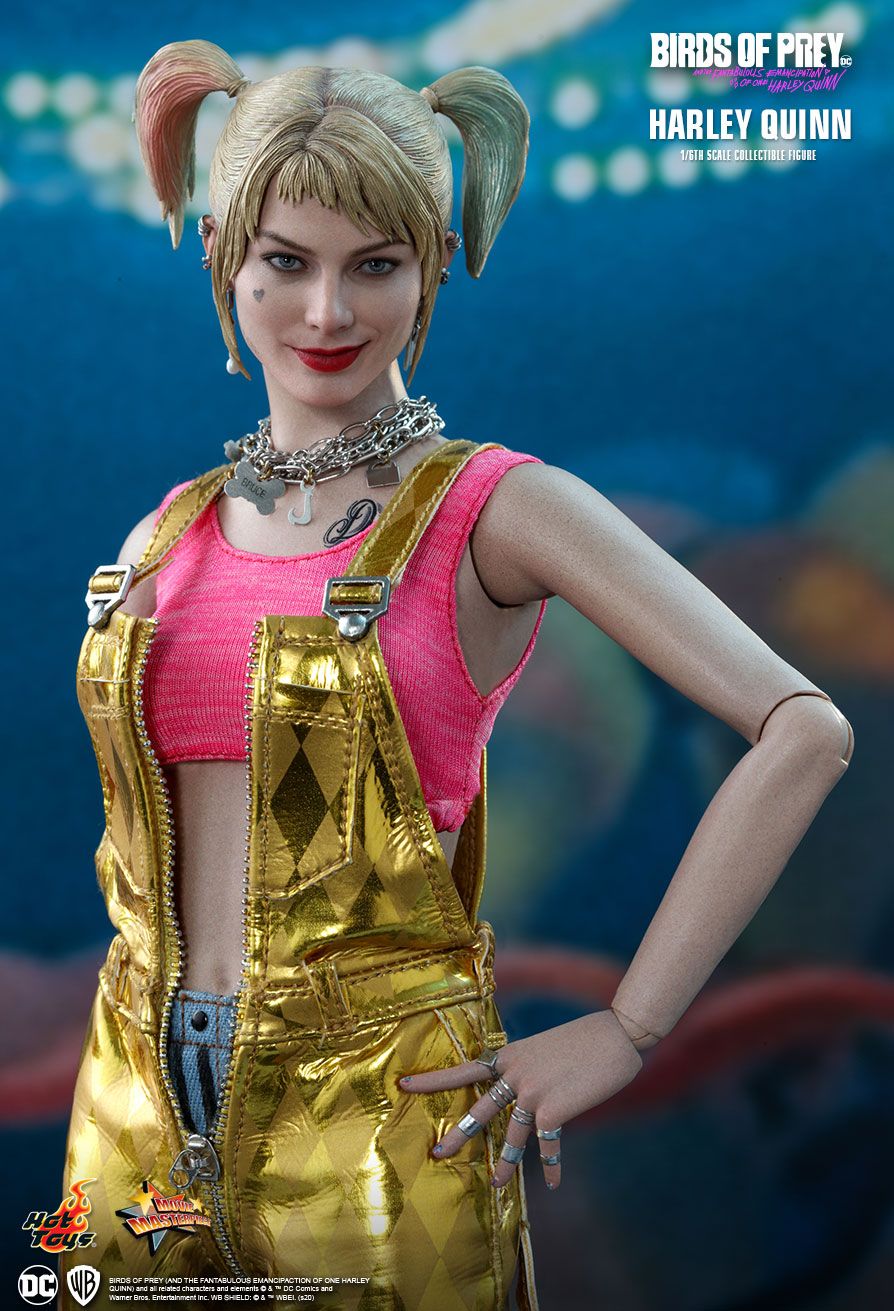 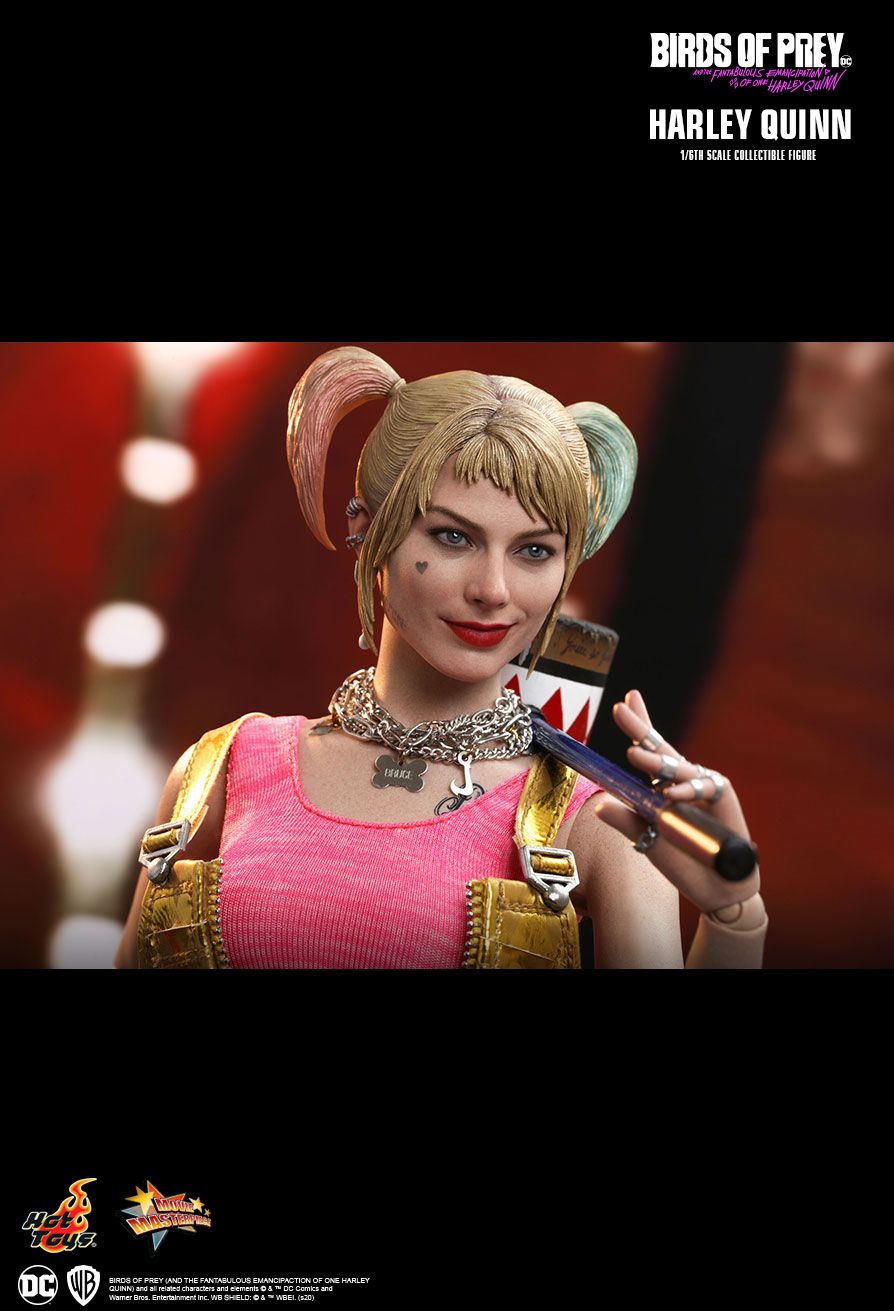 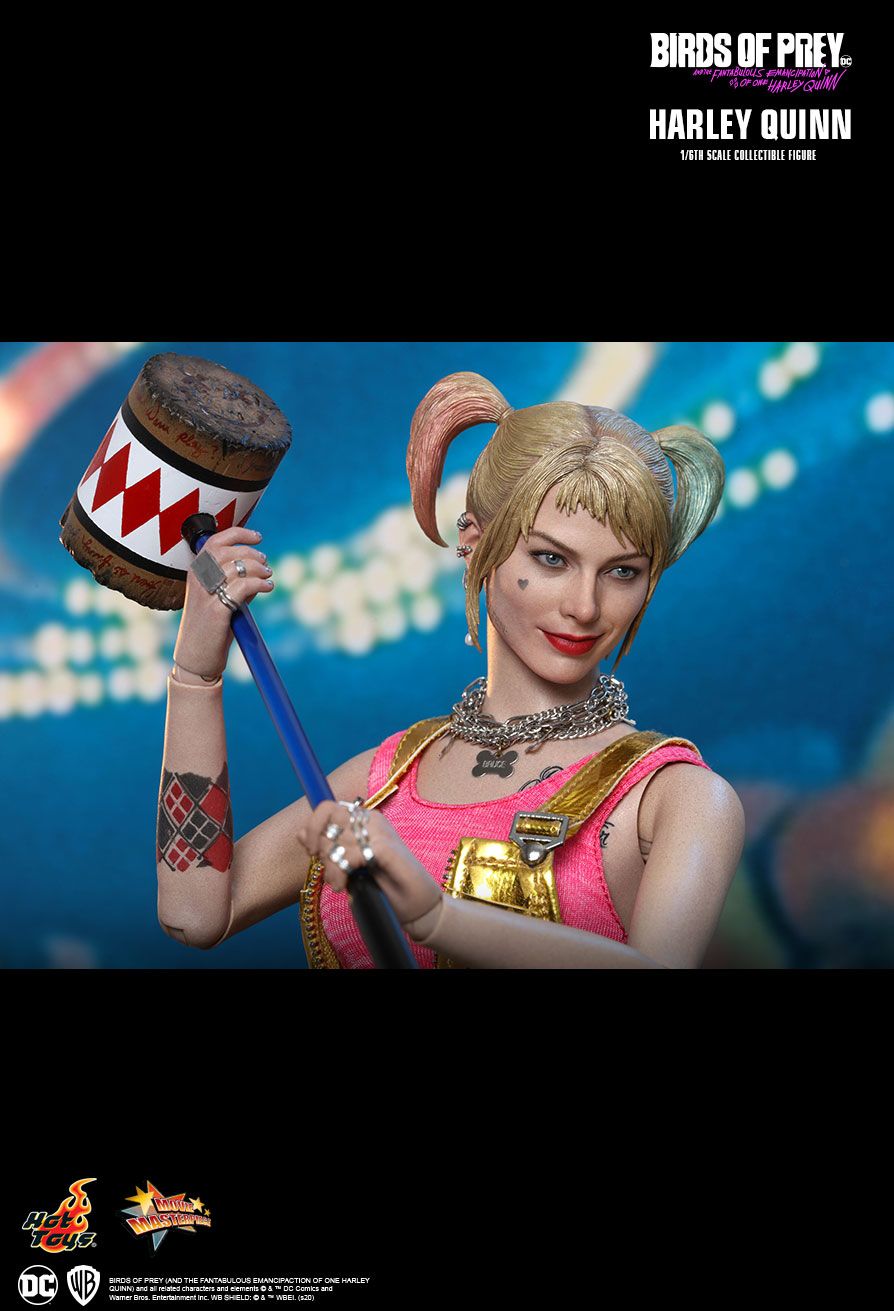 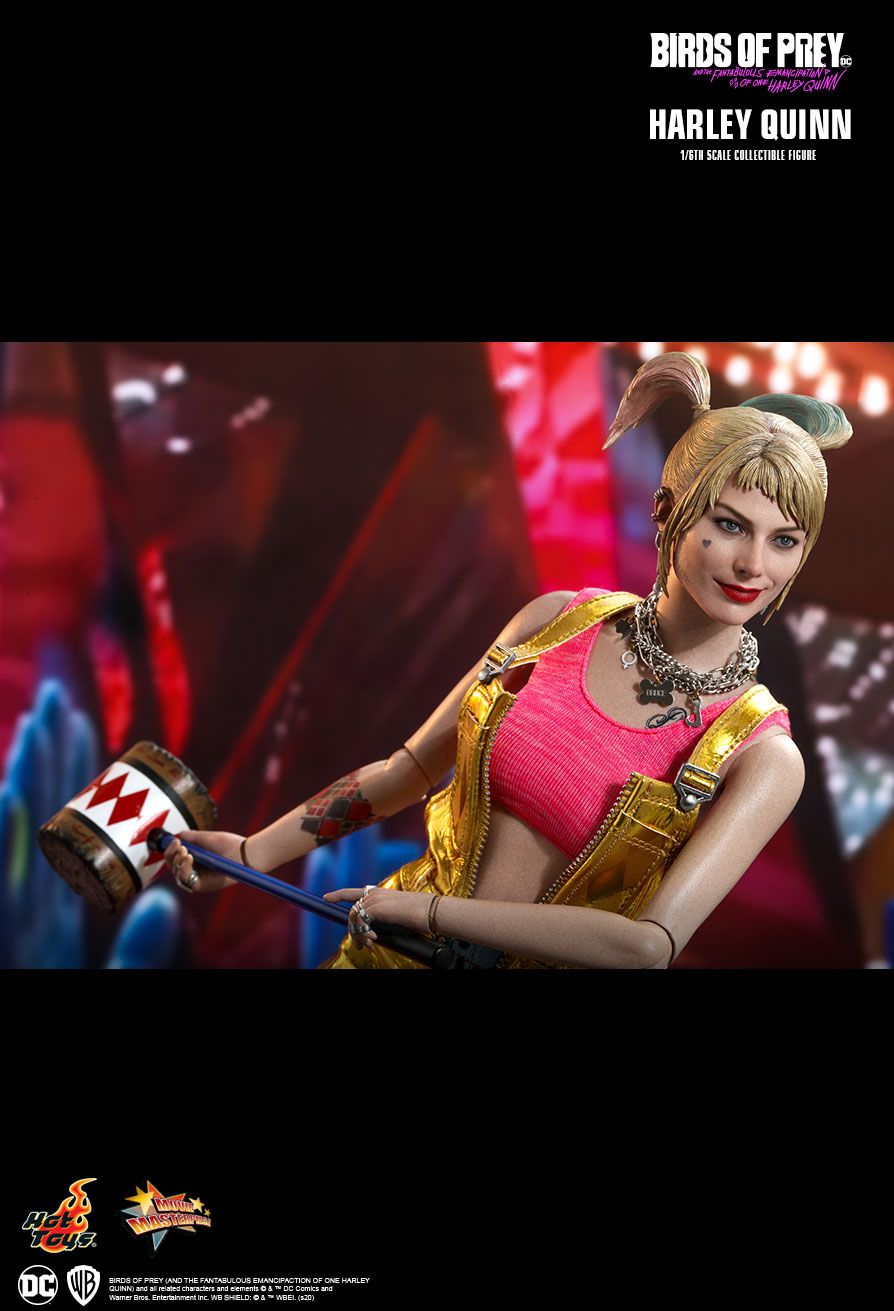 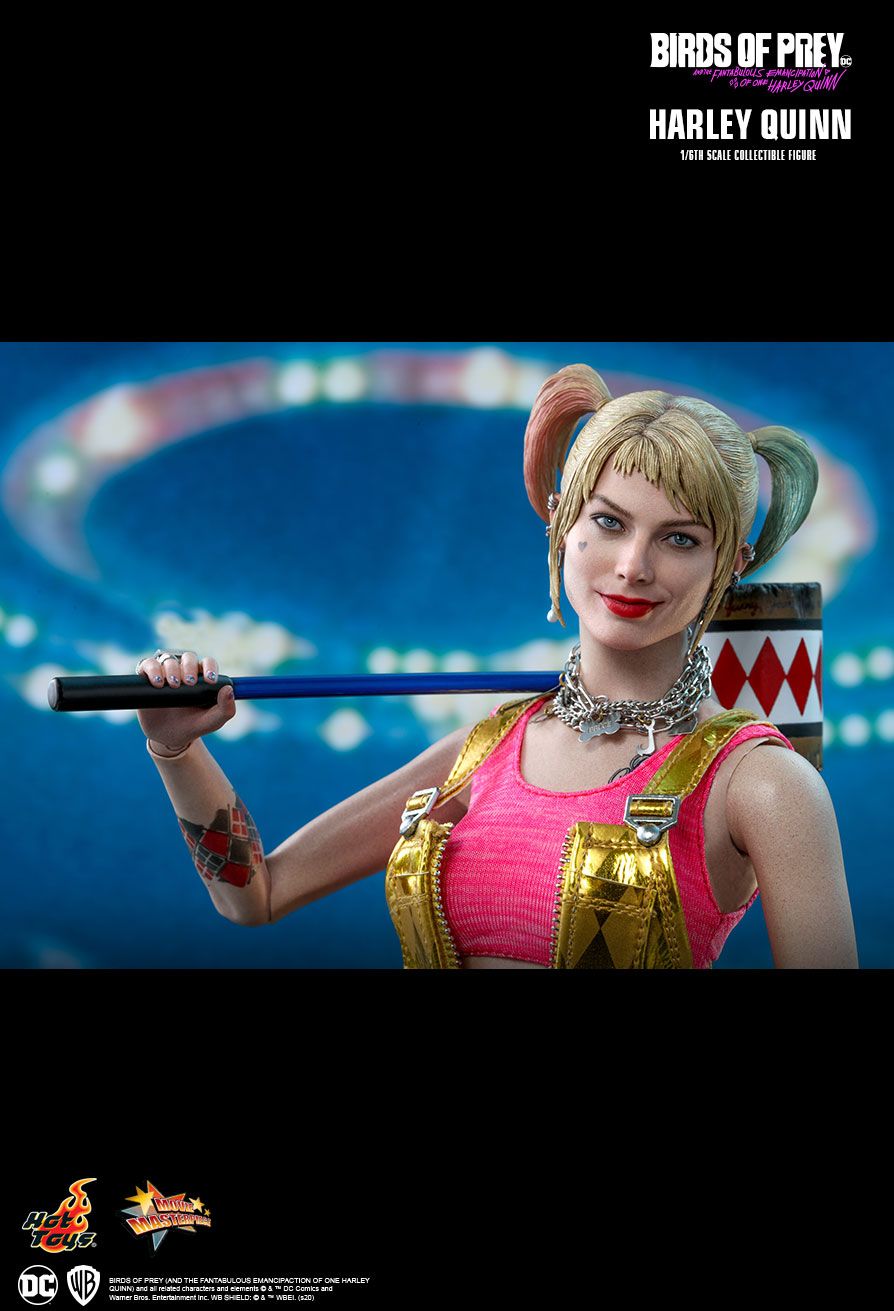 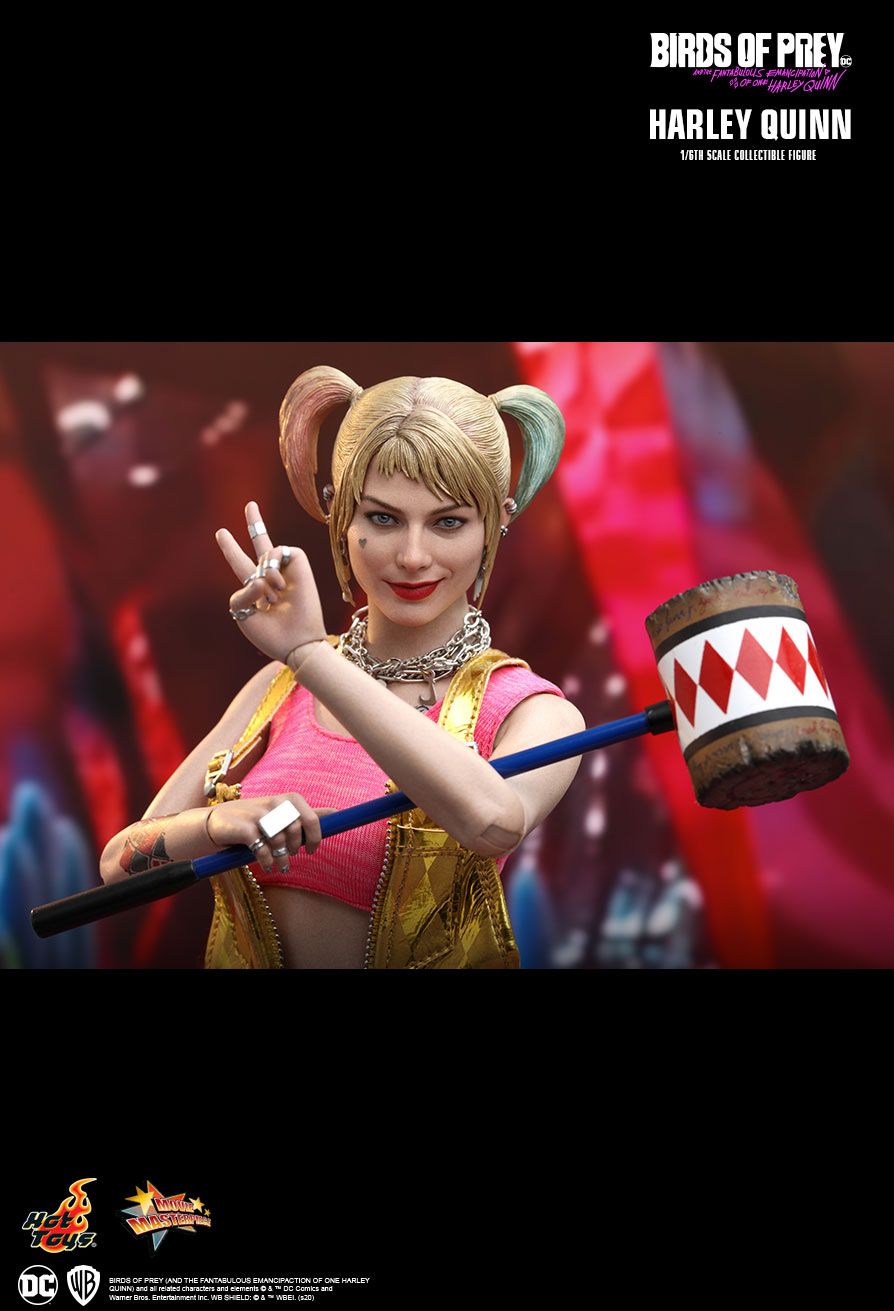 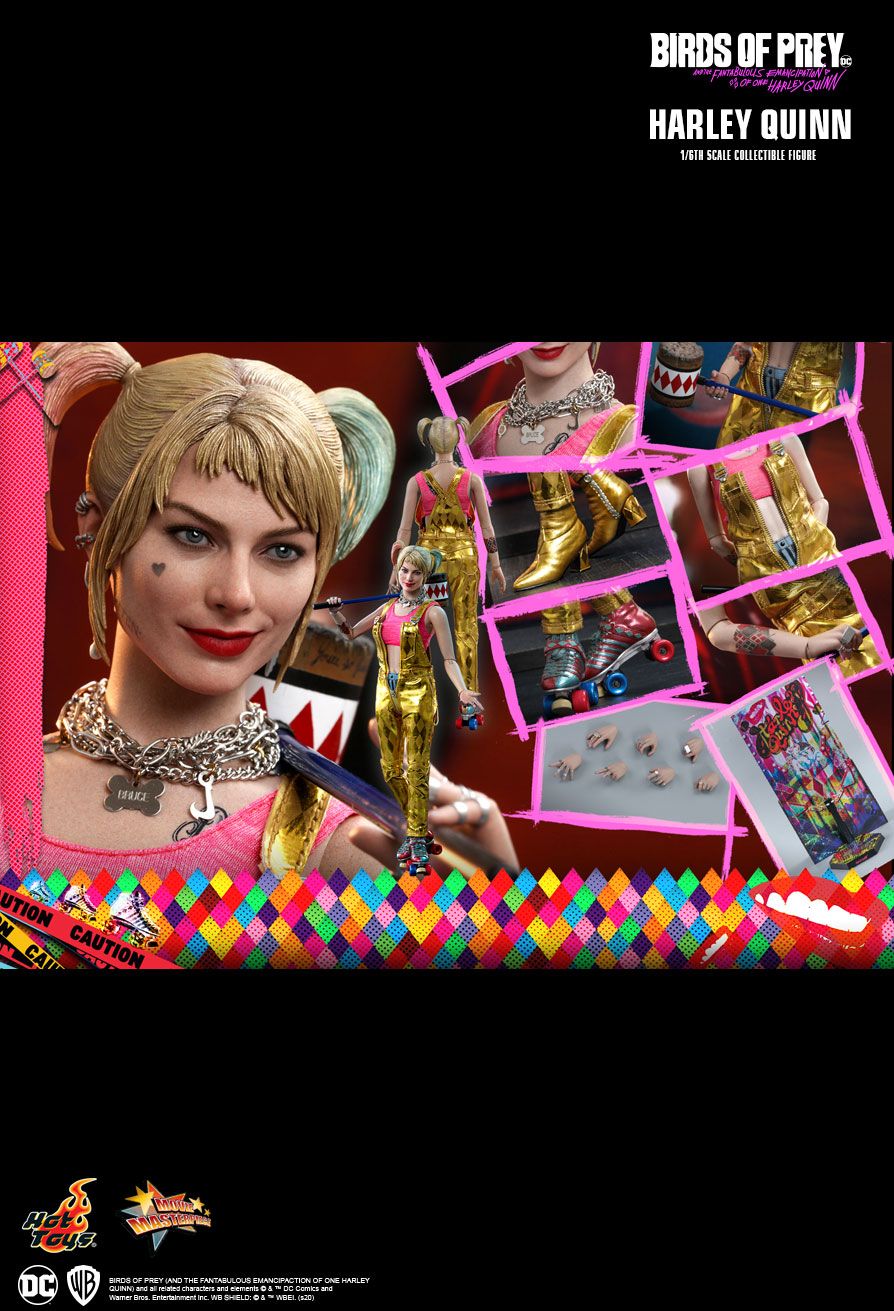 The villainous Harley Quinn will return to Gotham City in no time. She has been emancipated from her former beau, Mistah J, and has broken away from the Suicide Squad. Now she’s gathering a group of women vigilantes as her own girl gang to face off again the other supervillains out there!

Hot Toys is thrilled to unmask the latest sixth scale Harley Quinn collectible figure from the DC Extended Universe blockbuster - Birds of Prey! Meet the gang leader, behind Birds of Prey (and the Fantabulous Emancipation of One Harley Quinn), and go inside the mind of an unhinged antihero who’s breaking all the rules.

Beautifully crafted based on the screen appearance of Margot Robbie as Harley Quinn in Birds of Prey, the movie-accurate collectible figure features a newly developed head and hair sculpture with incredible workmanship, a sophisticatedly tailored golden overall outfit as seen in the first trailer of the film, a pair of interchangeable roller shoes, Harley’s iconic mallet, a chain necklaces, a figure stand with specially designed graphic cards and character backdrop.

Channel your inner Harley Quinn with this latest figure capturing her brilliant look in Birds of Prey!