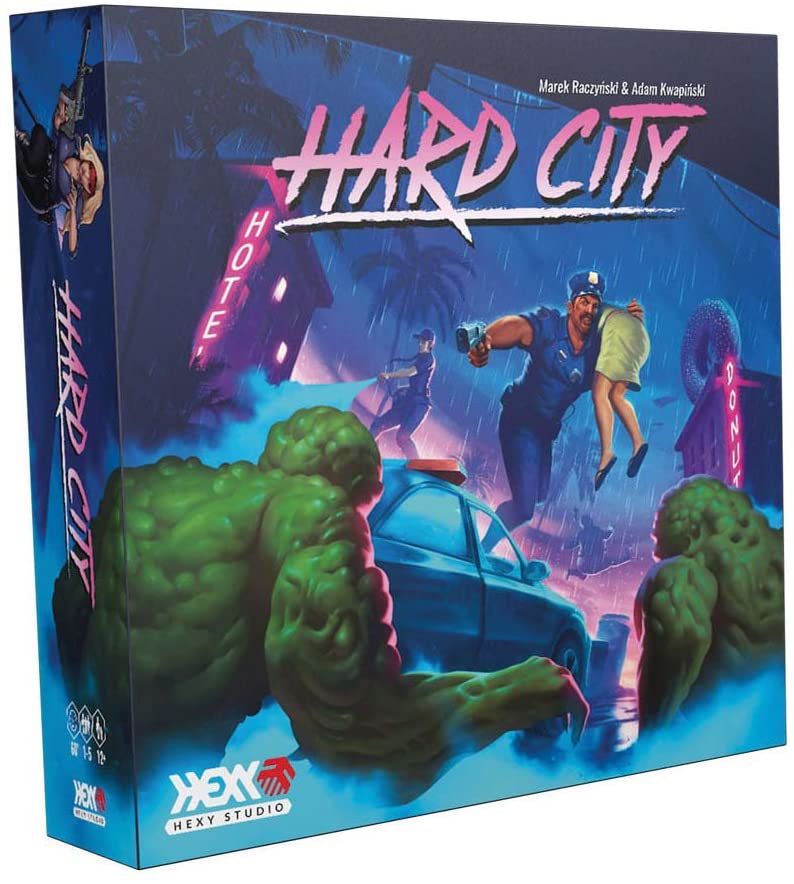 Hard City is a miniatures board game for 1 to 5 players, in which you will take on the role of brave officers of the Hard City Police Department. They will have to face off against the hordes of mutants controlled by the evil Doctor Zero - a mad scientist who wants to take over the city today... and the whole world tomorrow! In order to get out of this clash, players will have to work together to rescue as many citizens as possible. They will be using the unique abilities of their characters to counter the bloodthirsty mutants’ attacks.

Become a police officer and enter the rainy, neon-lit streets of Hard City. Stop the evil mastermind Doctor Zero, shoot mutants, rescue civilians, and blast some cool synth music really loud, while driving your Chevrolet. You will be given a whole arsenal of weapons and various items that will help you withstand until reinforcements arrive. Or become Doctor Zero himself, send your minions to the streets of the city, fight the officers, and finally take control of the whole metropolis!

Imagine a strategy dungeon crawler board game, played in the “1 vs. all” mode… but in a unique “new retro” setting, heavily inspired by B-class action movies and the atmosphere of the 1980s era! Who will survive on the streets of mayhem?