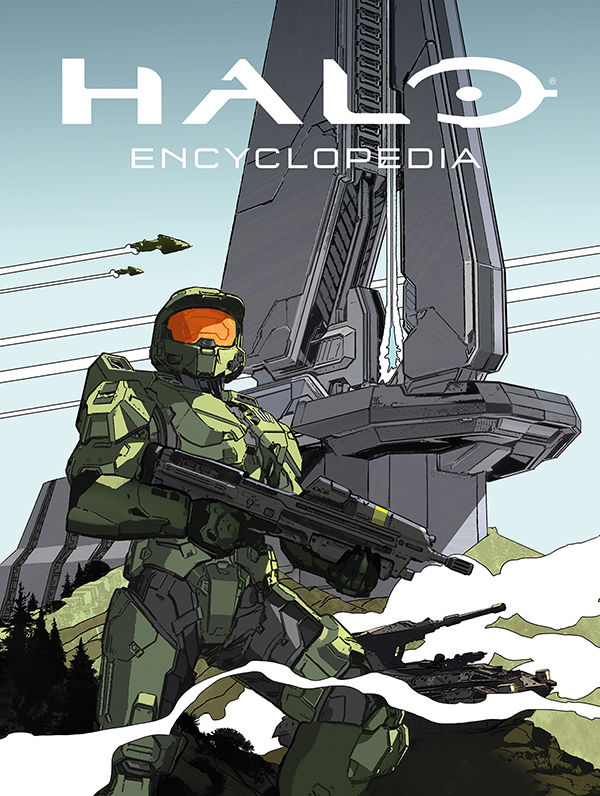 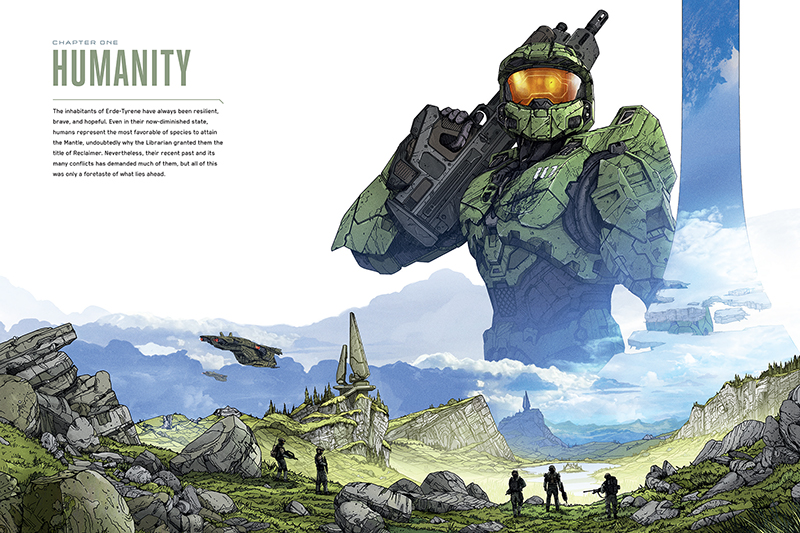 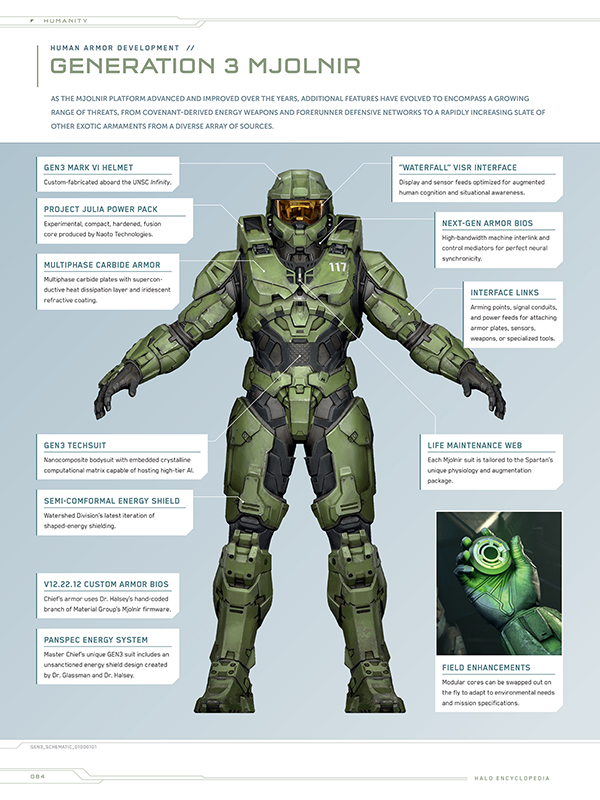 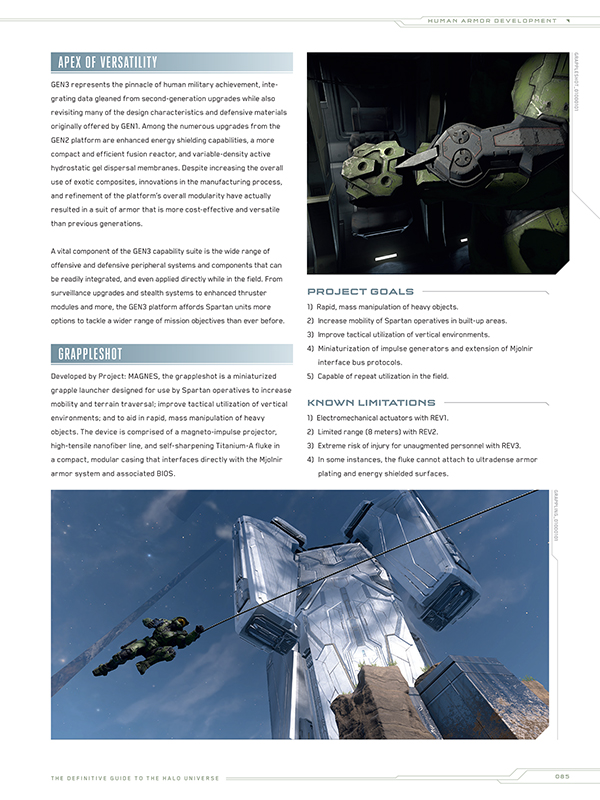 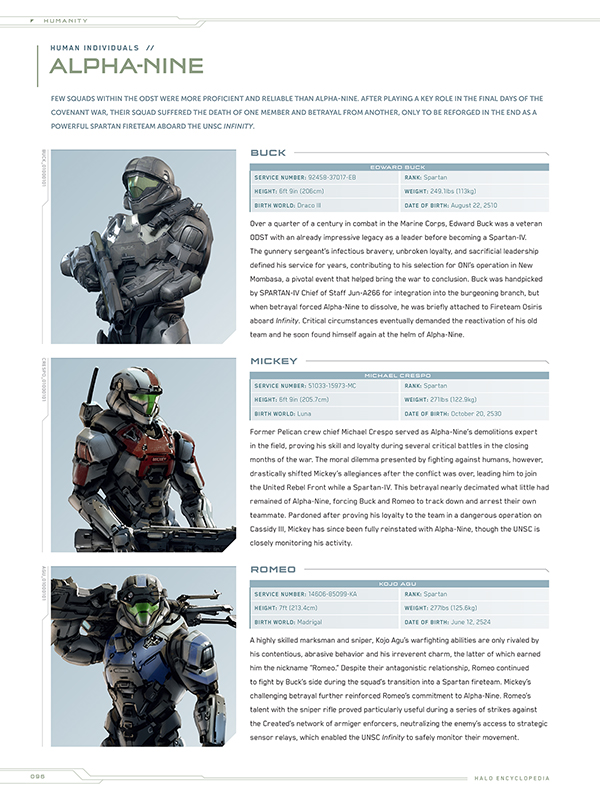 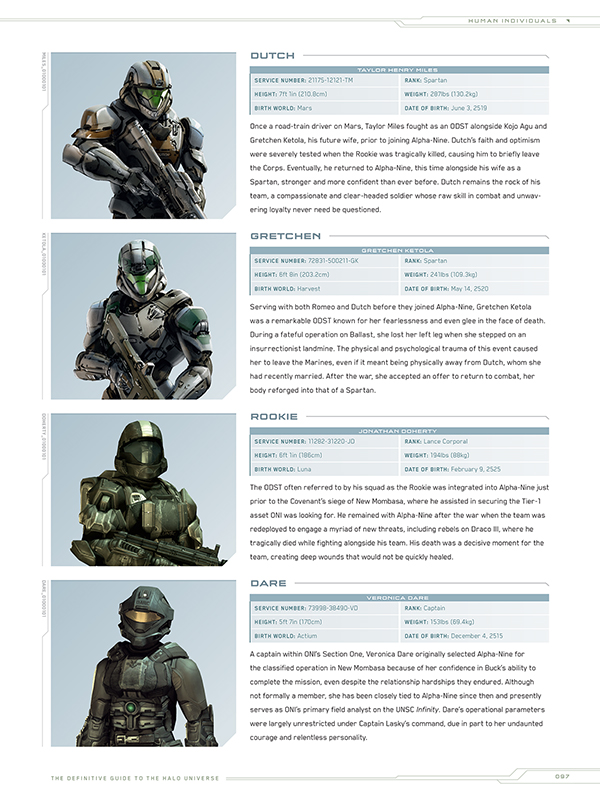 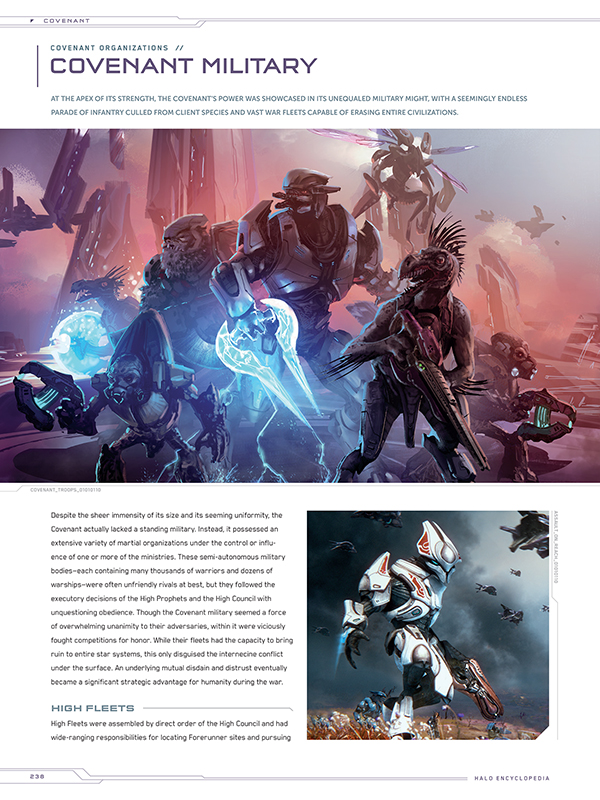 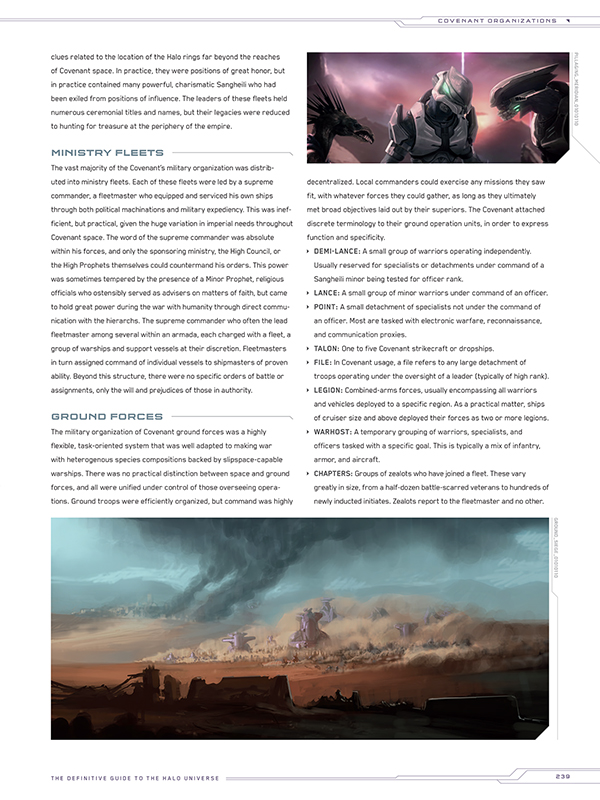 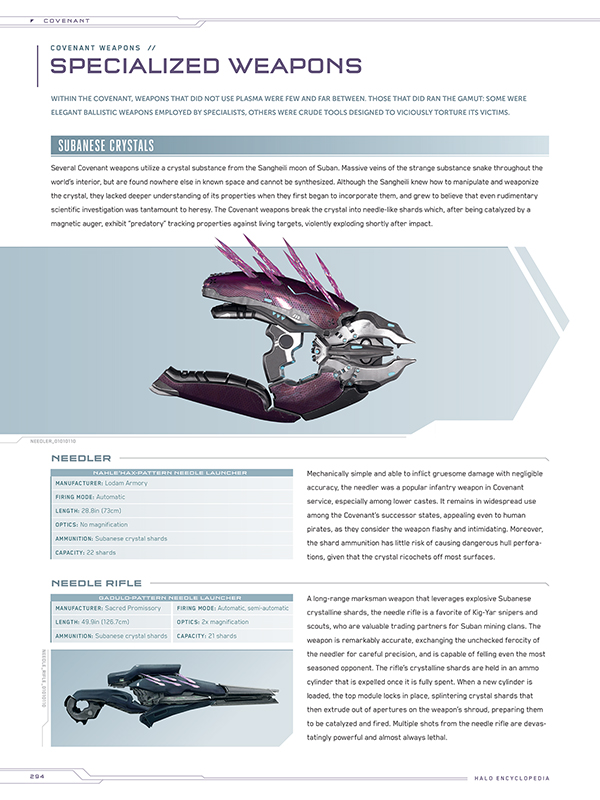 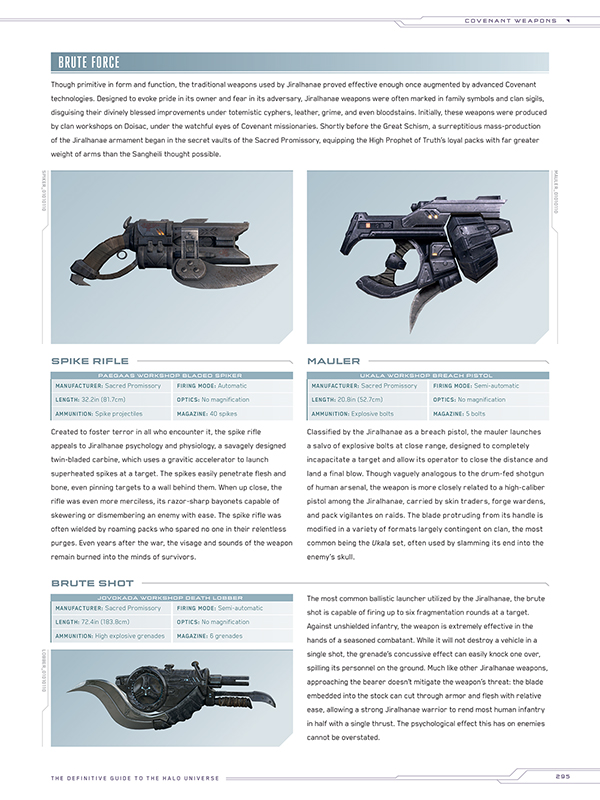 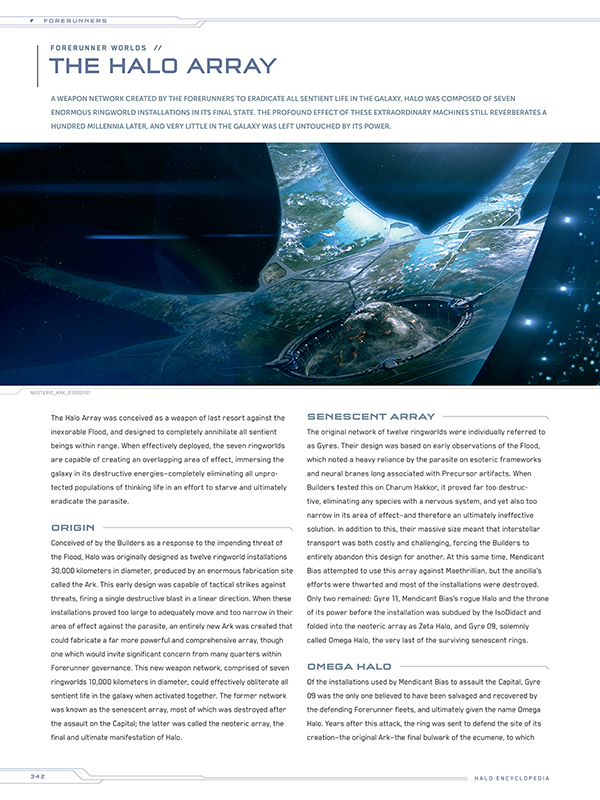 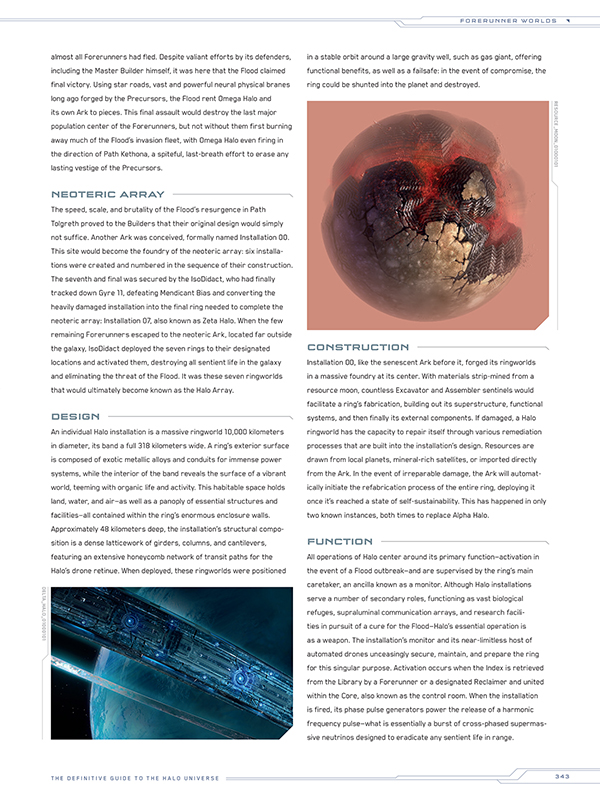 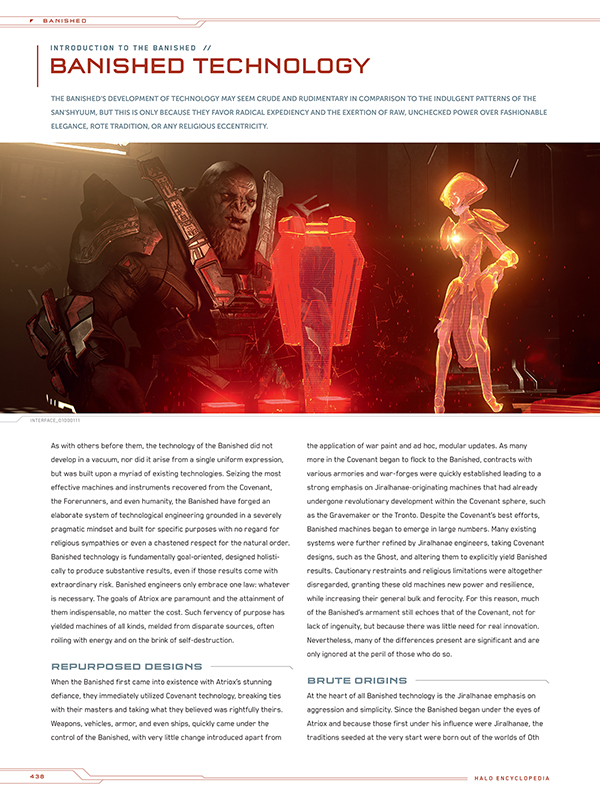 In the 26th century, humanity relentlessly continues their fight for survival, an enduring conflict set against the backdrop of the enigmatic and ancient ringworld known as Halo.

The universe of Halo is remarkably vast in scale and astonishingly elaborate in detail, telling rich stories filled with bold characters, breathtaking worlds, and thrilling conflicts. In celebration of the 20th anniversary of Halo, Dark Horse and 343 Industries have teamed up to deliver the most definitive guide to the universe thus far. Spanning over a hundred millennia and encompassing over a hundred thousand light years, the Halo Encyclopedia captures two decades of storytelling with stunning, never-before-seen art and the most detailed exploration of the universes many characters, worlds, and technologies to have ever been created.