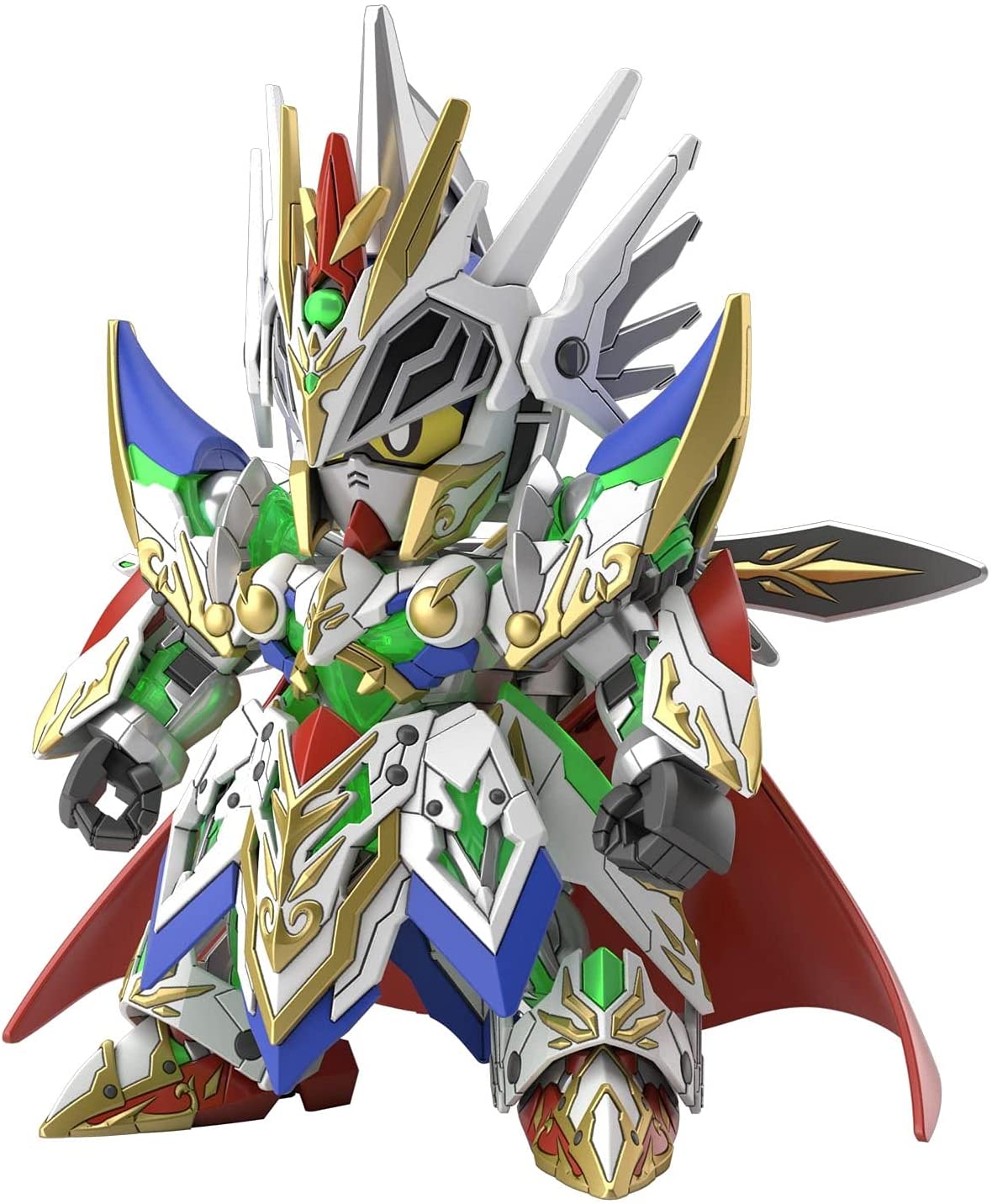 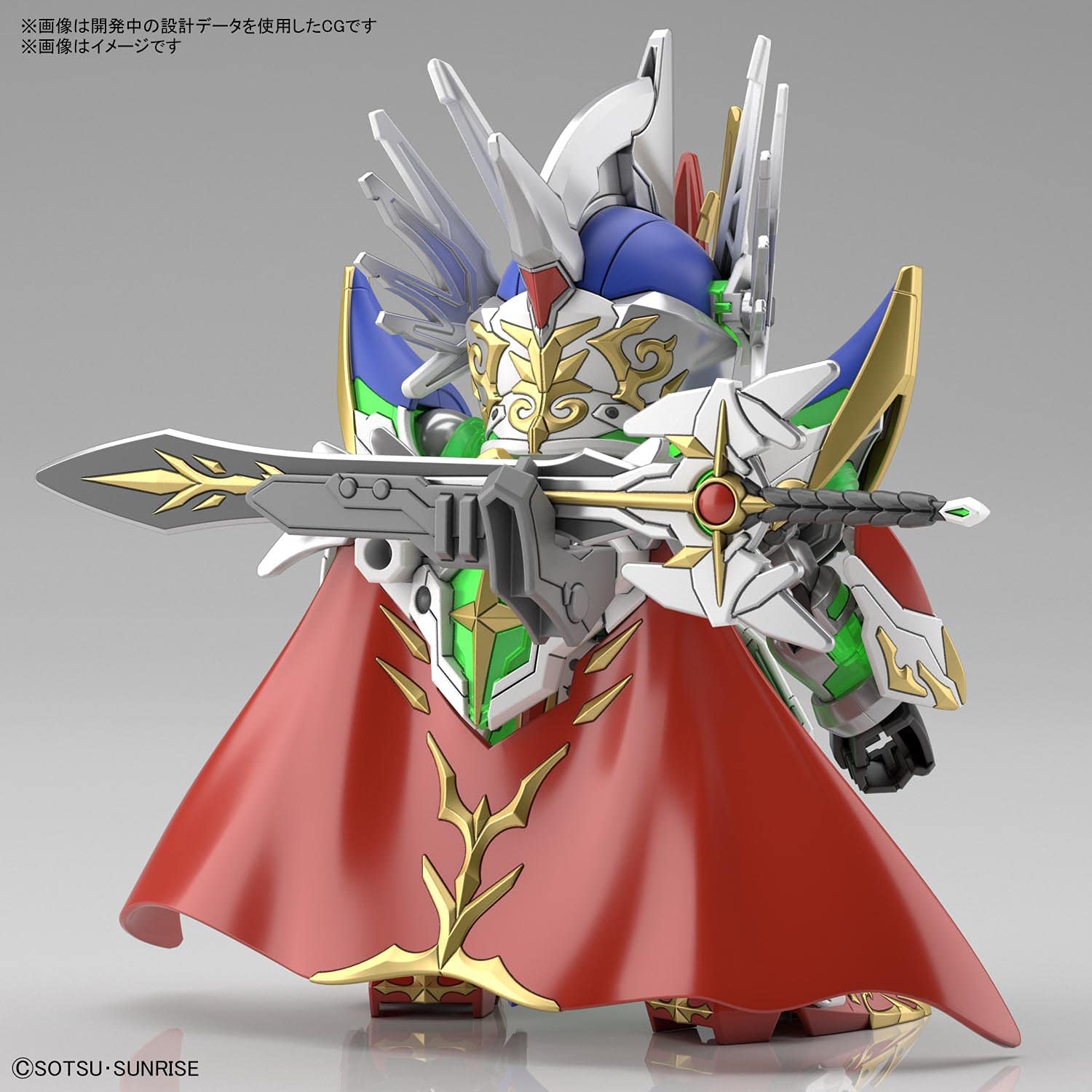 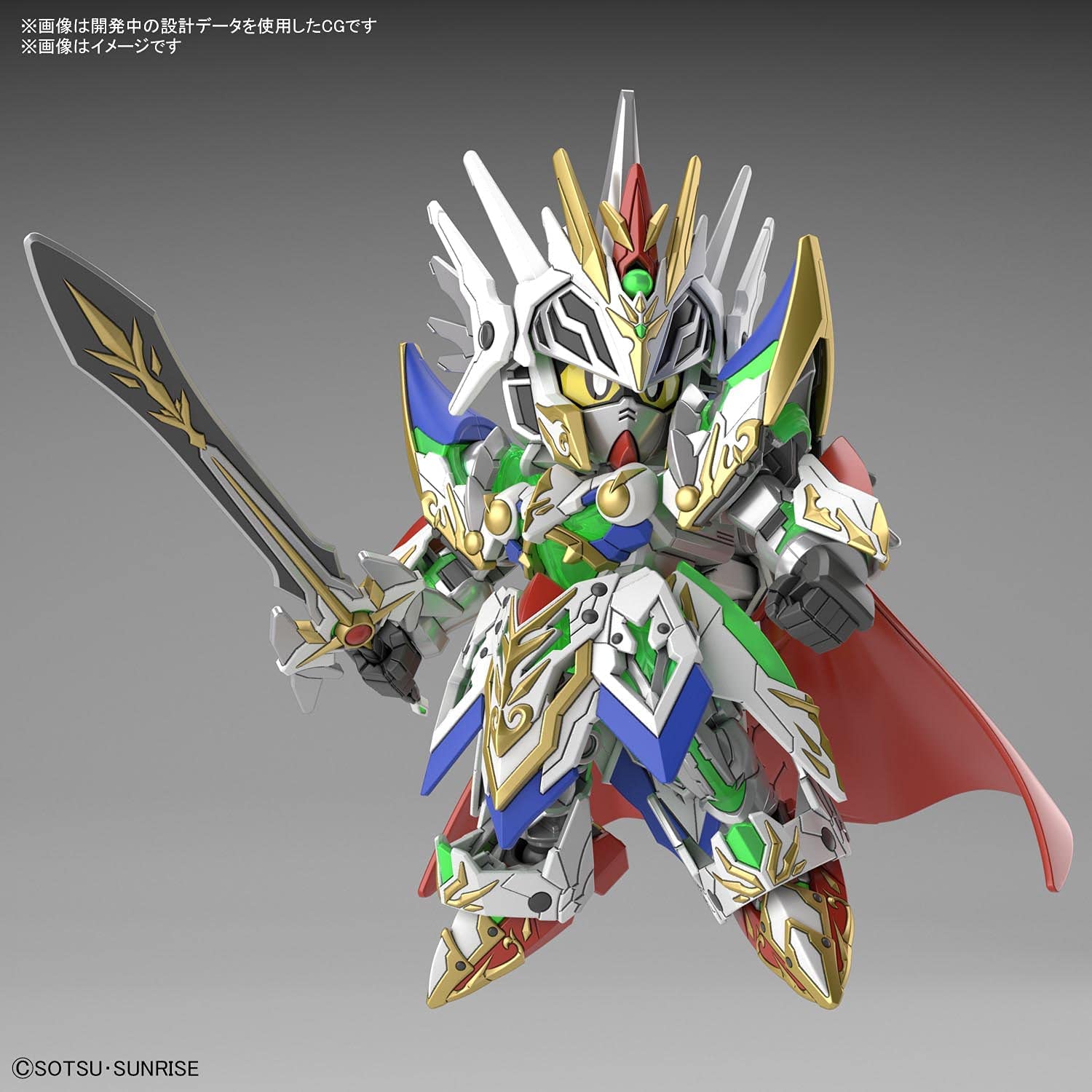 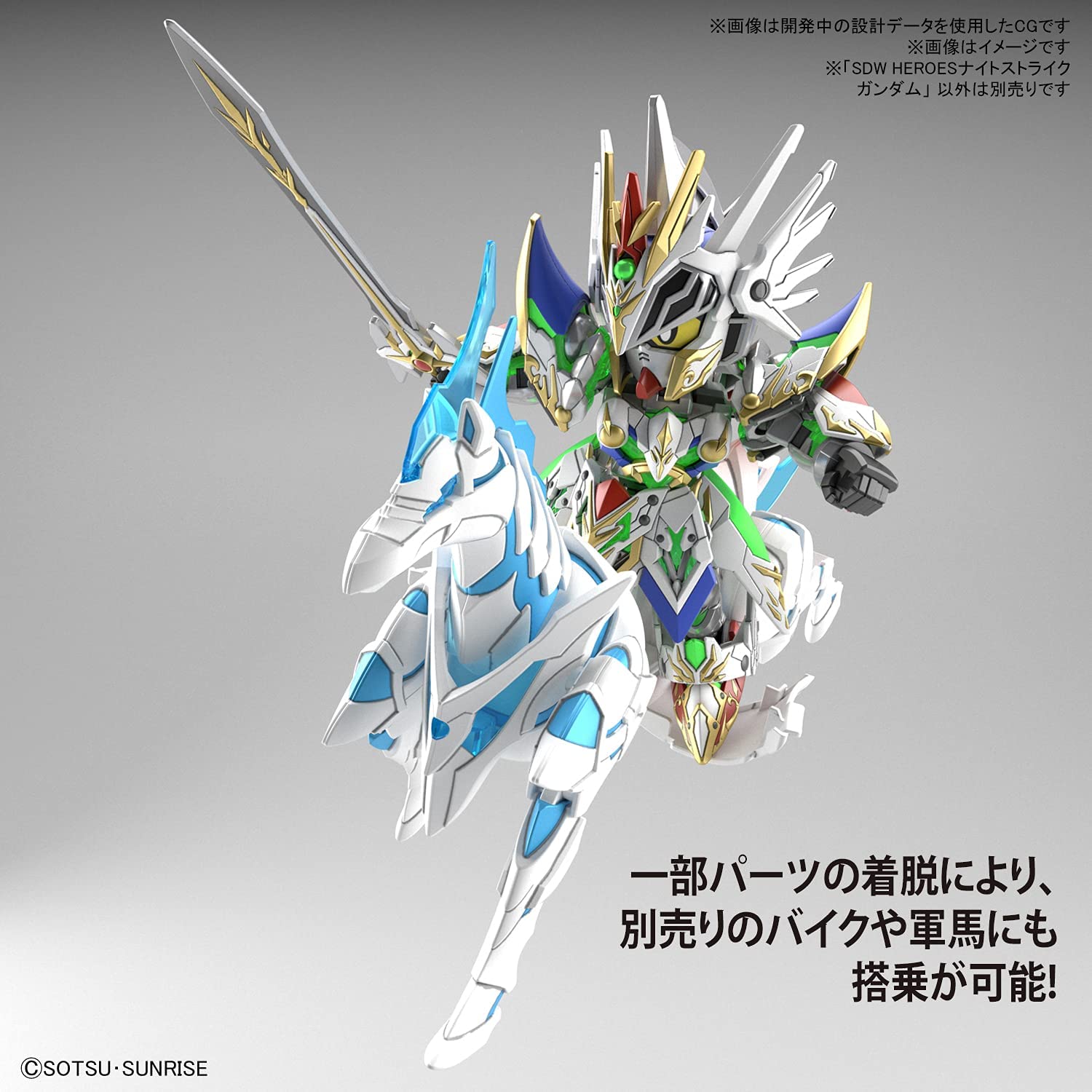 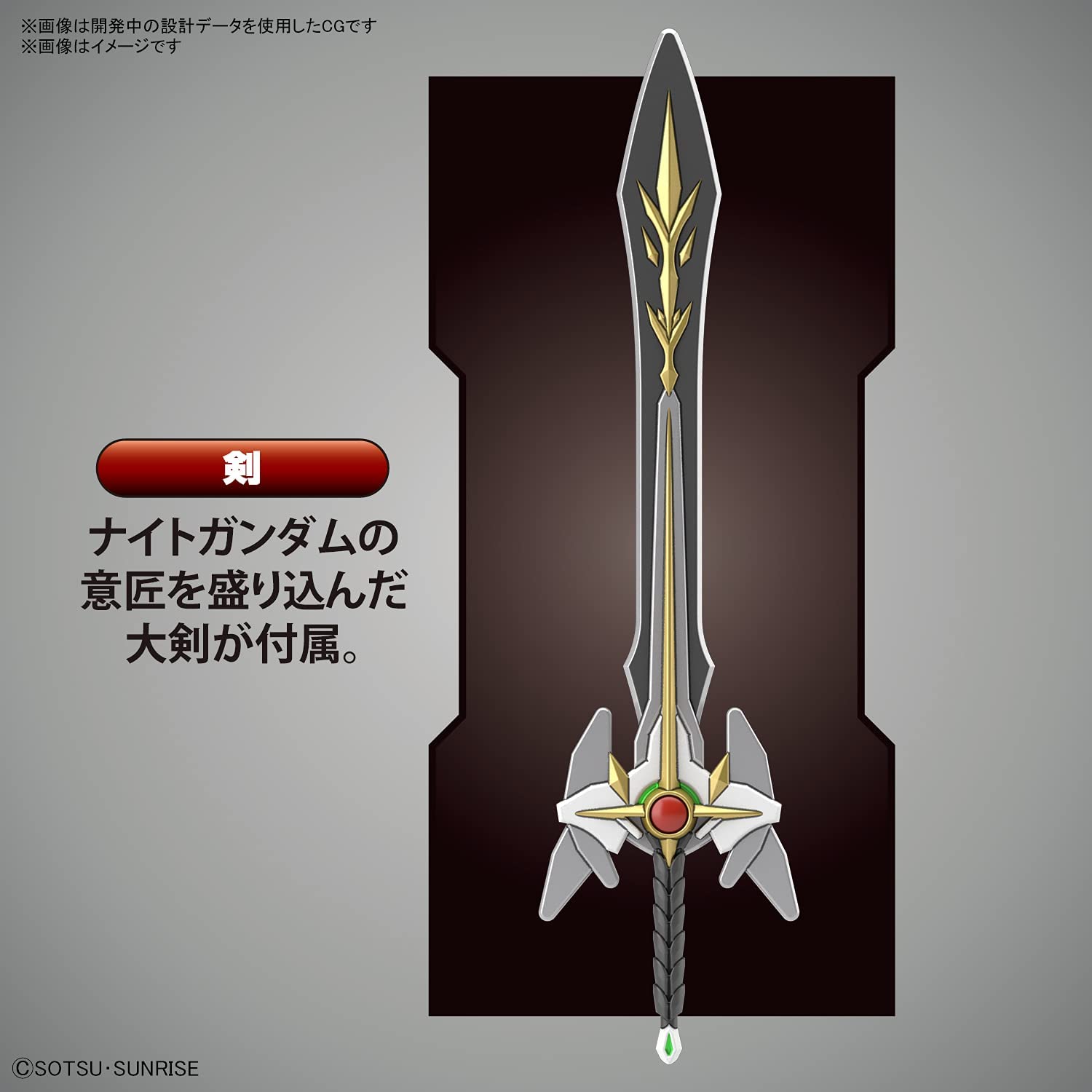 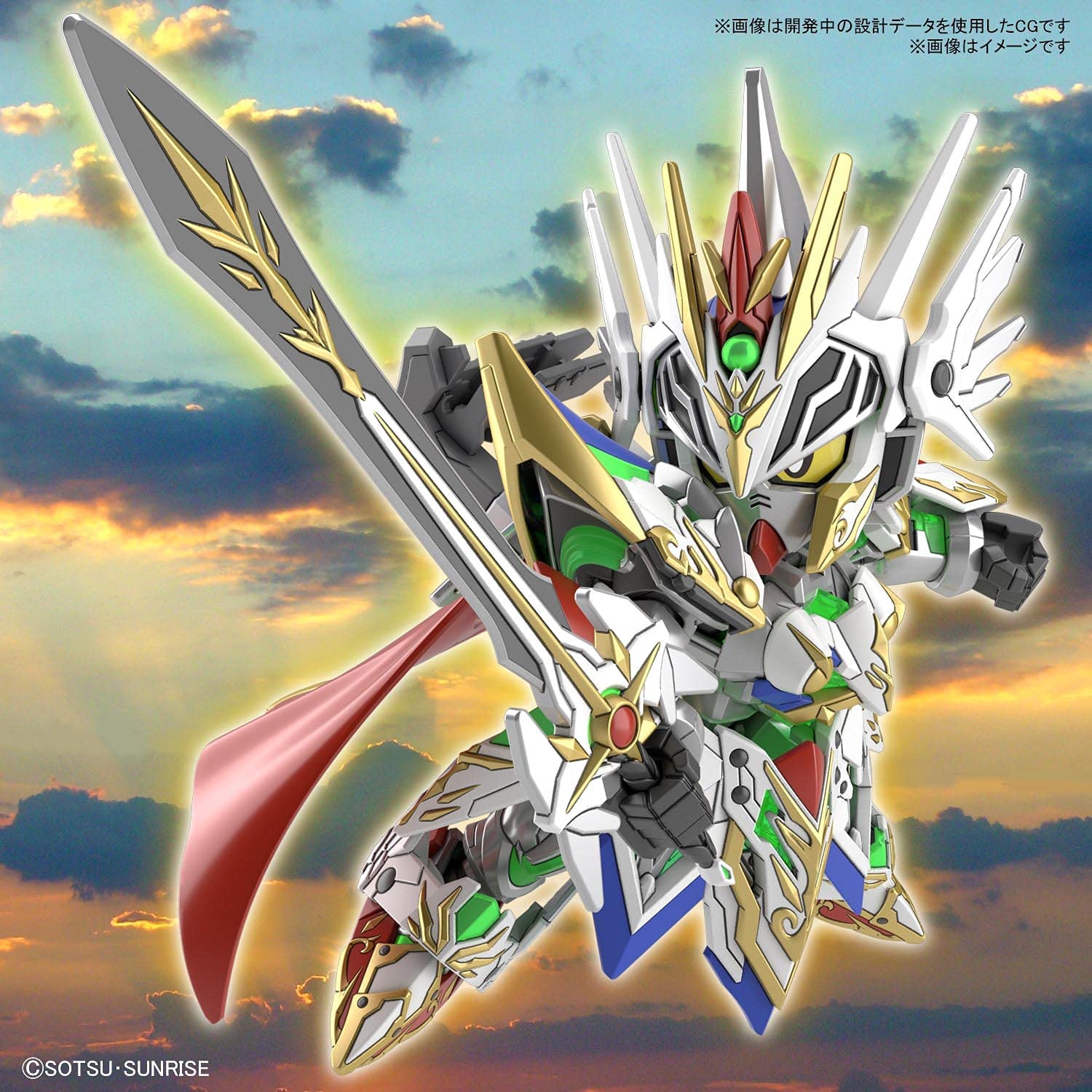 Knight Strike Gundam is the lead character from the new story in SD Gundam World Heroes, and he now gets a new model kit from Bandai! This new-generation Gundam combines elements of the old Knight Gundam with the design of the Gundam World Series. Plentiful clear parts give him an air of mystery, and a large sword is included, which can be attached to his back. His richly expressive cloak is also included. He can ride Trinity bikes and war horses, too, with some parts attached and detached.