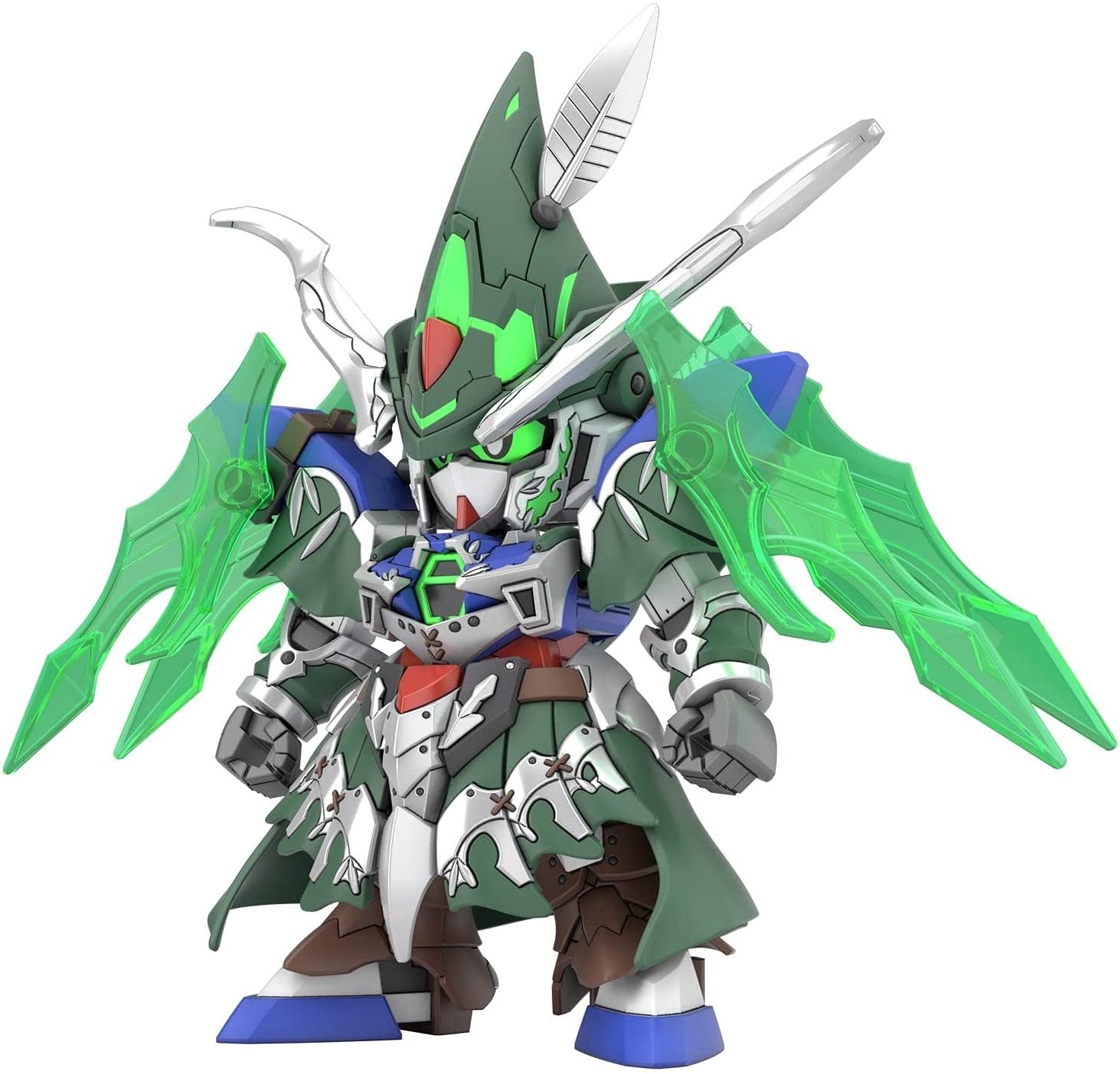 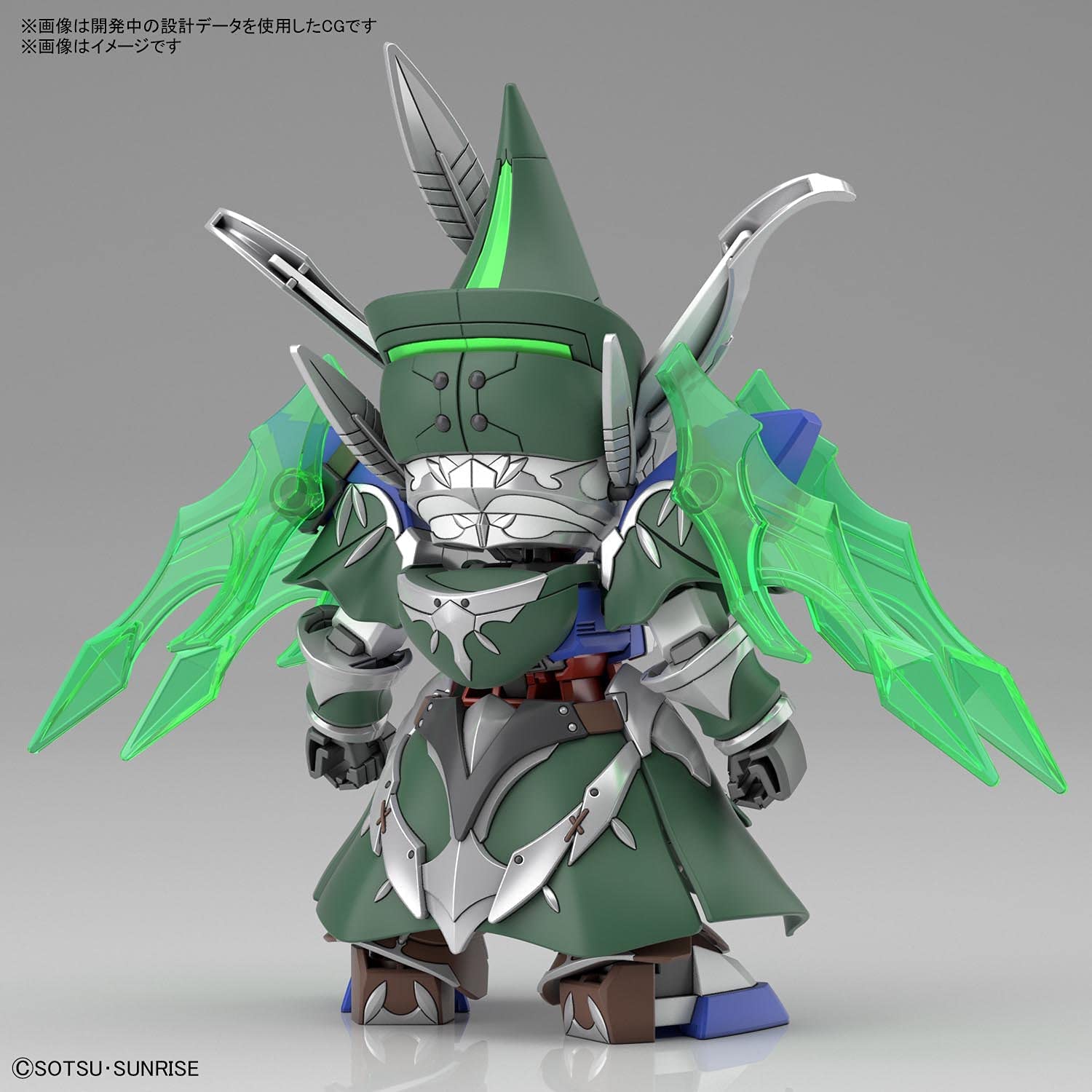 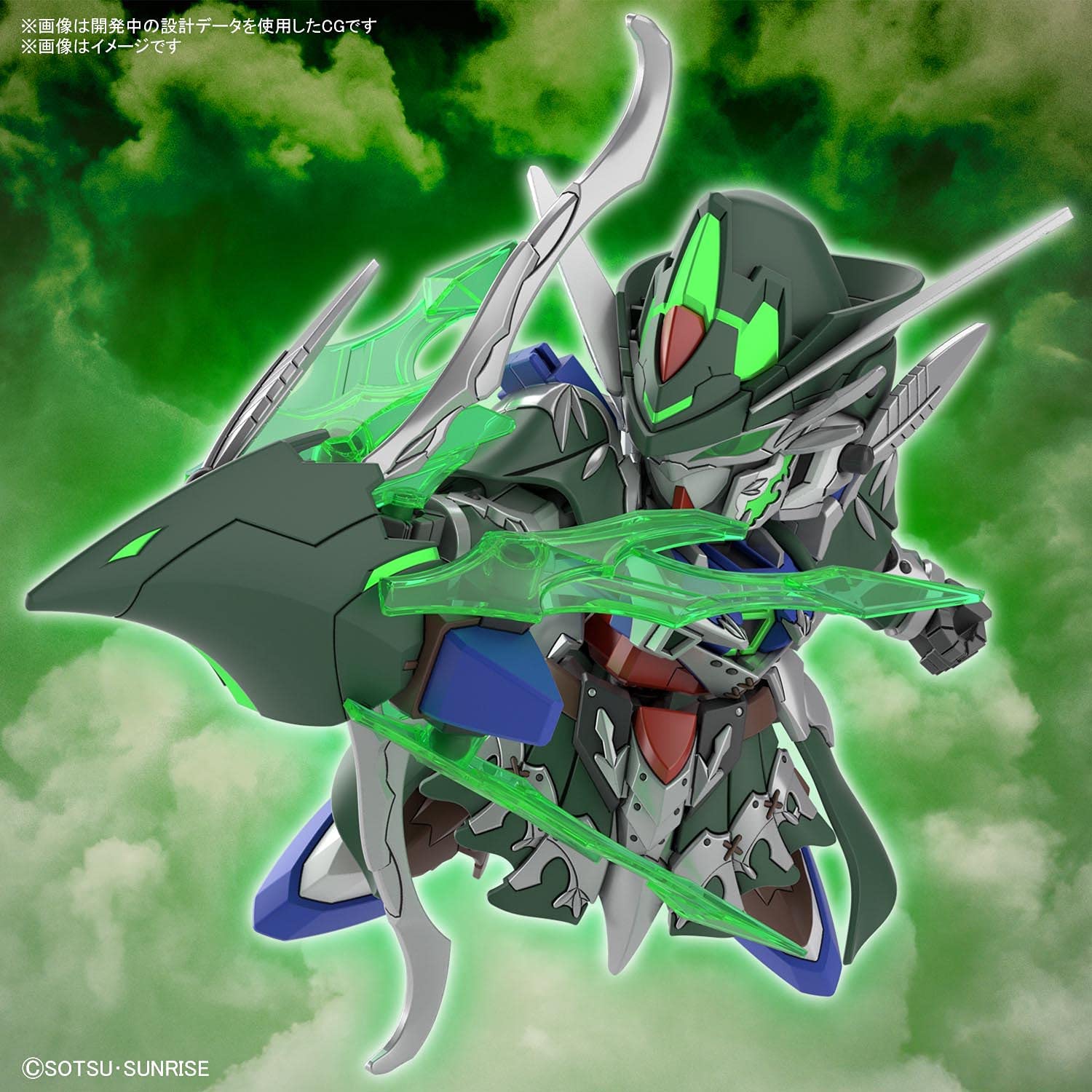 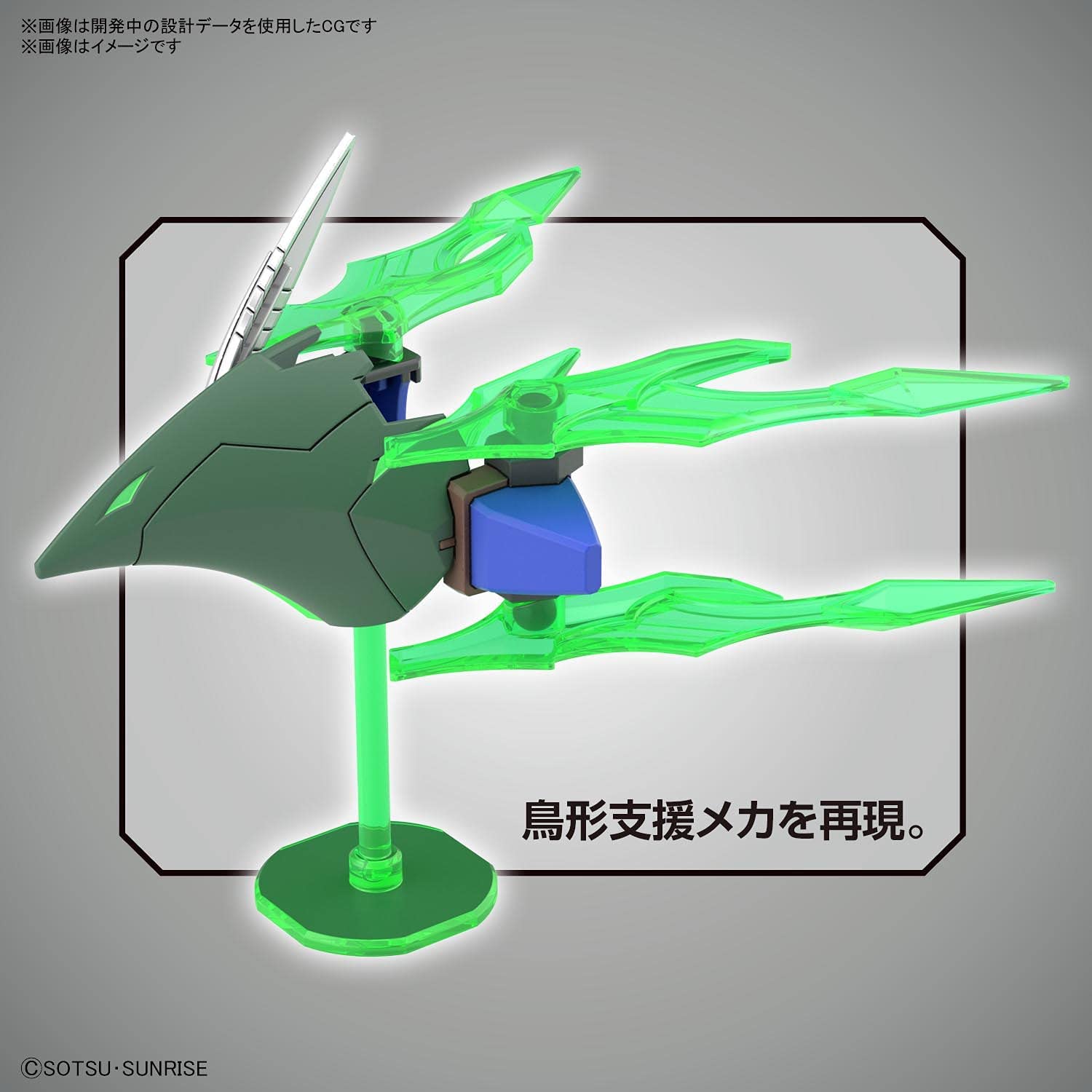 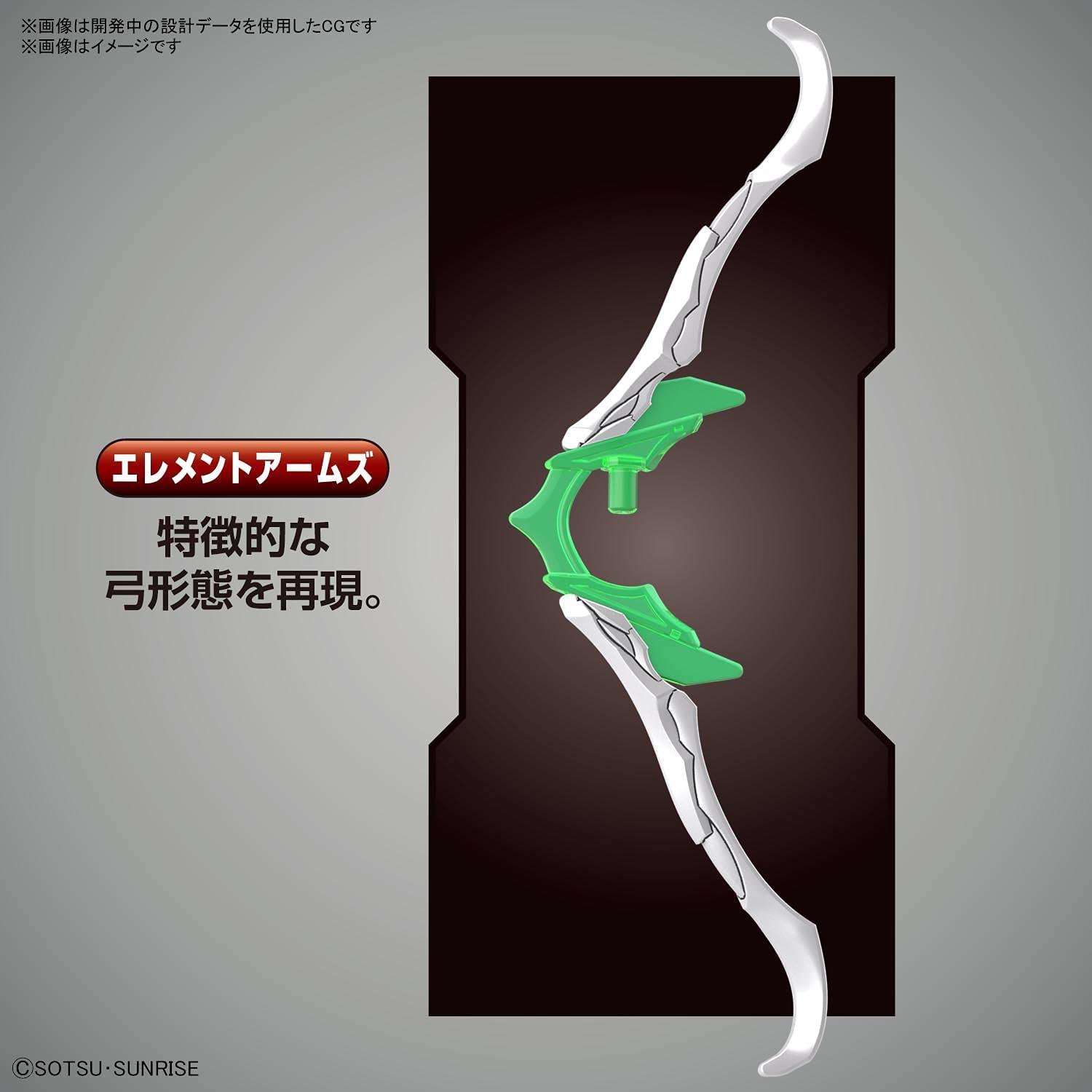 Robin Hood Gundam AGE-2 from SD Gundam World Heroes is an aide to Arthur Gundam Mk-III and a master of archery -- and he's also a new model kit from Bandai!

Robin Hood comes with his characteristic bow and the Element Arms; combine parts to recreate the bird-shaped support mechanism (which can also be combined with the Element Arms)! Clear molded parts are used for his mask. A stand for display is also included.