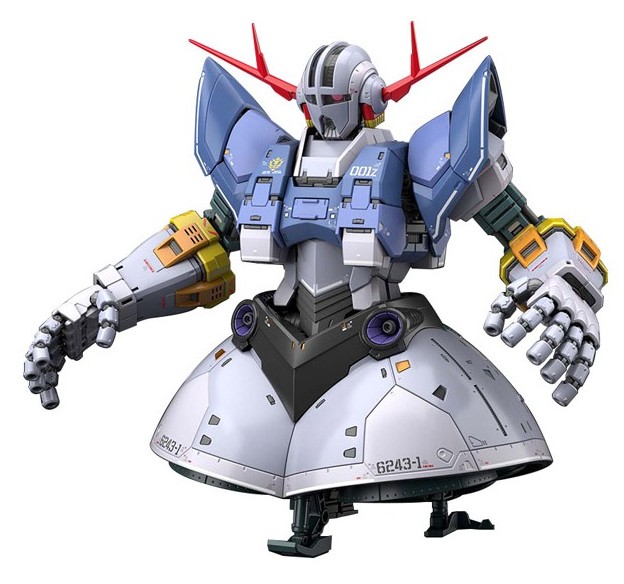 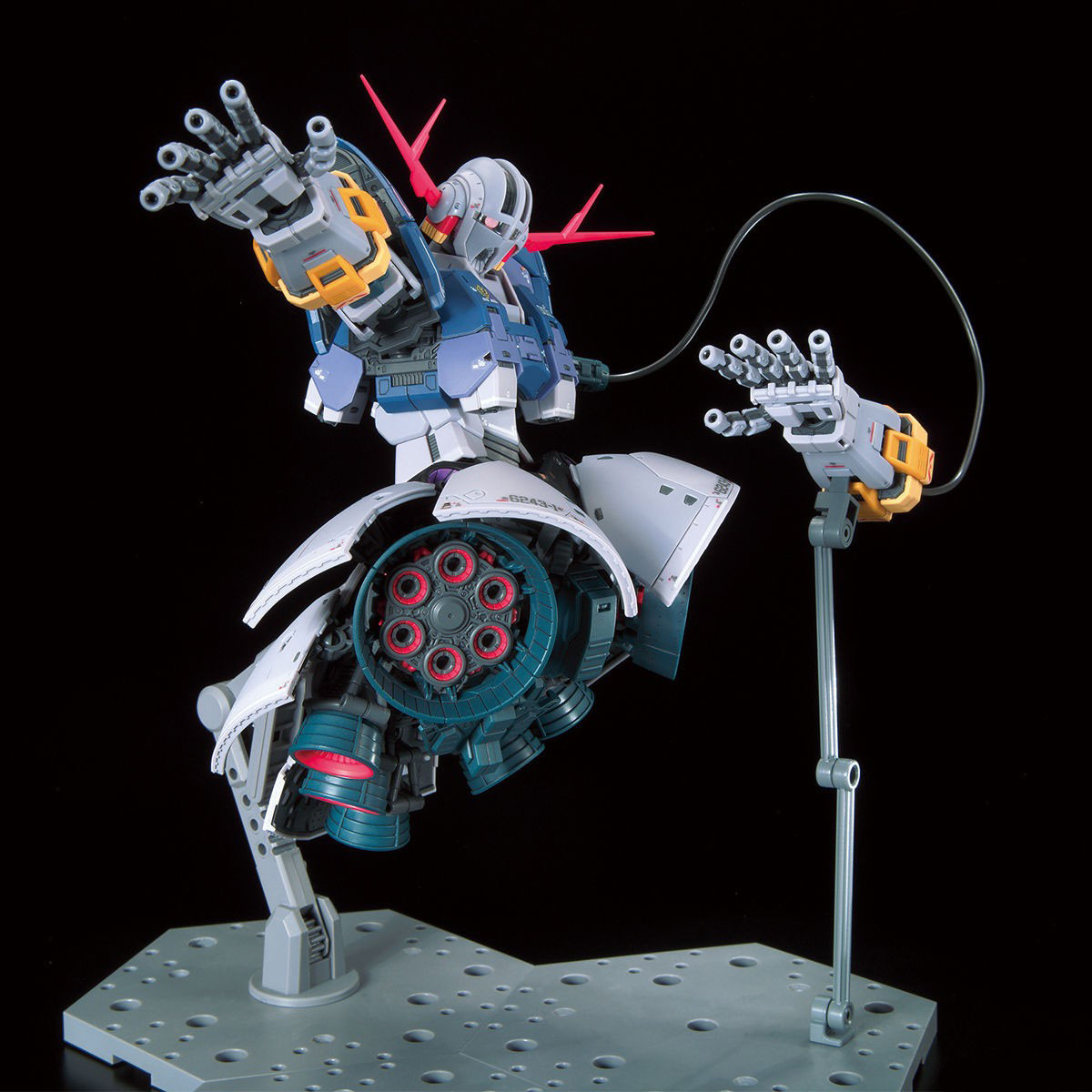 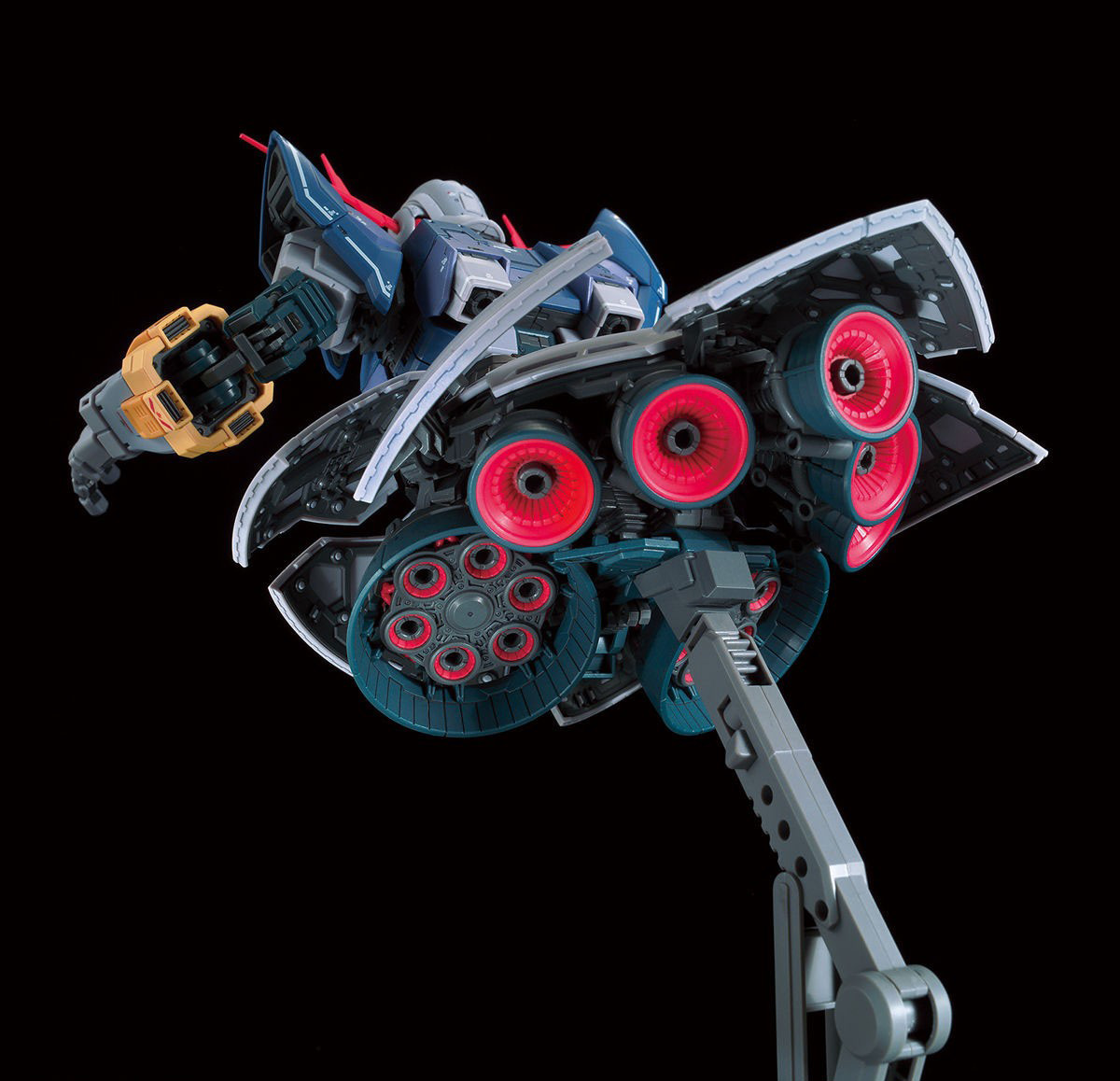 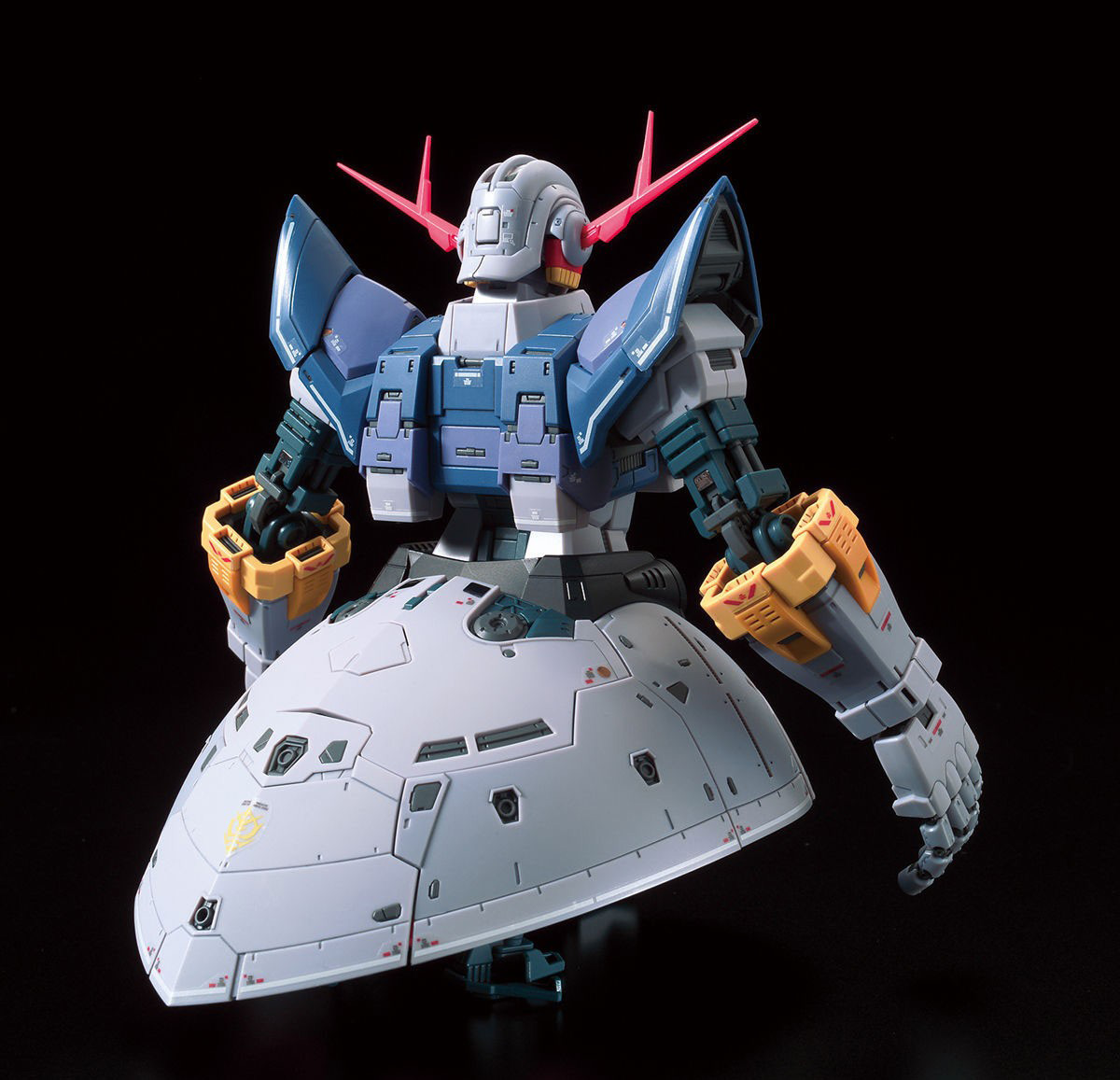 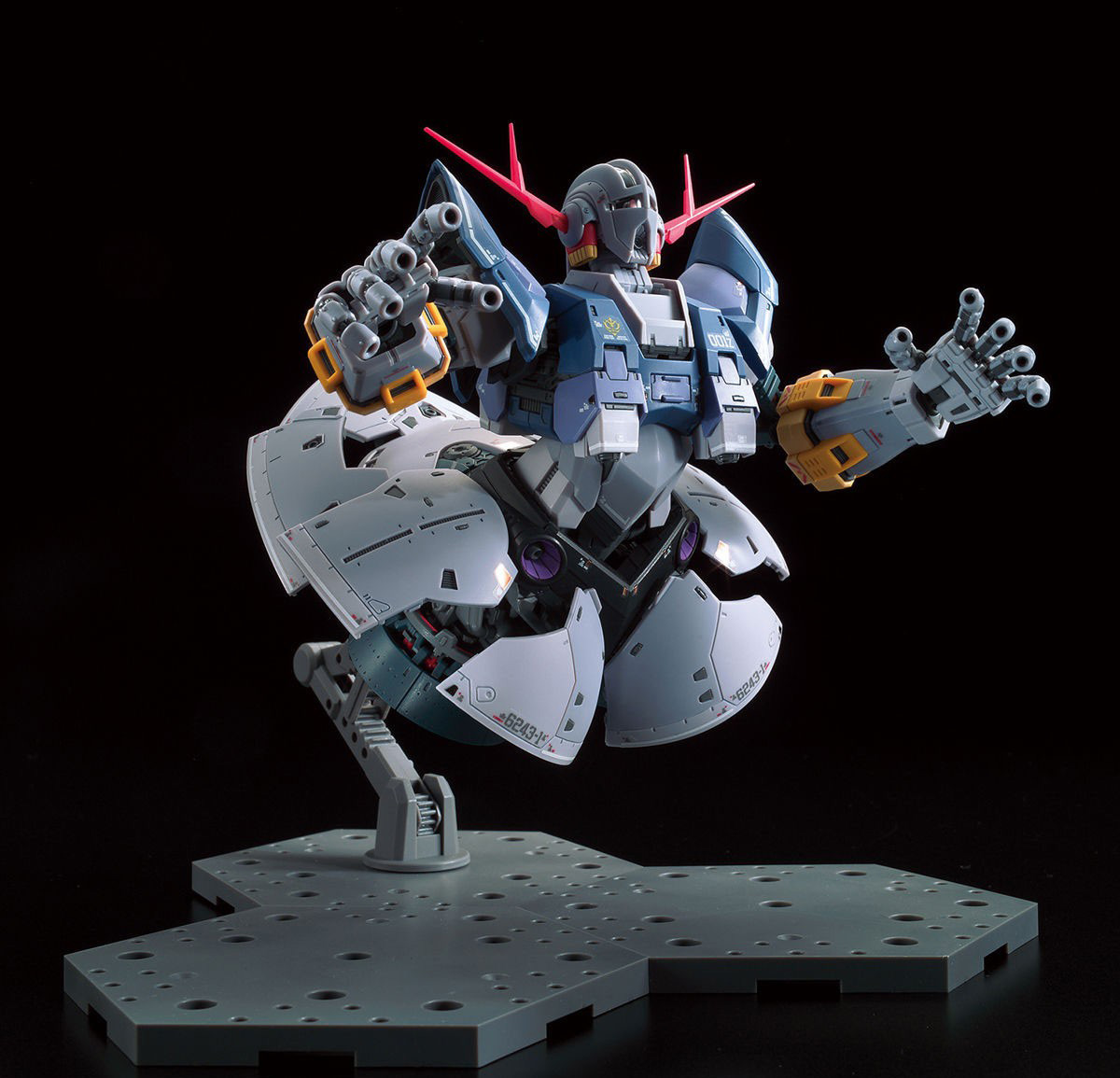 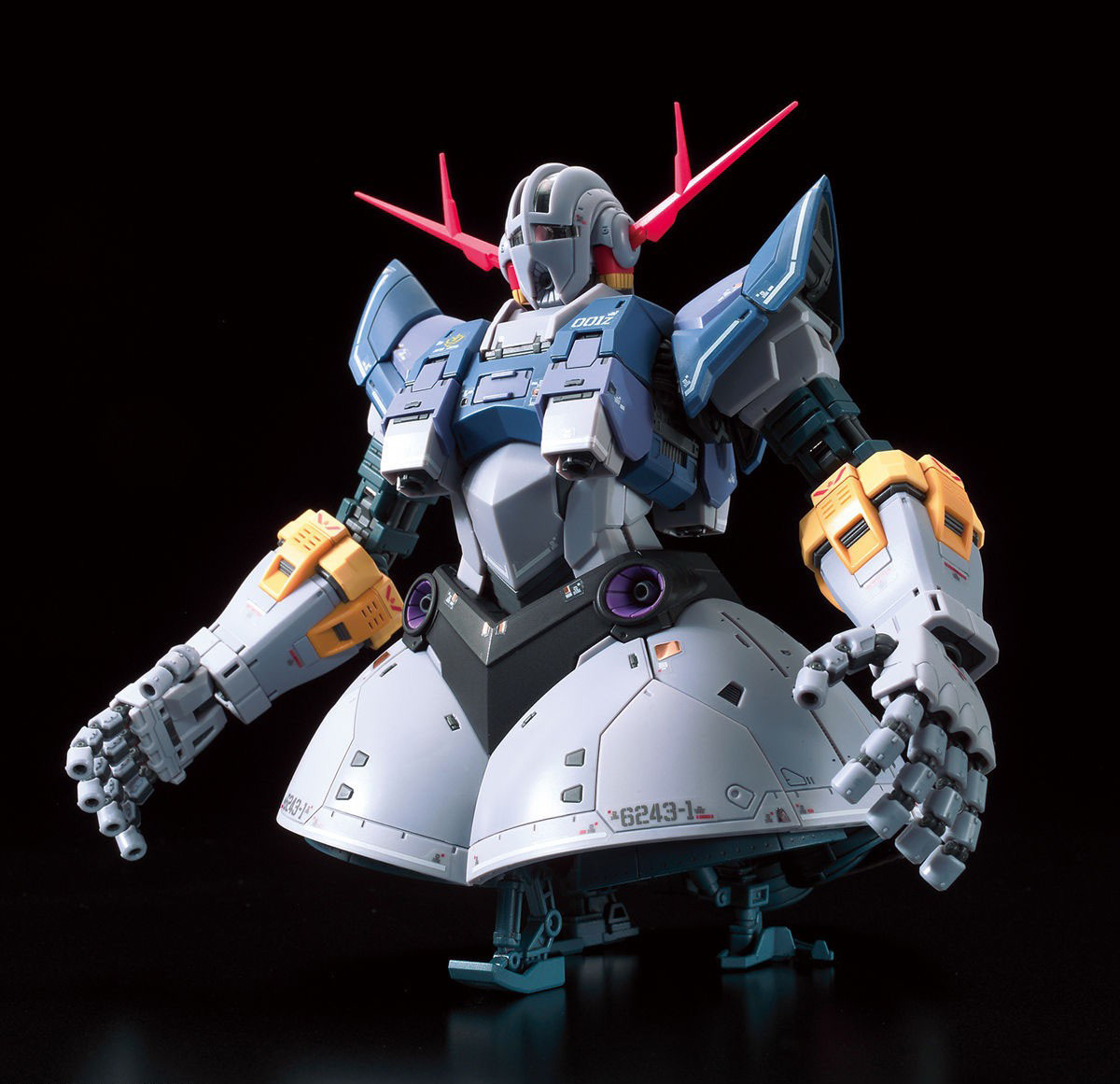 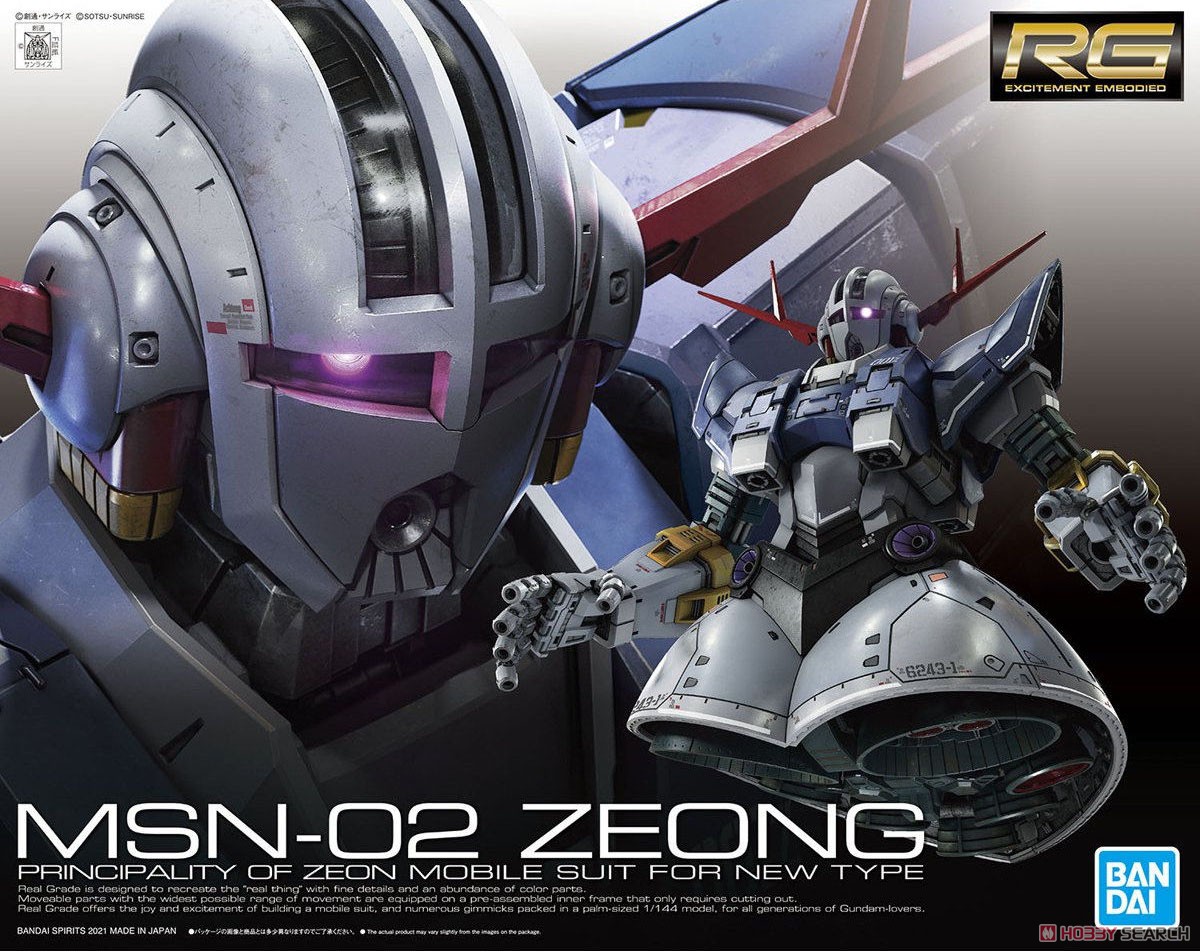 The final secret weapon used by the Principality of Zeon in the Mobile Suit Gundam TV Anime is released in the Real Grade series for the 40th Anniversary of GunPla!  Its characteristic legless body uses real world machine inspiration for its mechanical detail and panel separation for movement.  Because of this many dynamic poses are capable of being achieved including thruster deploying gimmics in the chest and back that open with torso movement.

Insert molded joints are used in the hands of the Zeong allowing for intricate movable finger Mega-Particle Cannons, which can also be displayed with included wires for recreating its all range attacks. The mono eye moves with rotation of the head and can also be moved vertical manually.