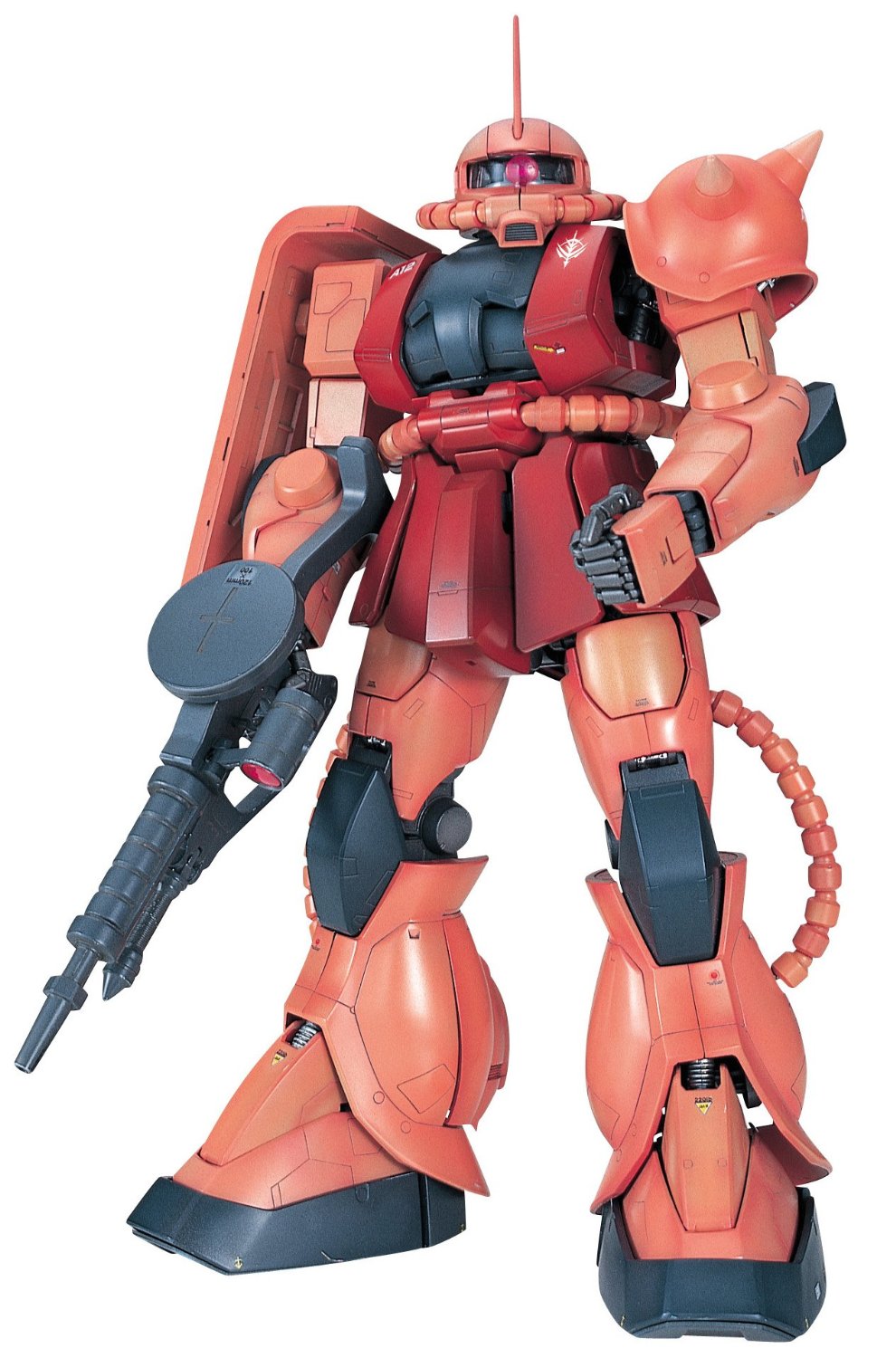 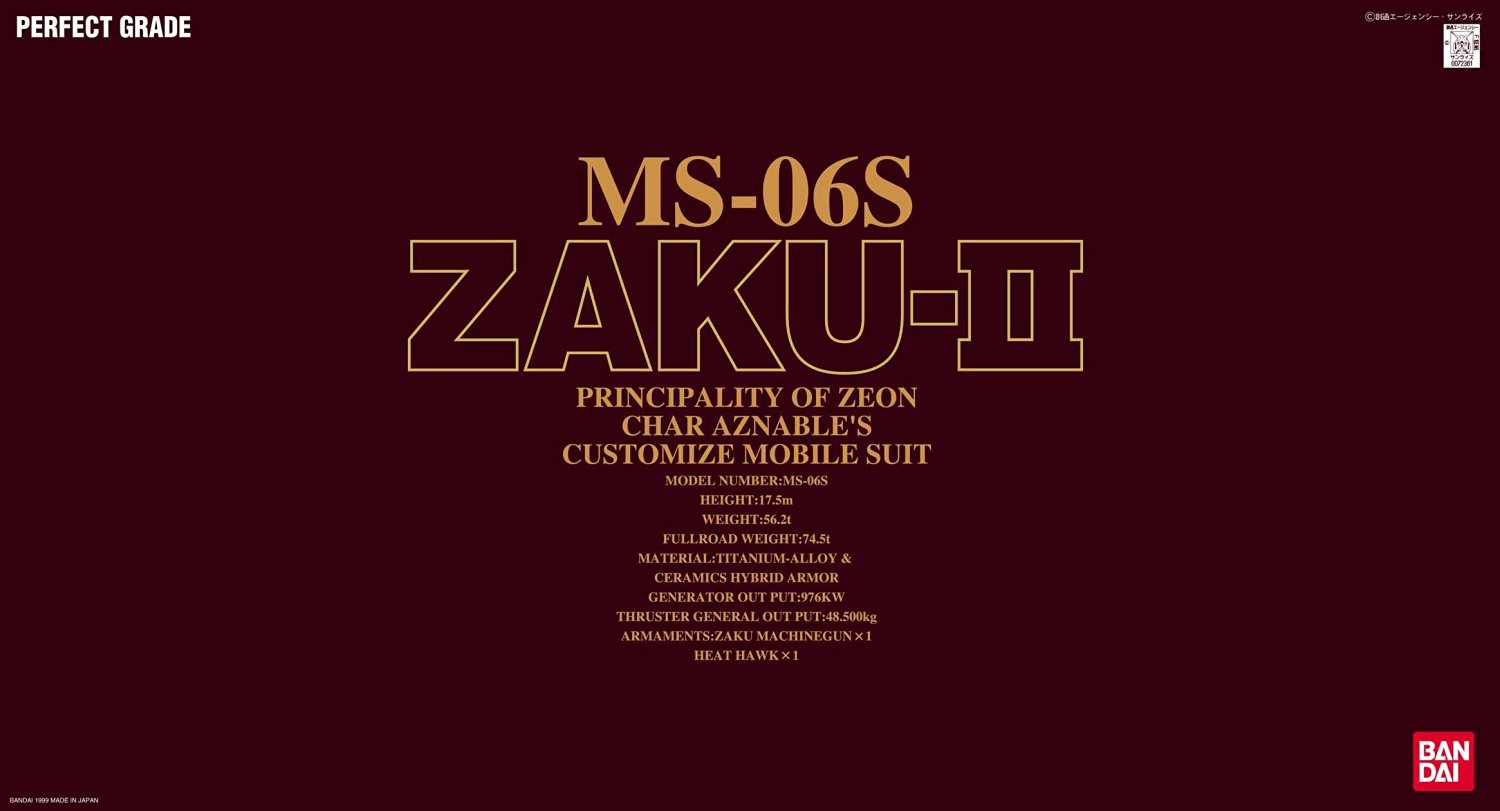 Bandai's Perfect Grade Zaku is the perfect partner for the Perfect Grade RX-78 released earlier. This variation of the kit is molded in the red coloring of the Zaku used by Char Aznable in the series, and also has a different backpack unit and leg thruster units than the previously-released green Zaku.

Because of the nature of the Zaku, it doesn't have quite as many little gimmicks as the Gundam kit, but all the fun stuff you'd expect is here: fully-articulated hands, a moving and illuminating camera eye (requires two LR43 watch batteries, sold separately), operable hatches all over the body (20 locations), and inner detail at the same, amazing level as that of the Gundam kit (including 24 moving hydraulic dampers). Includes the Zaku machine gun and "heat hawk" axe weapon. When completed, the kit stands 30cm tall and weighs about 500g. There are a whopping 548 pieces here, so be ready to spend some time putting this together (completion of mine, snap assembly only, took about 12 hours!). Includes figure of Char Aznable.