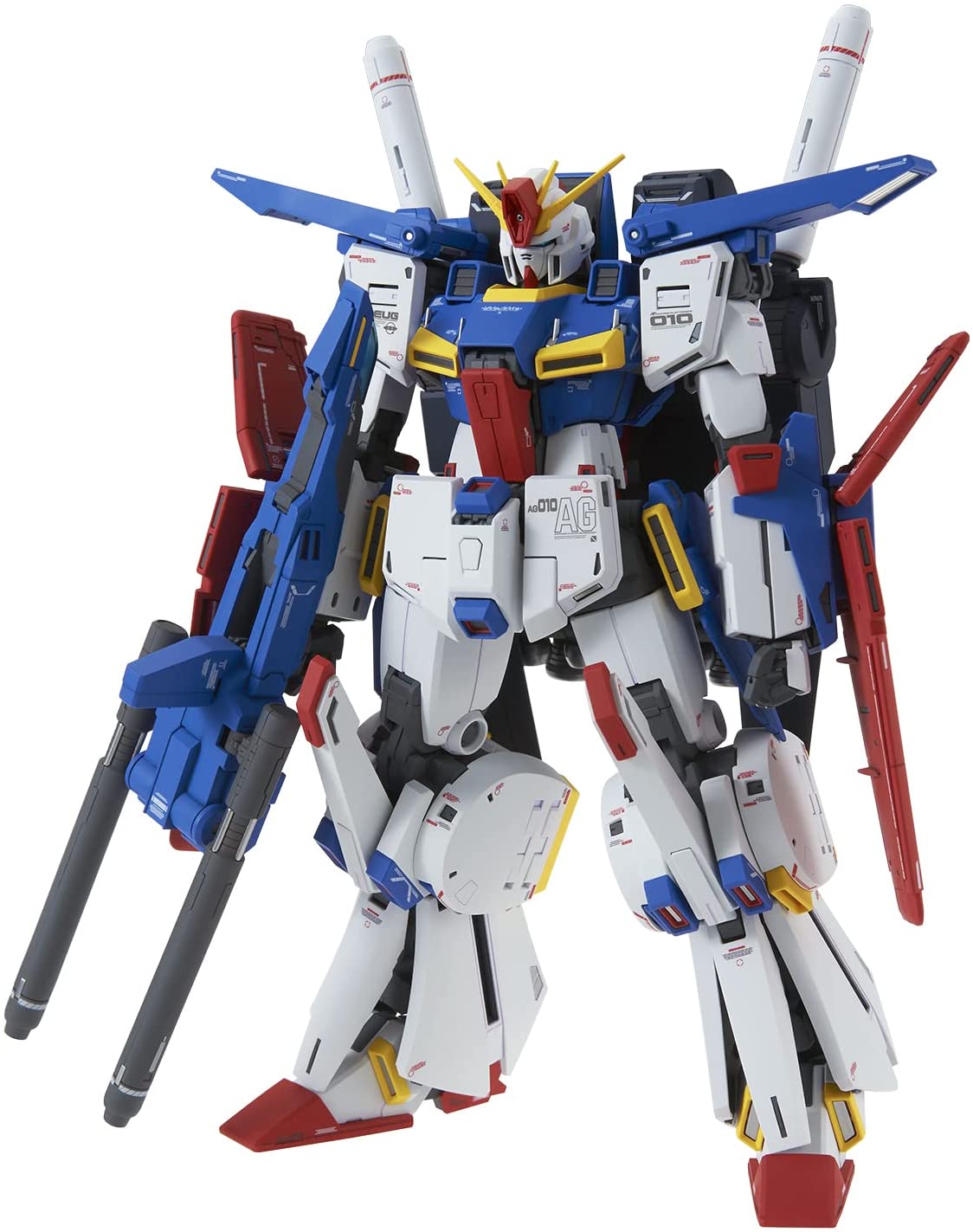 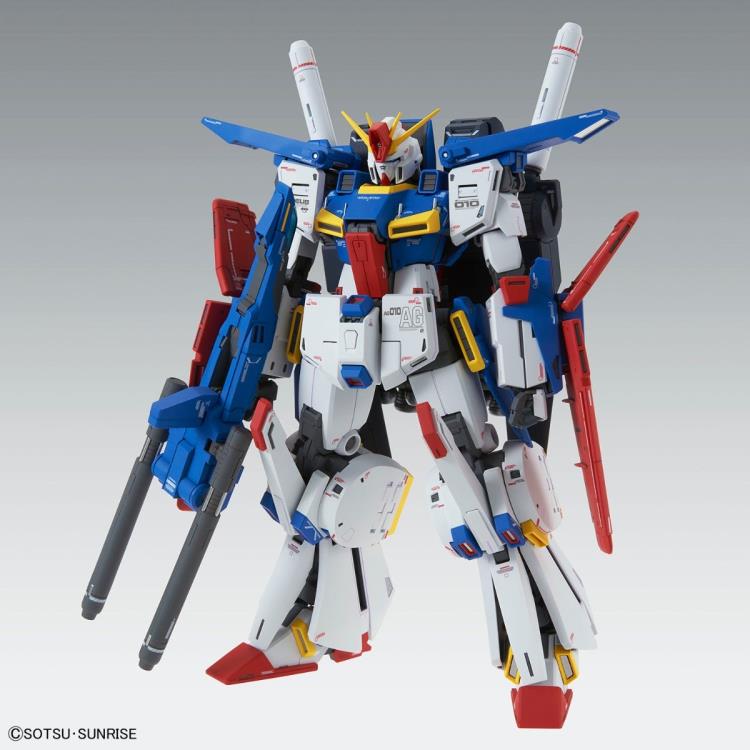 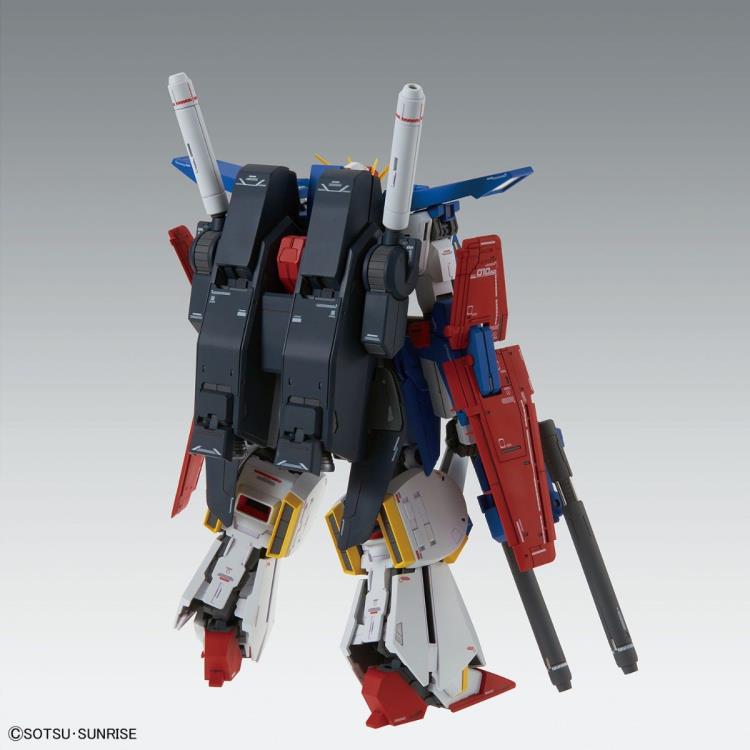 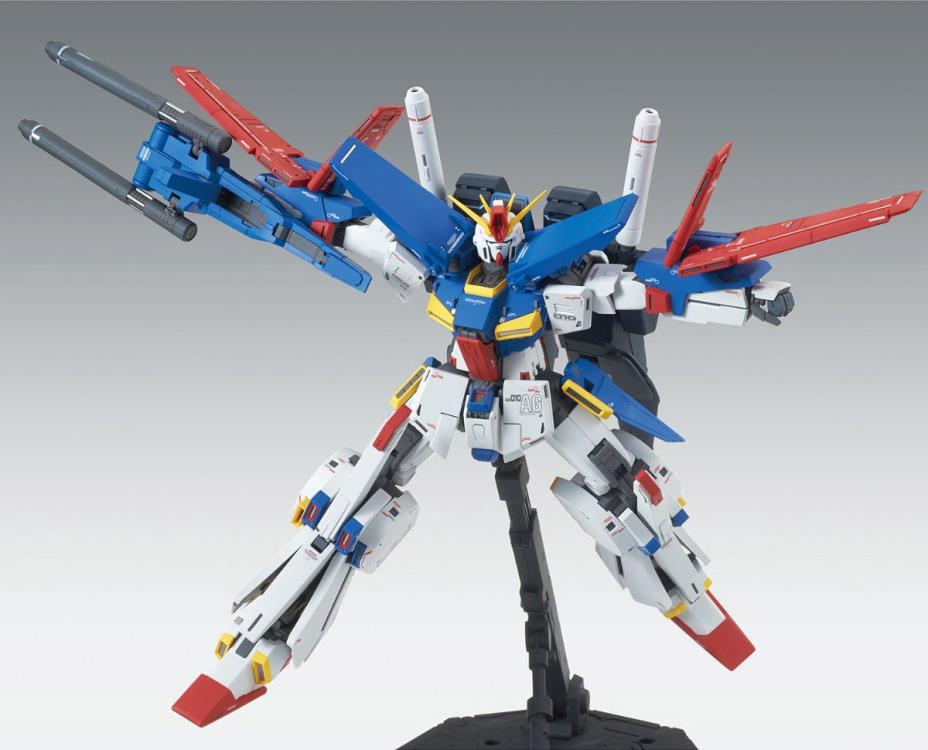 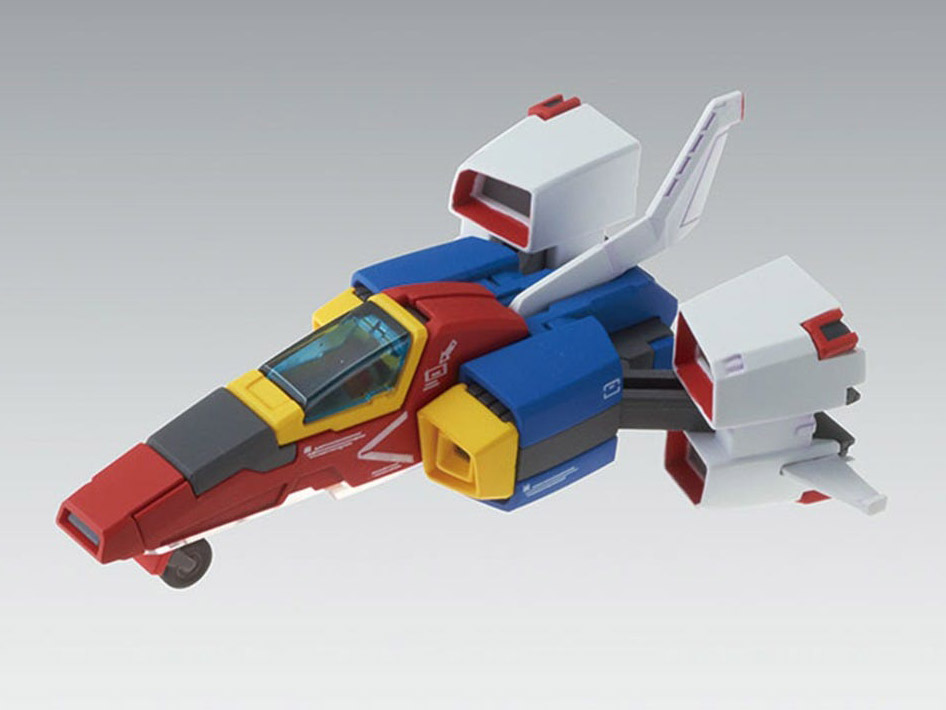 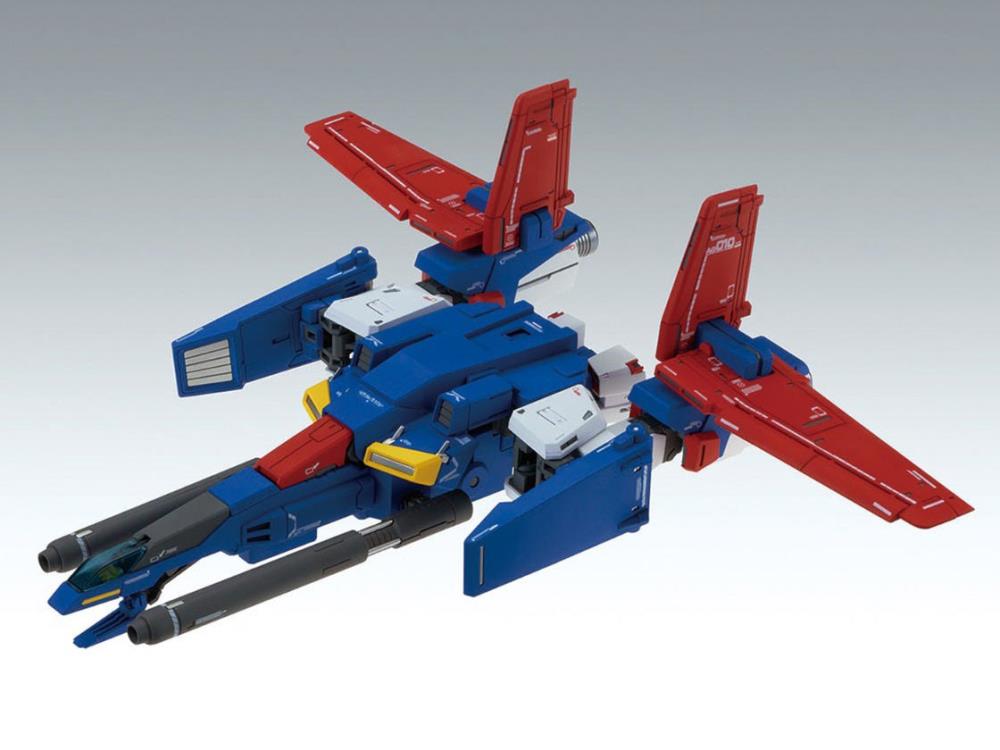 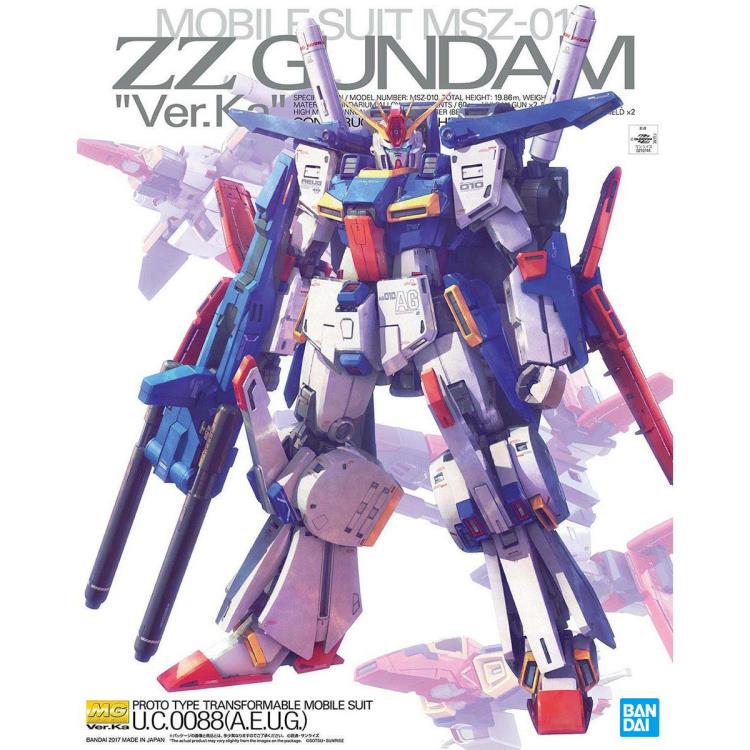 The next mobile suit to make its way to the Master Grade line-up is the ZZ Gundam Ver. Ka, as part of the 30th anniversary of "ZZ Gundam!" ! This newly designed version, overseen by renown mecha designer Hajime Katoki, is based around the elongated proportions in the Enhanced ZZ and Full Armor ZZ Gundam variants that appeared in the latter half of the anime series "ZZ Gundam". The ZZ Gundam Ver. Ka. is fully transformable! Combine the Core Base, Core top, and Core Fighter to create the G-Fortress! Mechanical detailing in the shoulders, knees, and waist utilize improved joints and sliding mechanisms for even more dynamic posing capabilities. Certain parts feature a special finish to further hi-light certain aspects of the kit.