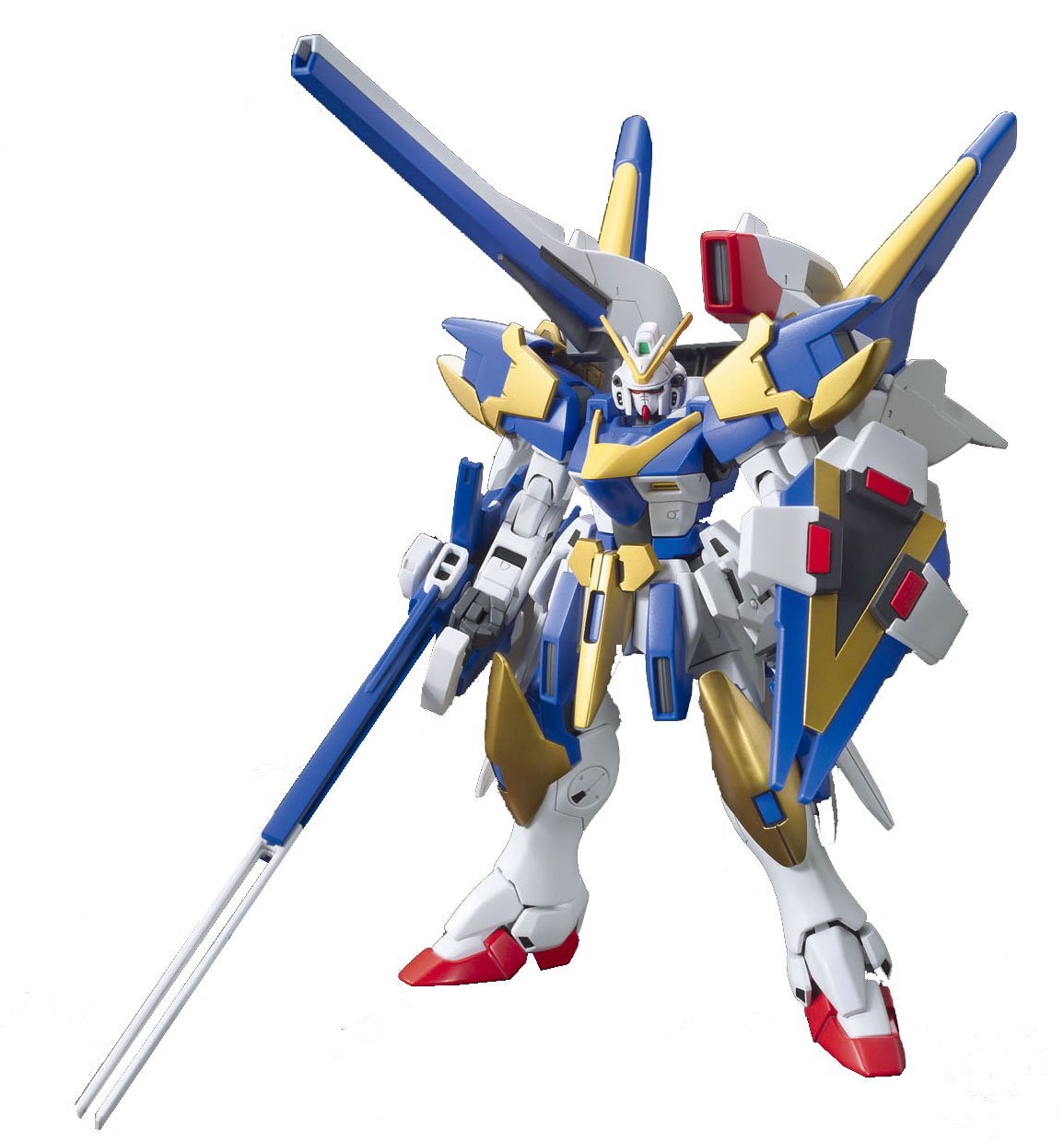 - 3 form can be reproduced in the selection formula! Assault parts supplied, by the combination of Buster parts, it can reproduce the form of 3 Gundam.
- Megabimu rifle, other Megabimu shield, Assault parts, Buster parts each comes complete with the new.

- V2 Assault Gundam ... V2 Gundam aircraft equipped with a golden armor options for systemic. While mobility and motility fall slightly, have I field generator and Thailand beam armor with the order of magnitude of the defense force, disable most of the beam attack, was performed buried enemy in Vesper of both hips.

- V2 Buster Gundam ... V2 Gundam equipped with aircraft the heavily armed for options to systemic. While mobility and motility fall slightly, it is possible to bury a large number of enemies in making full use of the Megabimu Cannon and spray beam pod with the order of magnitude of the attack force.

- V2 Assault Buster Gundam ... I have both the defense force of overwhelming offensive power and impregnable in at the same time equipped with aircraft Assault and Buster of both options to V2 Gundam.

( This is a machine translation. Please allow for possible misinterpretations in the text. )