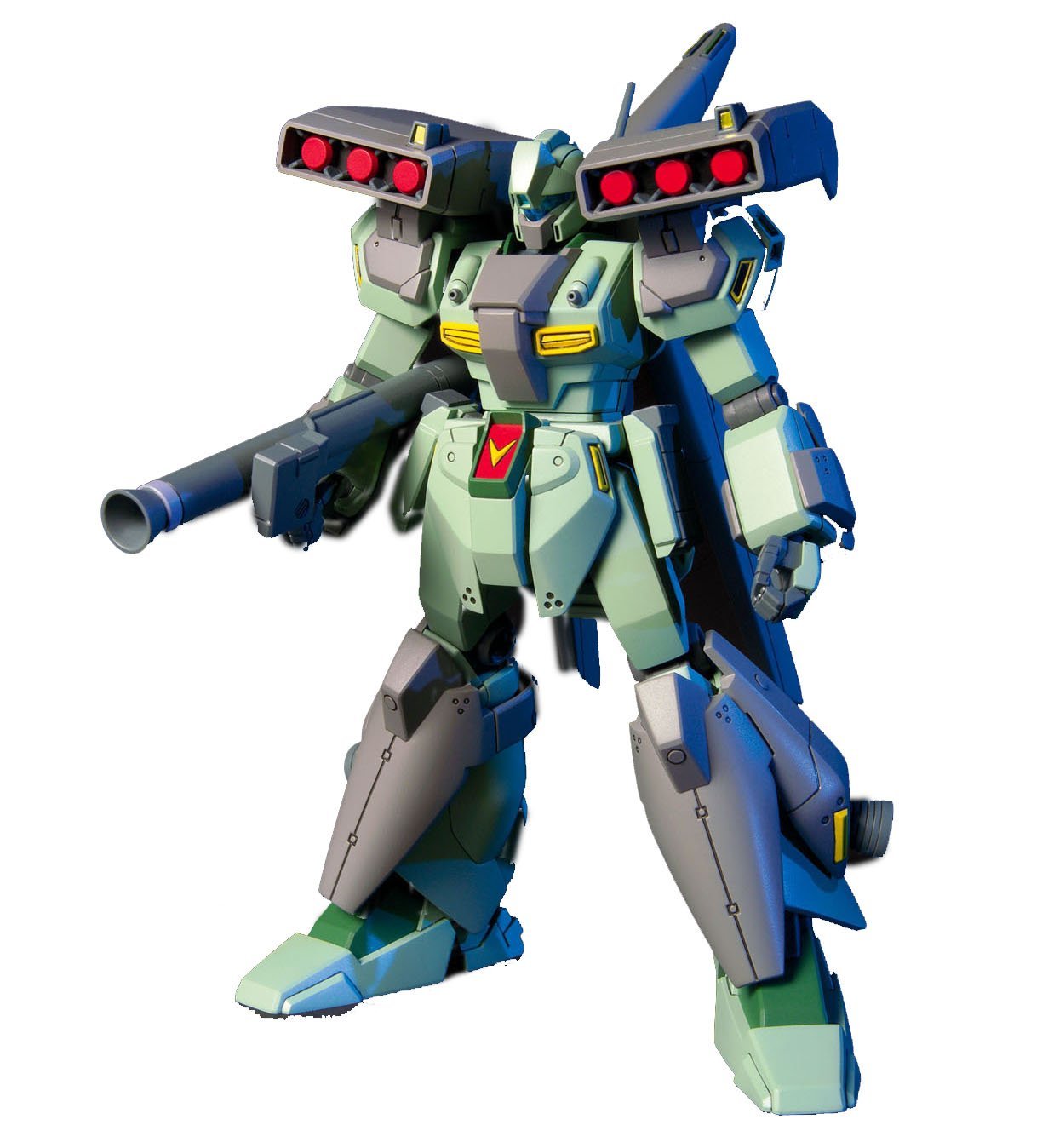 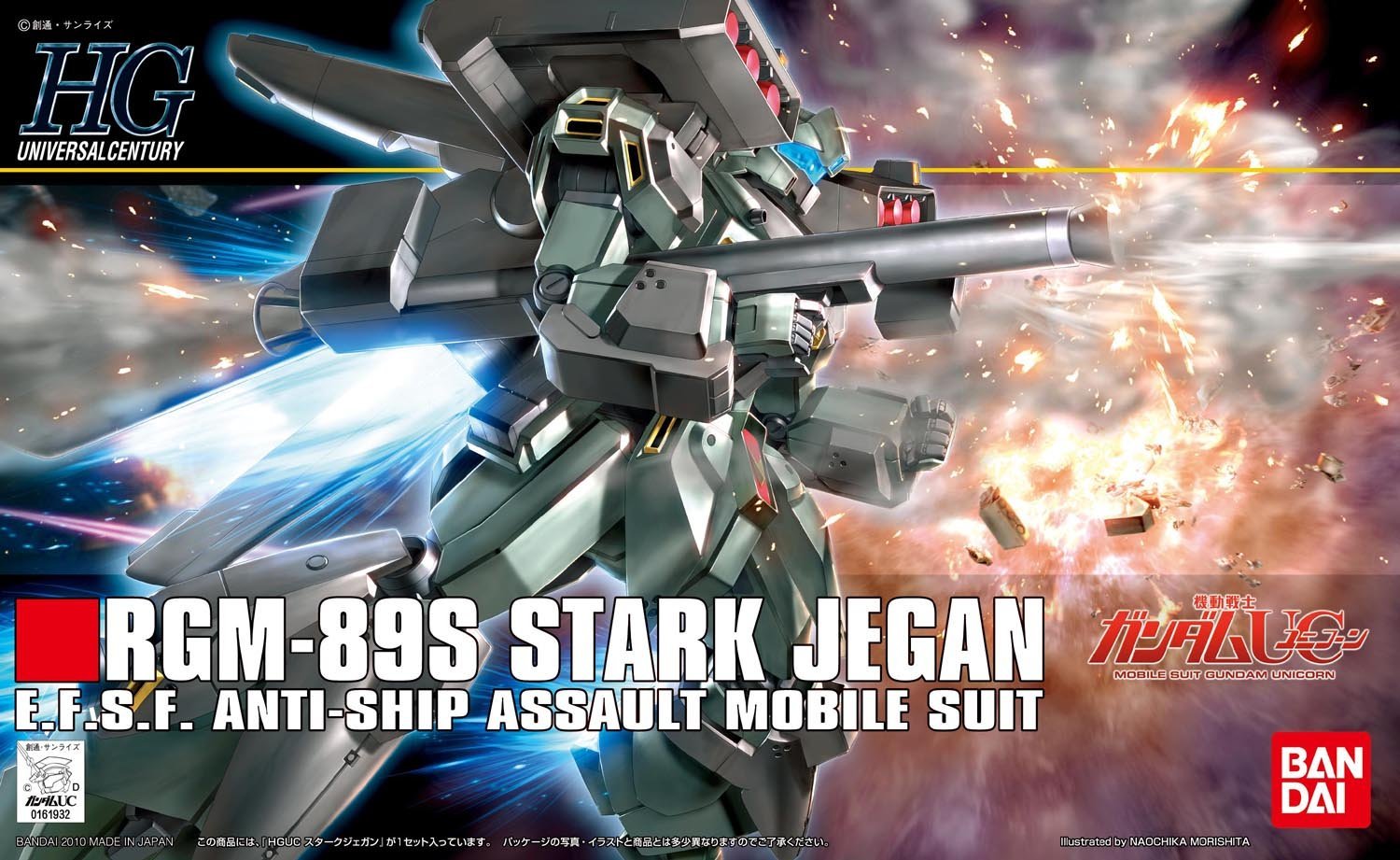 - Stark Jegan is eagerly-awaited appearance on the fuselage of UC Gundam series!
- HGUC to reproduce in detail the Stark Jegan distinctive in the missile pod.
- Posing is followed the Jegan. The seal is provided with the marking number Rondoberu Thailand and aircraft.
- Reproduce the missile pod and armor that is characteristic of Stark Jegan.
- Armor missile pod is detachable.
- Hand-held weapon beam saber, hyper bazooka, beam rifle.
Jegan and another type beam rifle.
- [RGM-89S Stark Jegan]: Jegan shows a very stable performance is excellent as a general-purpose MS,
There is also an era of disarmament momentum, to various requests from the field rather than the development of new MS,
Basic policy change by the corresponding specifications of this machine was taken. Called Stark Jegan
Secret military specification machines, is one of the machine was born in the situation such variation.
Other performance overall has been promoted by the addition of armor and thruster,
Thought takes over the operation of the gym III, missile launcher unit for assistance in both shoulders
Are equipped with (3 twin missile pot).

( This is a machine translation. Please allow for possible misinterpretations in the text. )