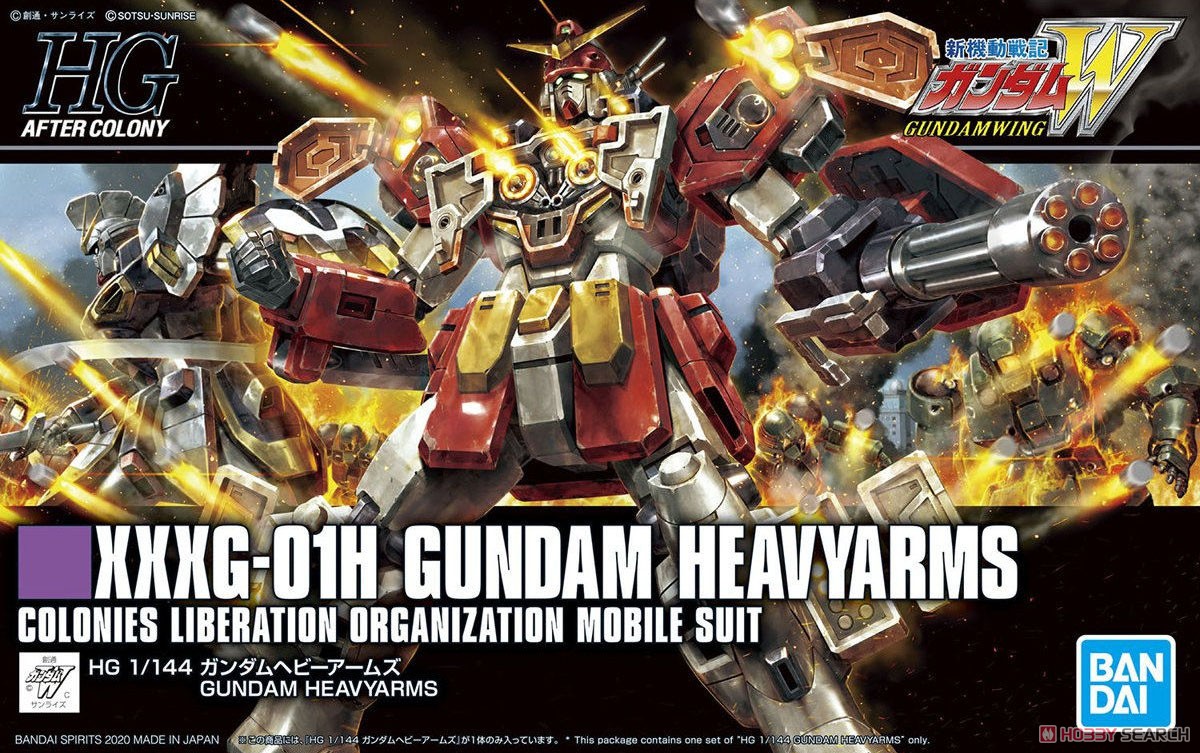 When completed, Heavyarms boasts overwhelming firepower in HG format. Equipped with its iconic weapons like the chest gatling gun, shoulder homing missile, and leg micro missile, it can perform its Full-Open Barrage attack. The Beam Gatling can be attached to the left arm while the backpack just like in the show. The right arm is equipped with a gimmick, allowing it to hold its army knife.