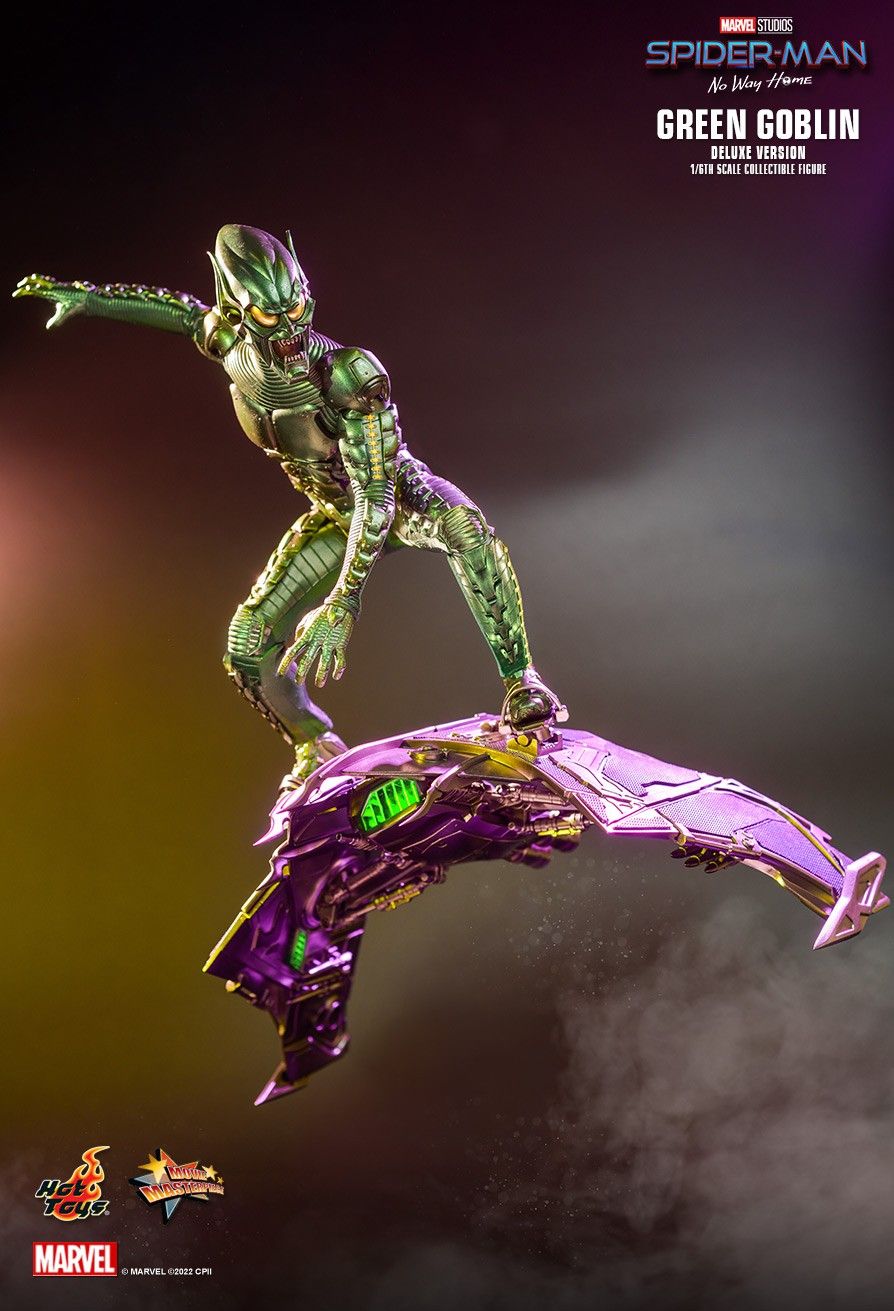 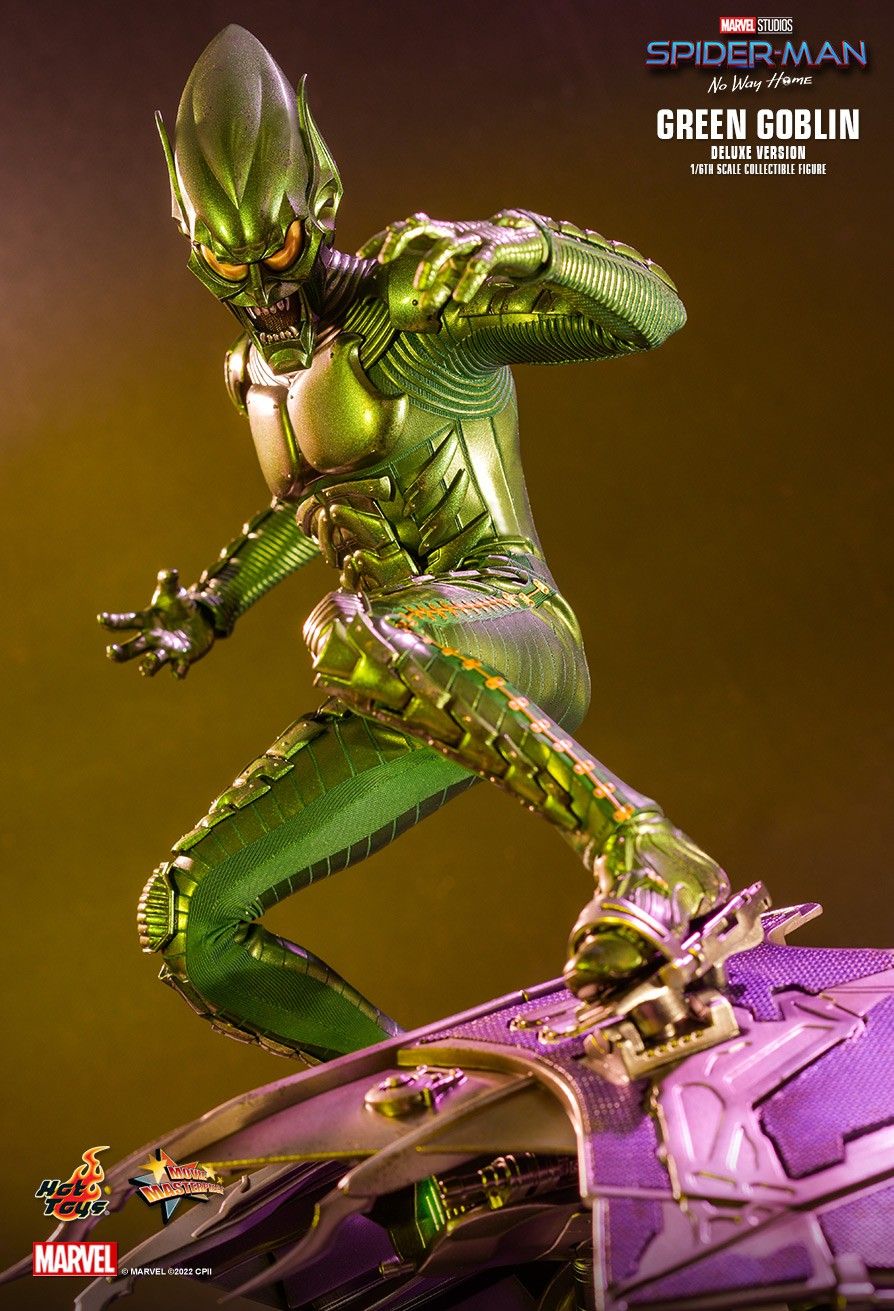 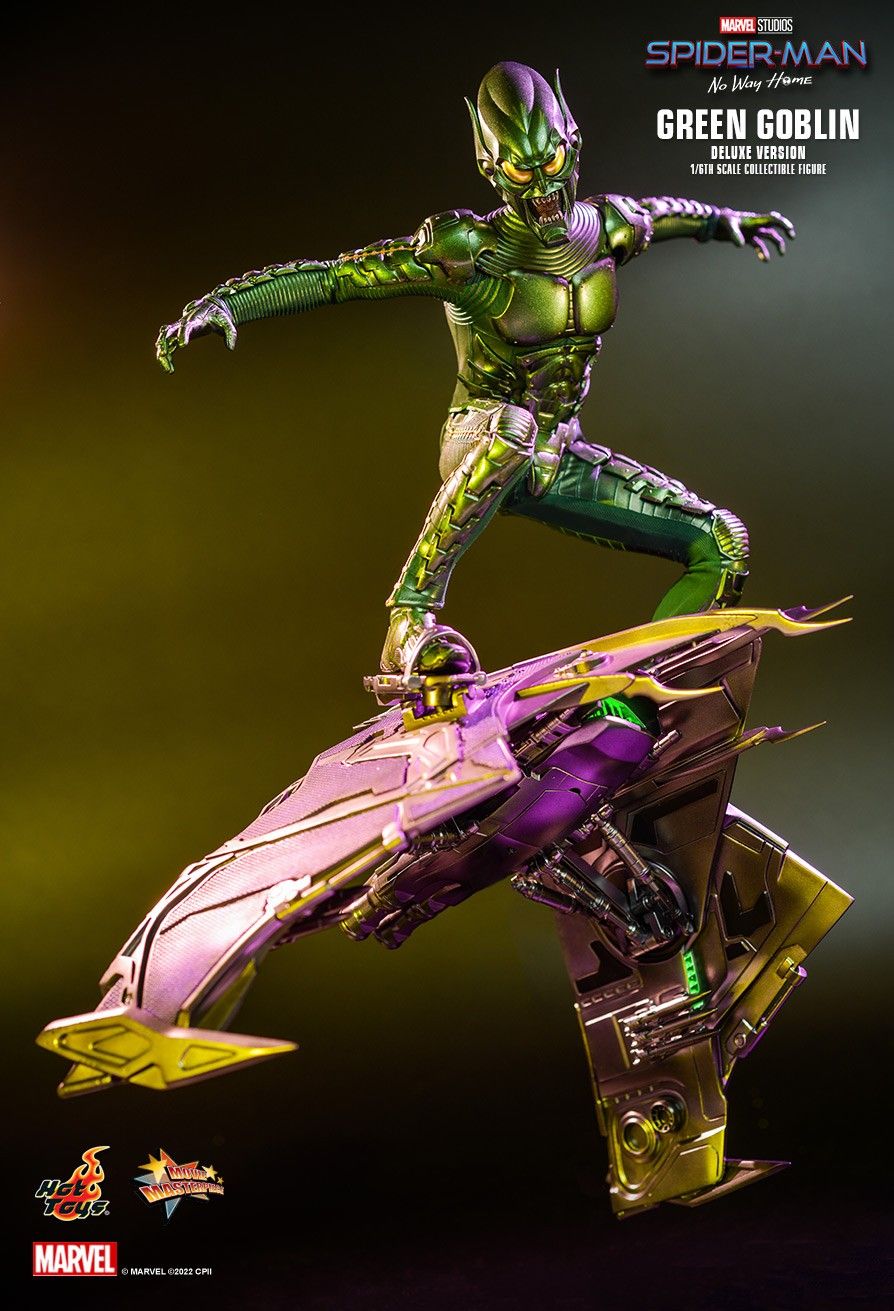 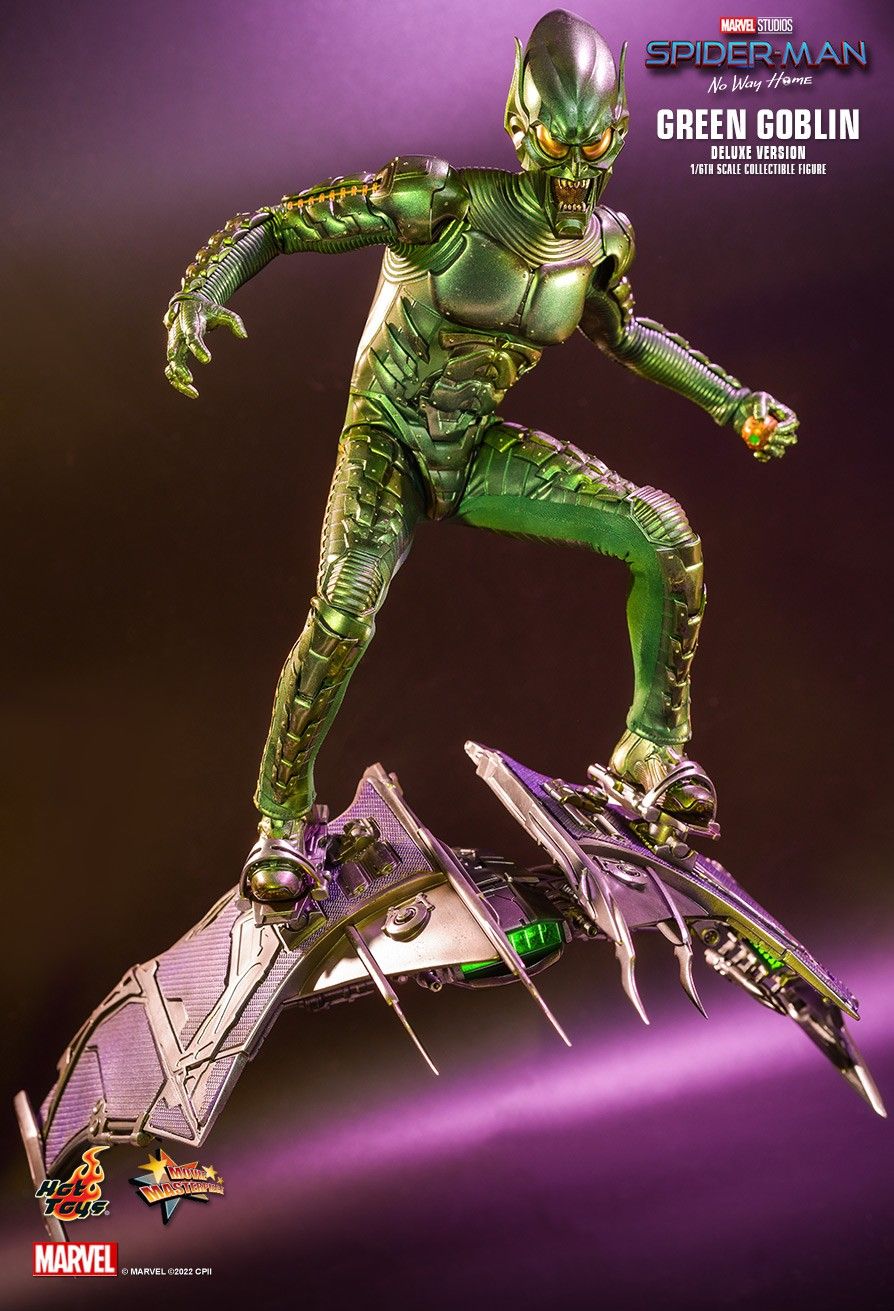 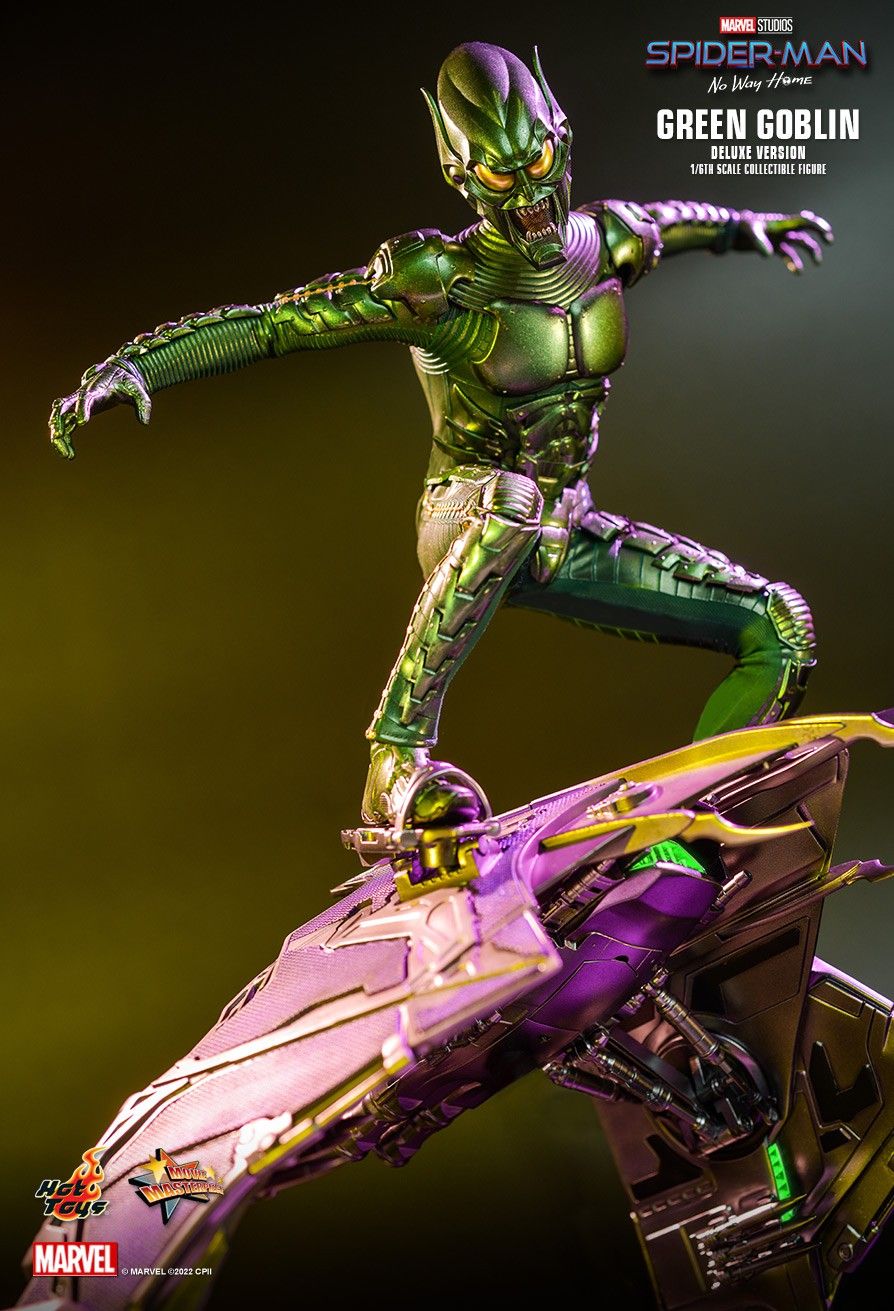 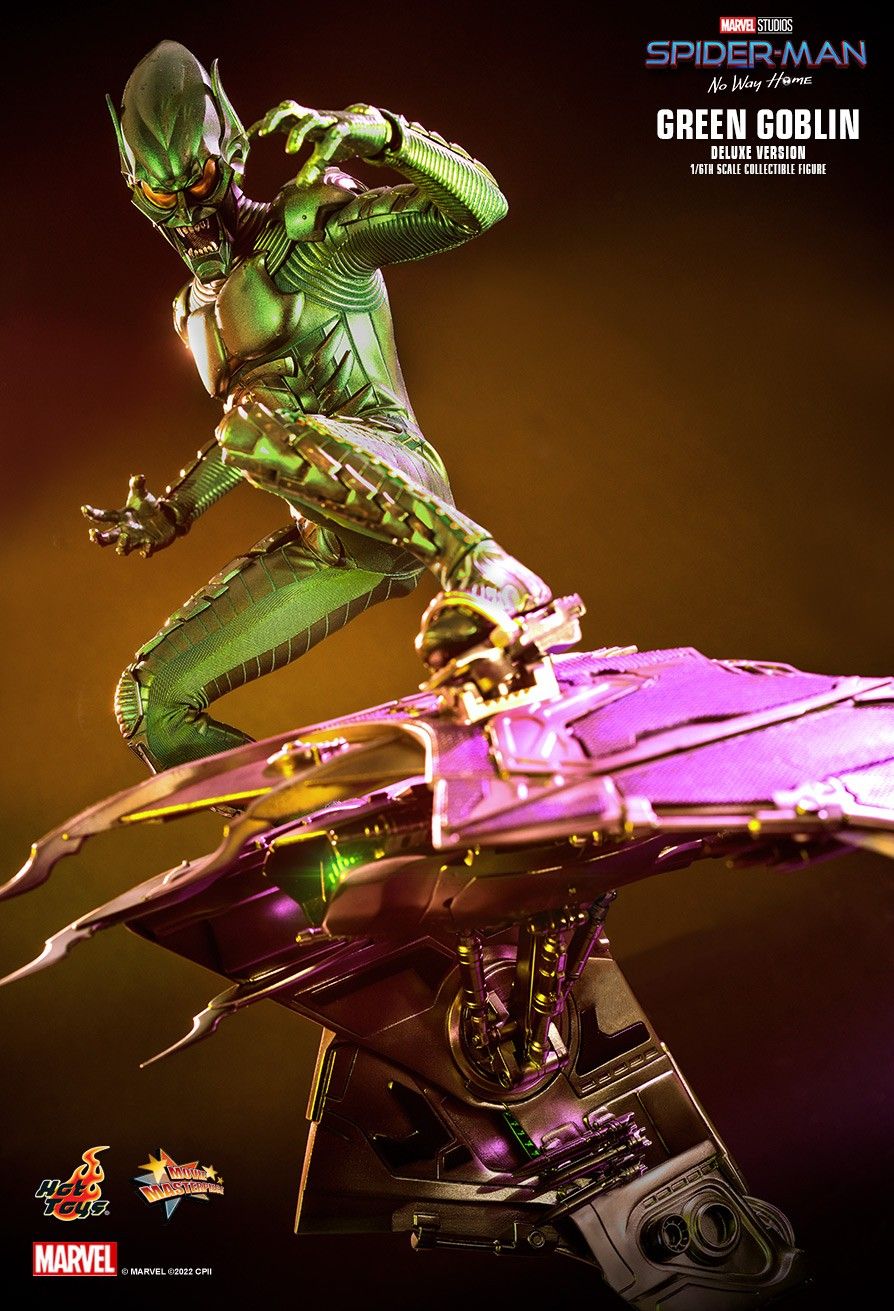 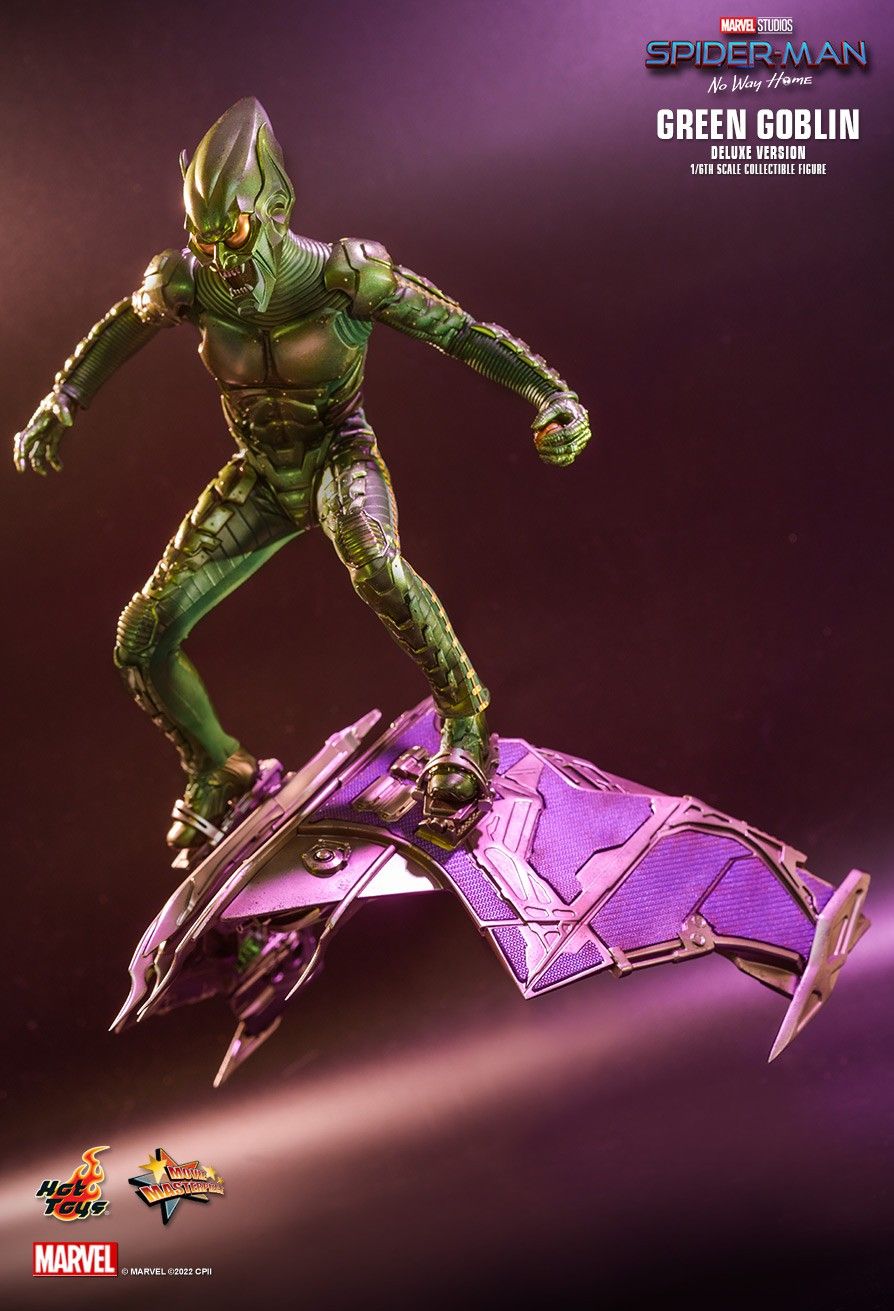 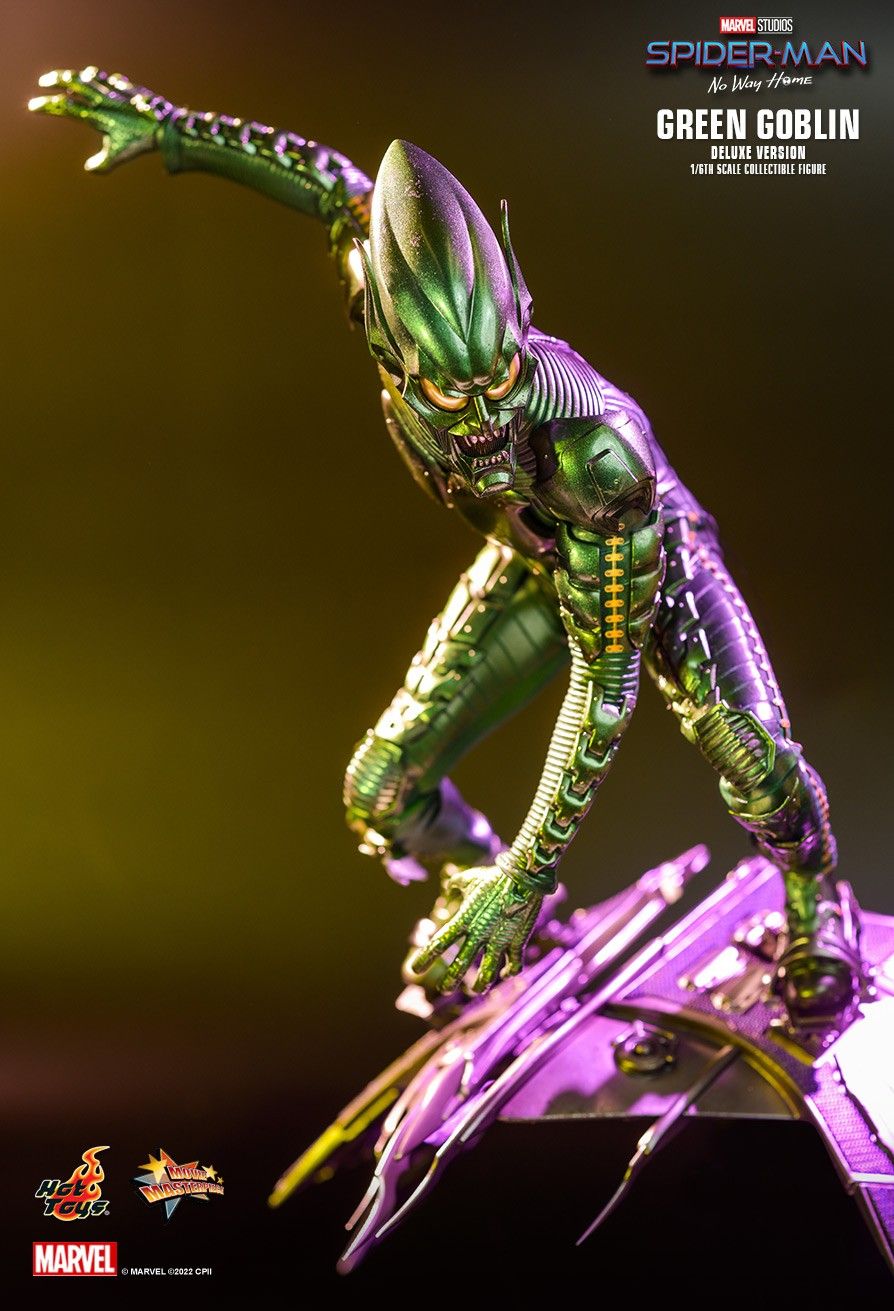 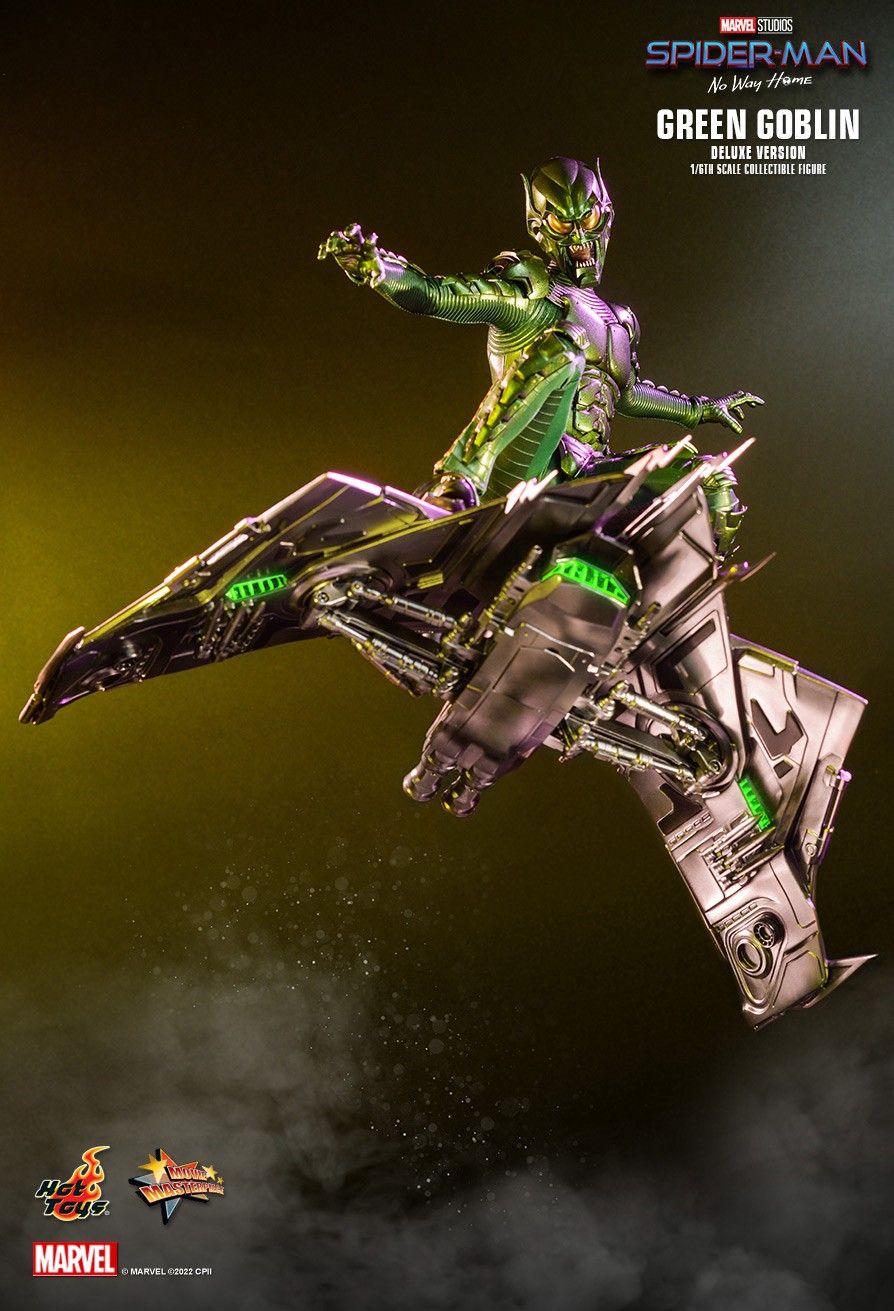 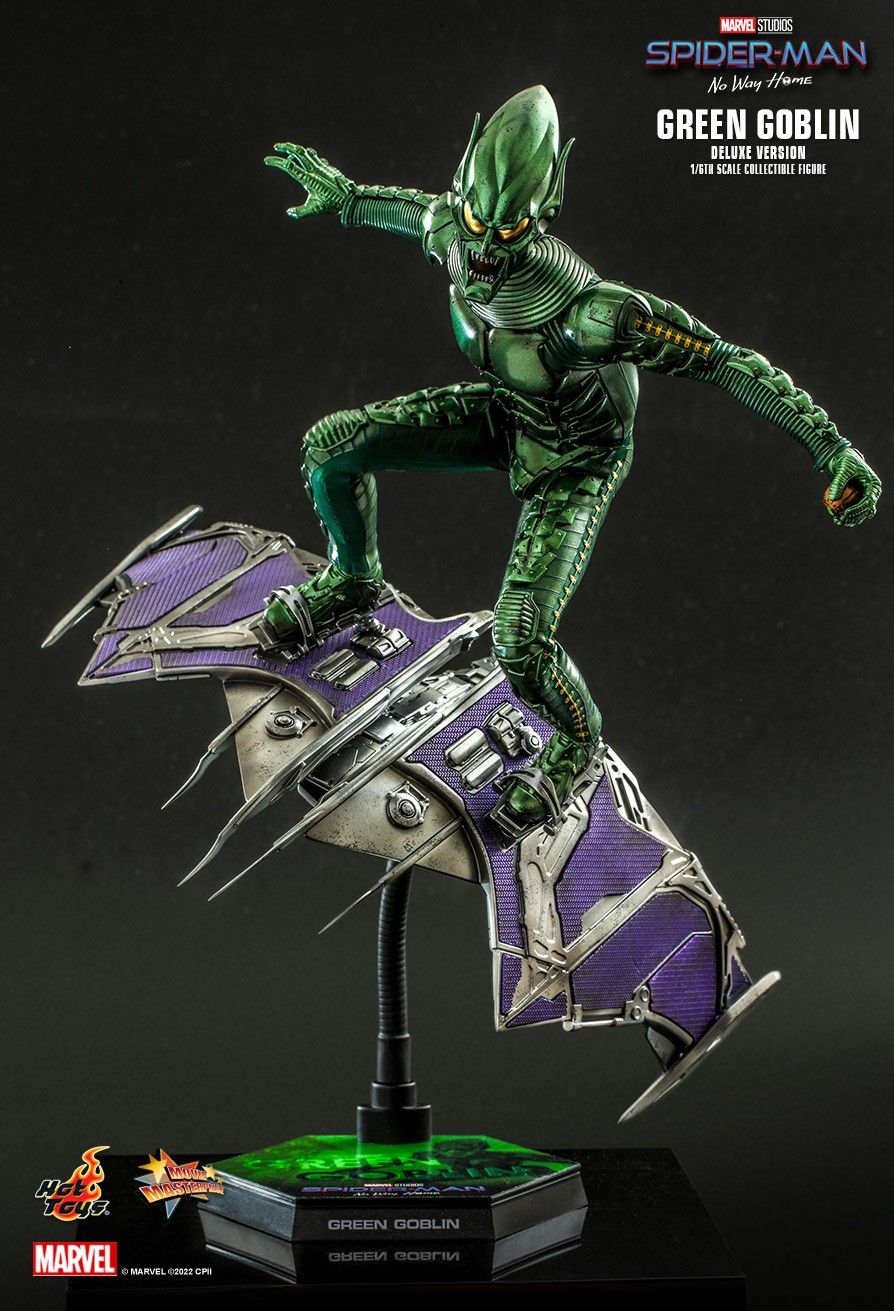 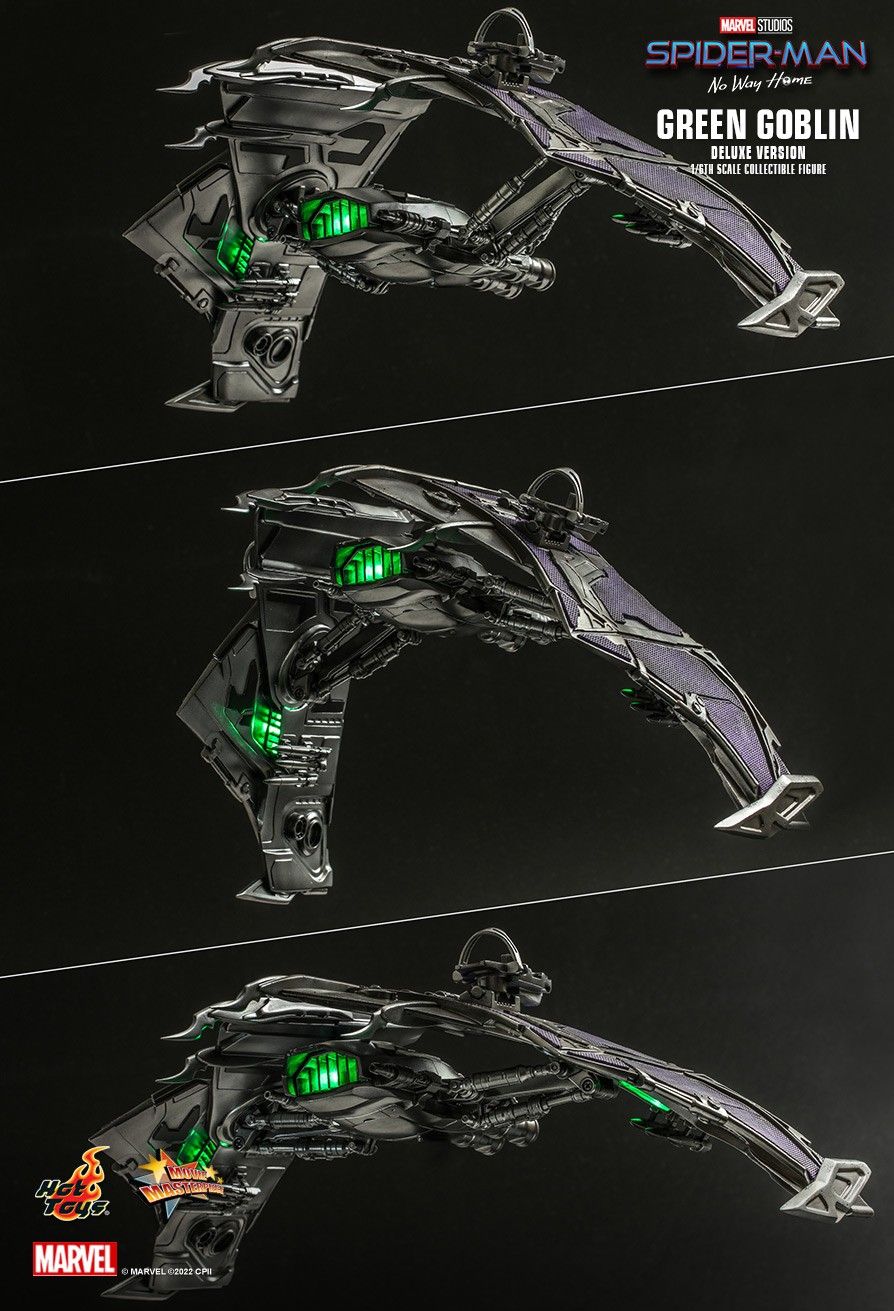 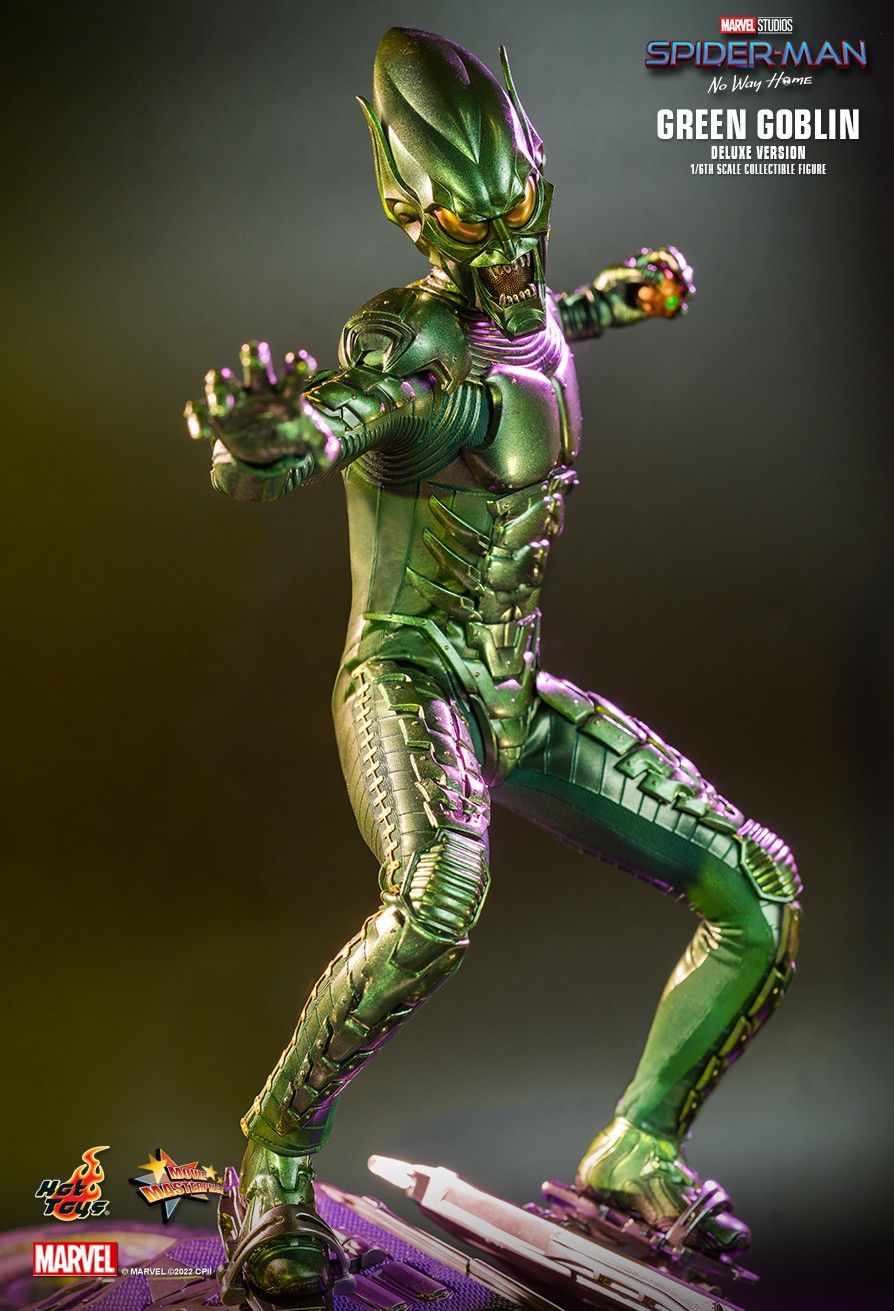 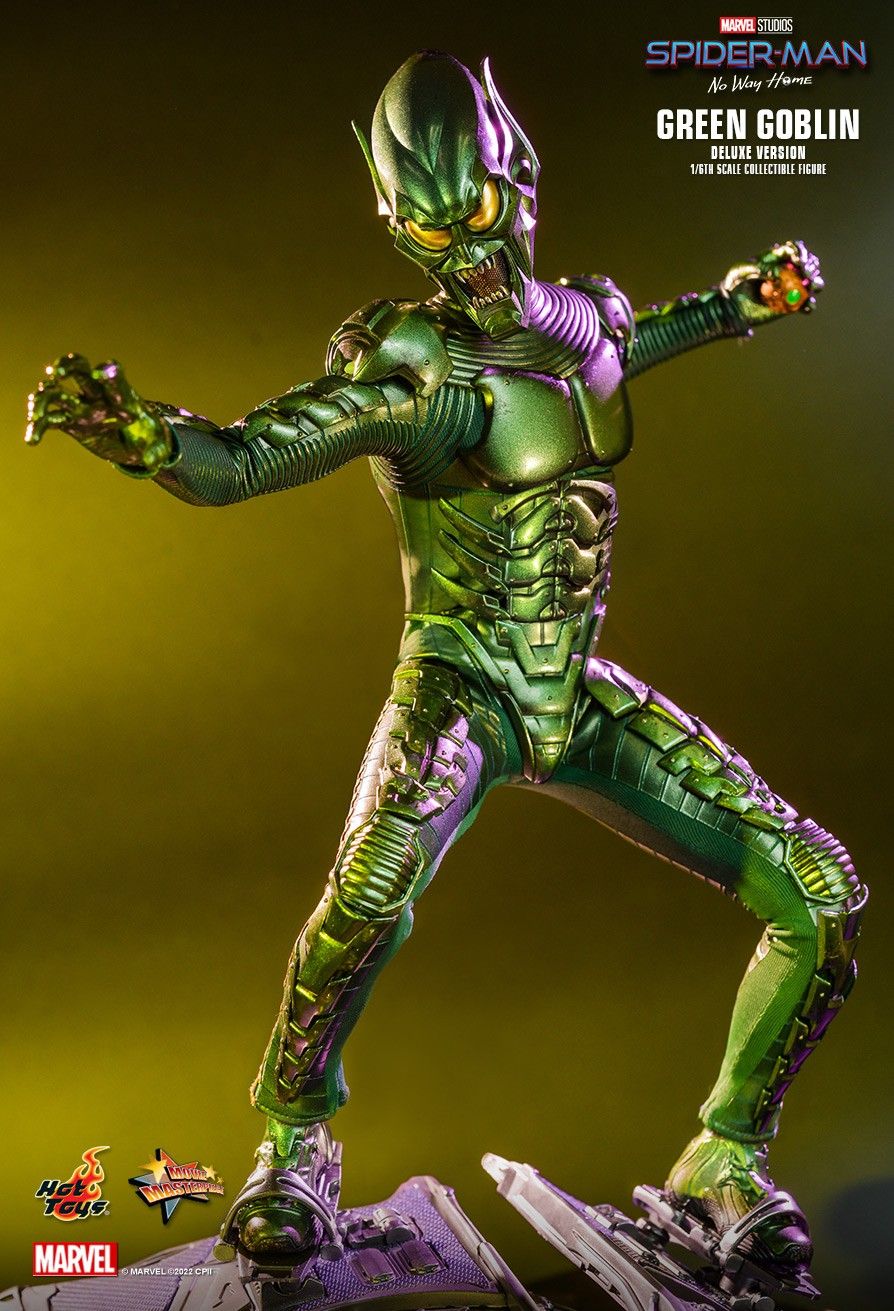 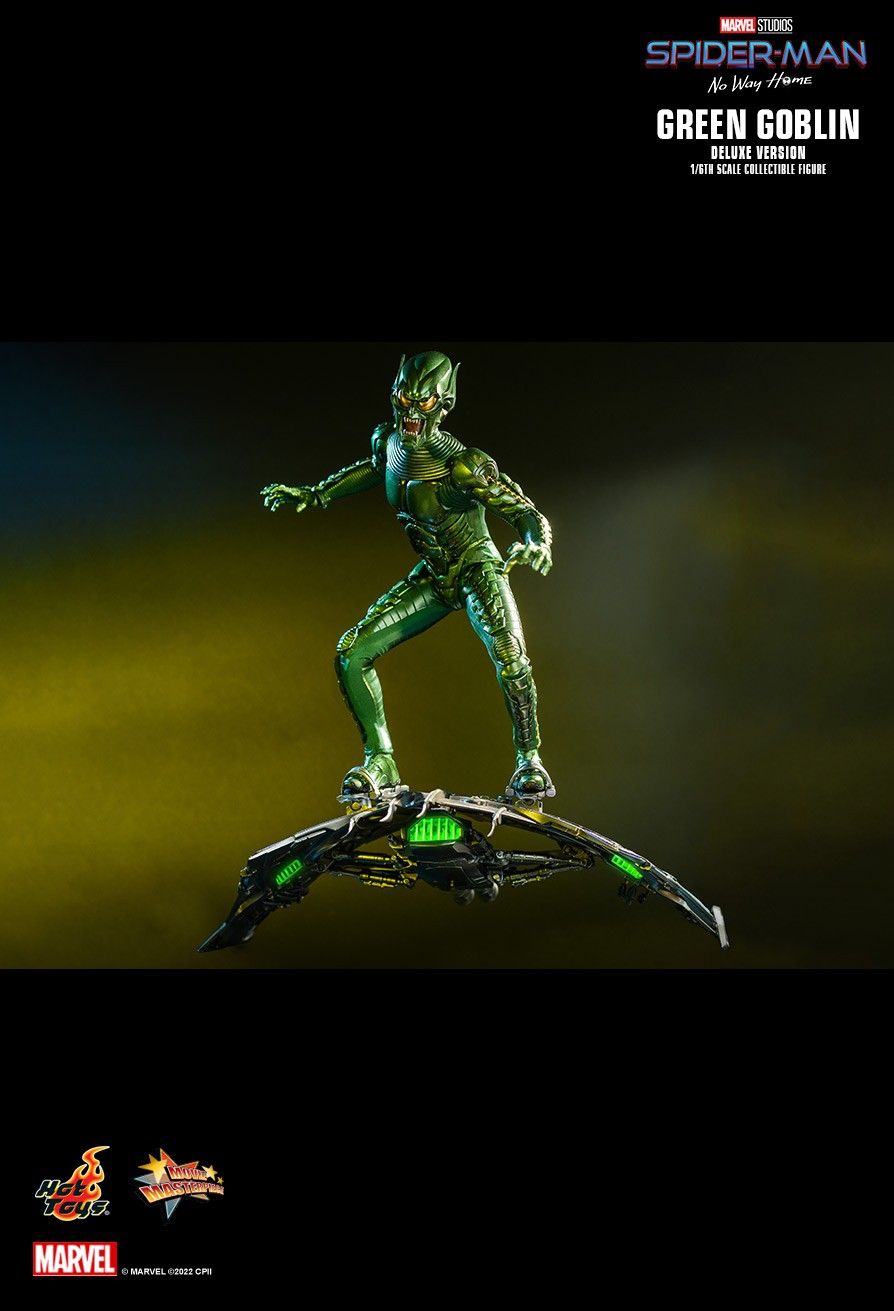 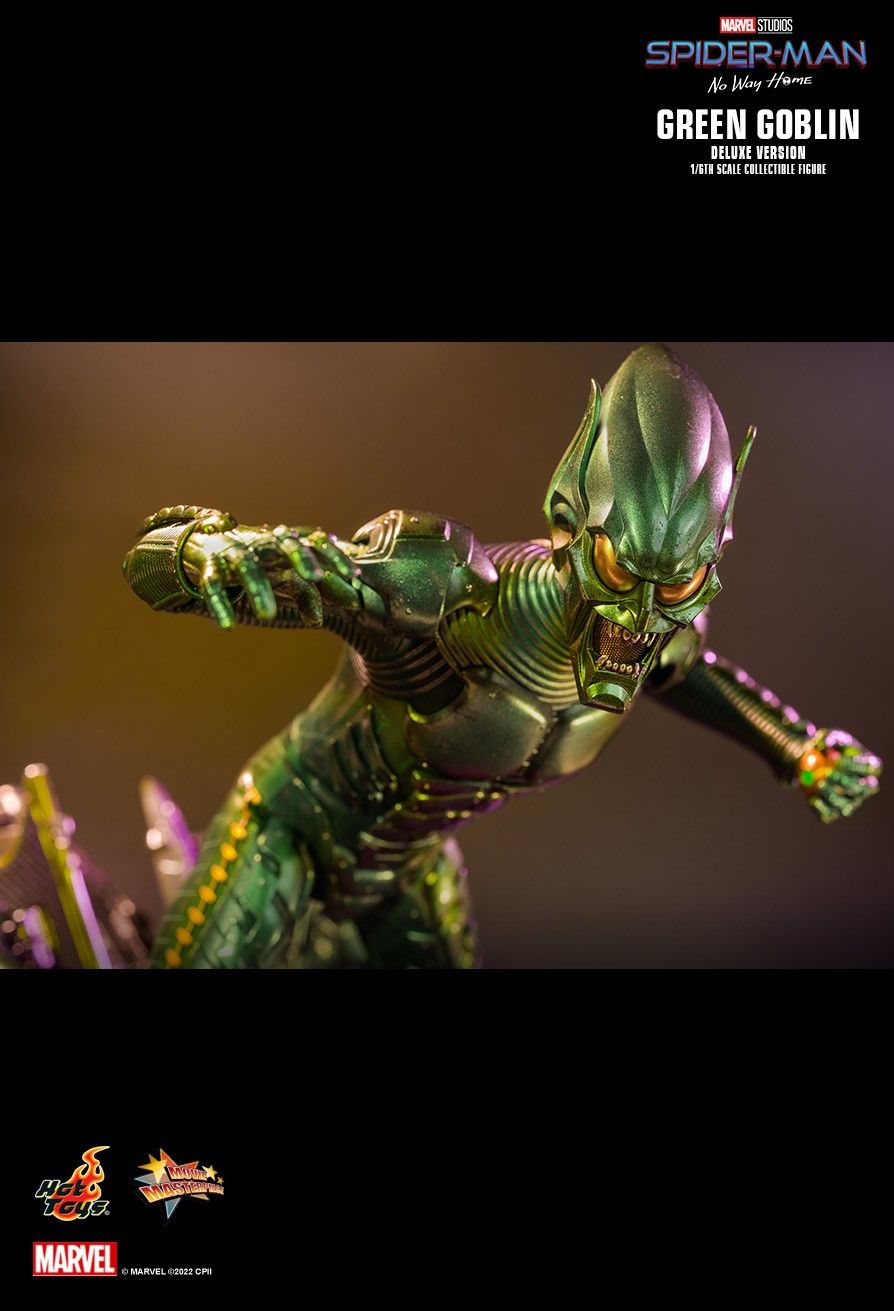 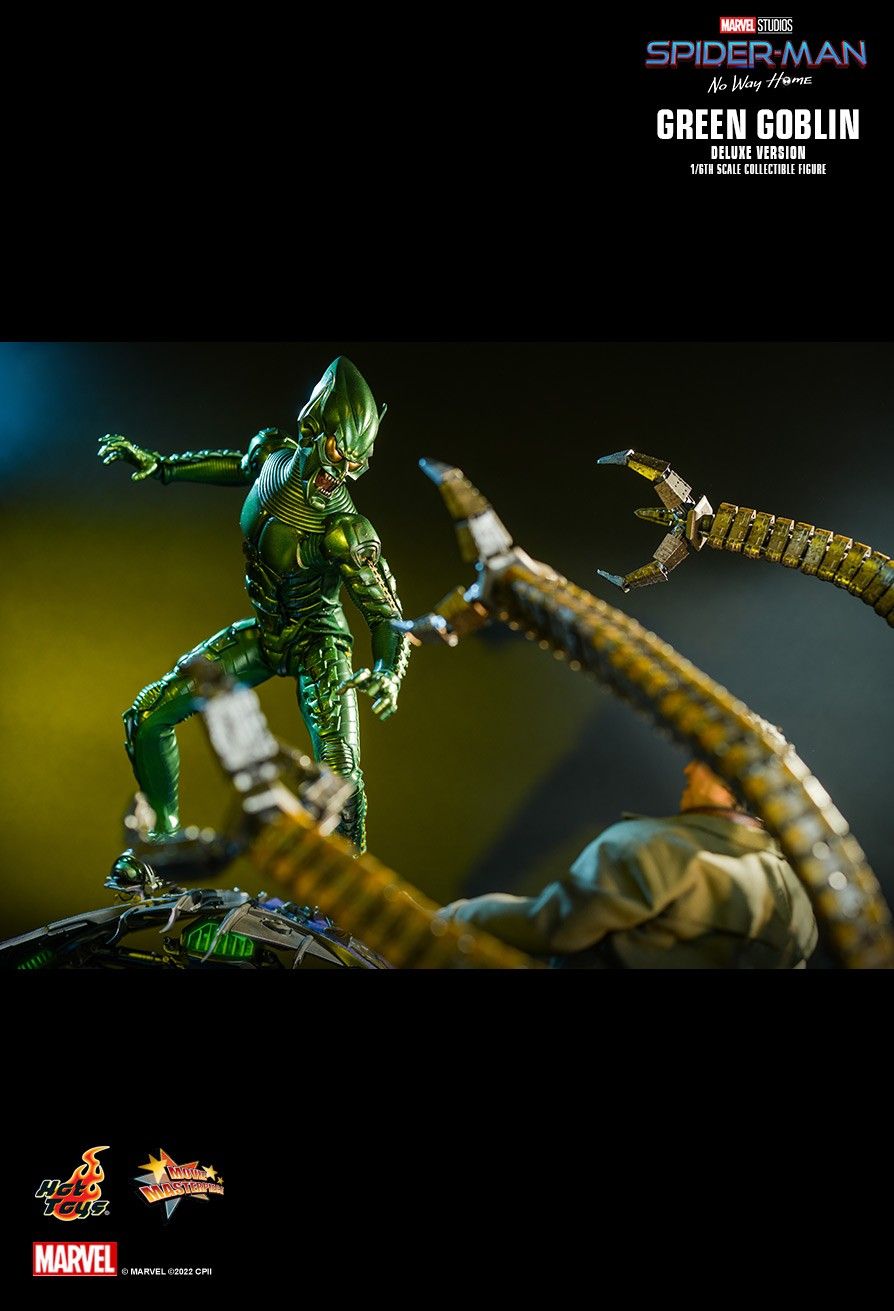 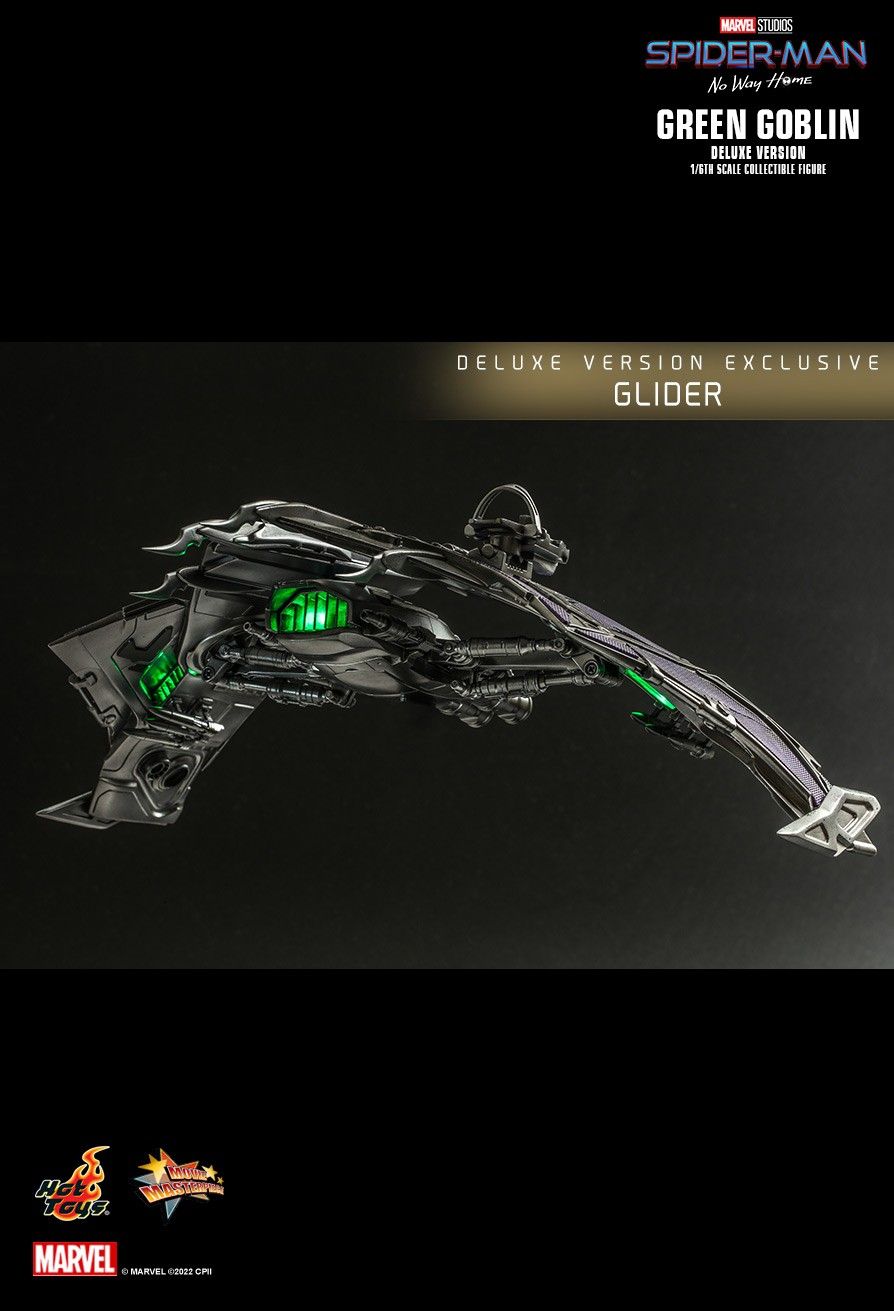 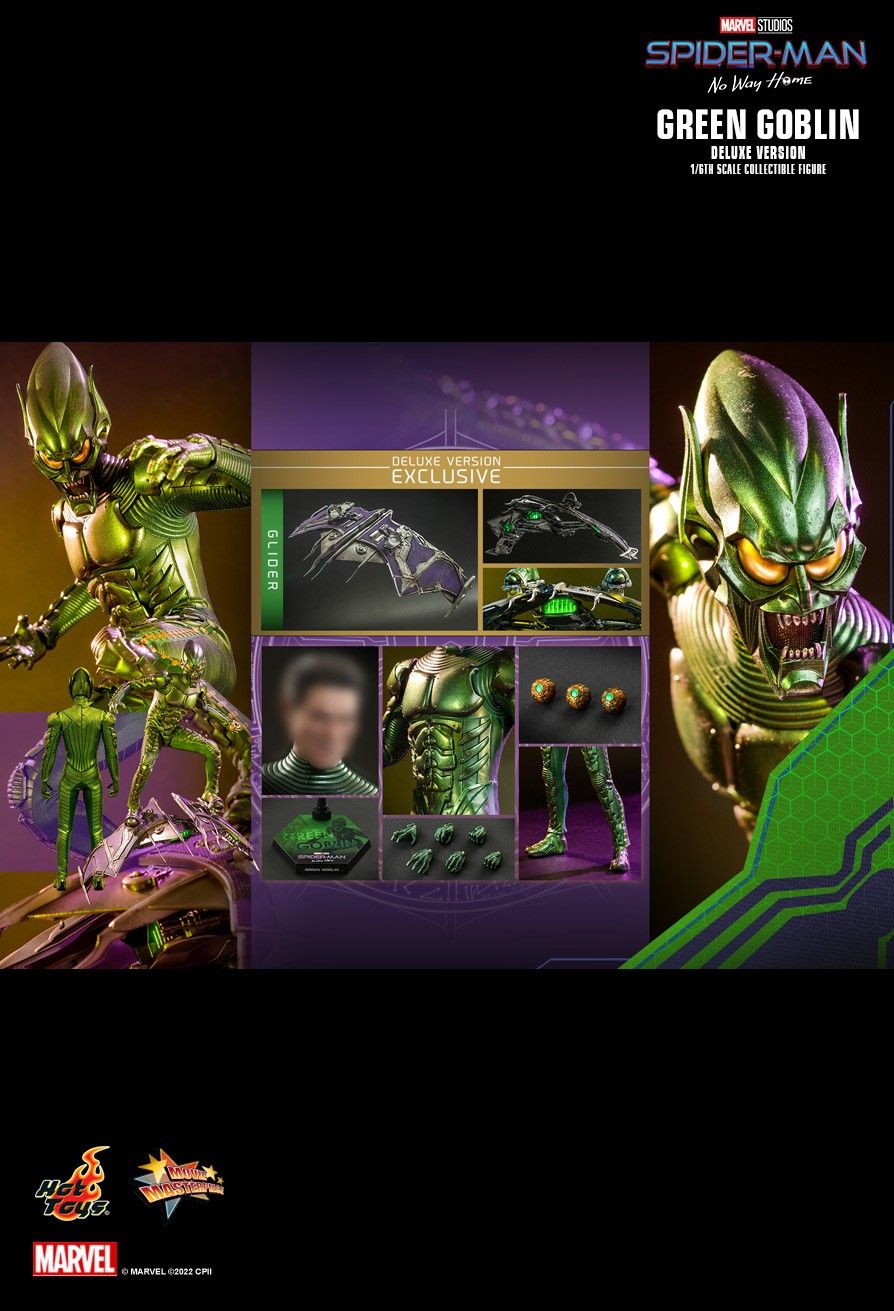 ABOUT THIS SIXTH SCALE FIGURE
“They’re starting to come through. And I can’t stop them.” – Doctor Strange

Norman Osborn a.k.a. Green Goblin made his surprising return from the early Spider-Man movies along with some classic villains after Peter Parker and Doctor Strange inadvertently open up the door to the multiverse. Hearing the Green Goblin’s malicious laugh and watching him tossing pumpkin bombs on the glider has certainly brought back the audiences’ memories.

Further expanding on the Spider-Man: No Way Home collectible series, Sideshow is thrilled to present the Green Goblin (Deluxe Version) Sixth Scale Collectible Figure that will spread fear among your display.

What’s more, the Deluxe Edition includes a Goblin Glider in one-sixth scale with the most up-to-date details in the movie, LED light-up design, and articulated function. 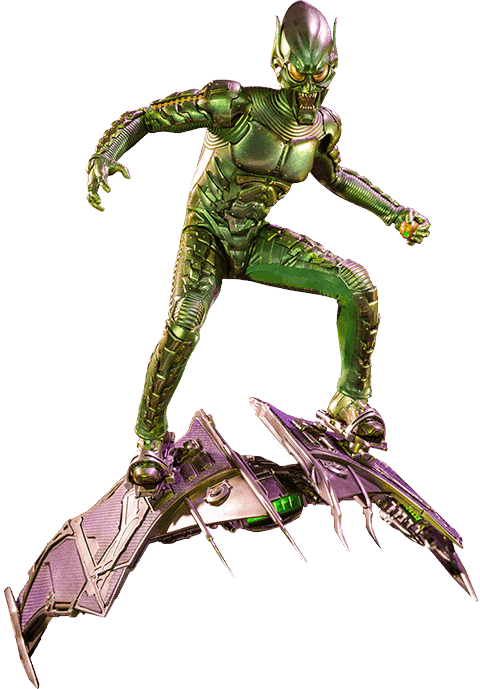