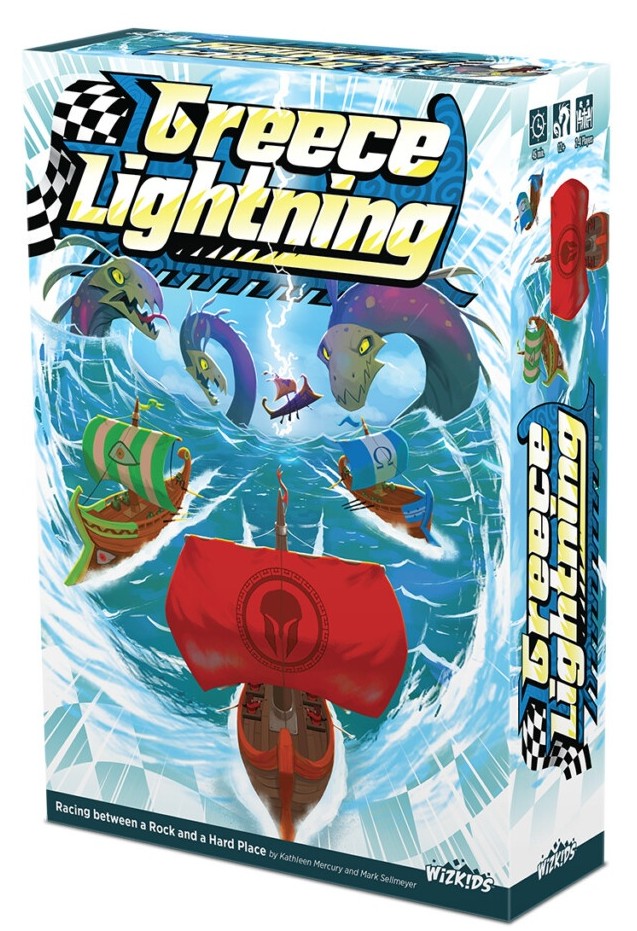 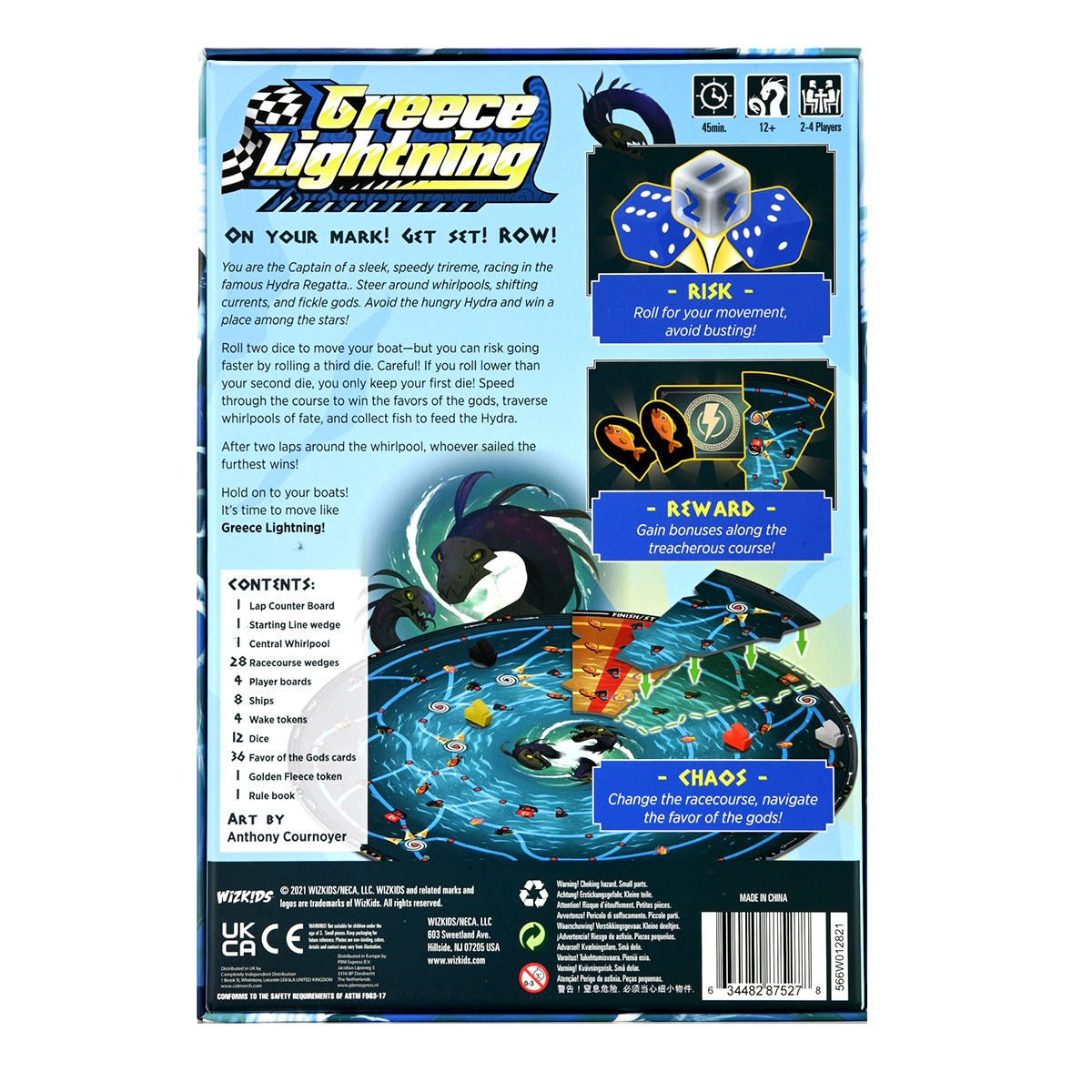 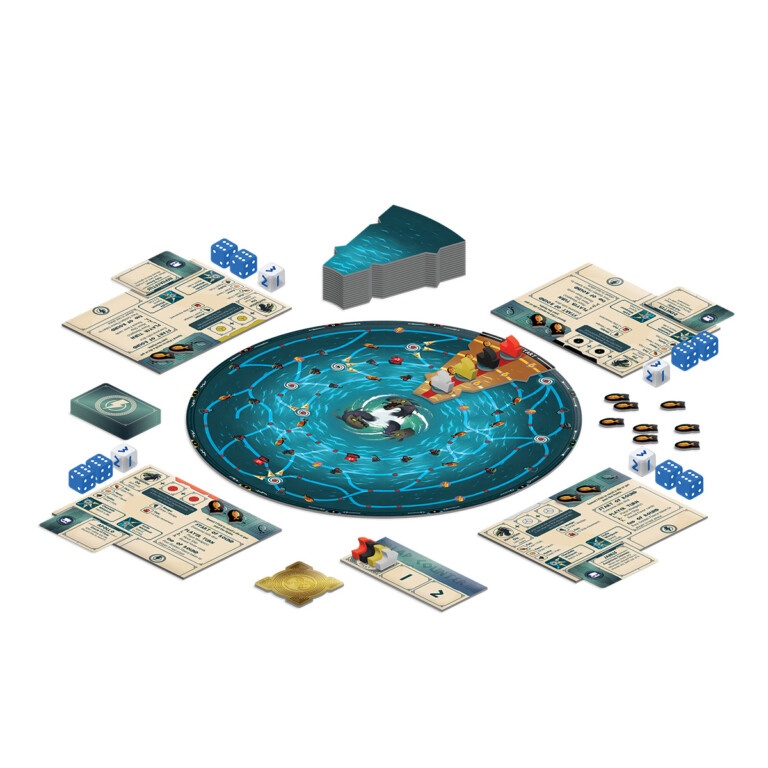 On your mark! Get set! ROW! You are the captain of a sleek, speedy trireme, racing in the famous Hydra Regatta. Steer around whirlpools, shifting currents, and fickle gods. Avoid the hungry hydra to win a place among the stars!

In Greece Lightning, you race around a circular track, trying to be the first to complete two laps. On a turn, you roll two dice to move your boat: a navigation die (1-3) and a movement die (1-6). You can roll a second movement die to try to go farther, but if the roll is lower than your first movement die, you bust and keep only your navigation die.

The circular track is comprised of twelve wedges, with the wedges being randomized each game. In general, the track consists of four paths orbiting the central hydra, but these paths criss-cross a lot, with movement dots and bonus icons at various spots on the movement paths. When you move, you must move clockwise a number of spaces equal to the sum of your dice, but you often have freedom to weave from one path to another. Here are the icons you might encounter:

Fish: Collect one fish. You can have up to three fish on hand, and you can spend a fish to re-roll your navigation die or second movement die. You might also need fish to navigate whirlpools.

Favor of the Gods: Draw a favor card, and place it face down before you. At the end of your turn, reveal the card and use it immediately, save it for later, or give it away, depending on what card it is.

Track wedges: Collect one wedge and place it face up before you. At the start of your next turn, after determining your total movement, place the wedge on the game board (but not on the starting tile or a player's ship). Use these to make your path easier or to place a hydra directly in your opponents' way.
Whirlpool: When you land on a whirlpool, you often have multiple exit paths from it — but you might need to pay fish or have a die with a certain number in order to take a particular path.

Hydra: Spend a fish when you land on a hydra space or else your movement will vanish for the rest of the turn as you must fight it off.
When you land on or cross the starting line, thereby finishing one lap, you receive a fish, a wedge, and a Favor of the Gods card. When someone has completed their second lap, you finish the round to ensure everyone has the same number of turns, then whoever has gone the farthest wins.