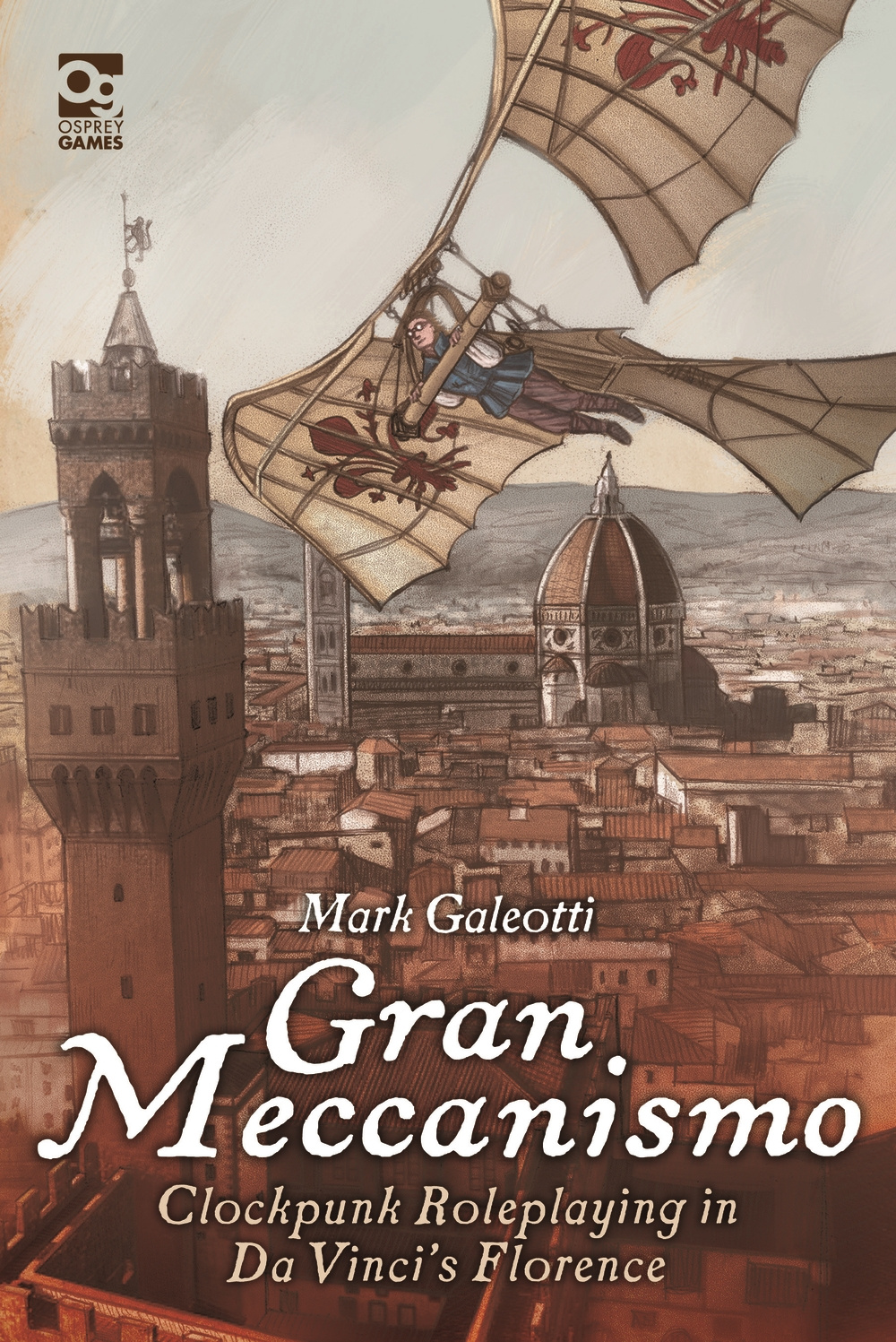 It is the Year of Our Lord 1510, and one has to wonder how differently history could have played out if Niccolo Machiavelli, the military commissioner of the Republic of Florence, had not understood the true scale of Leonardo da Vinci's genius. In such a world, the visionary might simply have wasted his time painting portraits of women and doodling in a sketchbook. Instead, he unleashed a technological revolution where primitive computers, decorated with delicately painted cupids, run on water clocks; spring-powered tanks whir across the battlefield, with cannons thundering from their flanks; and gliders flit across perfectly blue Tuscan skies.

Gran Meccanismo is a roleplaying game of swashbuckling swordplay where Florence's winding alleys swarm with sinister Venetian spies and Milanese mercenaries, as an army of robot knights marches past on their way to the Vatican. Players are patricians, mercenaries, spies, and inventors amidst a Renaissance Italy where they may find themselves crossing wits with Machiavelli, avoiding the dangerous charms of Lucretia Borgia, and hearing Christopher Columbus tell you about the new world he has discovered. . .