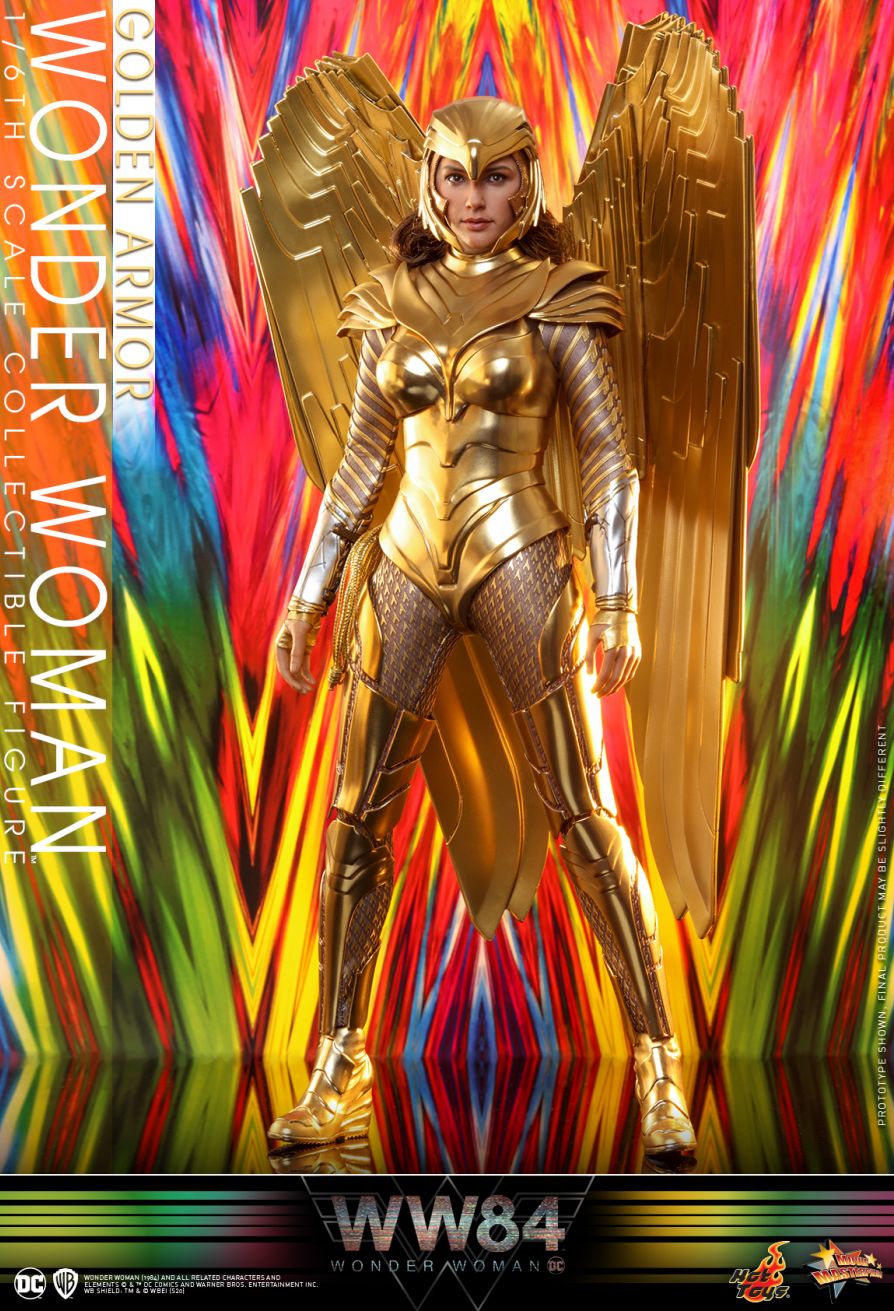 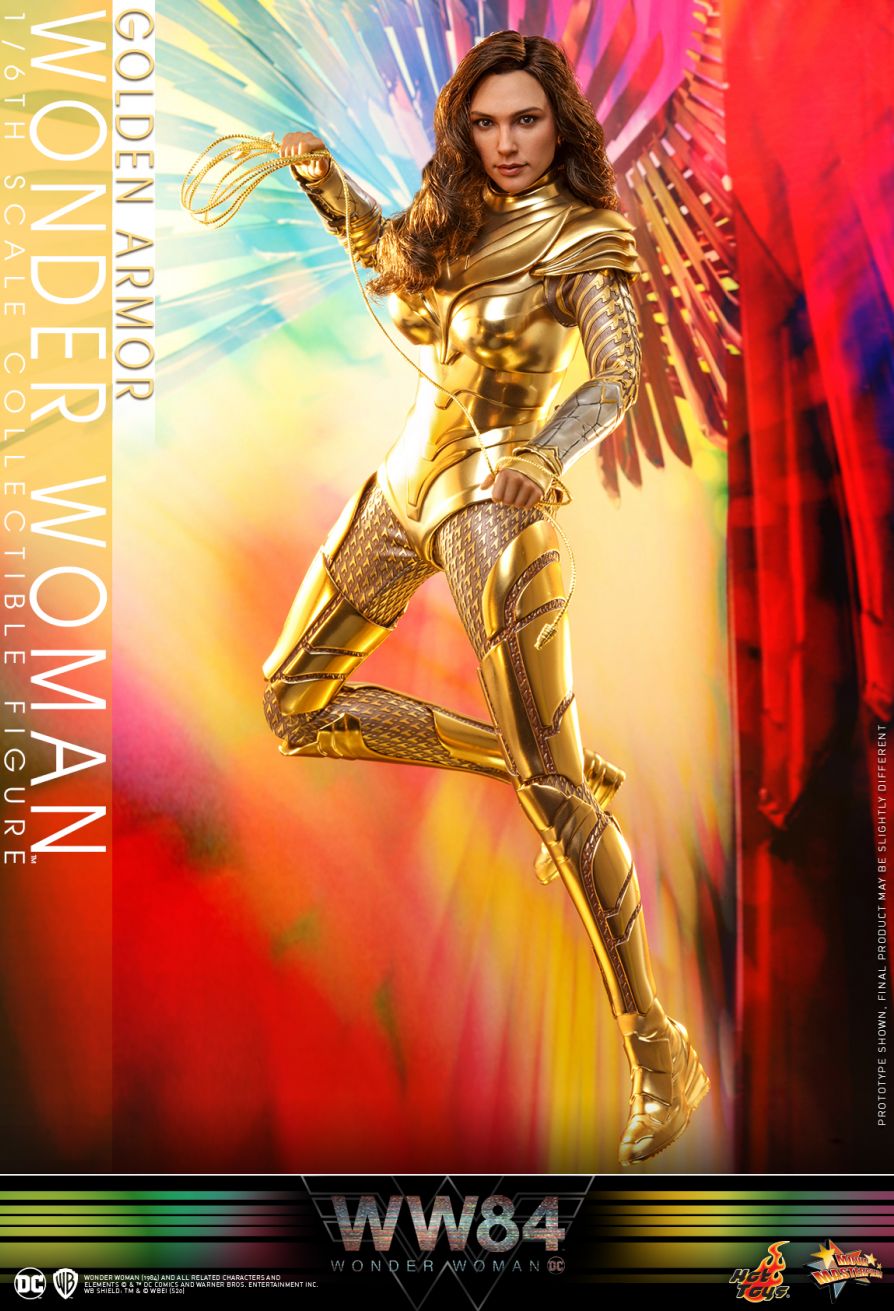 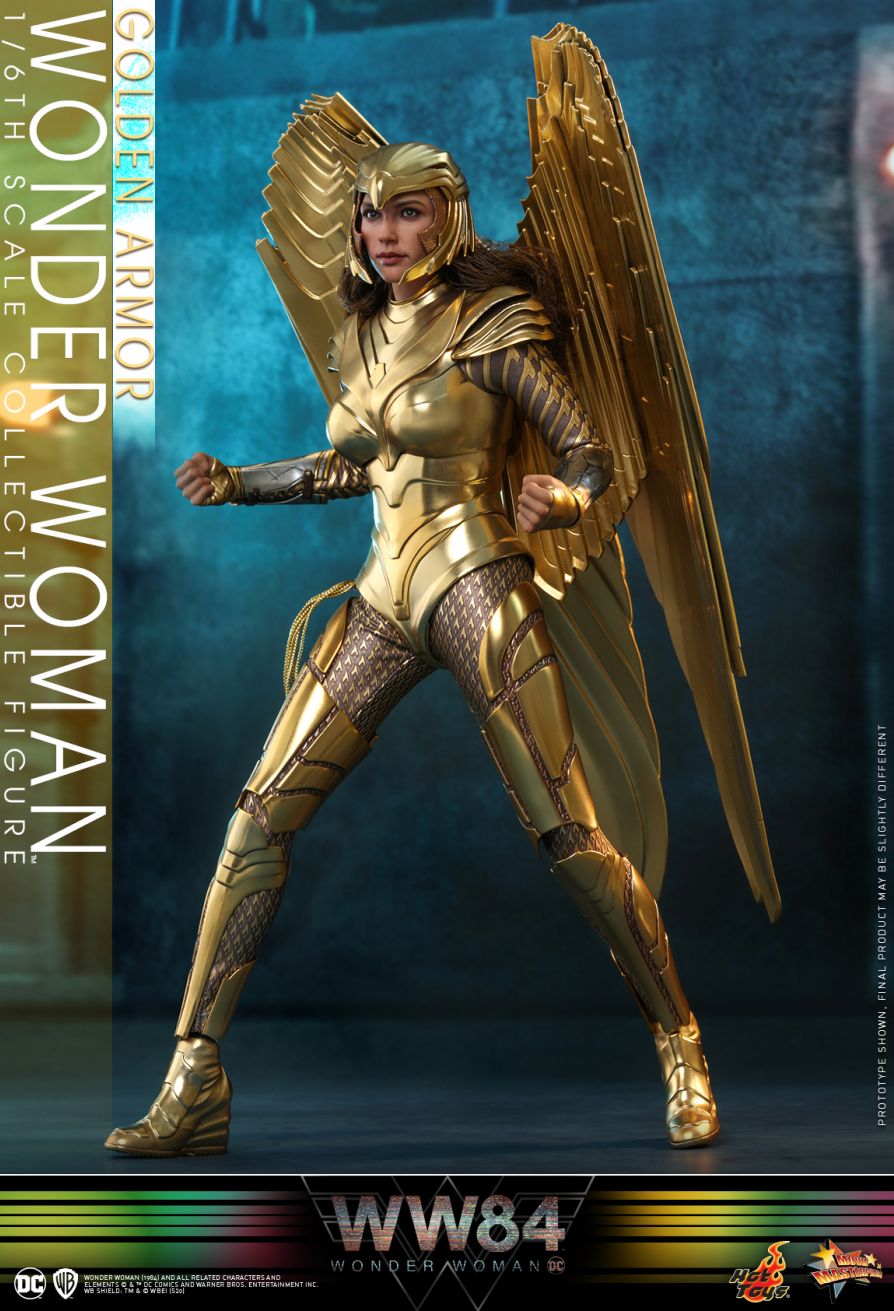 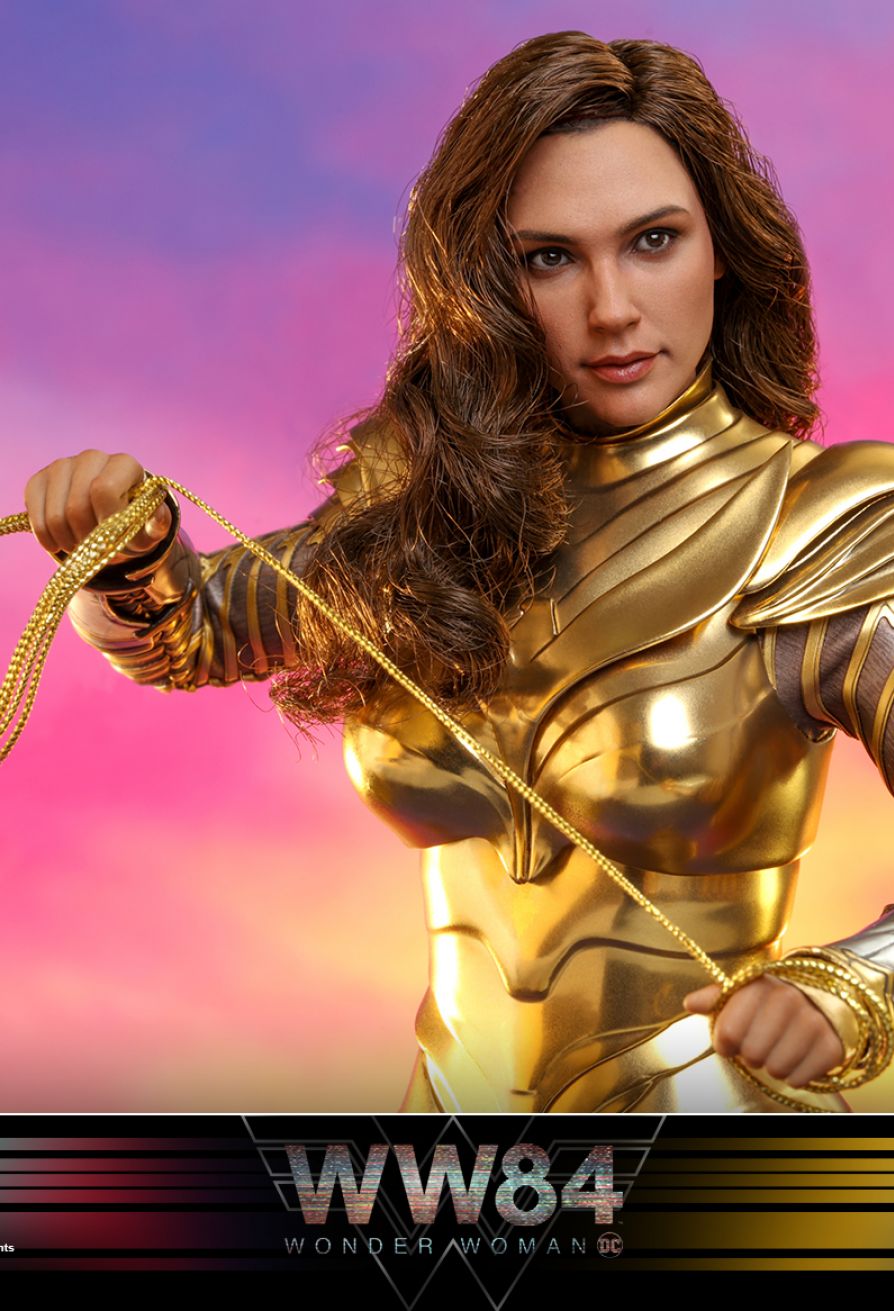 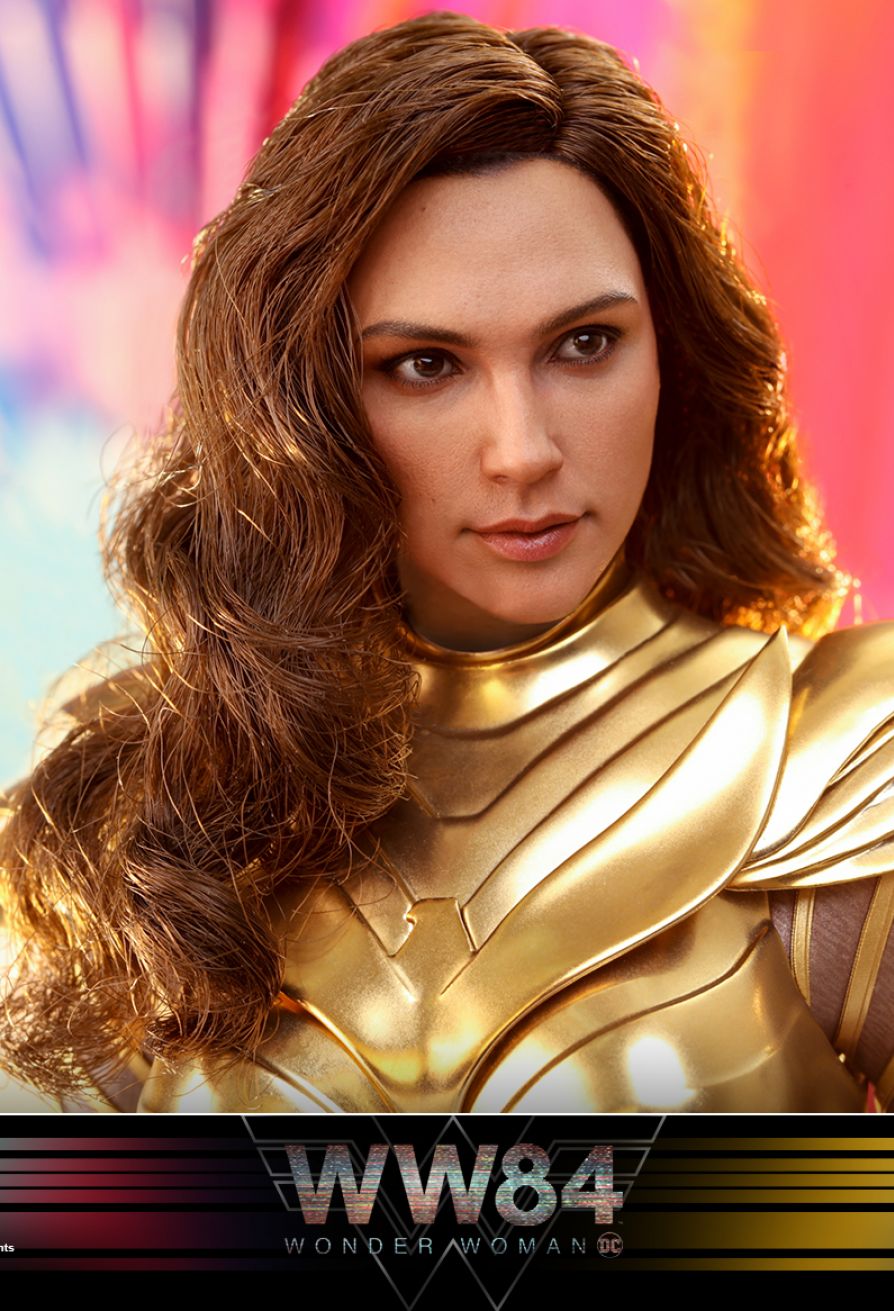 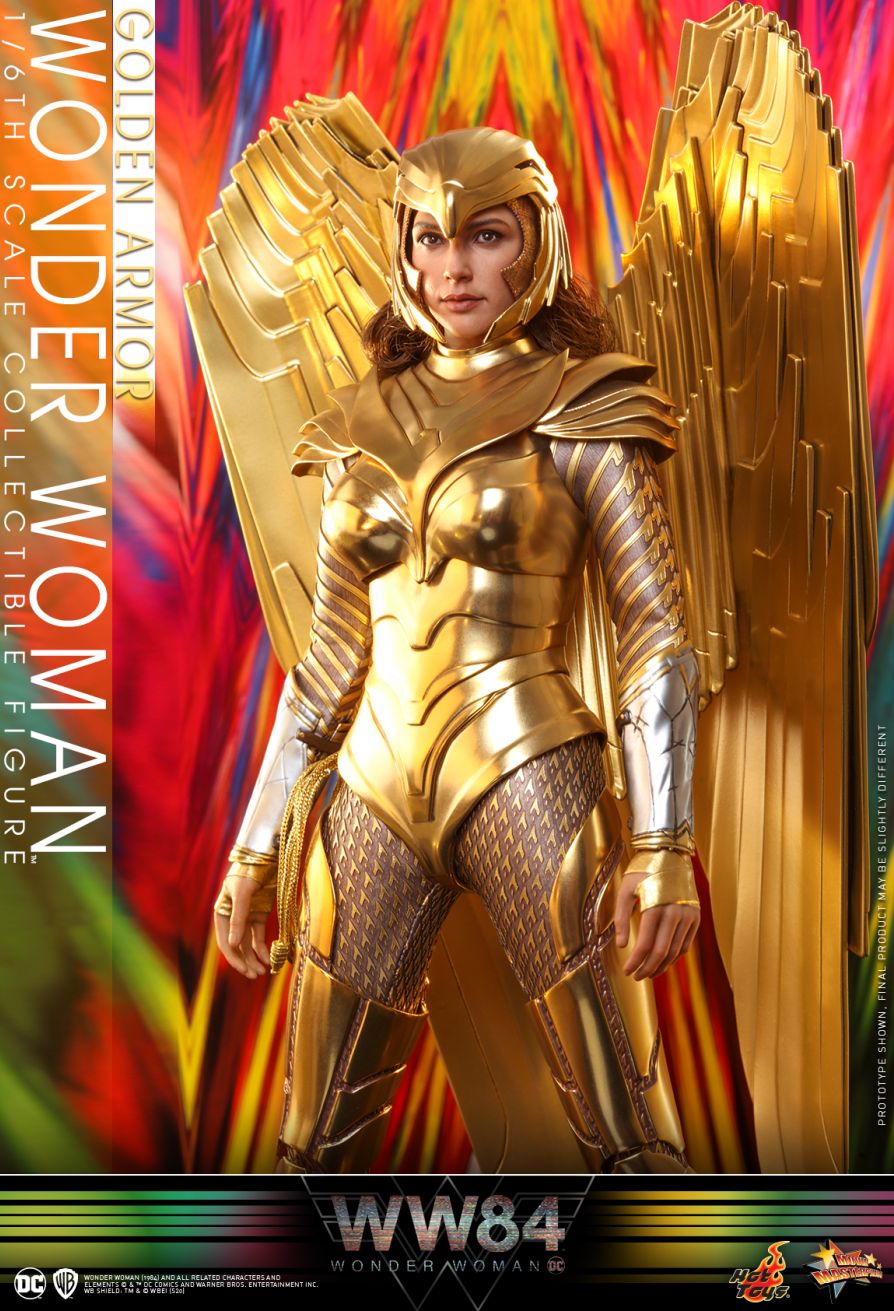 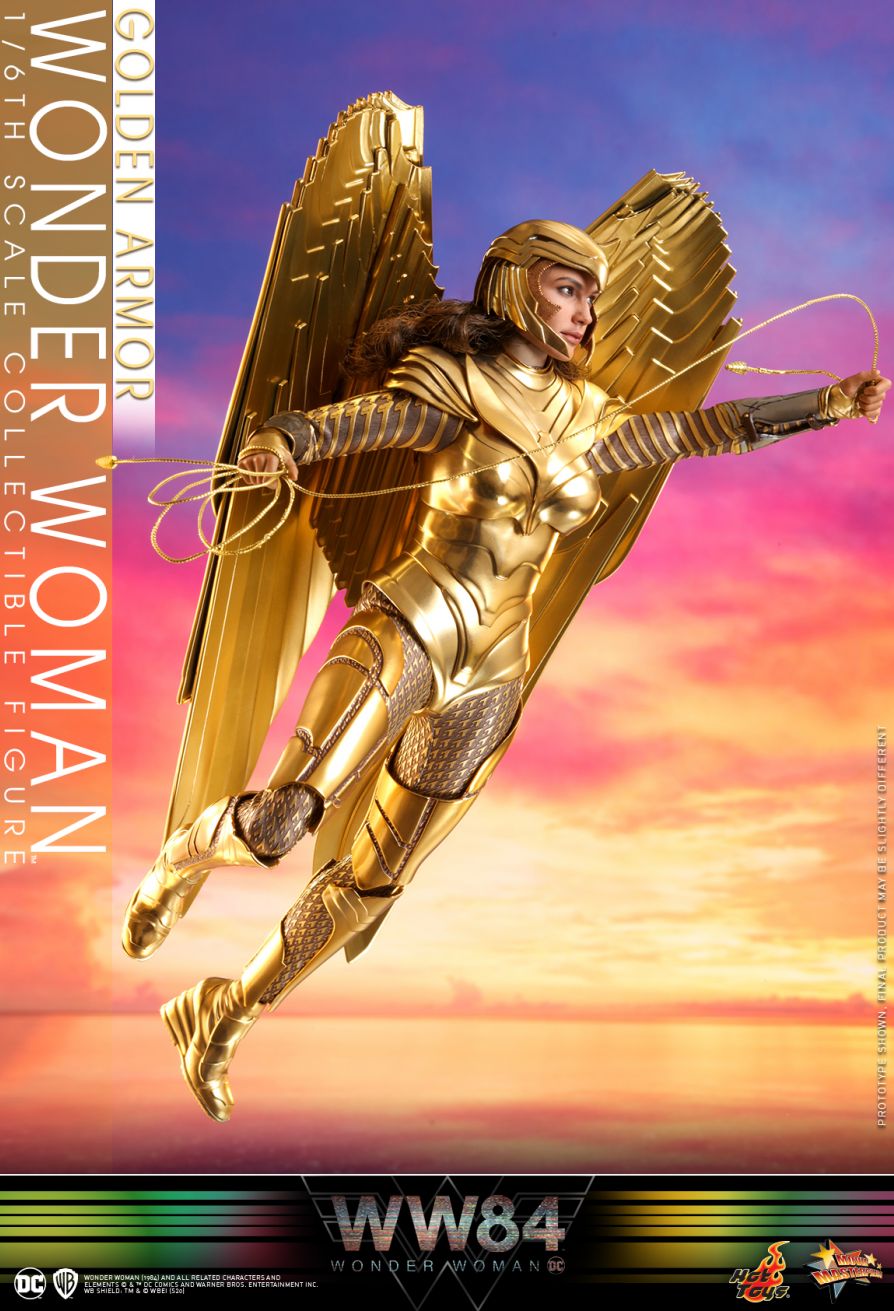 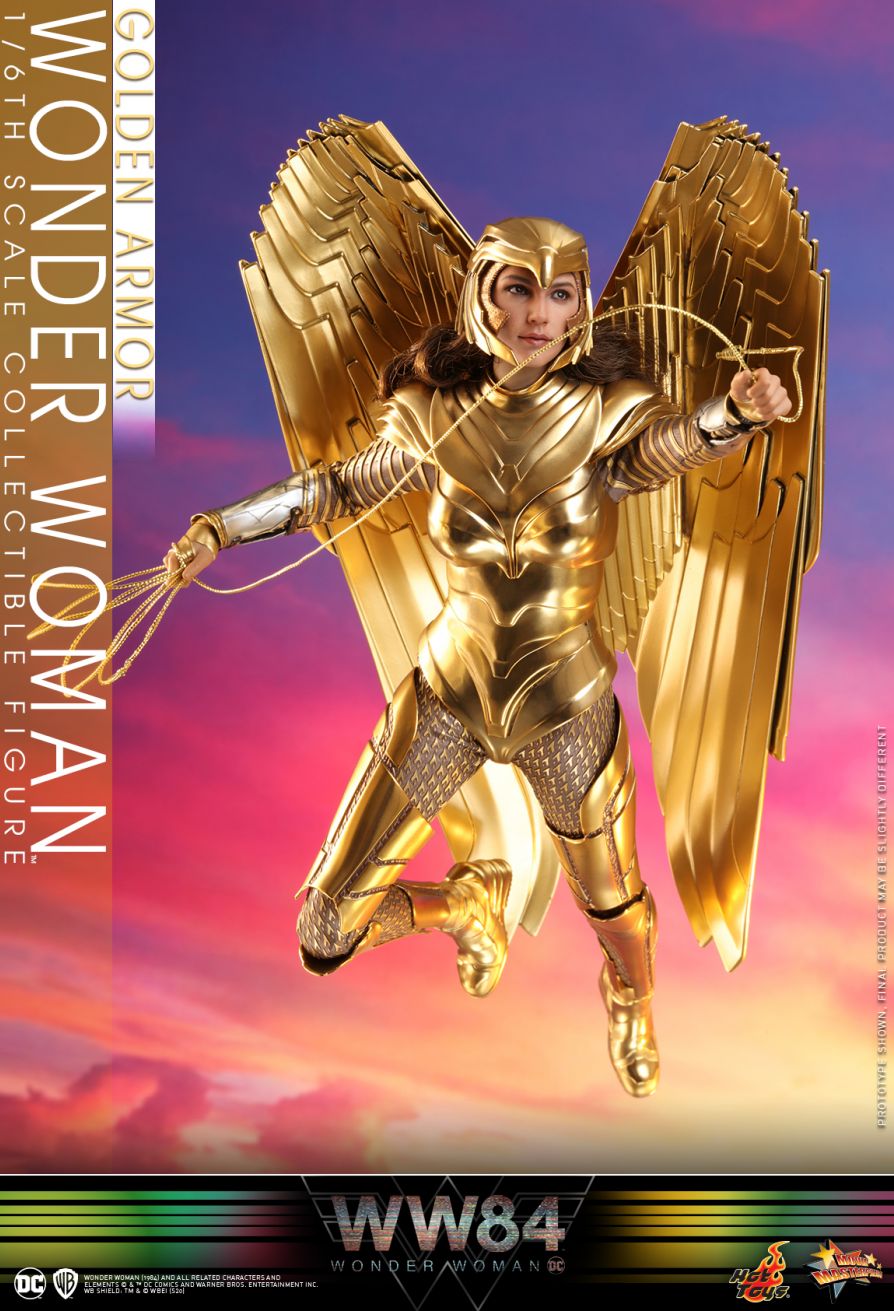 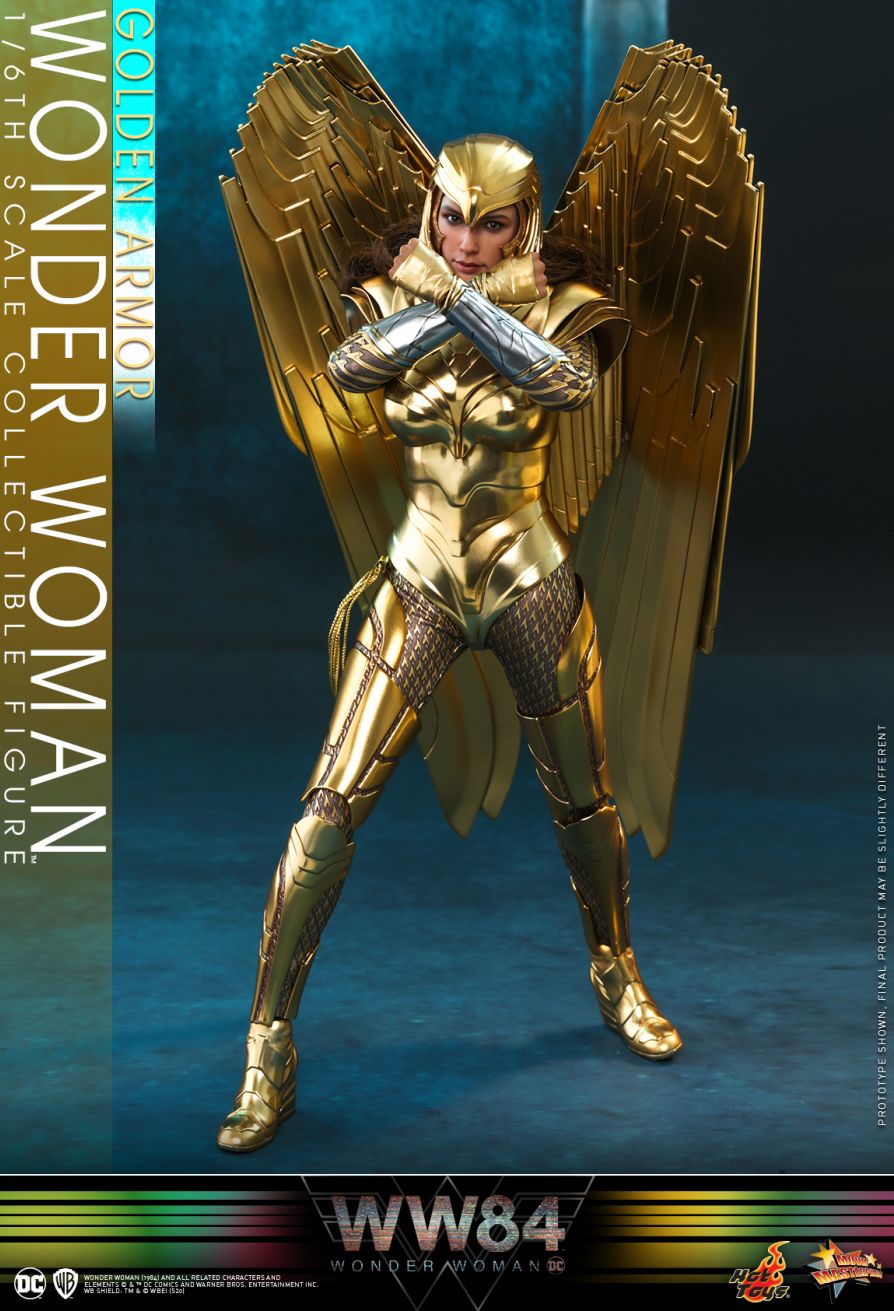 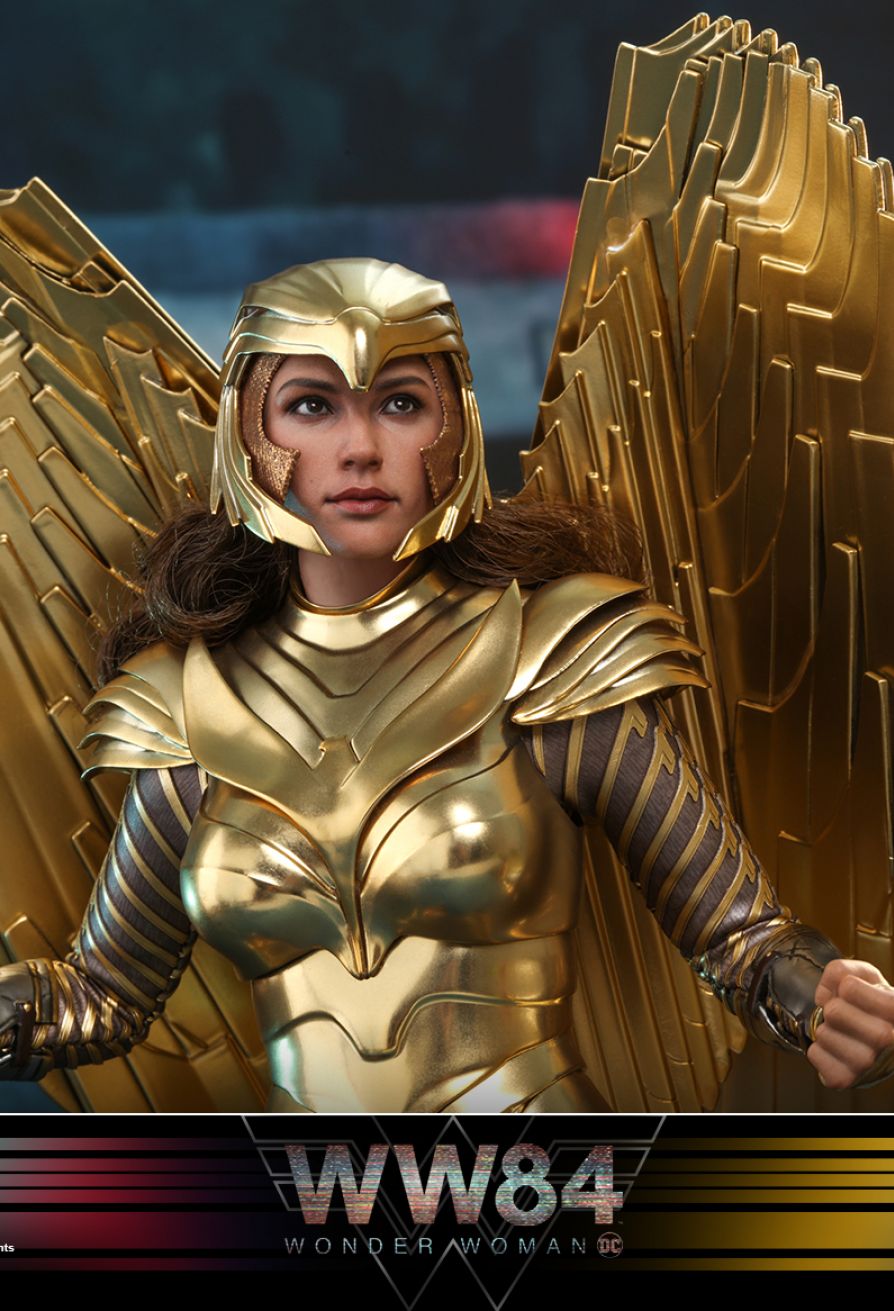 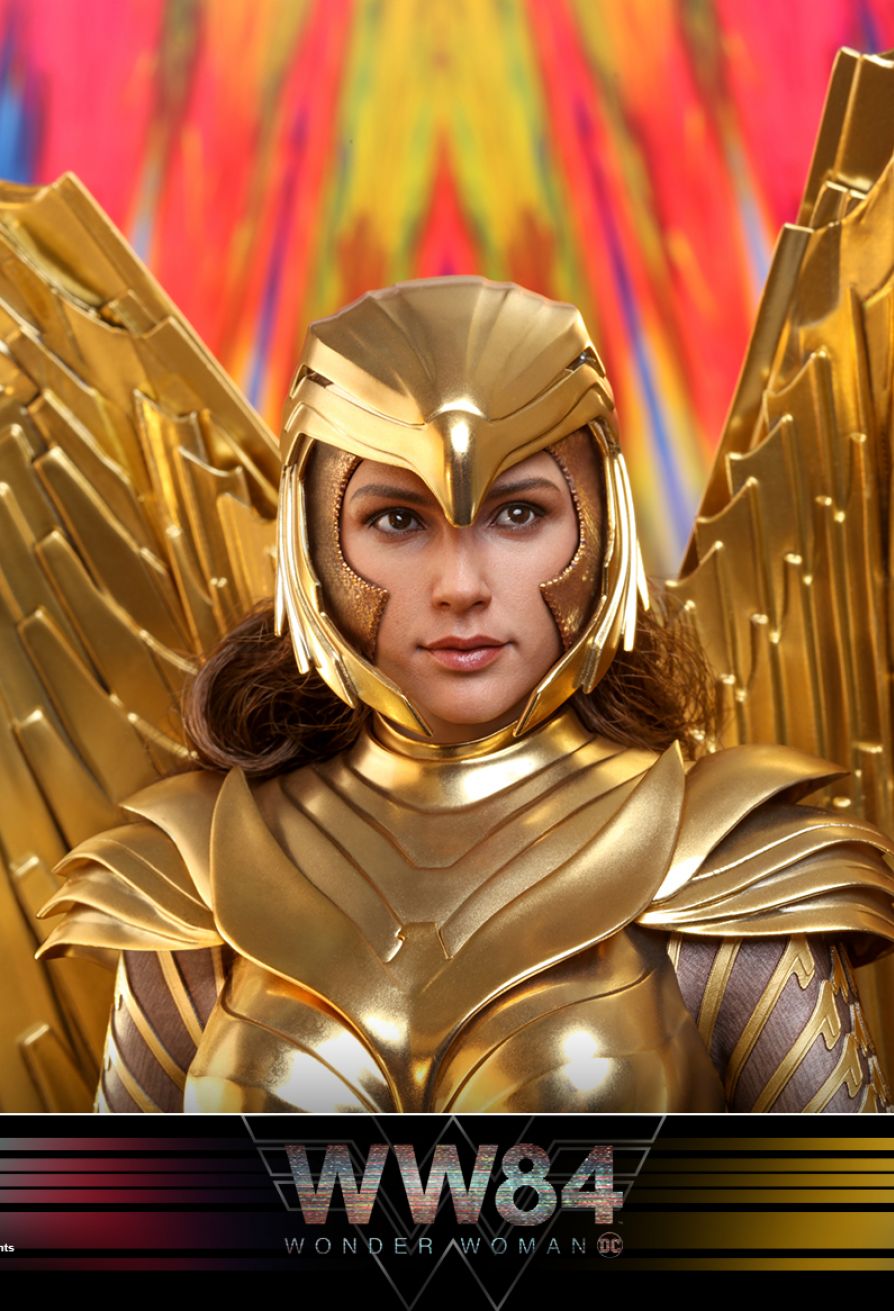 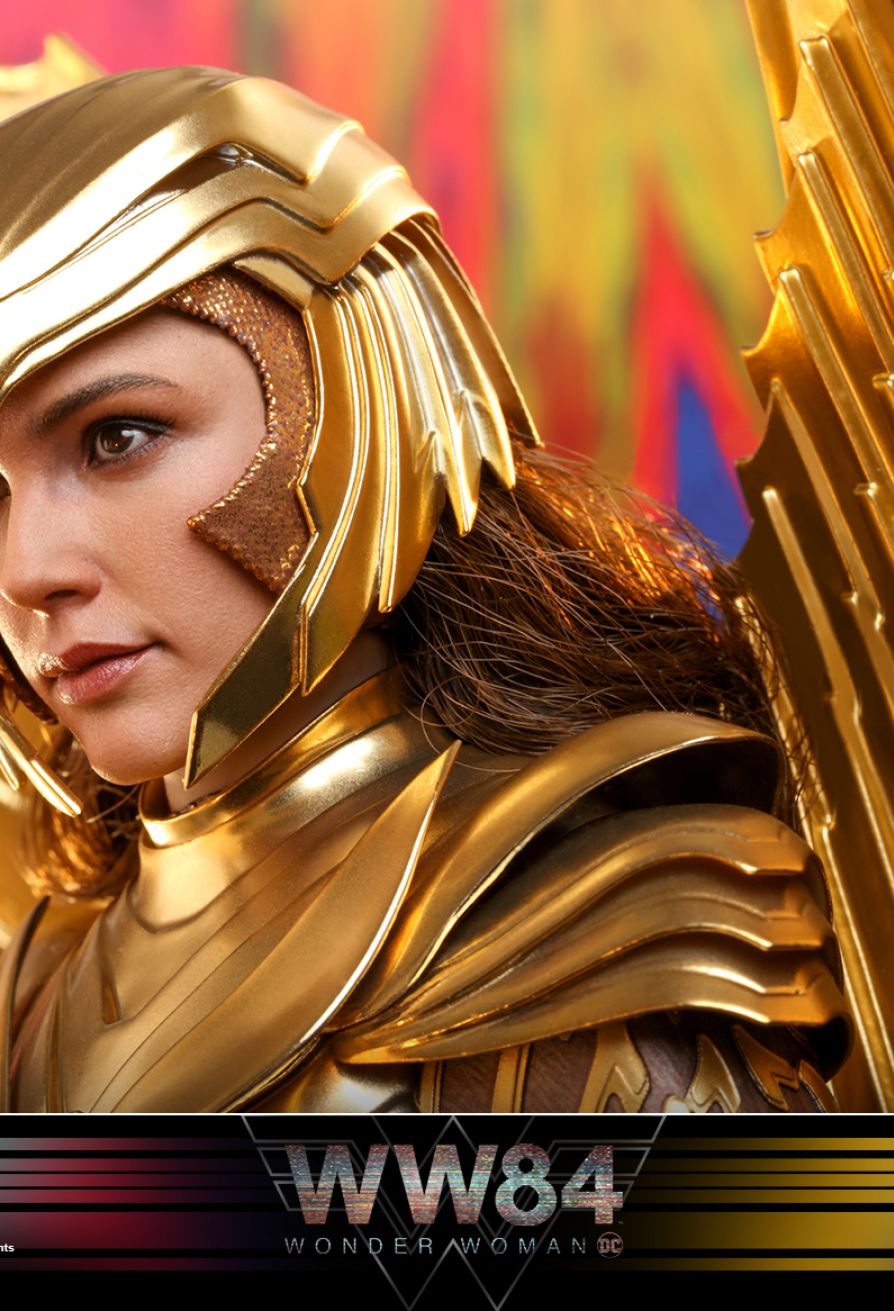 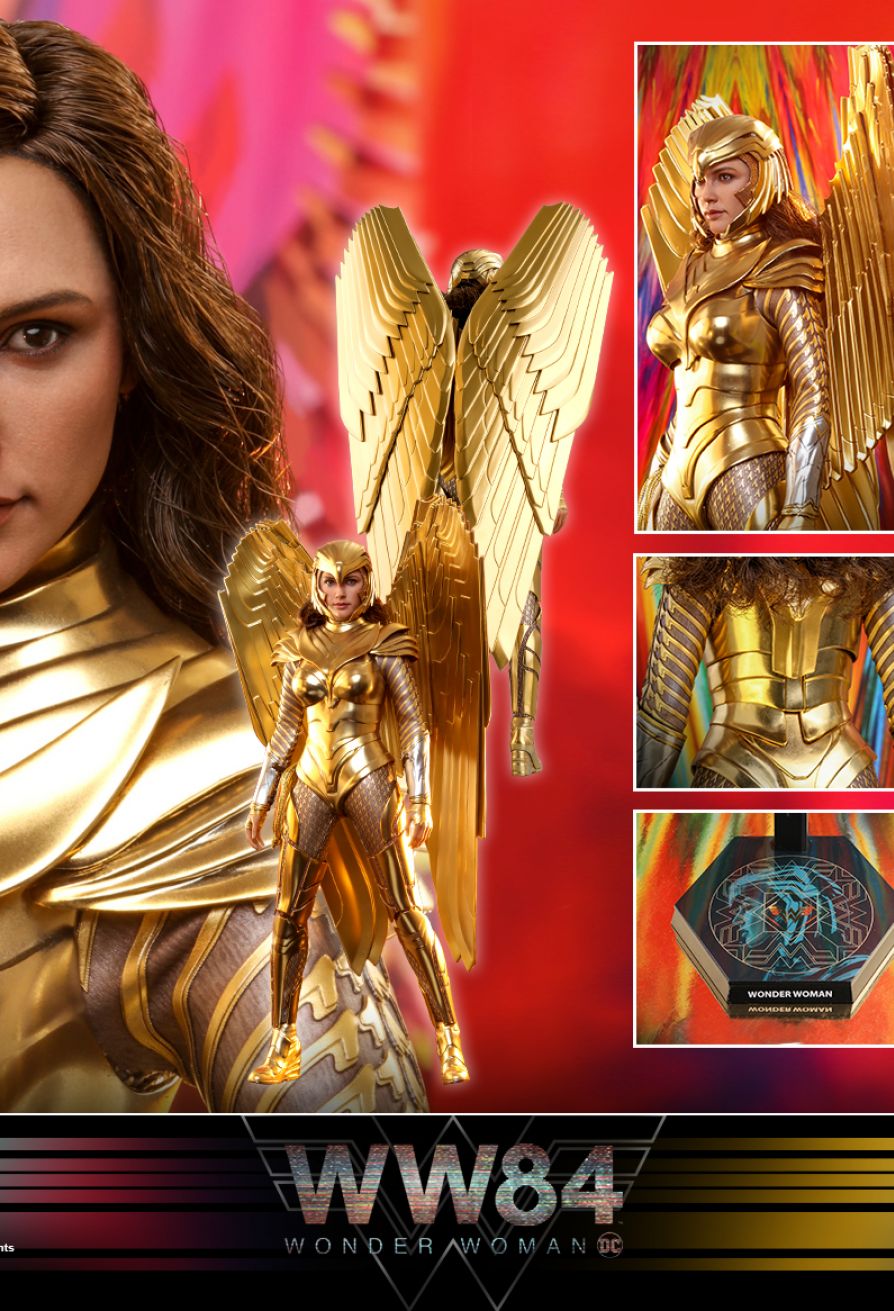 Wonder Woman fights for those who cannot fight for themselves, whose strength defies challenge and whose courage shines is now back to save the day once more. Inspired by Wonder Woman 1984, Hot Toys presents the Golden Armor Wonder Woman Sixth Scale Collectible Figure that faithfully reproduced the Warrior Princess and her legendary armor with startling detail.

The movie-accurate figure is skillfully crafted based on the image of Gal Gadot as Wonder Woman in the movie, features a newly developed head sculpt with long curly dark brown real fabric hair, a specialized body tailored for Wonder Woman, a set of massive armor wings in natural position, with each piece of the Golden Eagle Armor flaunts a subtle metallic shimmer, a shiny helmet, Wonder Woman’s signature weapon “Lasso of Truth”, and a specially designed figure stand.

Gear yourself up for this exciting film and expand your DC collection with the Wonder Woman figure!