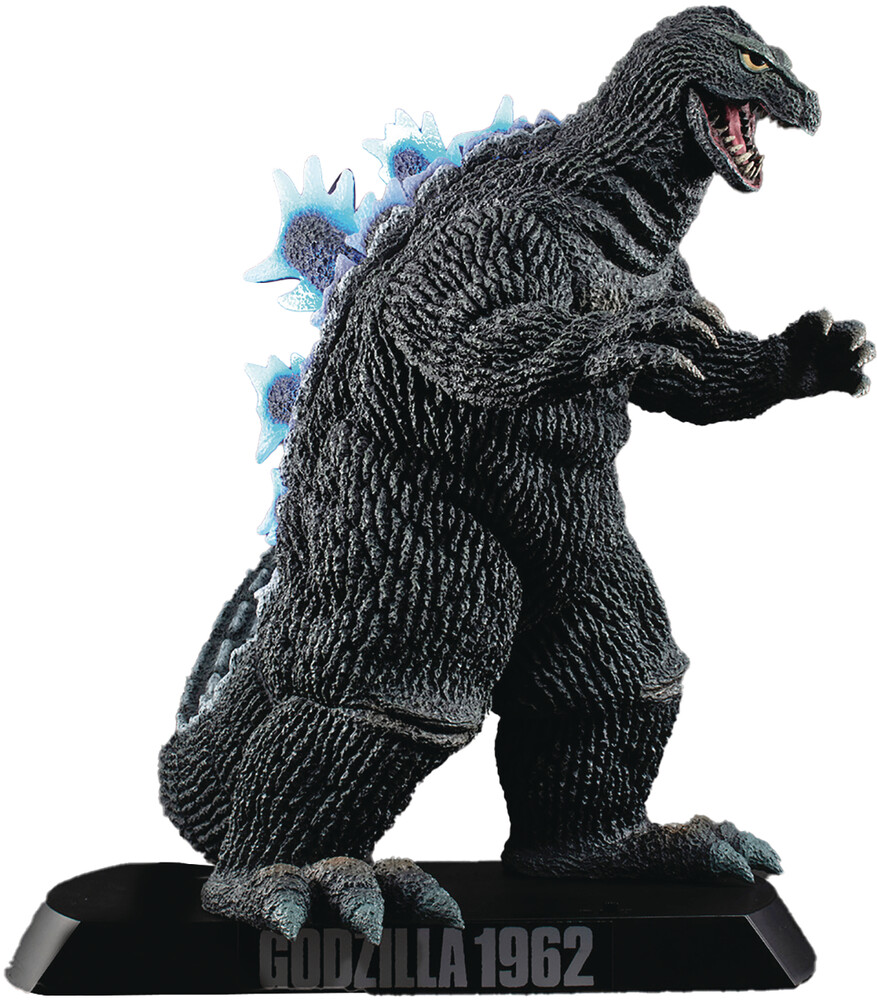 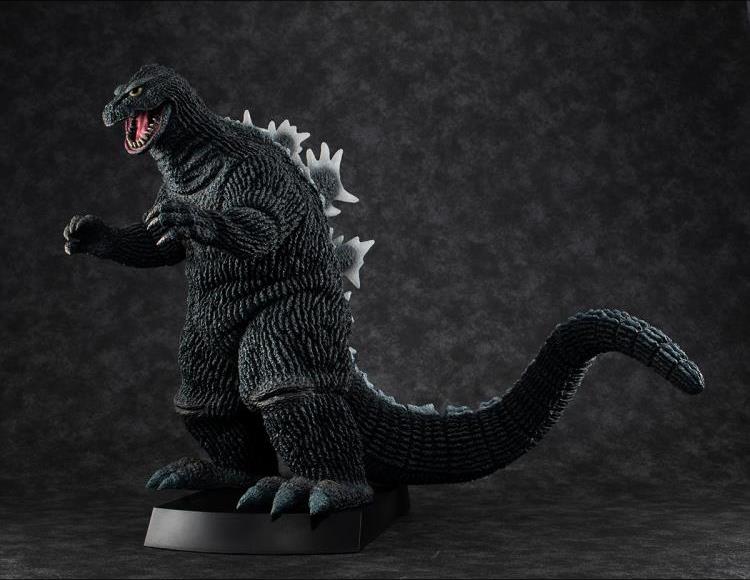 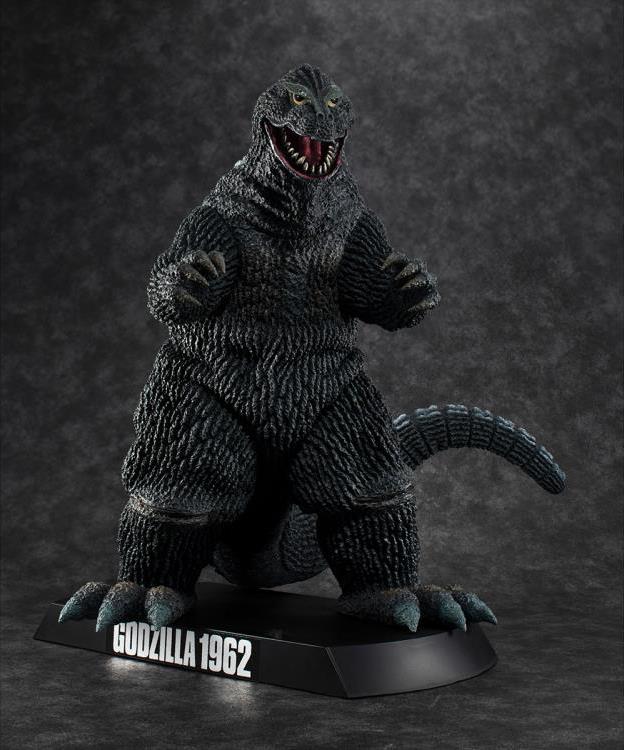 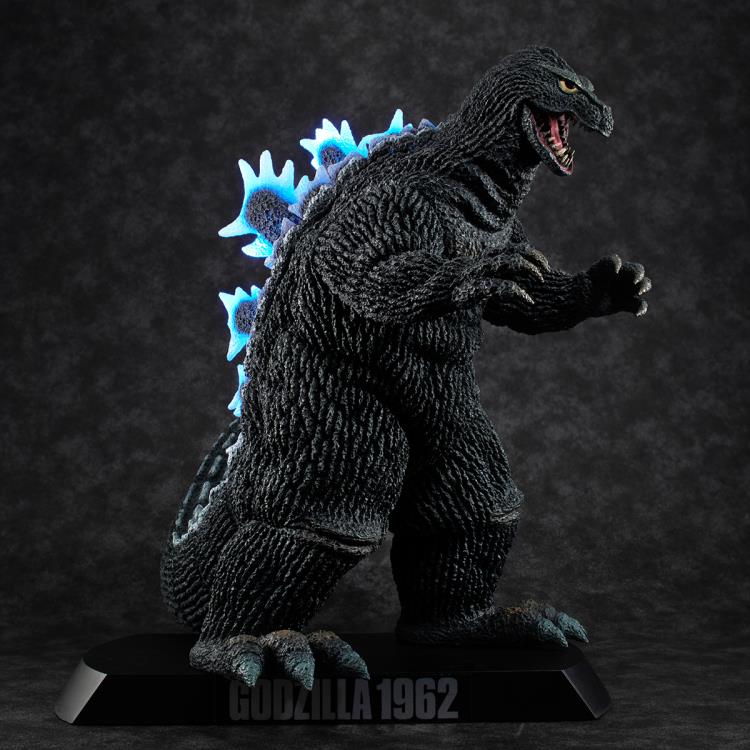 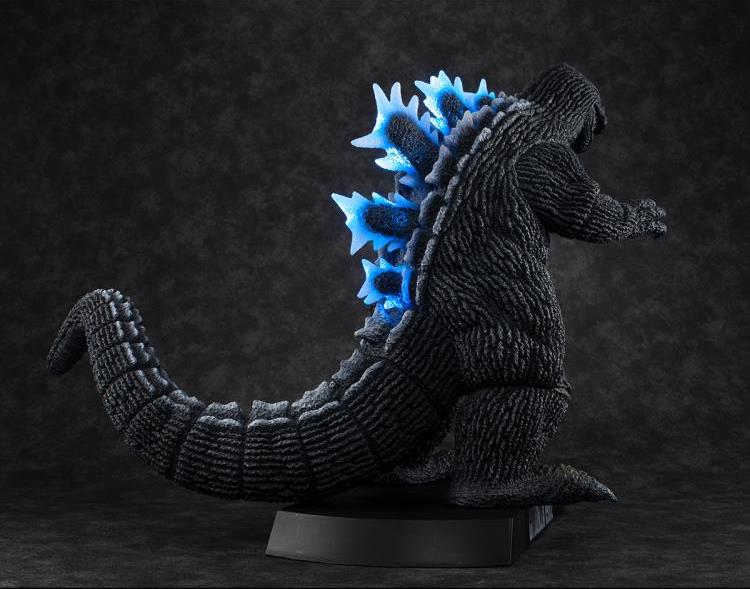 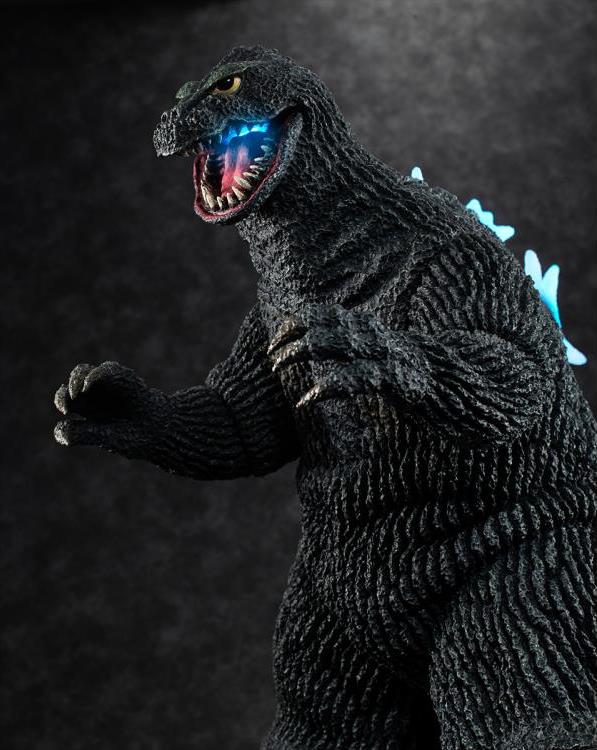 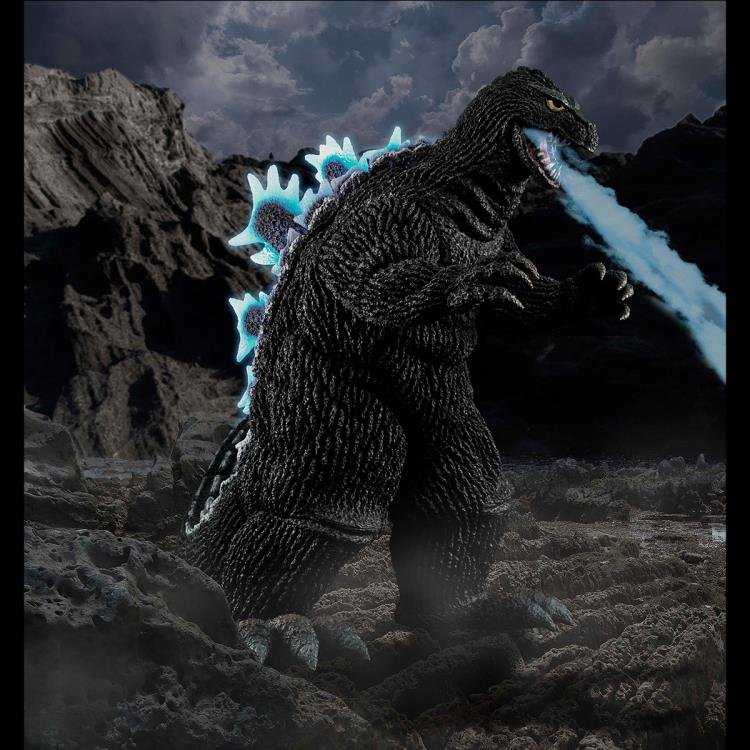 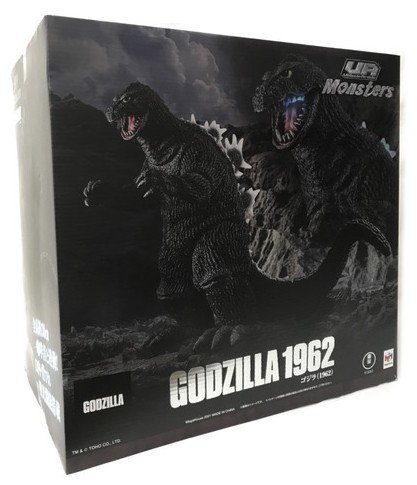 In celebration of the release of the new Godzilla vs. Kong film comes an Ultimate Article model of Godzilla from the classic 1962 film! In the film Godzilla fought a fierce battle with Kong at the foot of Mt. Fuji and Atami Castle - this version of Godzilla is nicknamed "KingGoji" by fans and is one of the most popular Godzilla designs of the Showa era!

His iconic reptilian face, massive build with thick legs, the dorsal fin and rough skin - everything about KingGoji's unique appearance has been captured in a stunning 30cm scale model!

The model also features a light-up effects and sound effects. There are two different settings - the first of which lights up the dorsal fins with a pale blue light while the second setting lets off a powerful Godzilla roar while the light runs down the dorsal fins and the mouth flashes with light.

Be sure to add the ultimate model of the Showa Godzilla to your collection!