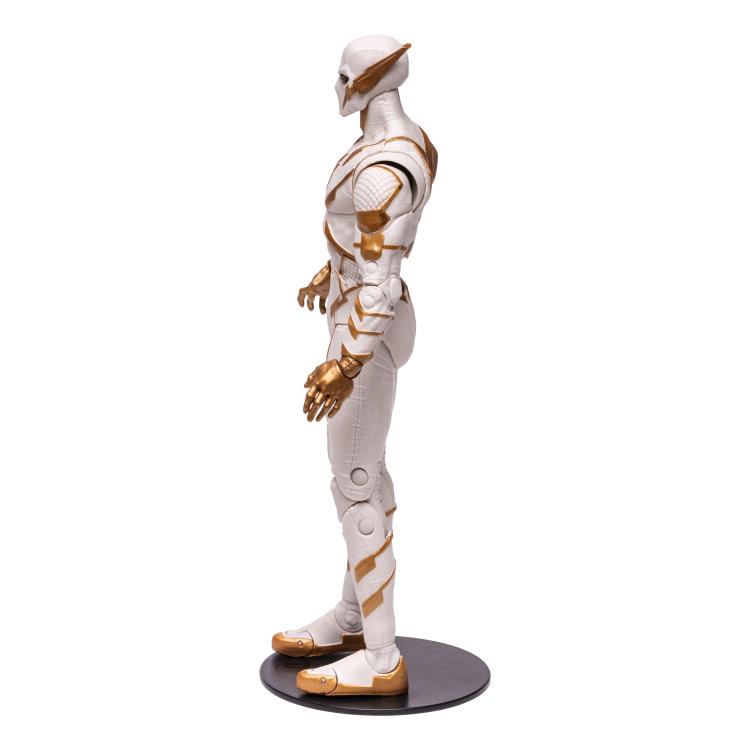 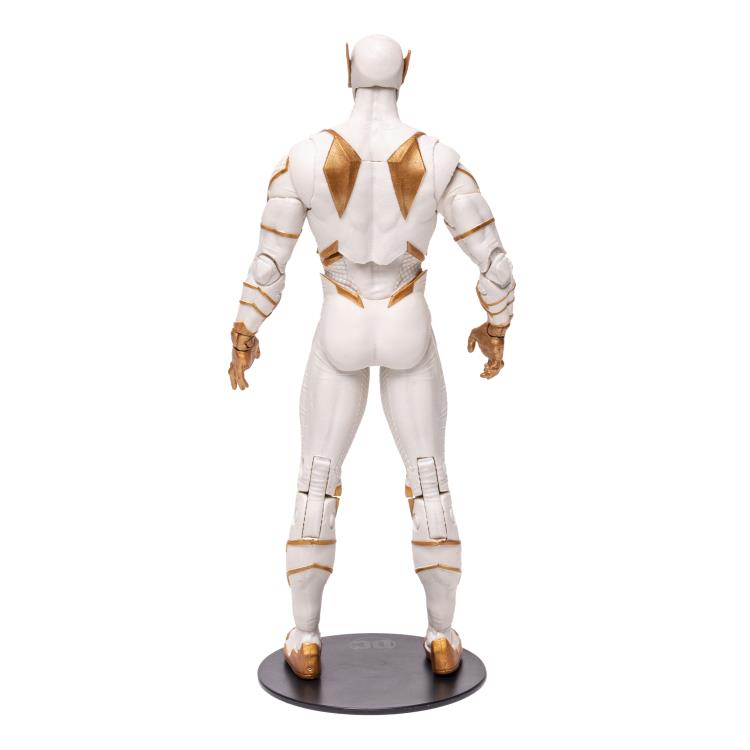 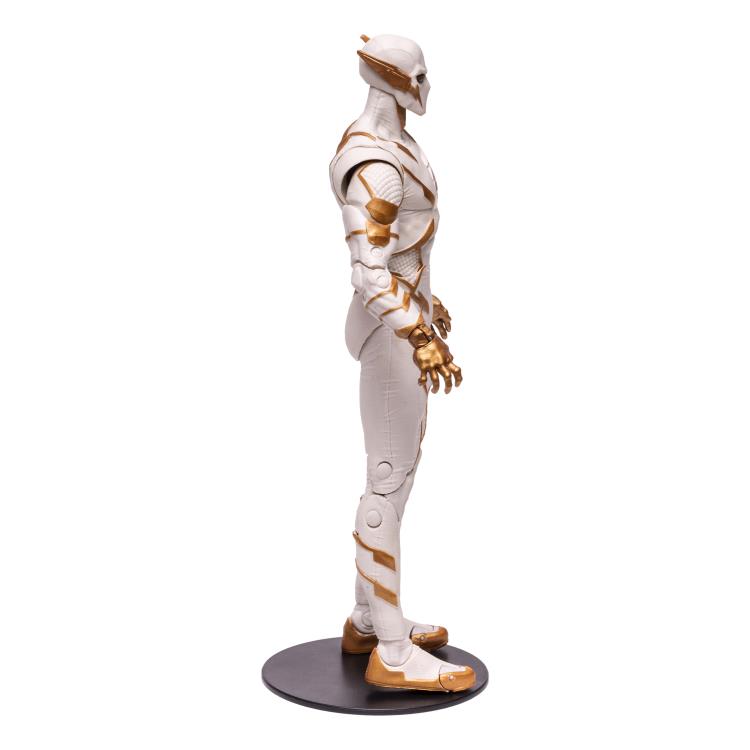 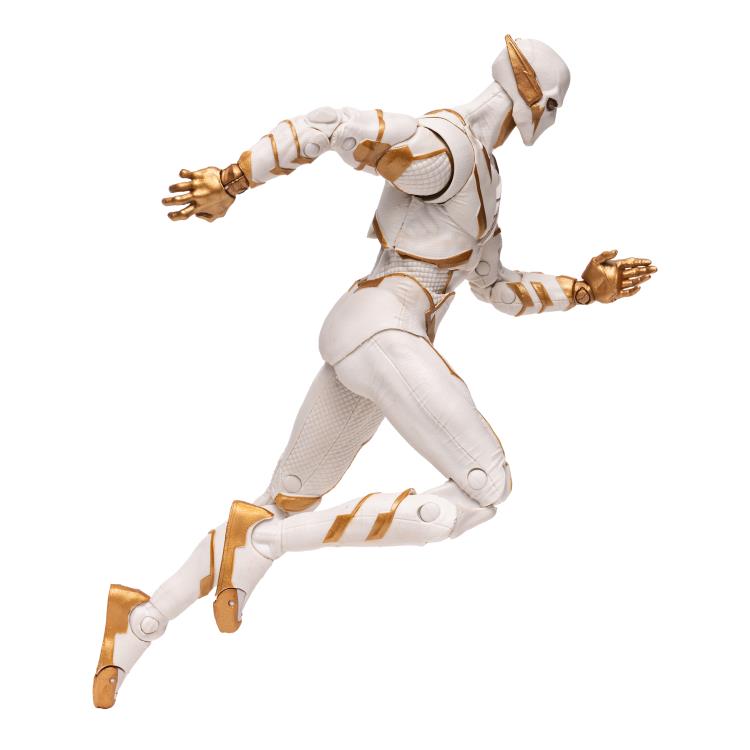 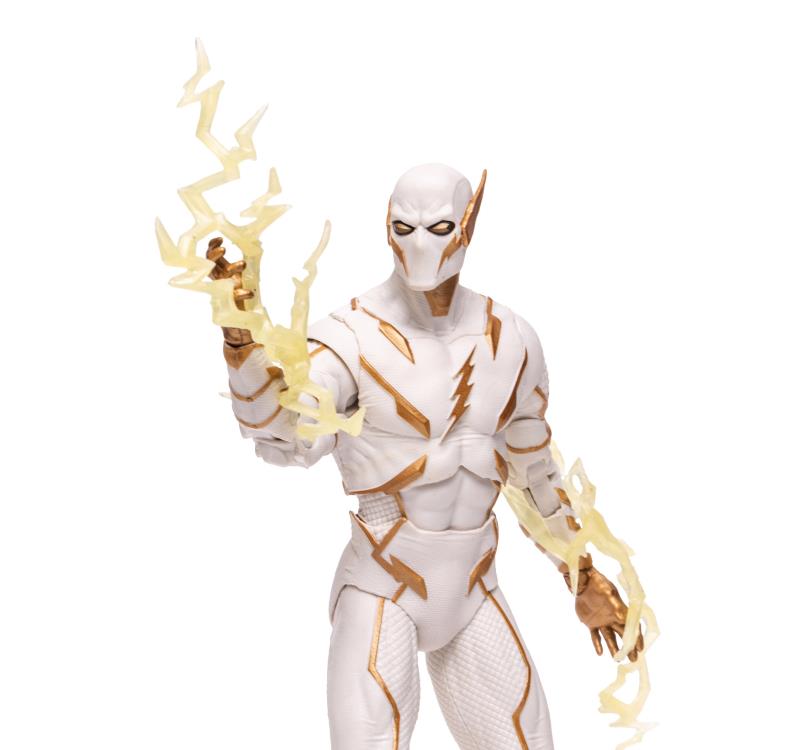 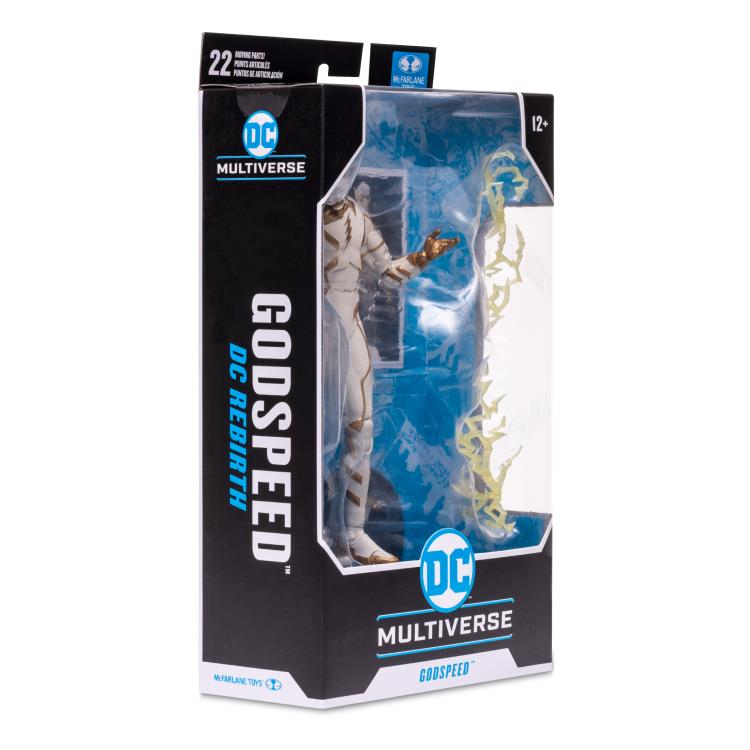 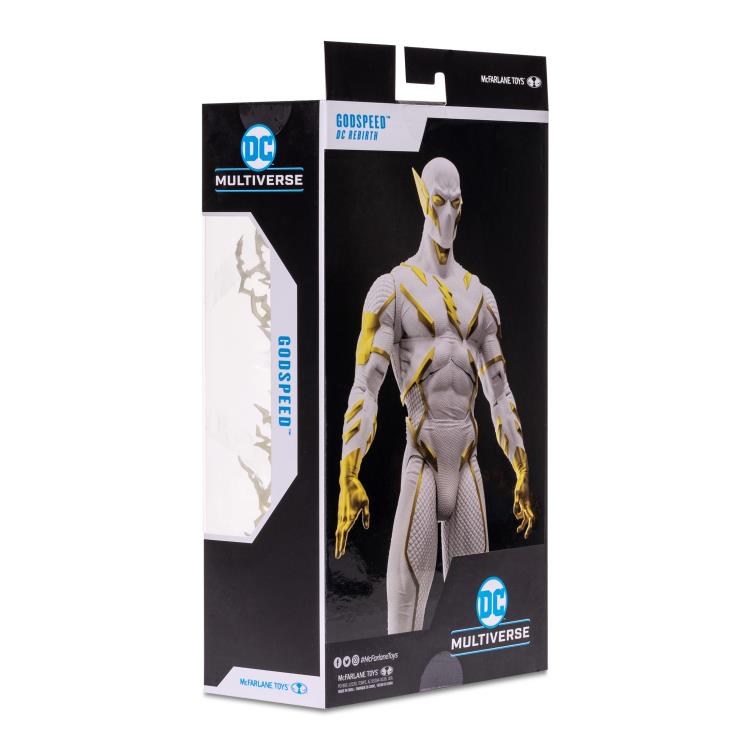 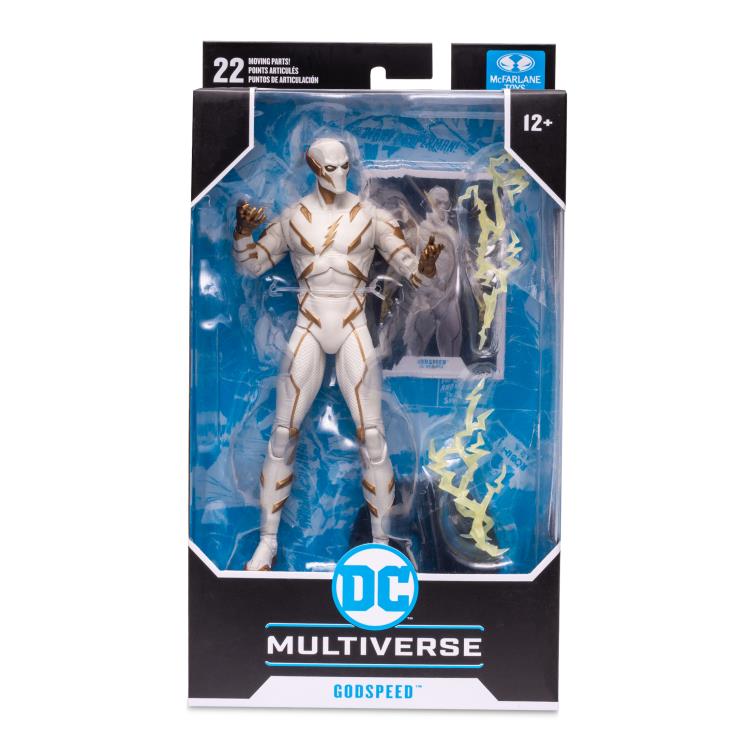 August Heart is a former colleague and friend of Barry Allen at the Central City Police Department. While investigating his brother's death, August is shot at by an operative of the criminal organization Black Hole. But, due to the organization's experiments with the Speed Force, a bolt of lightning strikes August just before he’s hit. Now, able to tap into the extra-dimensional energy of the Speed Force, August is given the superpowers of a speedster. Donning the name Godspeed, August takes justice into his own hands, destroying criminals with impunity until he’s stopped by The Flash.

These 7-inch scale figures are designed with McFarlane's signature Ultra Articulation with up to 22 moving parts for full range and posing. Each DC Multiverse figure includes a collectible art card with artwork on the front and character biographies on the back.