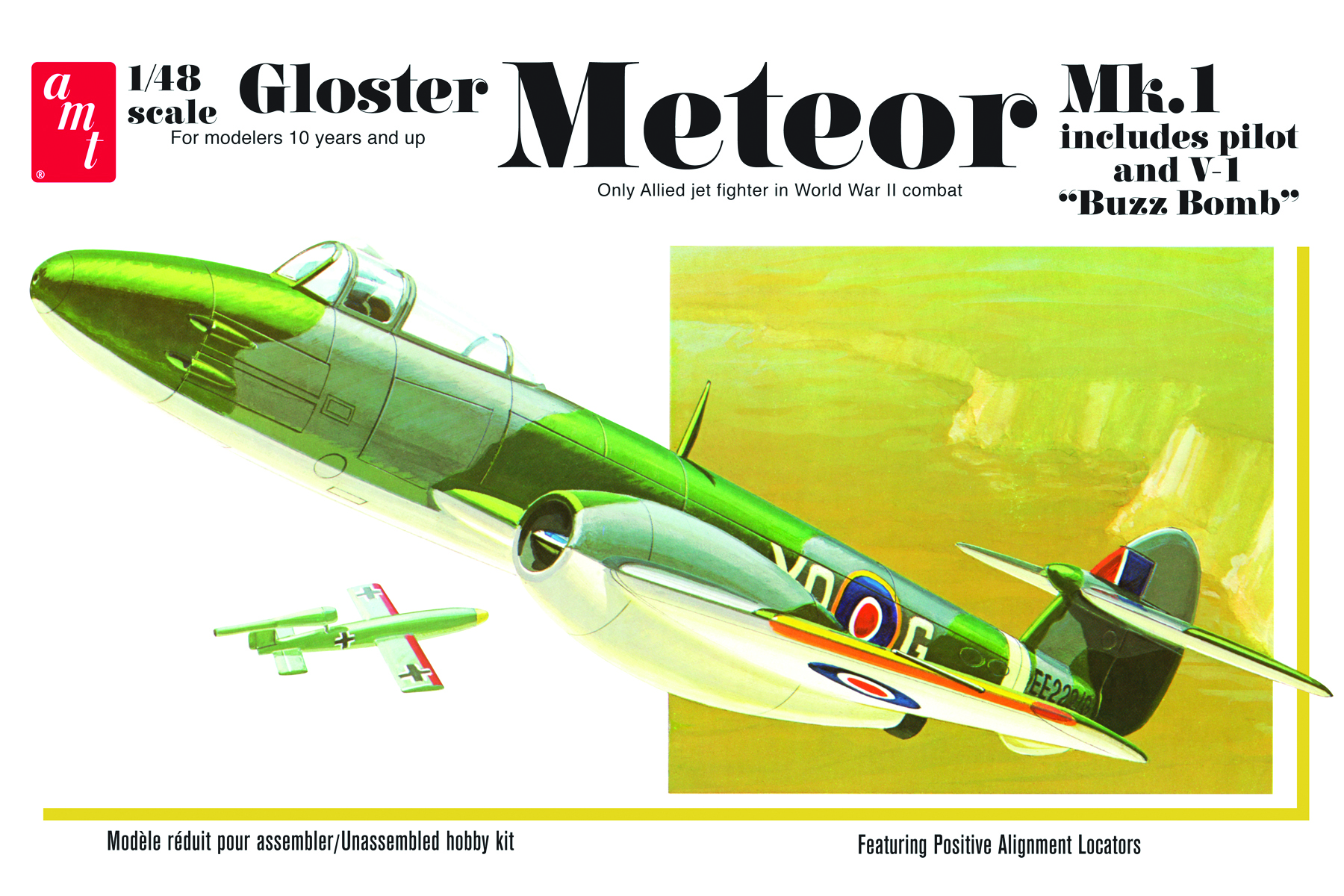 Britain's Meteor was the first jet aircraft to enter service with the RAF, and the only Allied jet fighter operational during WWII. Its combat debut coincided with that of the Luftwaffe's Me 262, the Meteor nosing out the German jet sensation for first in action  honors by about a week. The name Thunderbolt  was initially assigned to the Meteor, but was changed to avoid confusion with the American P-47, which carried the same destination. Each of these aerial adversaries is significant in military aviation history: the Meteor ? first operational jet fighter; and the V-1?first weapon of the modern missile age.