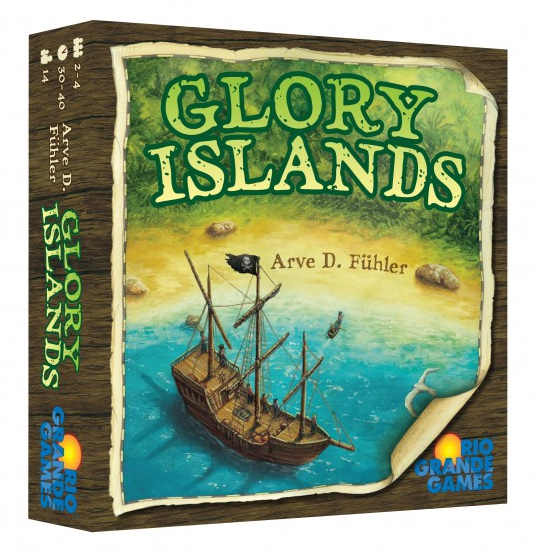 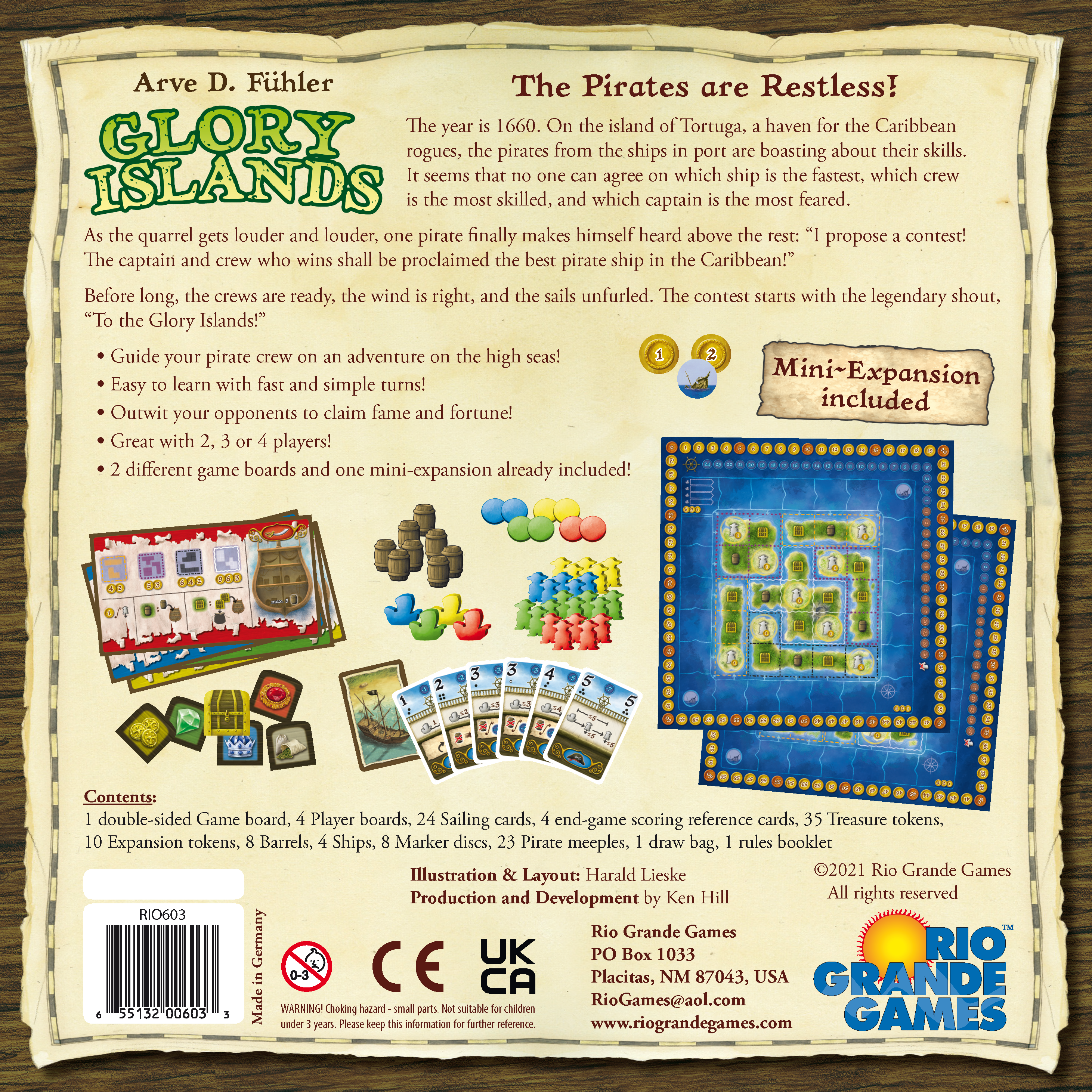 The year is 1660. The pirate ship crews are determined to find out who is the best captain amongst the pirates. A contest will be held to crown the "King of the Pirates!"

Glory Islands features easy-to-learn rules and fast, simple turns! You must outwit your opponents to claim fame and fortune. It has two different game boards and also includes a mini-expansion in the main game box. Glory Islands plays in about 45 minutes for 2-4 players.

Glory Islands is played over a series of rounds in which players simultaneously play sailing cards from their hands. The card values define the turn order, how far ships can move on the board, and where a player’s pirates may be placed on the board. Depending on where they are placed, pirates may receive glory, treasure tokens, or barrels. The cards may also provide bonus actions that players can use to gain an advantage over their opponents. When pirates occupy all of the spaces on an island, the player with the most pirates on that island will gain the most glory.

The game is over when one or more pirate ships have completed the route around the islands. The player with the most glory is crowned the “King of the Pirates”!