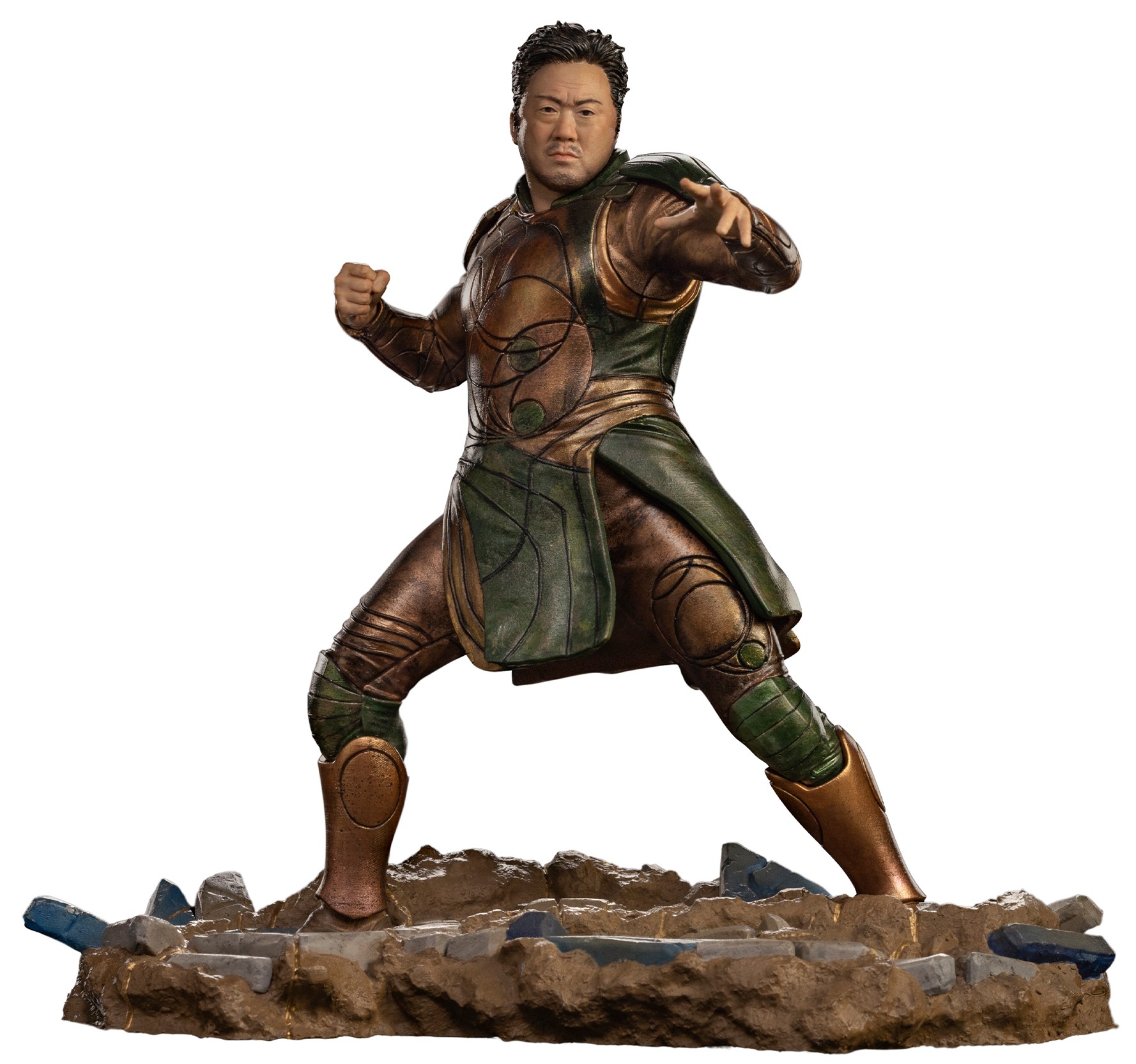 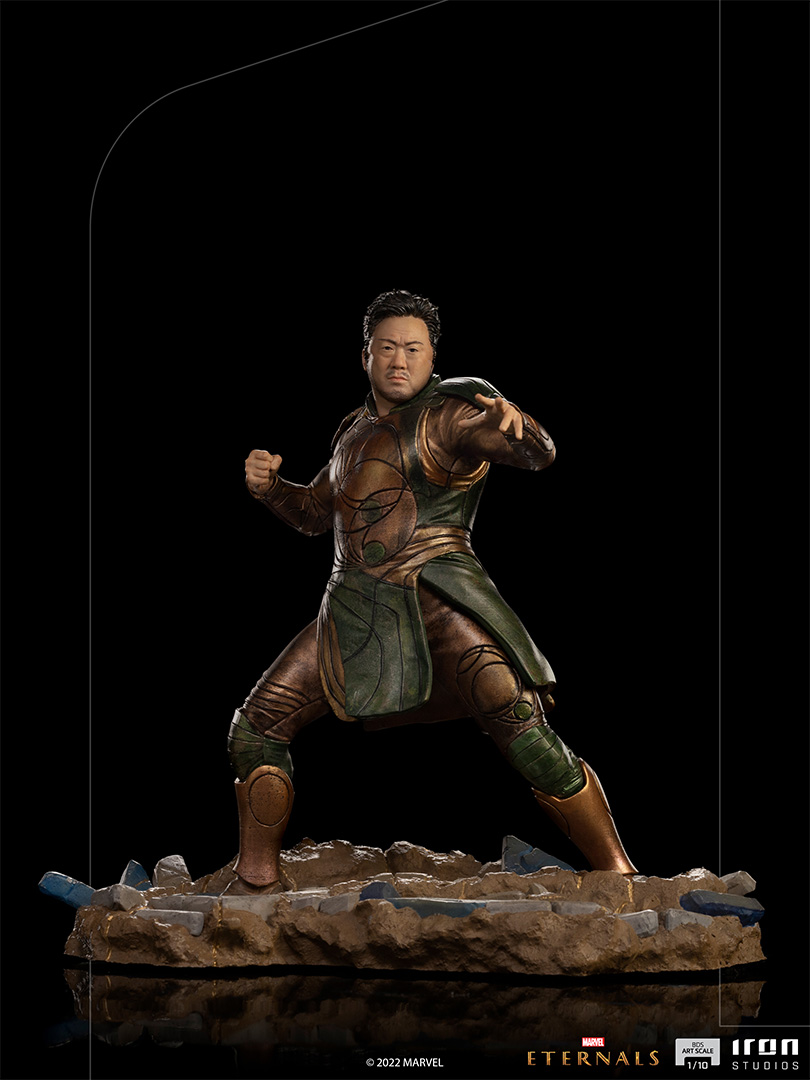 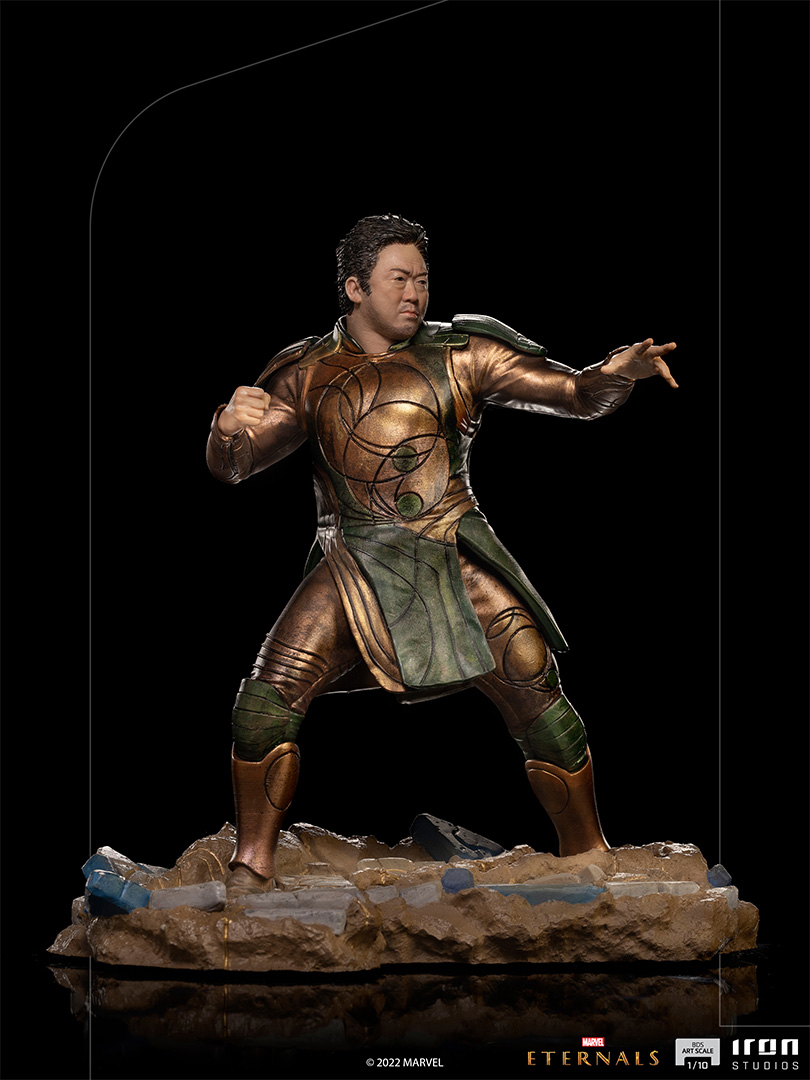 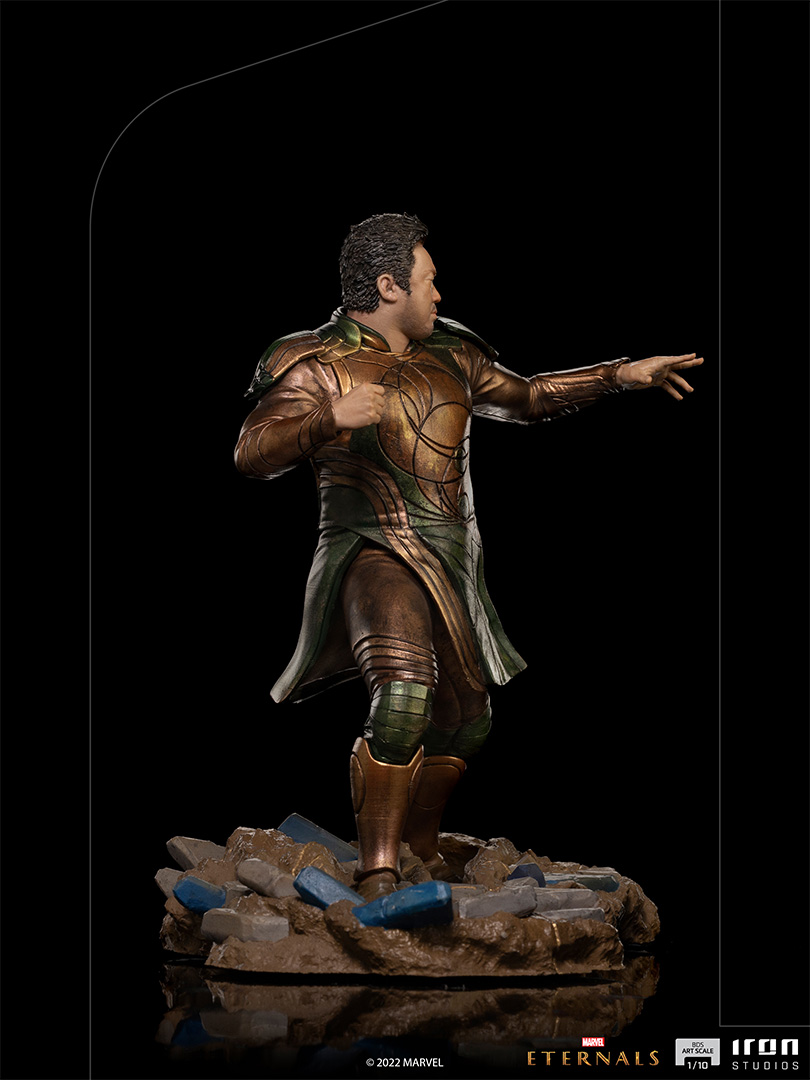 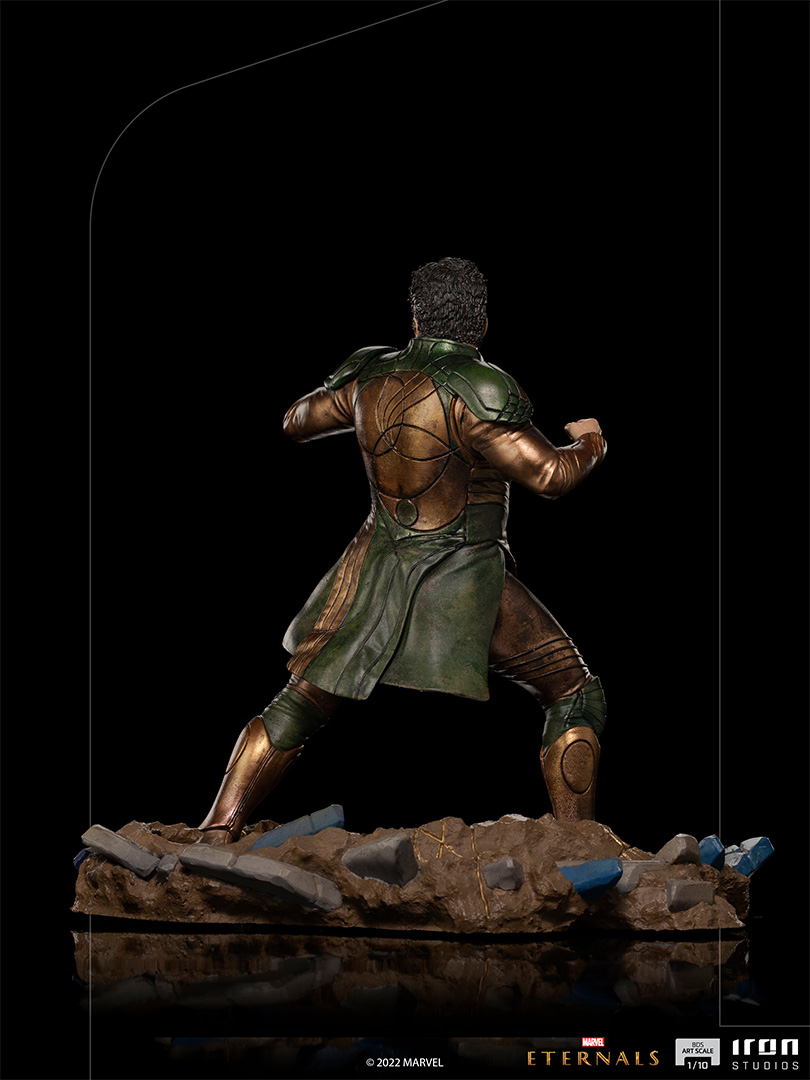 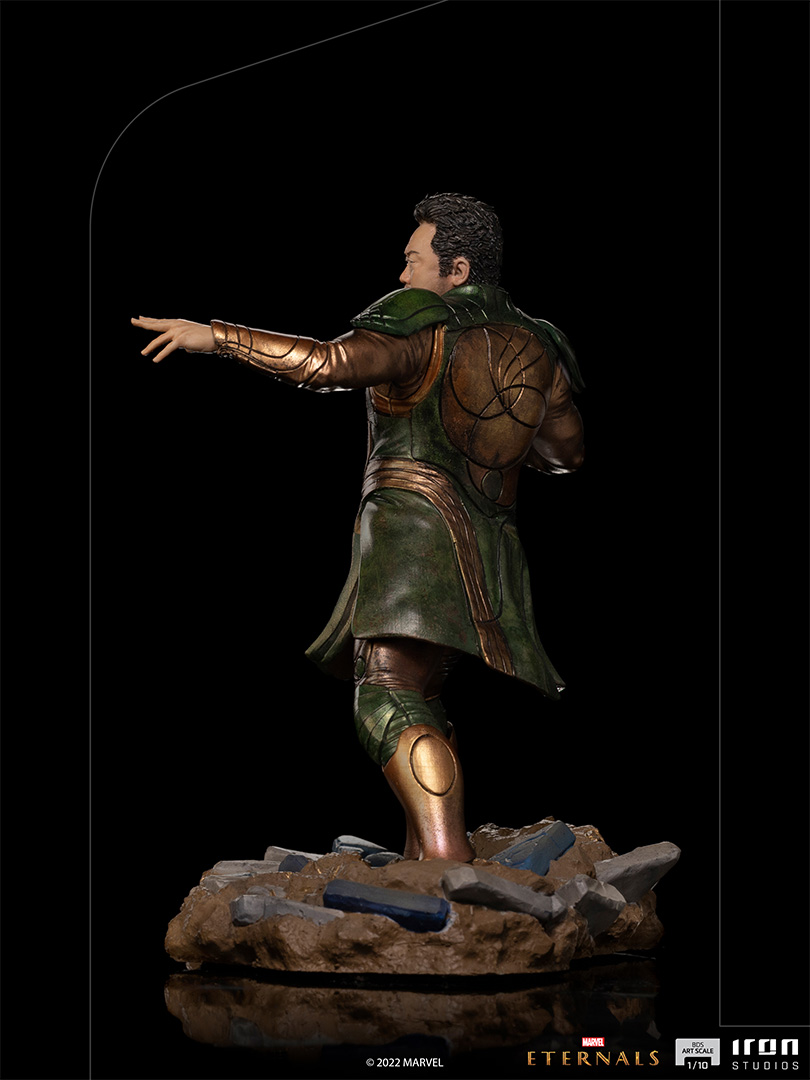 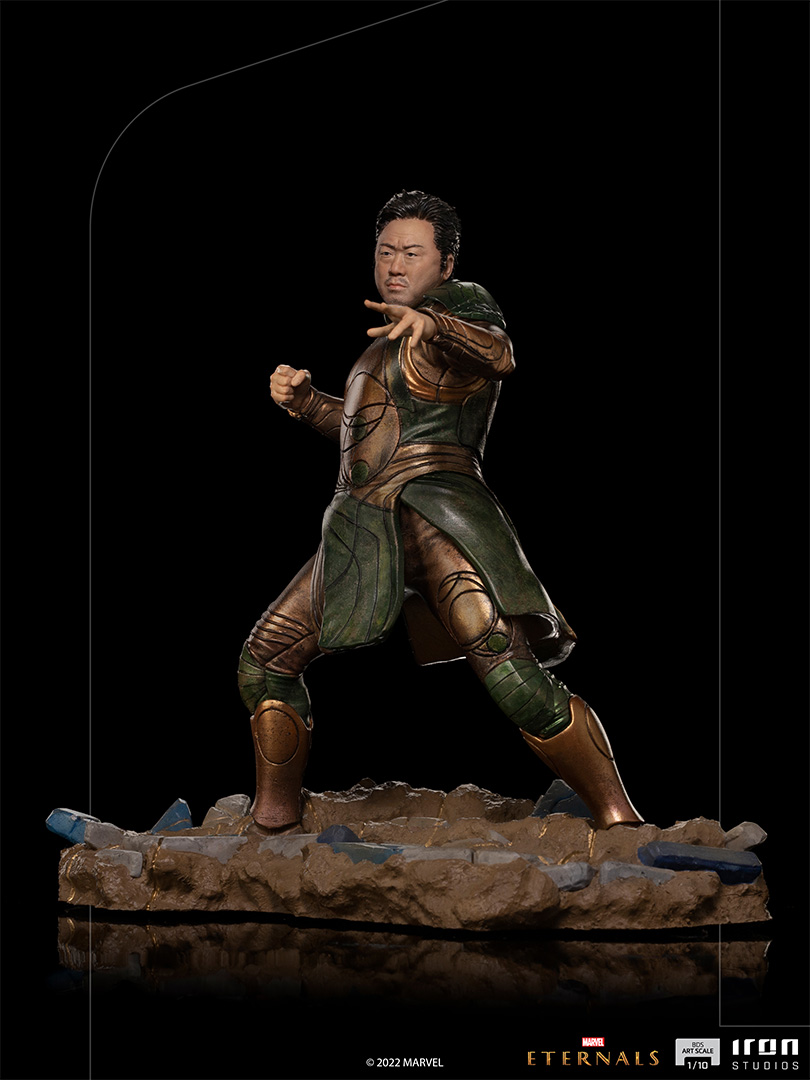 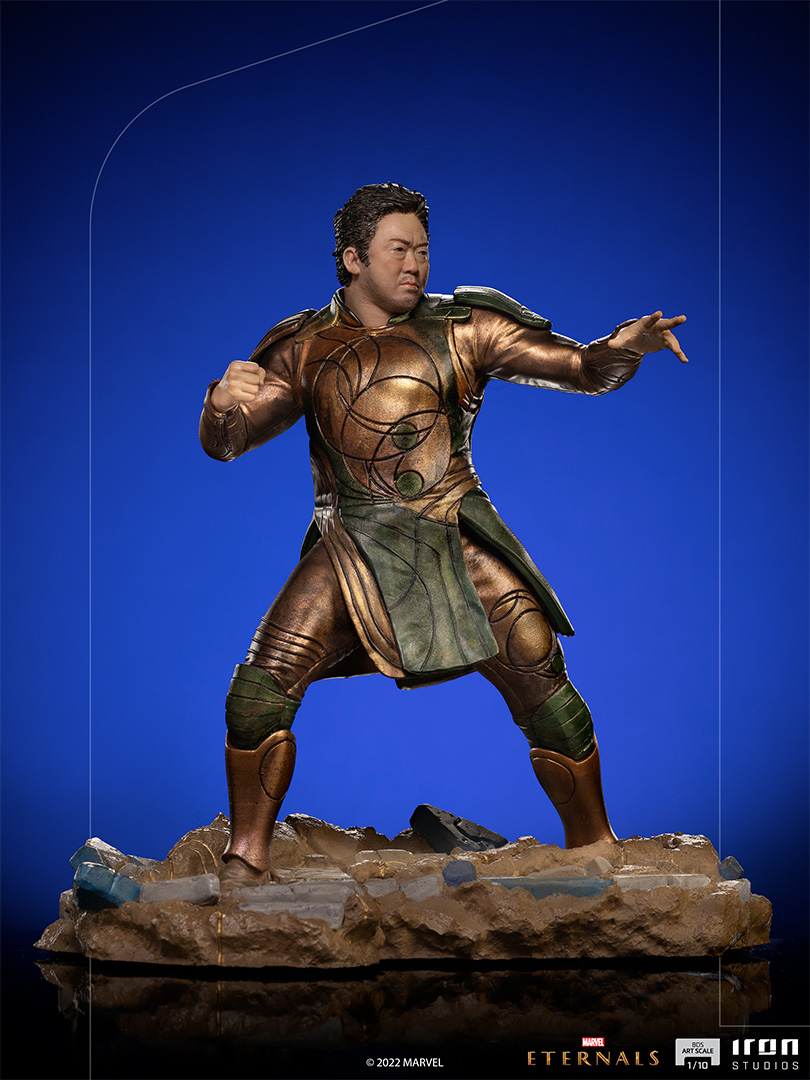 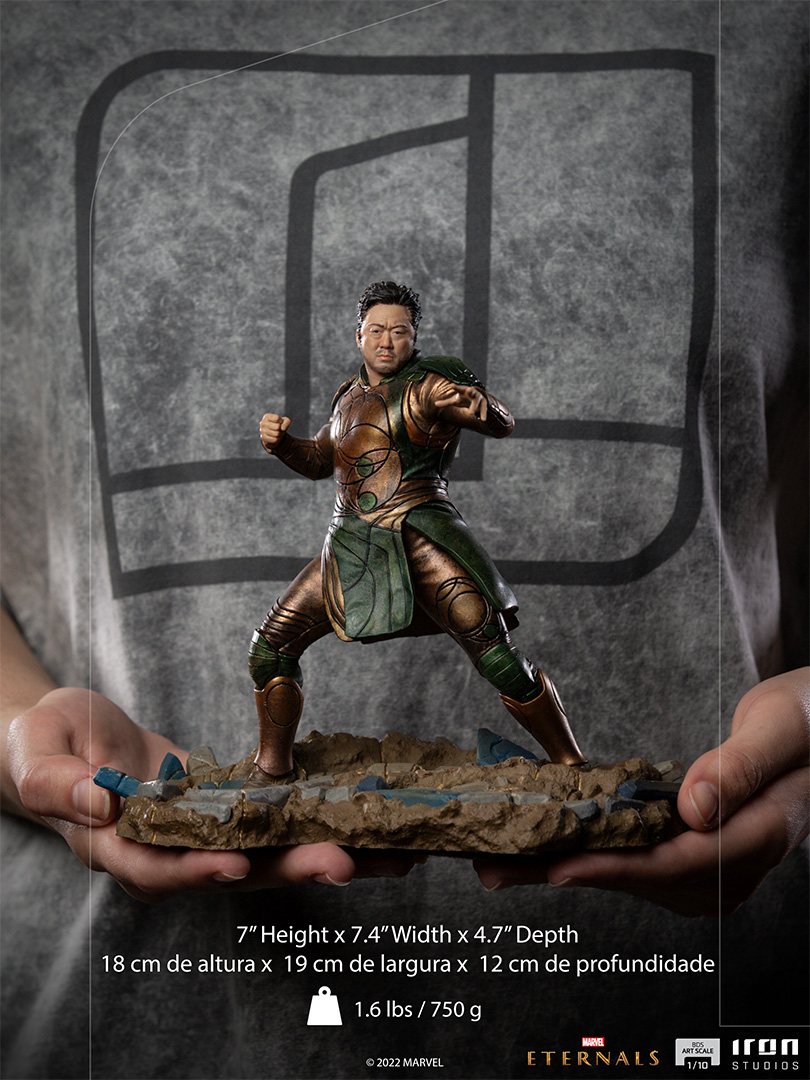 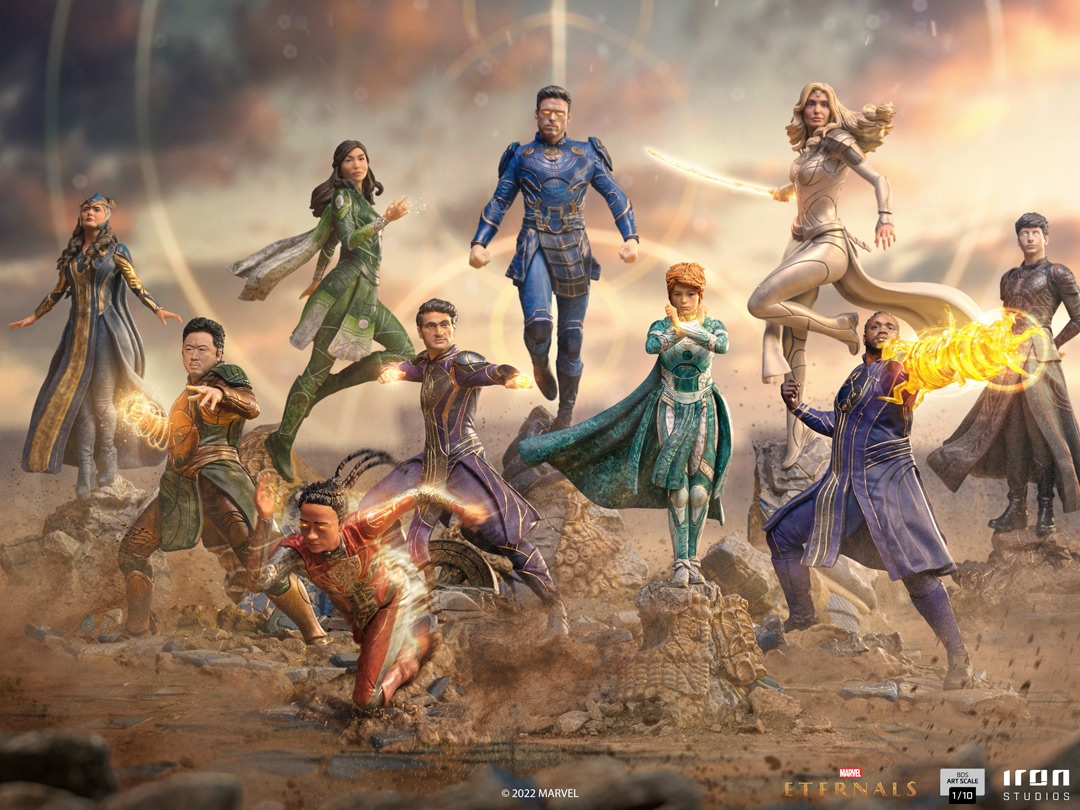 With his right fist closed and ready to deliver a powerful blow, the robust immortal warrior firms his feet between the rocks on his pedestal, staring at the enemy in his battleground. Capable of projecting golden exoskeletons enhanced with cosmic energy to protect his arms and fists, a power that increases his strength and durability, and wearing his green and golden celestial armor, Iron Studios present the statue “Gilgamesh BDS – Eternals – Art Scale 1/10\”, with the strongest and kindest member of the Eternals community.

Played by Don lee, protecting the Babylonian human population in 575 B.C. against Deviants, Gilgamesh’s deeds transformed him into a legend as a hero in Mesopotamian mythology. When King Laufey with the Frost Giants from Jotunheim tried to invade Earth, Gilgamesh and other Eternals fought side by side with the Asgardians led by Odin, and after victory, Gilgamesh received a  secret recipe for beer from the King of Asgard. With the apparent Deviants’ destruction, when he separated from the group, Gilgamesh remained isolated in Australia taking care of Thena, until both reunited with the other Eternals to face the Deviants again.