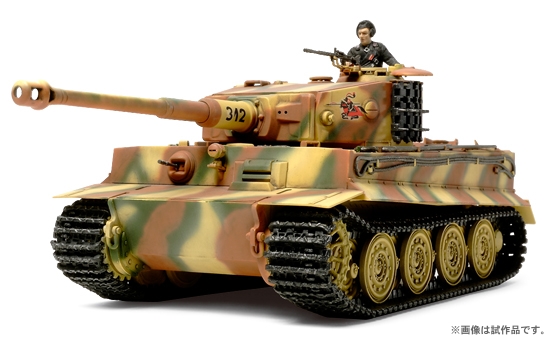 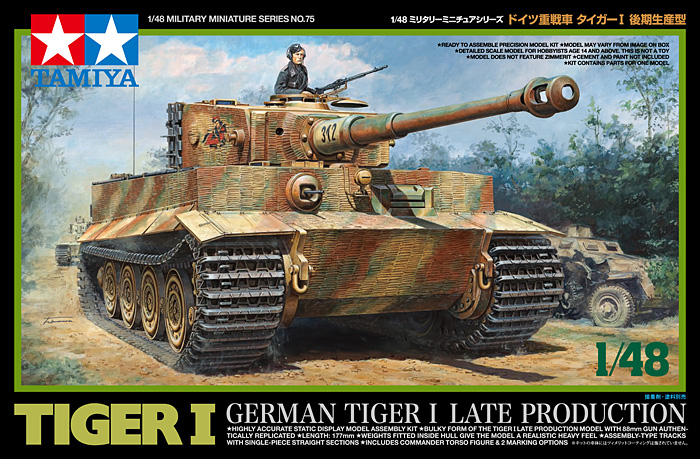 The Tiger I was a constant threat to the Allied forces during WWII, and a single Tiger I was even said to have taken out five Sherman tanks in one battle. The 57-ton hull featured armor that measured 100mm at its thickest, and the 56-caliber 88mm main gun was capable of piercing 110mm of armor at a range of 2,000 meters. It is unsurprising, therefore, that the tank spawned a number of aces including Lieutenant M. Wittman. Around 1,300 Tiger Is were built from June 1942 onwards; the late production version featured additional periscopes on the cupola and large steel road wheels with built-in rubber rings among numerous improvements.

This is a plastic model assembly kit of the Tiger I Late Production.