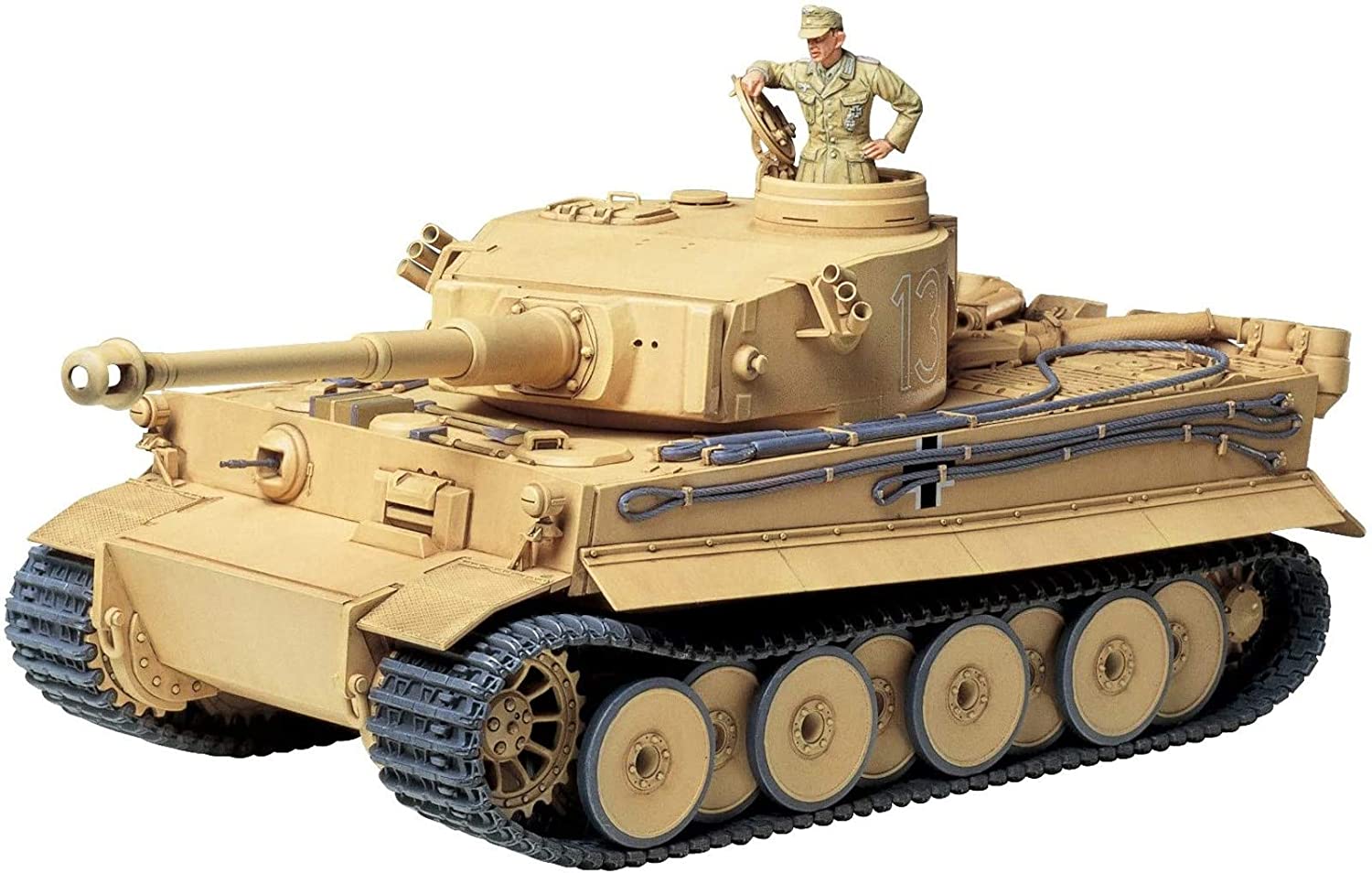 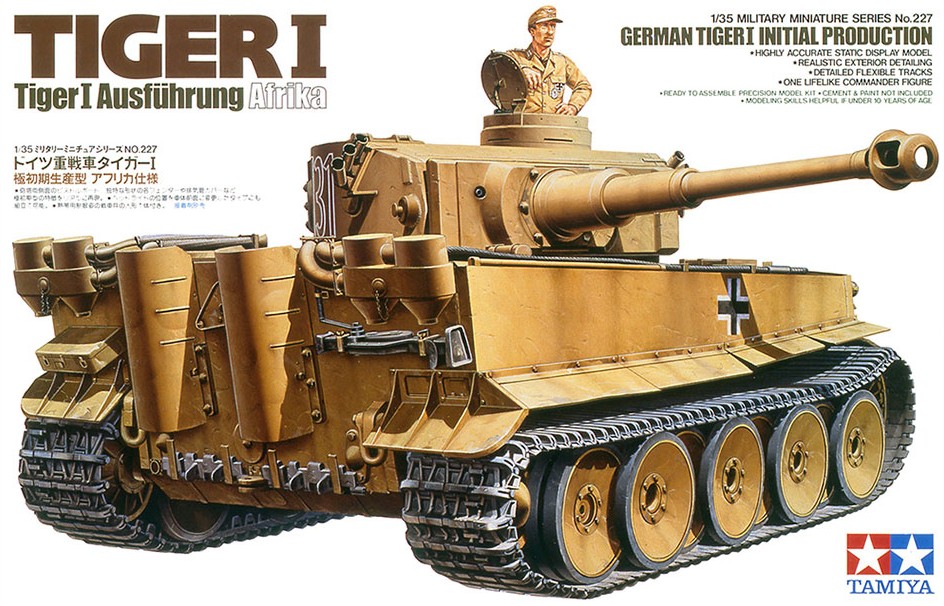 Equipped with a devastating 88mm main gun, it was said that the German Tiger I was the most powerful tank of WWII. This is a plastic assembly model kit of the Tiger I which let the Allies know of its power when it went into battle in North Africa for the first time. Parts of the Tiger I including the pistol ports featured on both sides as well as the gun turret equipped with a tool box and the angled front fender have been precisely remodeled to depict the initial production variant of the Tiger I. Furthermore, the exhaust cover with radiator slits seen at North Africa has been accurately reproduced. Four kinds of markings to depict Tiger I of the 501st Heavy Tank Battalion as well as one crewman figure are included in the kit.