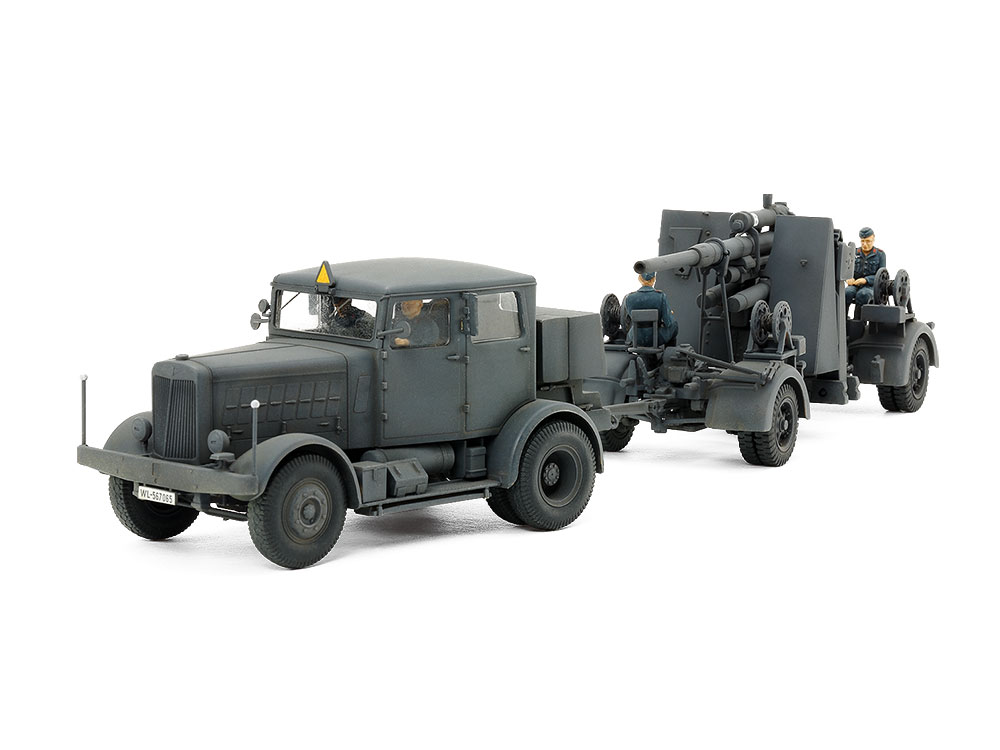 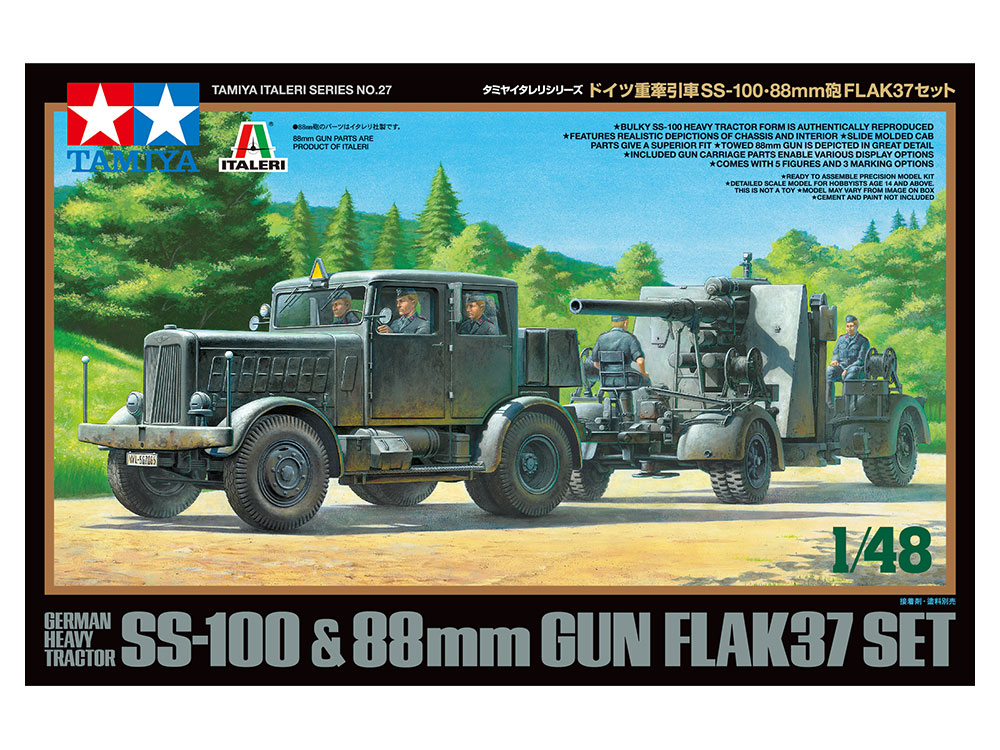 The SS-100 was a heavy tractor used by German forces from the mid-1930s, originally a commercial design but also effective in military service throughout WWII thanks to an ability to haul up to 20 tons. Among a wealth of candidates, one of its passengers really stands out - the mighty 88mm gun, which was used against Allied forces with devastating effect. The Flak37 was a powerful 1937 variant, with sights updated from predecessors, and a large shield added from 1940.

*88mm gun parts are a product of Italeri.