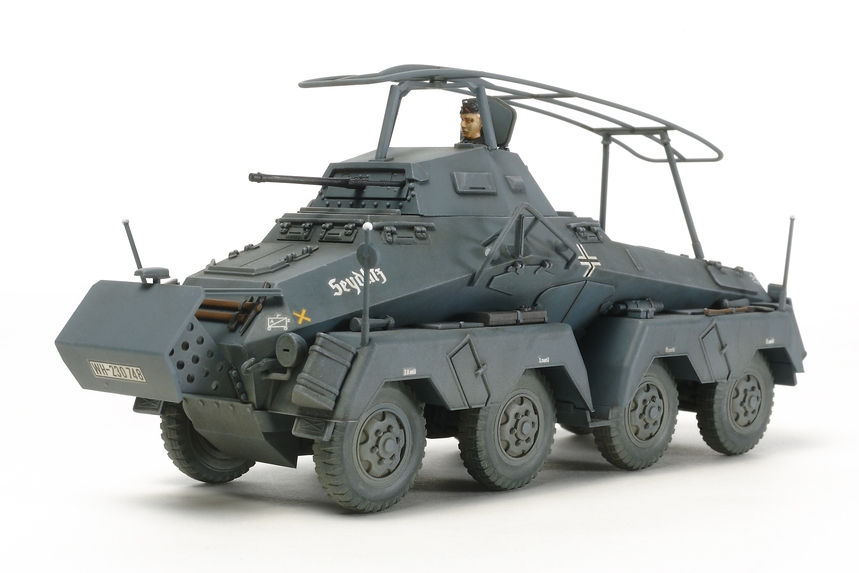 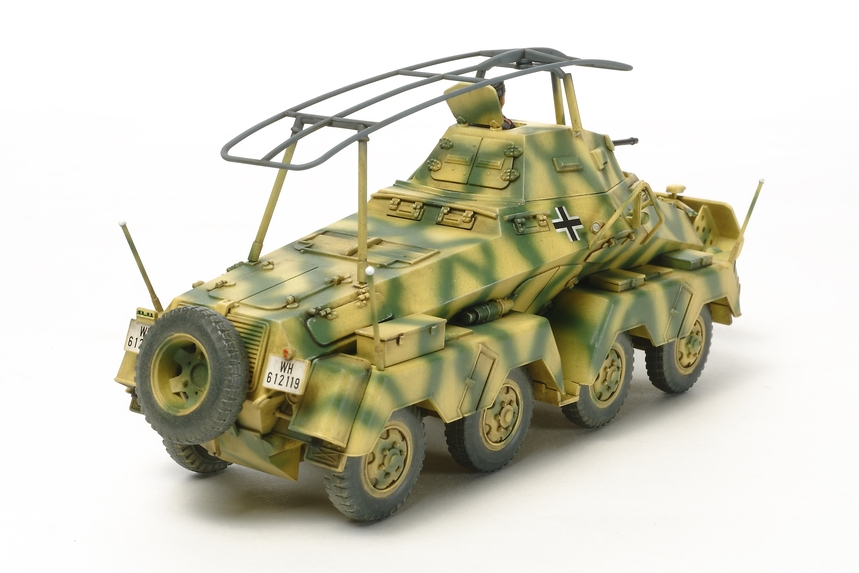 During the first half of WWII, German reconnaissance units greatly used the Sd.Kfz.231 series heavy armored car. Above all, the Sd.Kfz.232 was equipped with a Fu.11 radio and featured a large frame-type antenna mounted on the body. It also came armed with a KwK30 20mm cannon and an MG34 machine gun mounted on its turret. The 8-wheeled Sd.Kfz.232 had an on-road top speed of 90km/h, featured elaborate front and rear driving positions, and a superb 8-wheel drive system. These 8-wheeled armored cars were deployed to armored reconnaissance battalions of Panzer divisions and served as the eyes of the German army from Europe and North Africa to the Russian front. The Tamiya 1/48 scale model kit carefully captures all the fine detail of the full size subject. This subject was only previously available in 1/35 scale and it's now part of the Tamiya 1/48 scale model collection.