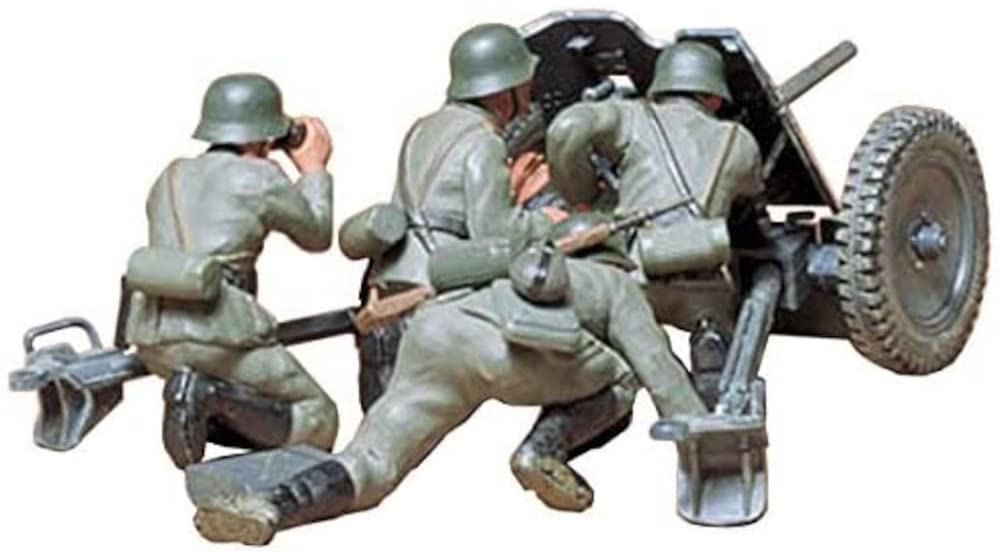 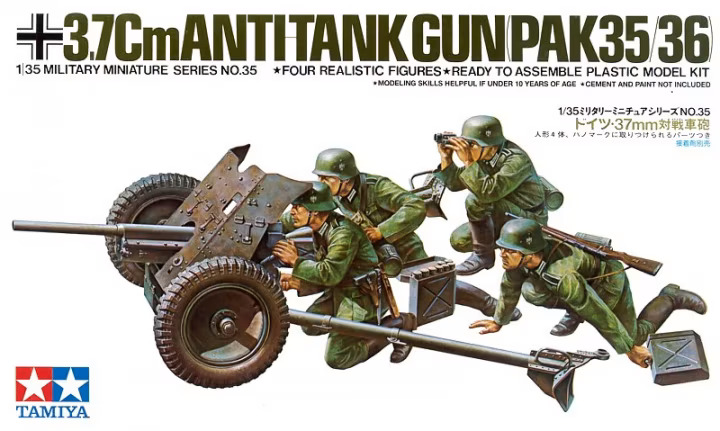 It was in 1934 that the German Army ordered Rheinmettal A G to develop a new 3.7cm anti-tank gun. Rheinmettal ranked beside Krupp as the biggest gun maker of Germany and already manufactured the first 3.7cm anti-tank rapid firer in 1918. In 1935, Rheinmettal finished designing the new anti-tank gun. The overall weight was 450kg. Having two rubber-tired wheels, torsion bar suspension system and two rear trail legs, the gun could be easily moved by only a few men. A gun shield of 4mm thickness was fixed for the protection of the gun crew. The gunner was on the left side of the gun and could traverse it by 60 degrees both ways, elevate by 25 degrees and depress by 8 degrees. The loader was on the right side of the horizontal sliding breech block and the gun could make continuous fire at a rate of 15 rounds per minute. The 3.7cm gun which was 45 calibres long had a muzzle velocity of 762 meters per second (when firing and armour-piercing projectile) and penetrated a 48mm armour plate standing erect at a distance of 457 meters. The 3.7cm anti-tank gun was immediately accepted by the German Army and officially designated Anti-tank Gun Model 35/36 (PAK 35/36). In 1936, the Germans began to deliver the gun to the anti-tank gun company of each division as its standard equipment. It is reported that the excellent design of the then typical anti-tank gun exerted a great influence on the progress of anti-tank guns in the Soviet Union, United States, and Japan.