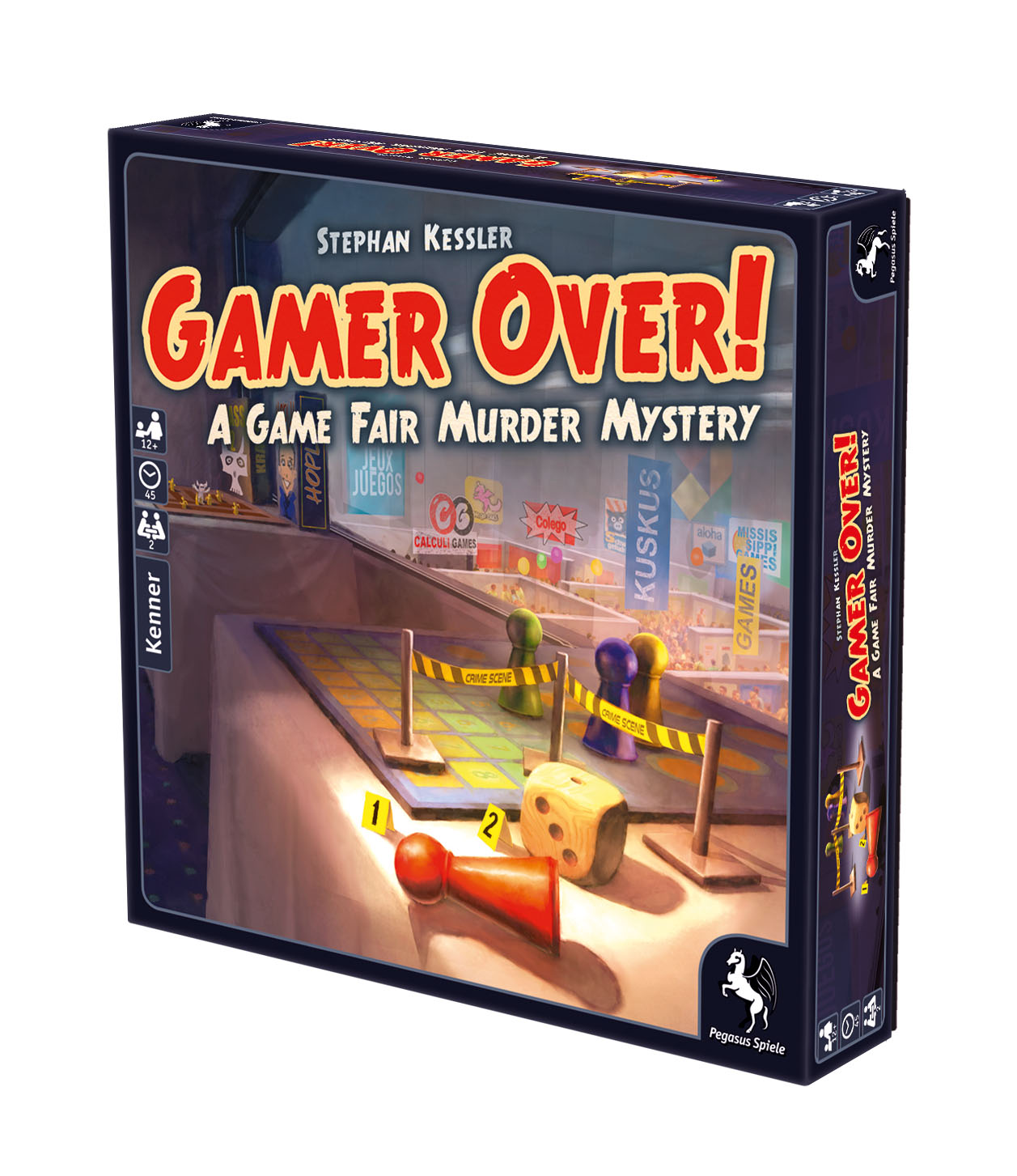 In Ausgespielt! Der Messe-Krimi, the players are at SPIEL in Essen, the largest board game show. A famous videoblogger has been found murdered in the VIP press area, and not only the murderer was there, but also a group of other suspects who have all been in contact with the deceased in one way or another.

Ausgespielt! is a classic murder mystery game. The players put themselves in a crime case and experience a setting, but one of them is the murderer. Confronted with the case and the will to solve it themselves, the players try to expose the true culprit, but that person can lie to keep their secrets.

Solving the case is not the main goal, but rather having fun and experiencing the case and unfolding the story as it emerges. The designer is both an experienced crime case writer and a passionate board gamer, so he's included some hints and easter eggs to add to the enjoyment.