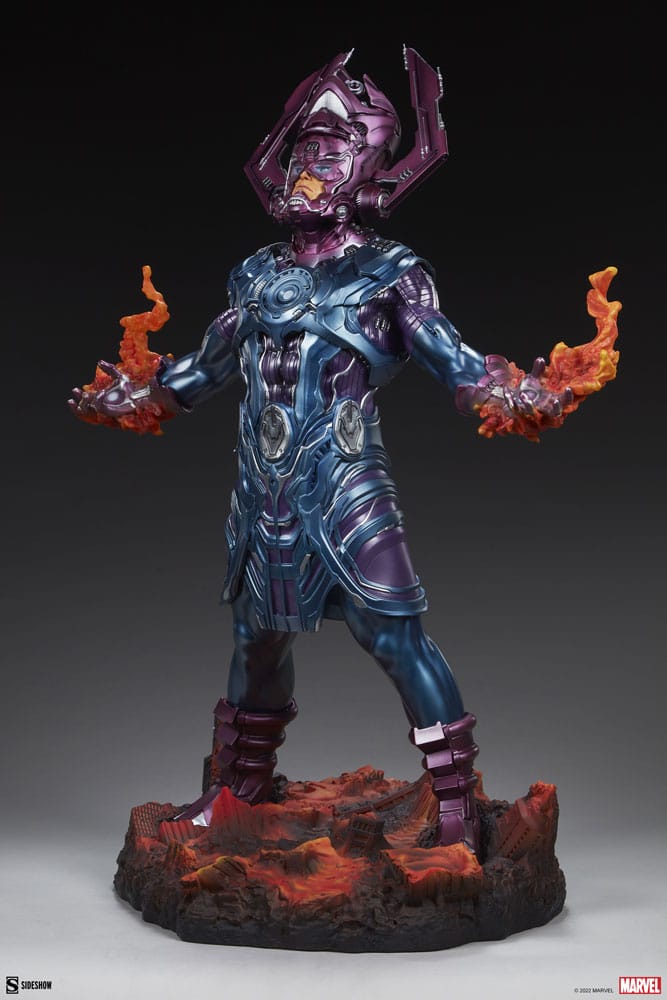 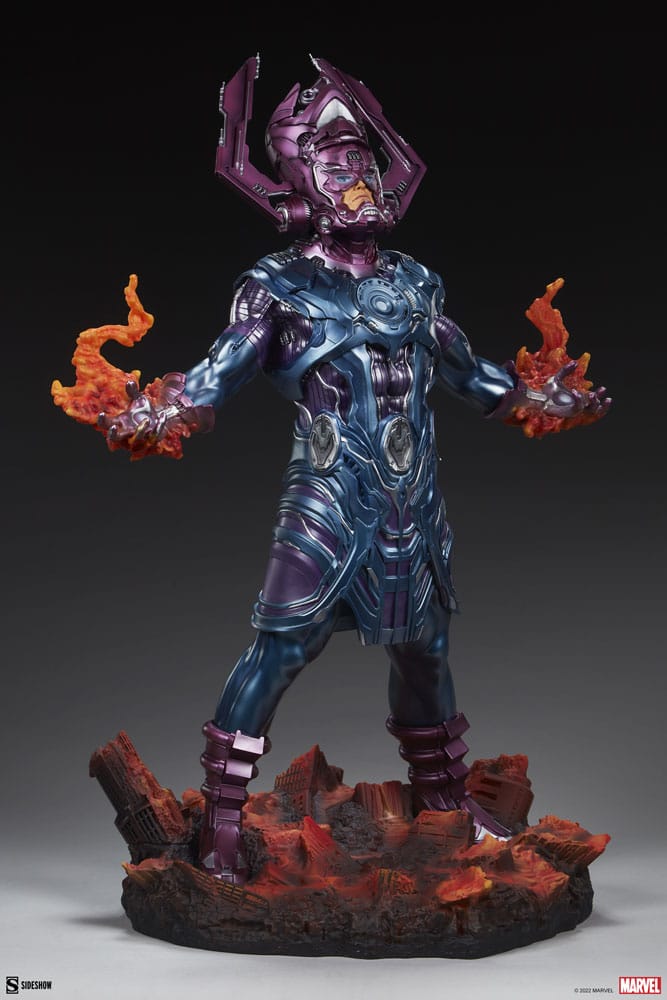 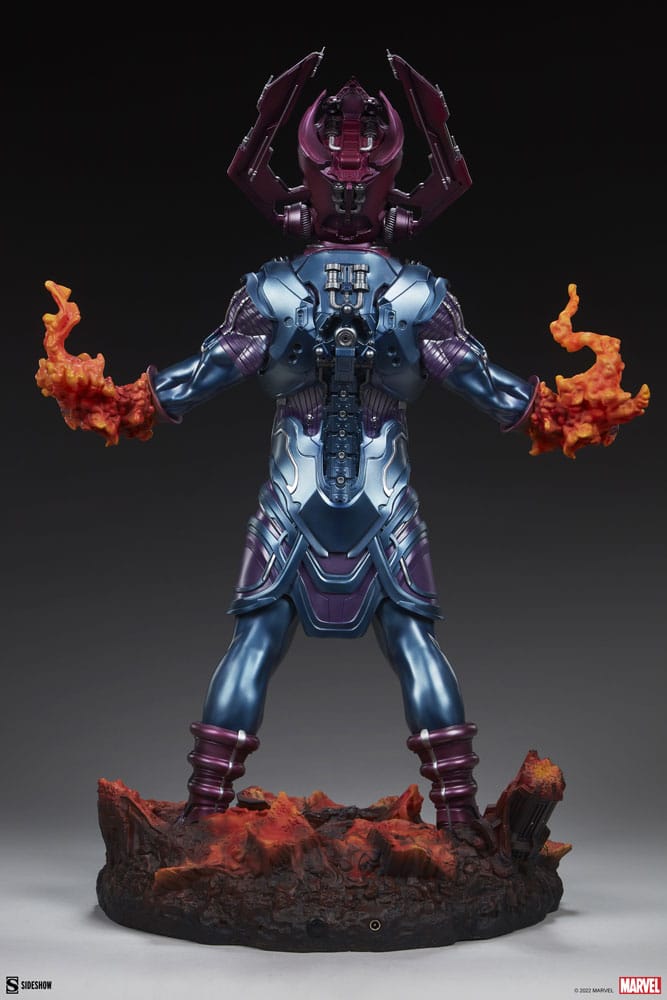 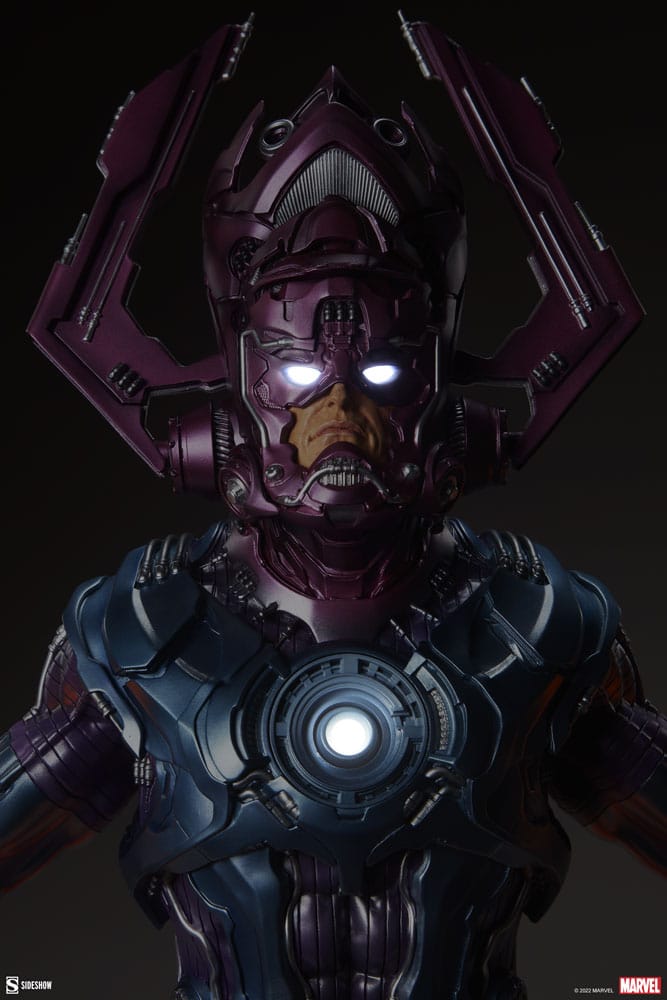 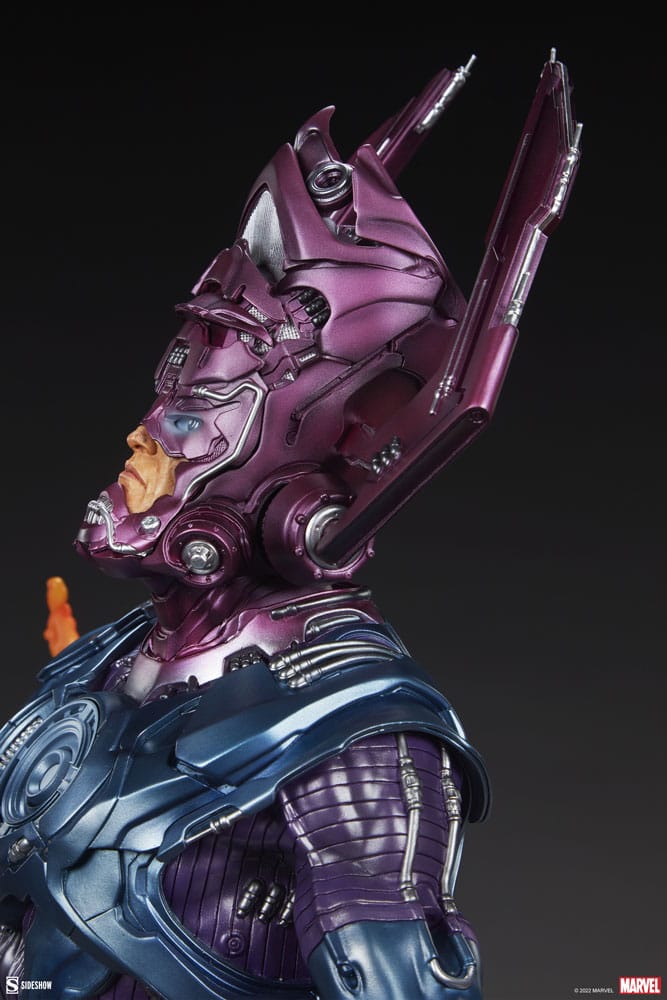 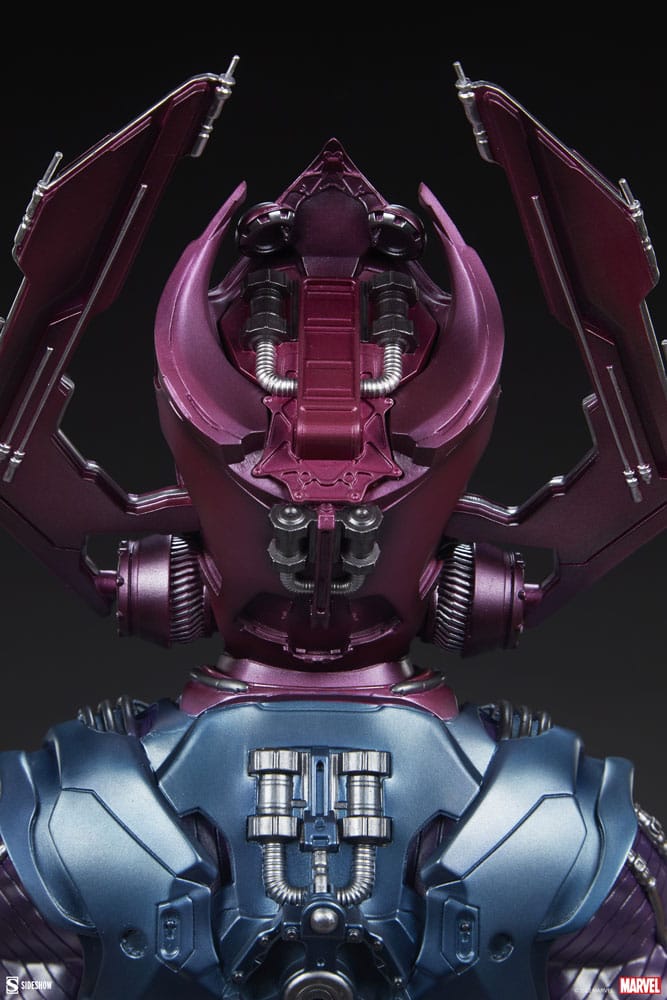 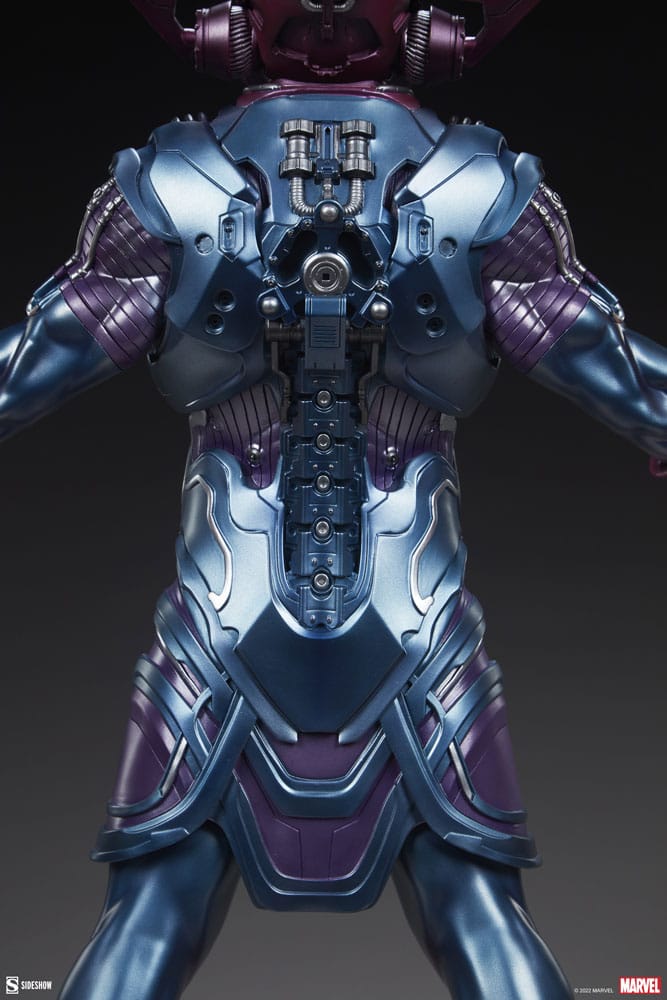 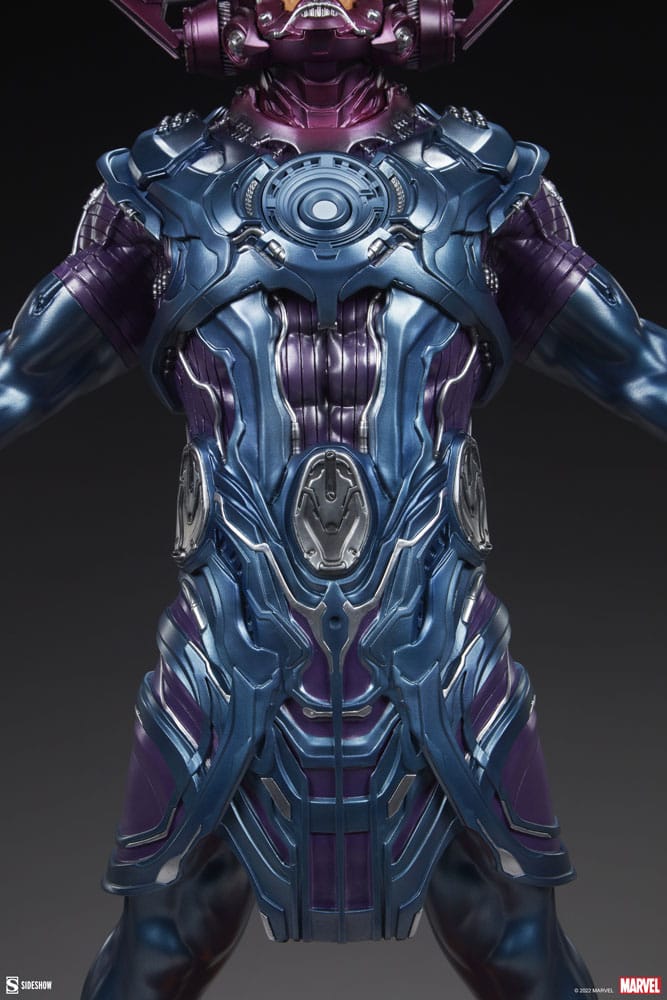 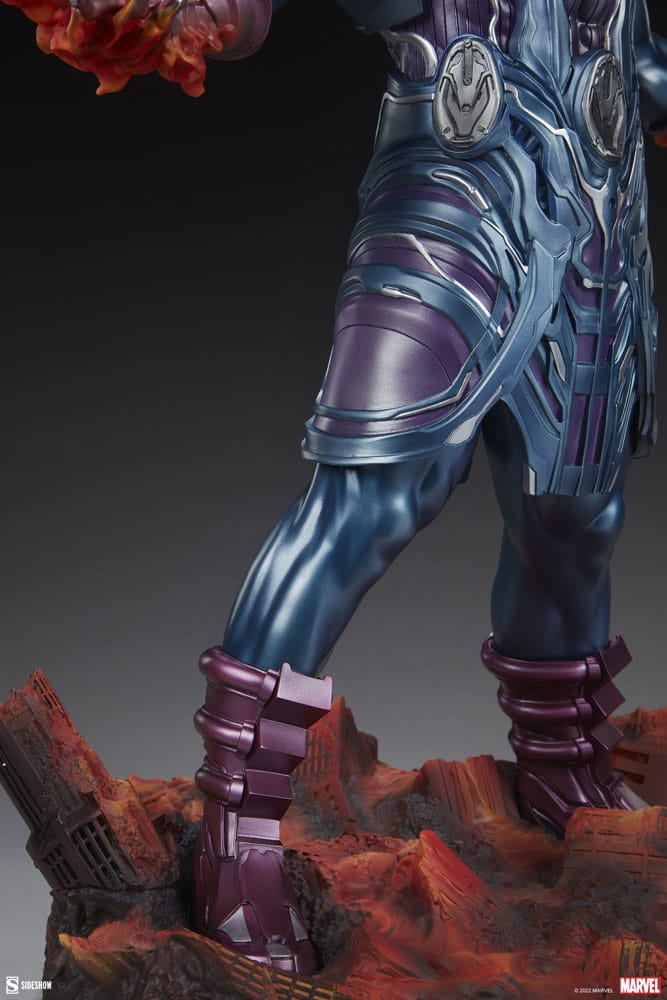 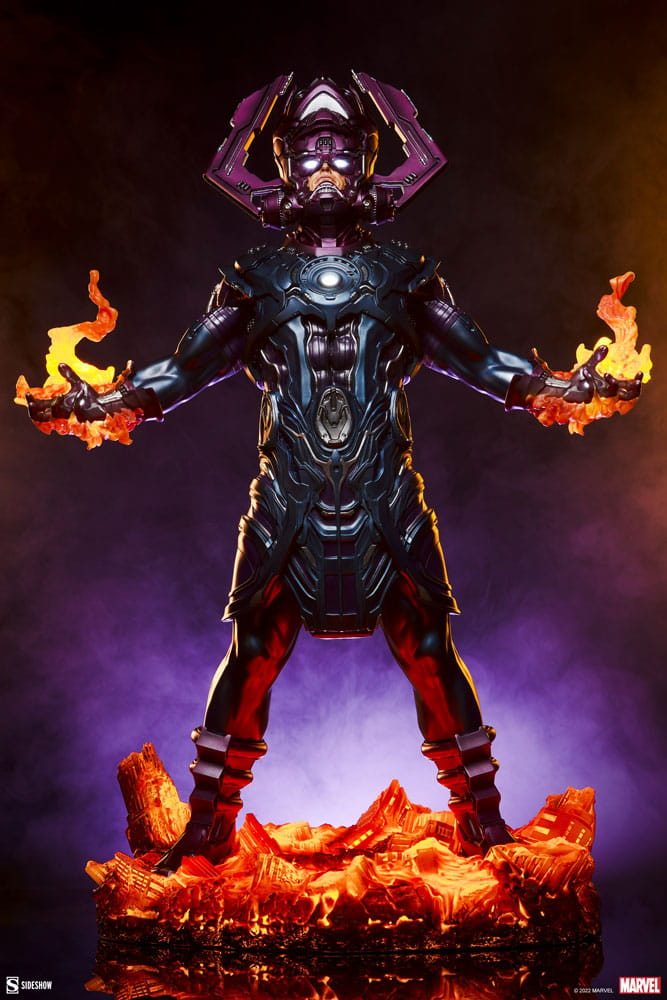 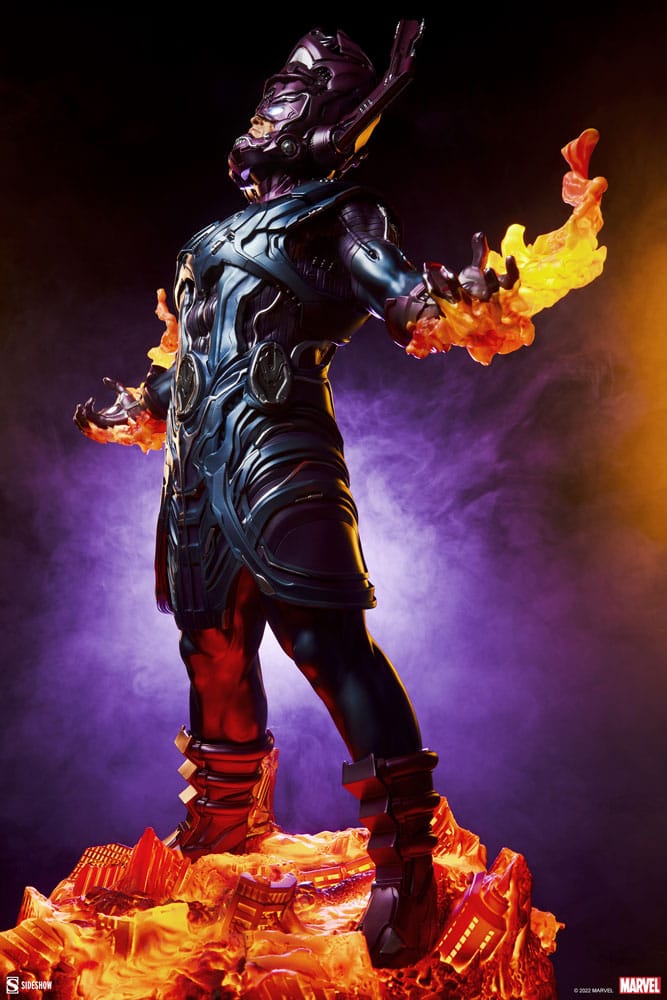 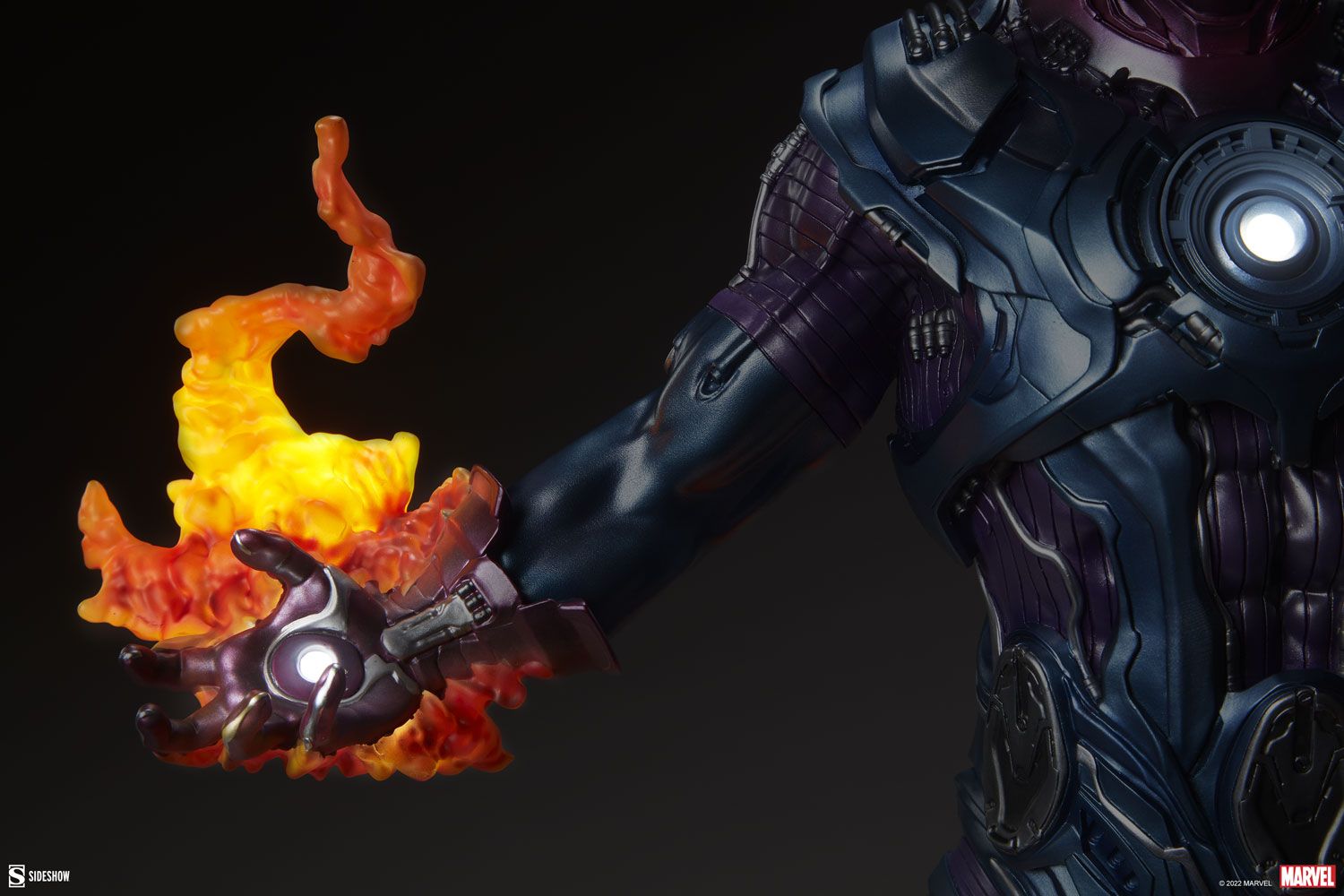 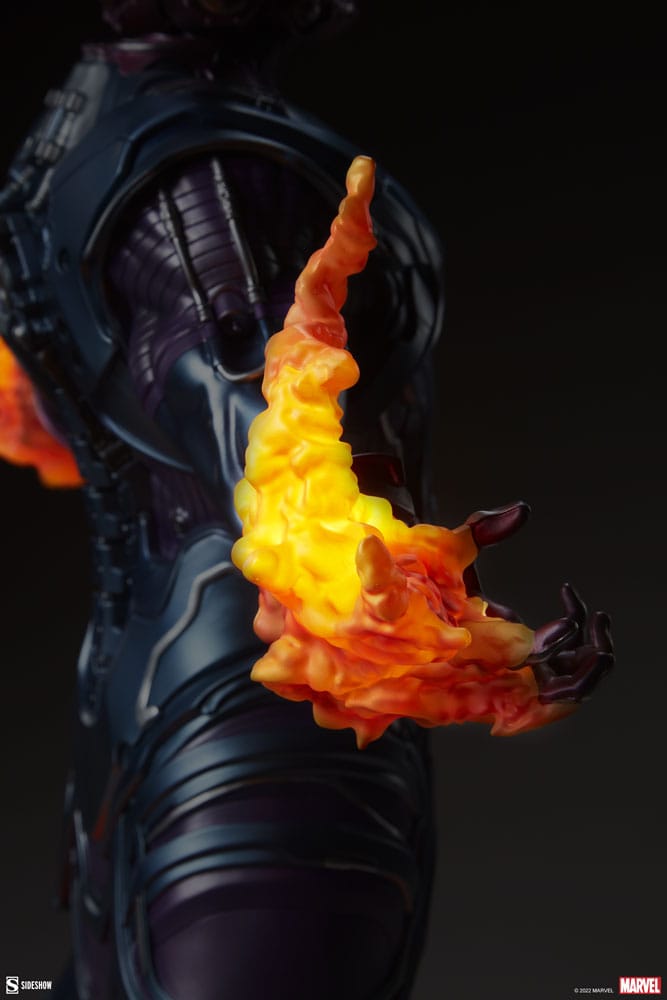 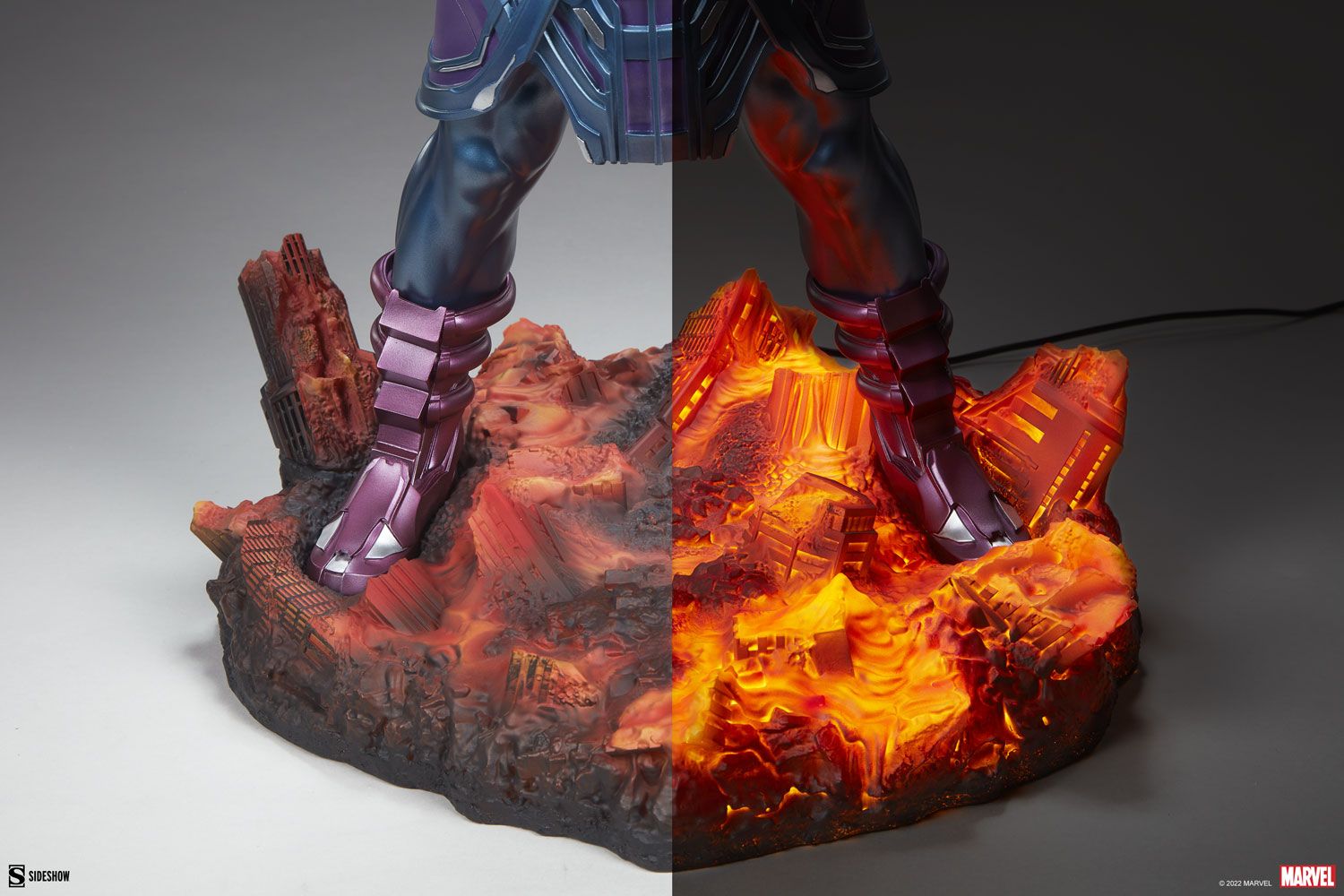 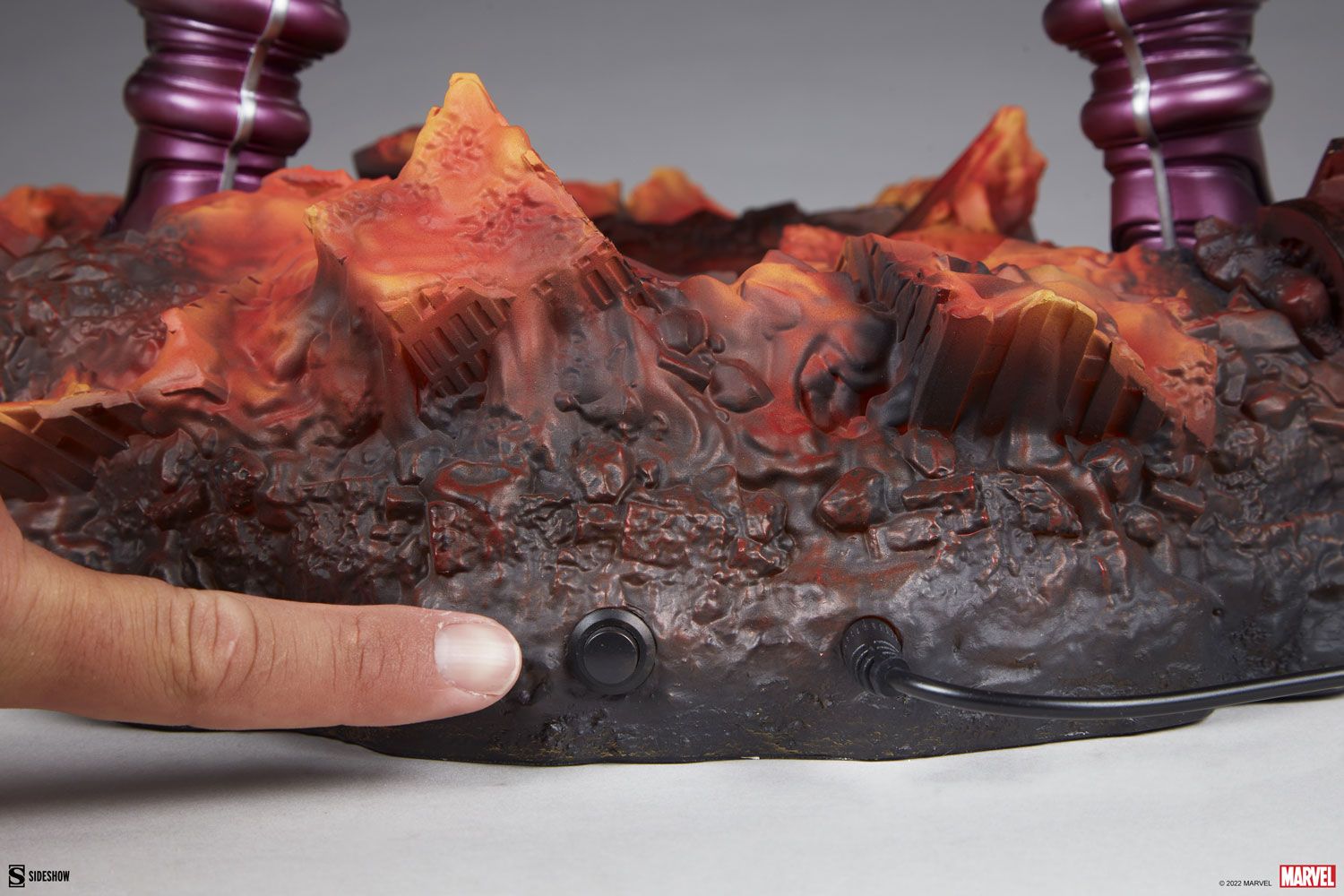 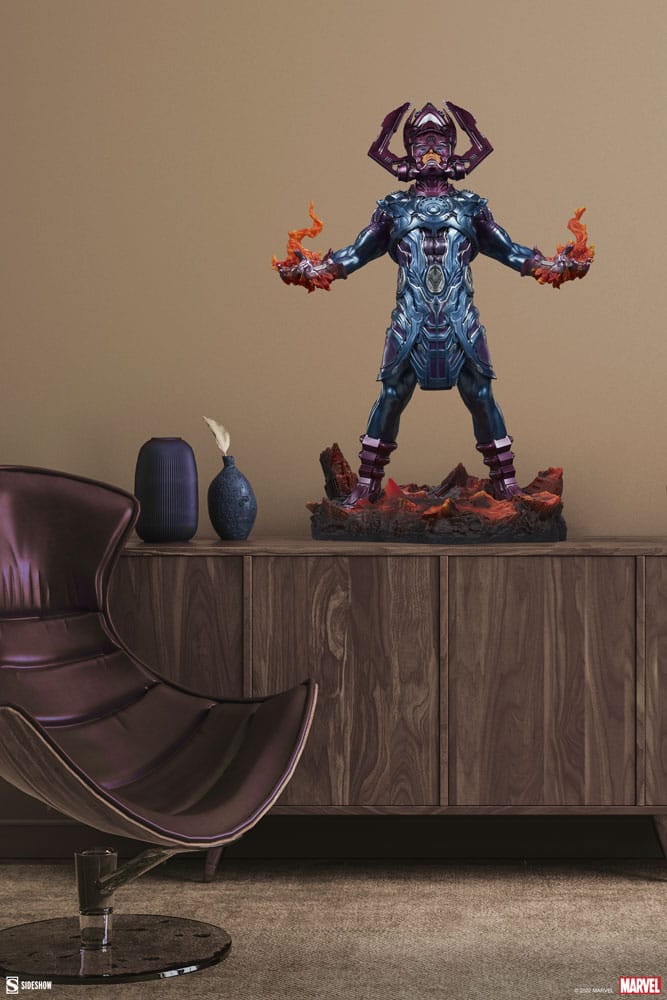 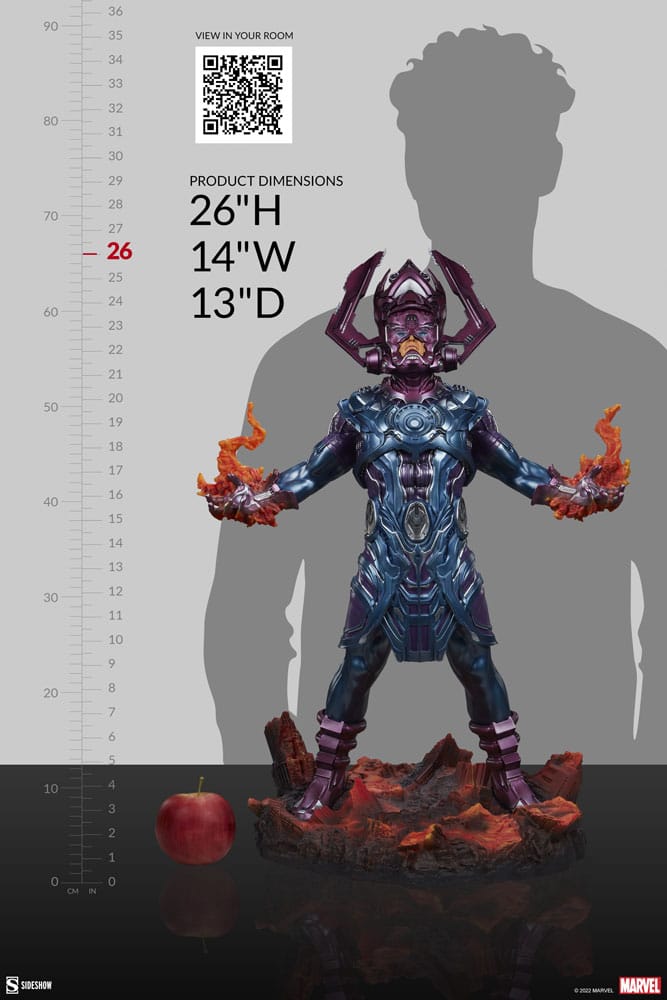 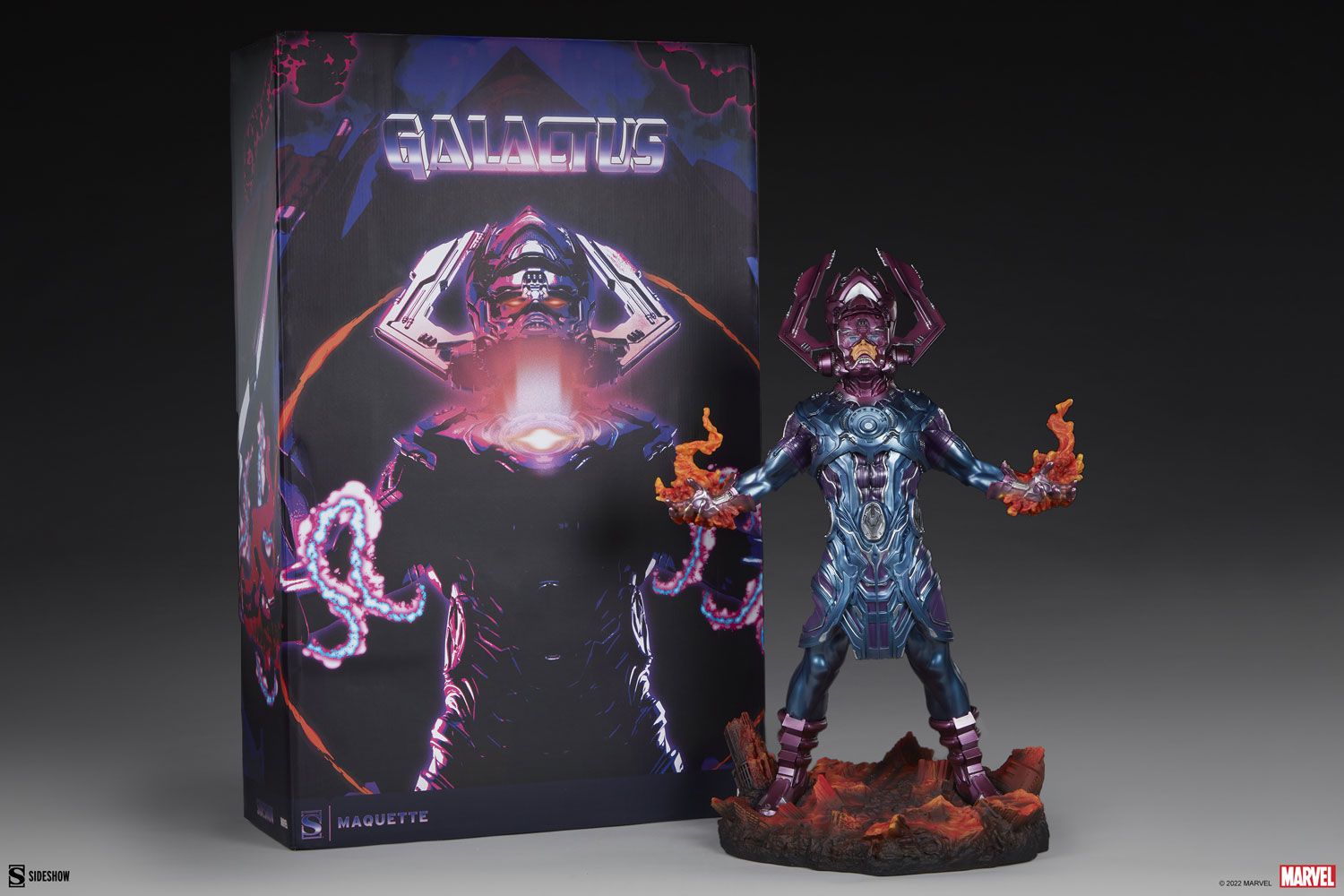 “I am power incarnate! To Galactus, nothing is impossible!”

Sideshow presents the Galactus Maquette, prepared to devour your universe of Marvel collectibles.

The Galactus Maquette stands 26” tall, towering over an annihilated city landscape where buildings melt beneath his boots as he wields the fiery force of the Power Cosmic. Heralded by his loyal servants, Galactus brings naught but devastation in the endless quest to feed his planetary hunger, and this ill-fated world is simply one of many he must consume to maintain his godly strength.

The polystone Galactus Maquette is a fully sculpted marvel of intricate armor and otherworldly might. Inspired by his iconic appearance in Marvel Comics, this maquette features an immensely detailed metallic blue and purple costume with silver accents, capturing the futuristic appearance of the unstoppable Galactus. His signature helmeted portrait reveals a hint of the man who became a god, known throughout the multiverse as the Hunger that Does Not Cease. With his intimidating physique, crackling heat effects on his hands, and an unrelenting need to draw strength from the cosmos, Galactus is sure to make a world-shattering centerpiece on any shelf.

Pair Galactus with his herald, the Silver Surfer Maquette by Sideshow, for an incredible array of cosmic collectibles for your home. The Exclusive Edition of the Silver Surfer, sold separately, includes another herald of Galactus, a proximity piece of Frankie Raye as Nova, to create the ultimate galactic display for Marvel fans.

If you hunger for something greater, bring home the Galactus Maquette for your Marvel statue collection today! 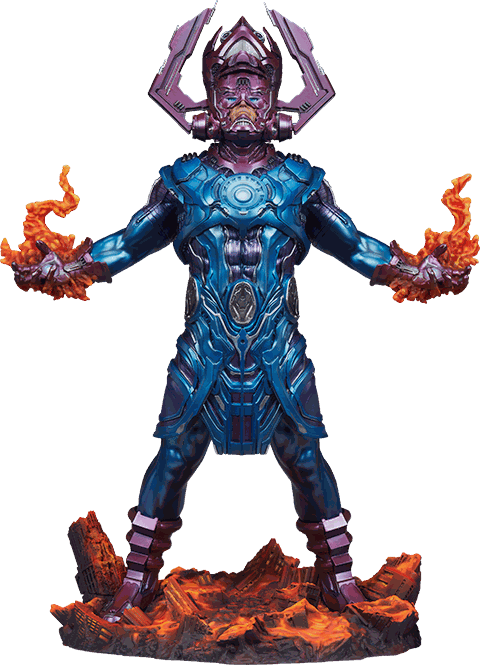