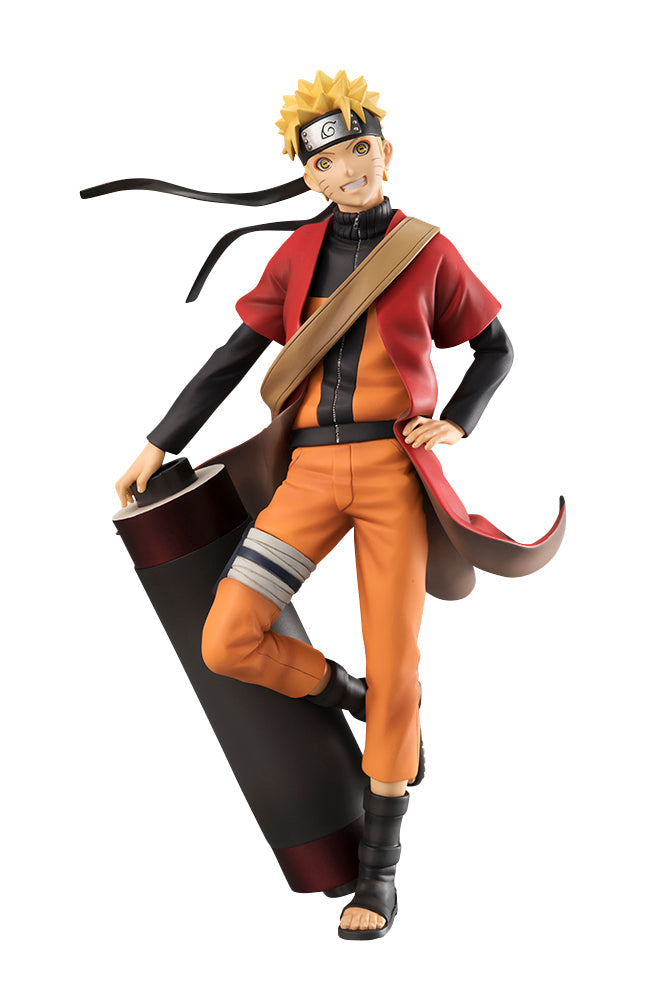 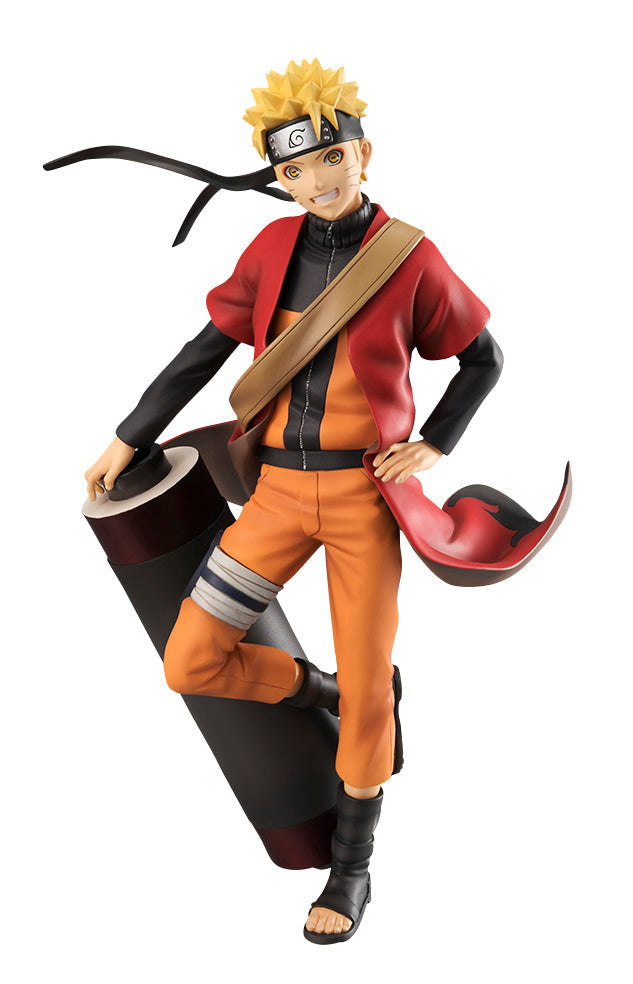 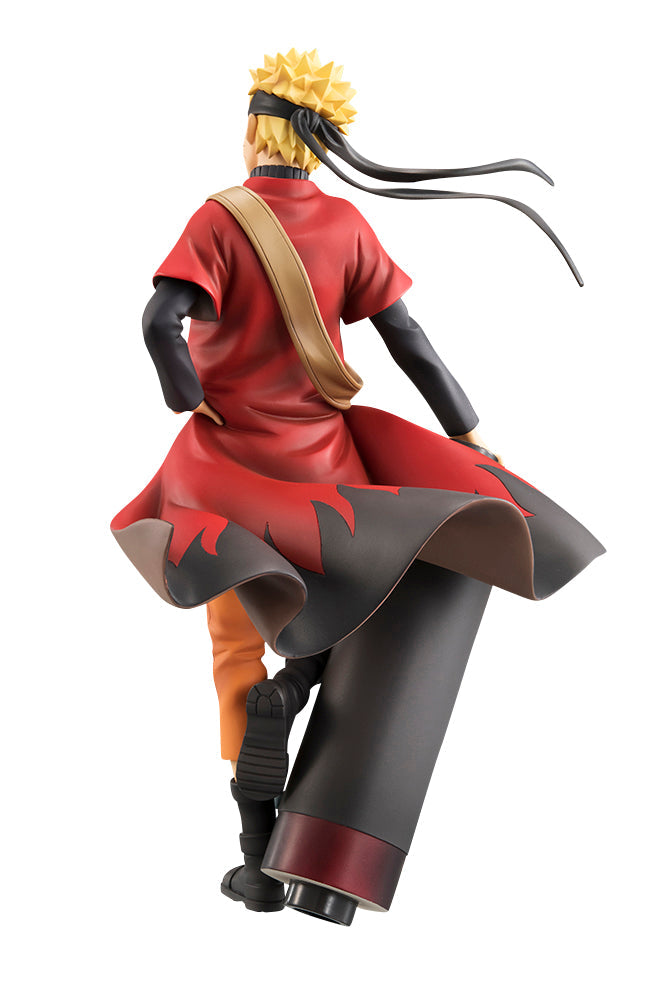 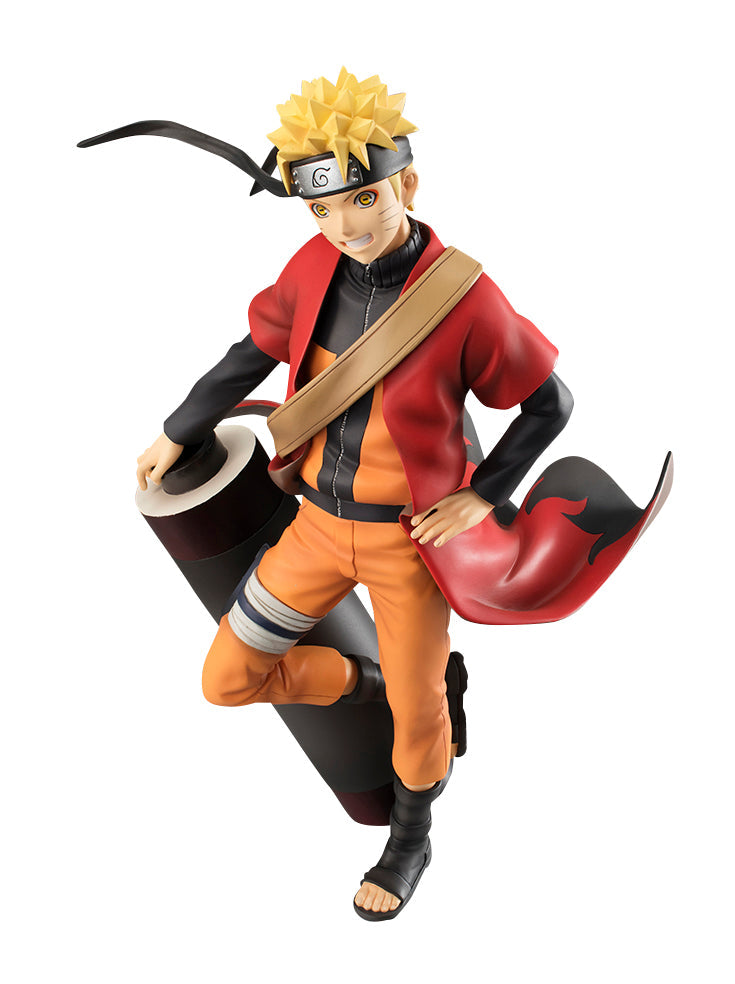 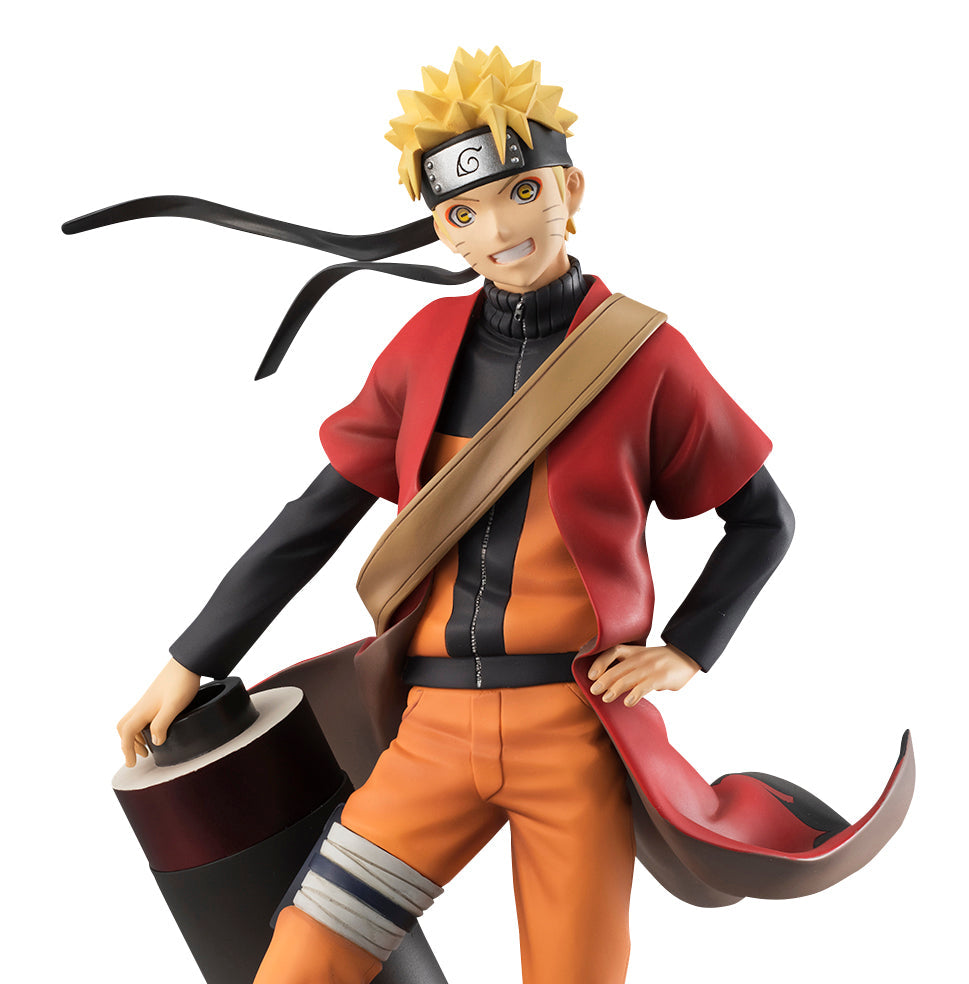 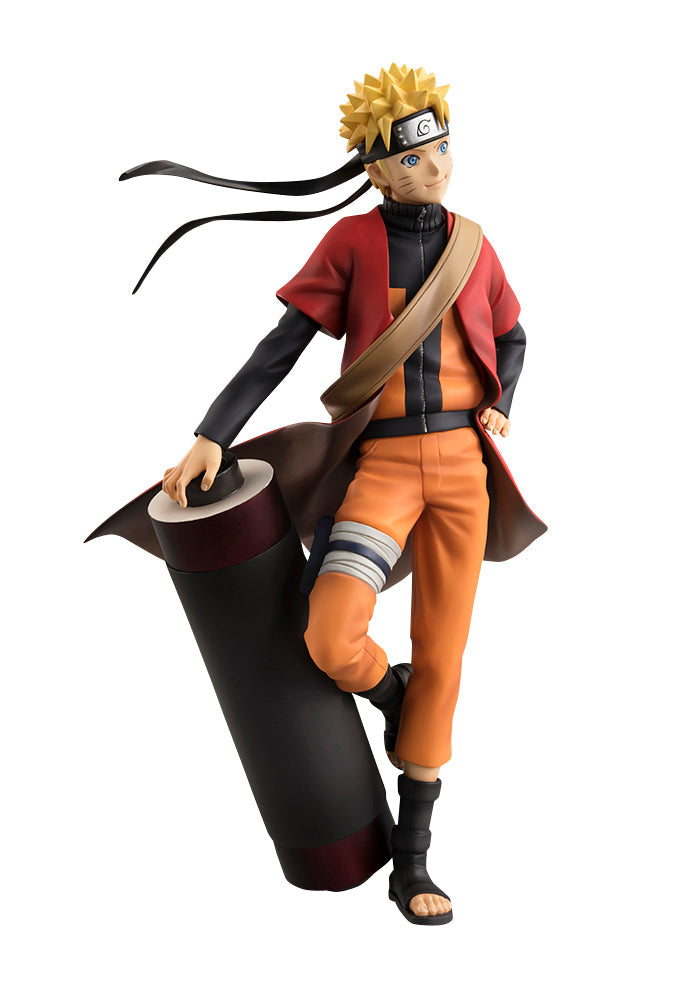 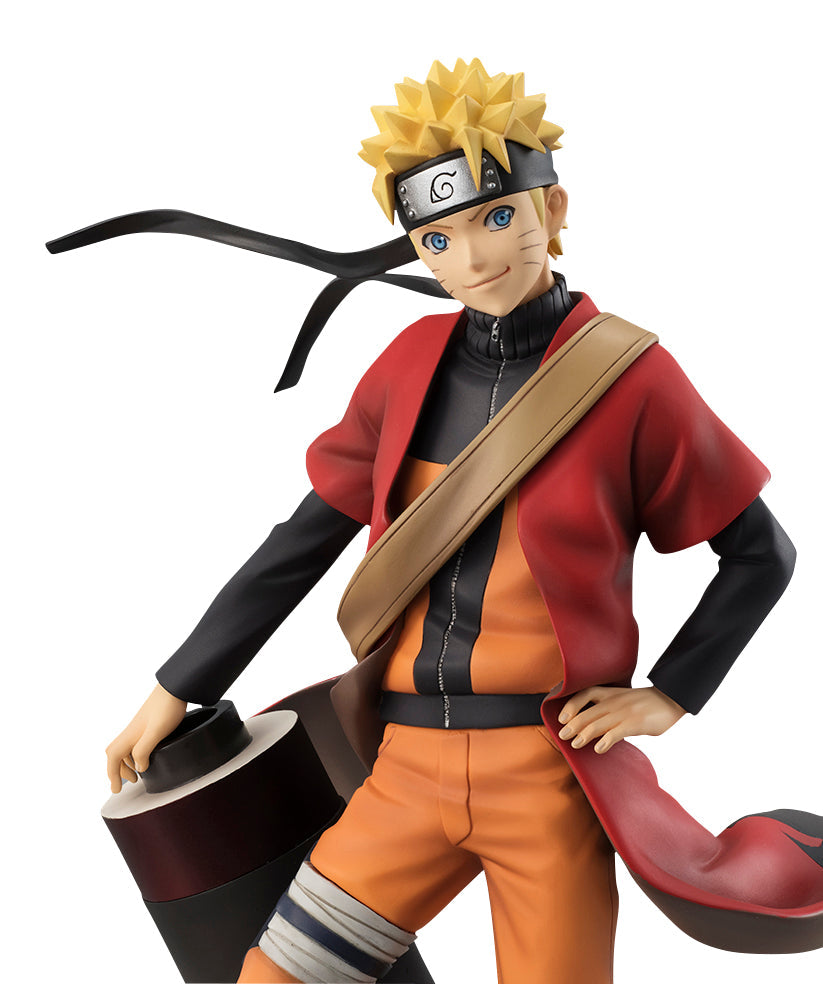 This year is the 20th anniversary of the Naruto anime series, and the G.E.M Series figure of Naruto in his Sennin Mode is being re-released to celebrate the anniversary!
All of the details from character designer Tetsuya Nishio's original illustration have been faithfully captured on the figure - from Naruto's confident smile to the smaller details of his outfit and scroll from the battle with Pain.

He also comes with interchangeable parts to switch to an alternate facial expression!