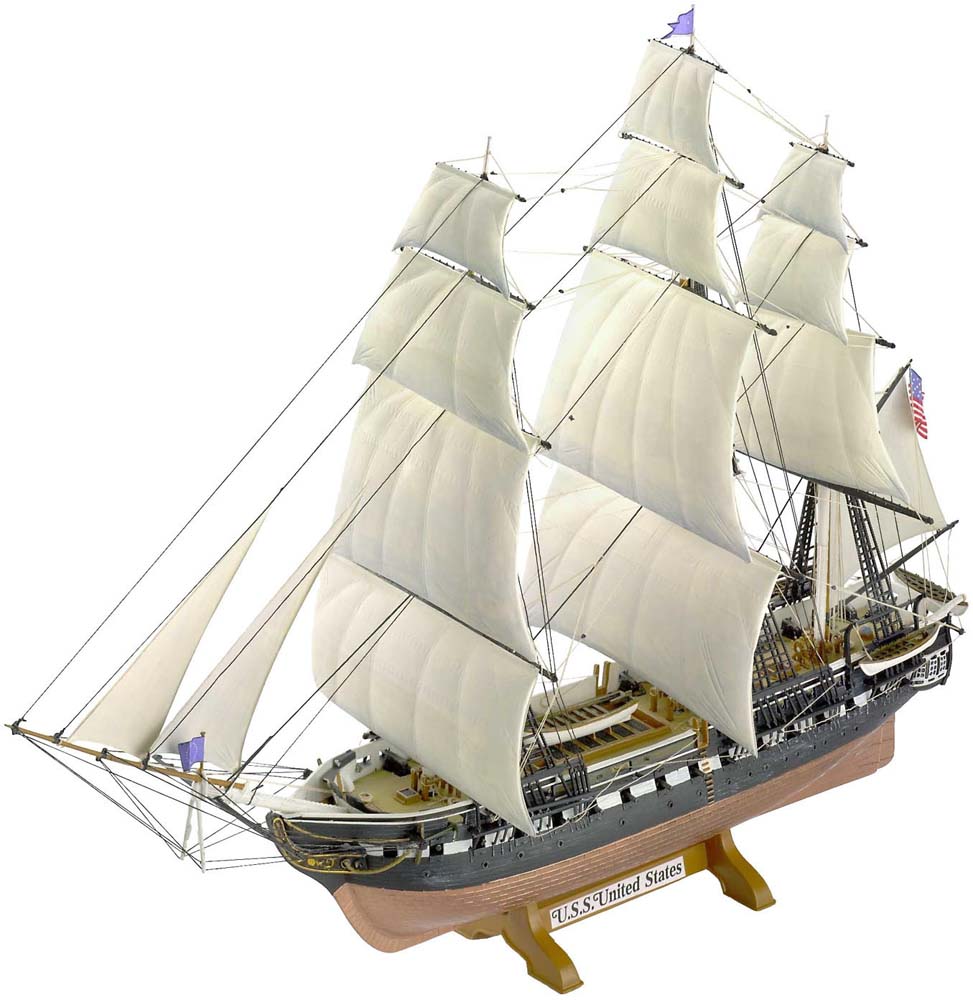 Description
The "United States" was one of the three great 44 gun frigates that were ordered by Congress towards the end of the eighteenth century. She was launched in May 1797 and was considerably heavier then her sister ship the "Constitution". This imposing man-o'-war had excellent sailing characteristics and saw hard service with the US Navy. During the 1812 war she captured the British frigate "Macedonian". Later in her naval career she was rebuilt and refitted many times. In the confusion of the American Civil War the "United States" was sunk by Union seamen in Norfolk during the surrender of Norfolk harbour. She was finally broken up in 1866.
- One-piece hull
- Detailed deck with timber structure
- Wheel
- Cannon
- Lifeboats
- Masts with yards
- Anchor
- Detailed sails
- Black and brown yarn tackle
- Display stands
- Decals with inscriptions and flags