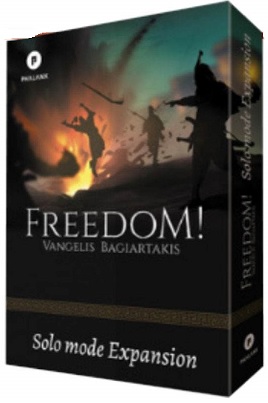 The Insurgent player is played by A.I., reacting to what the human Imperial player will be doing.

There is a flowchart spelling out various cases and what to do in each case, as well as 9 cards, one for each Insurgent action. When playing, you will be drawing a normal hand for the Insurgent "bot", keeping it face down. At the start of each of his turns, you will be revealing the top card and getting the written Action Points. You will be then following the flowchart to see how these points are going to be spent. The point of having the cards is that some information is placed on them to avoid filling the flowchart with rare cases or repeat the same ones again and again. Also, in some cases, the cards are used as randomizers regarding the action to be taken.