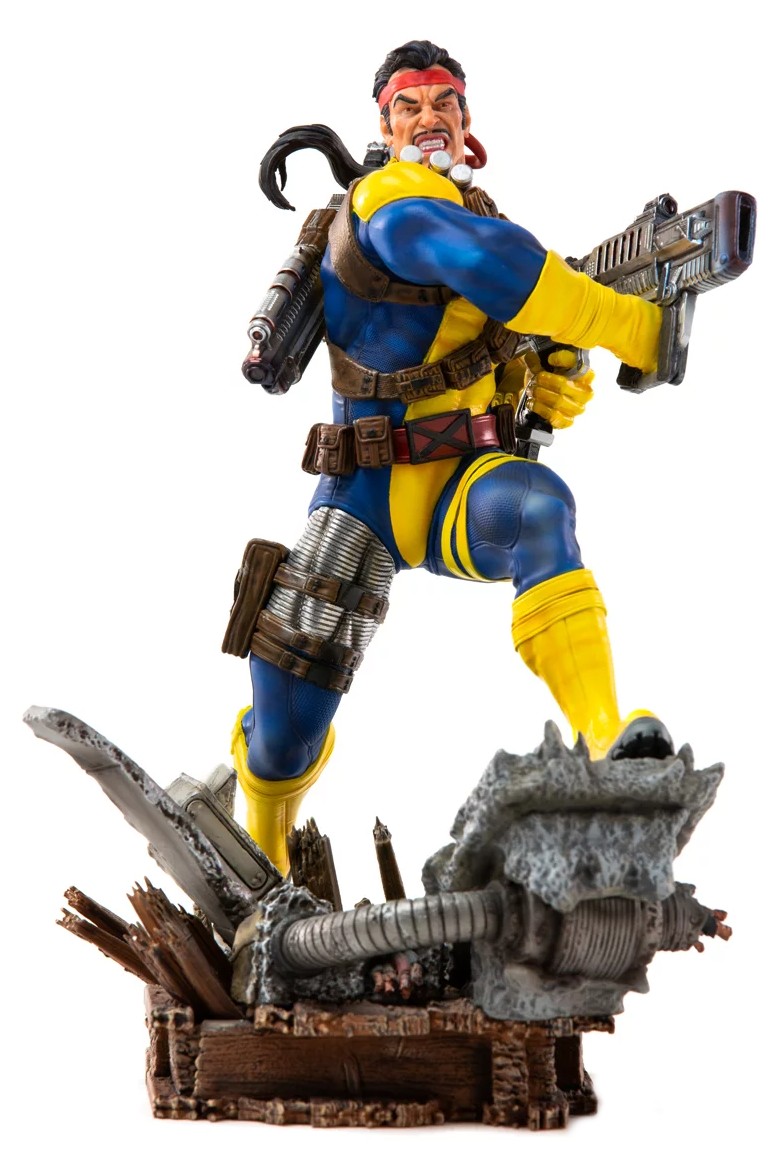 The Lord of the Machines!

The man known as Forge advances into battle over the rubble of the battlefield, with an unmistakable expression of fury, and carrying a true arsenal next to his cyborg body, he relentlessly attacks his enemies, after all, besides being a mutant master in technology, he is a proud warrior, native to the Cheyenne indigenous tribe. Thus, Iron Studios proudly presents its Forge - X-Men - BDS Art Scale 1:10 - Iron Studios Statue.

Created by Chris Claremont and John Romita Jr., in addition to his mutant power described as "Intuitive Engineering", which gives him the ability to invent or recreate any electronic device in his subconscious (seeing connections and logical conclusions imperceptible to ordinary humans), Forge is skilled with firearms of all sizes and has natural mystical abilities, being able to cast countless Cheyenne spells.

In the 1990s, Claremont and Jim Lee decided to divide the main team of the X-Men into two different teams, thus the teams Blue and Gold emerged. As a member of the golden team, Forge had a big role, playing alongside Iceman, Archangel, Jean Grey, Colossus, and Bishop under Storm's command. In this phase, X-Men # 1 became one of the best-selling comic books of all time.

Being part of the X-Men vs. Sentinel Diorama (who are controlled by Magneto) and his followers of the Mutant Brotherhood, Forge's statue also works just as well individually, as in designing a larger battle scenario, joining other members of the golden team or with other statues from the X-Men, according to the preference of each collector.