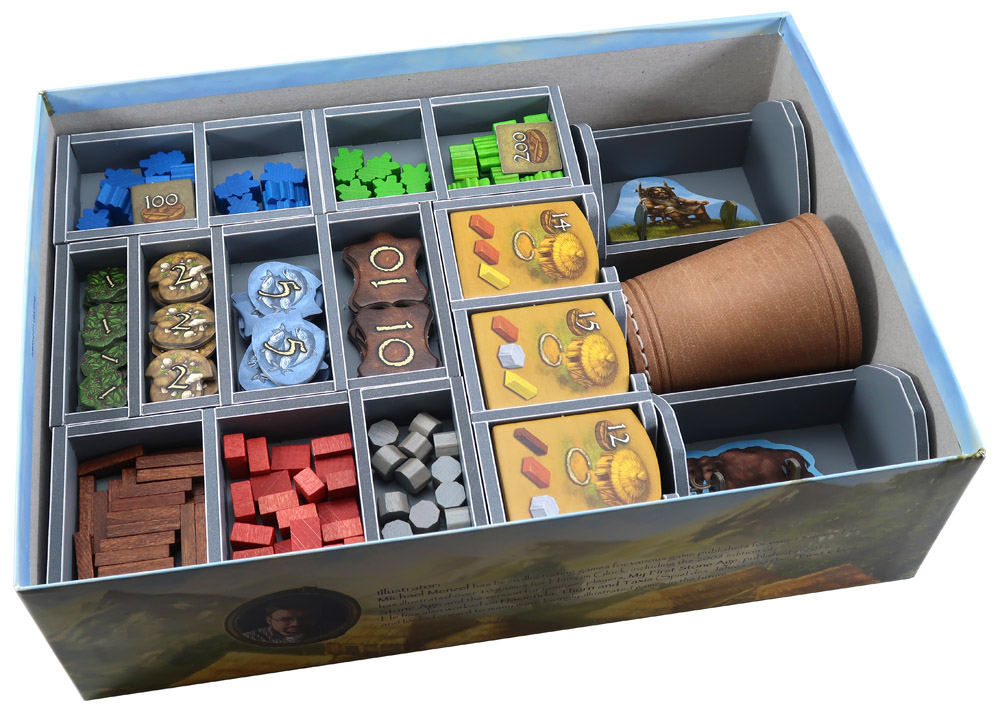 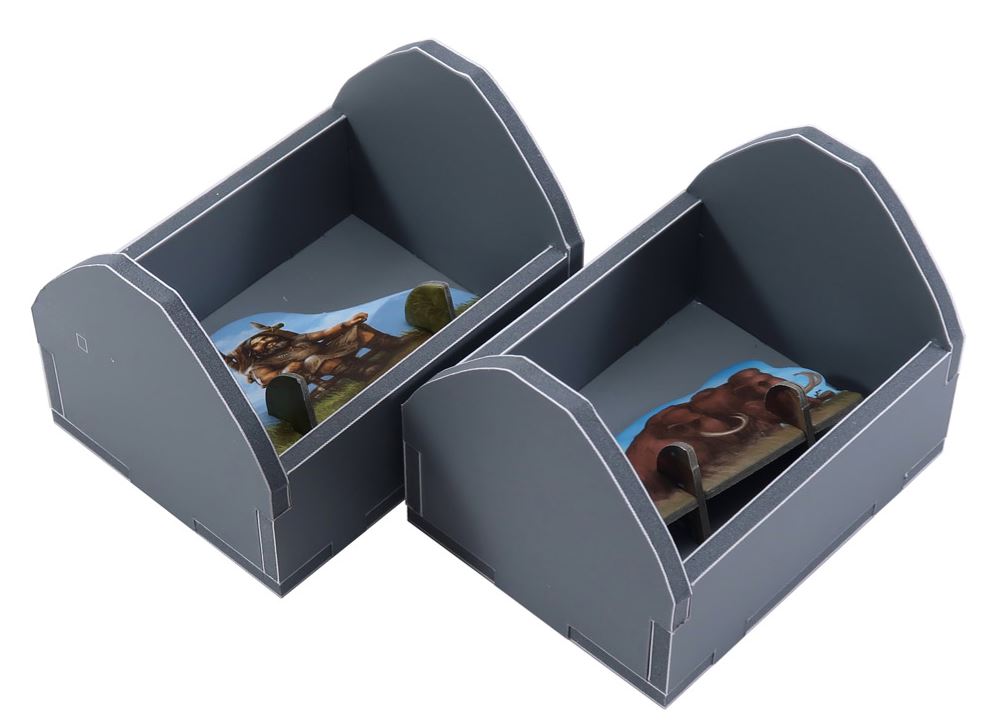 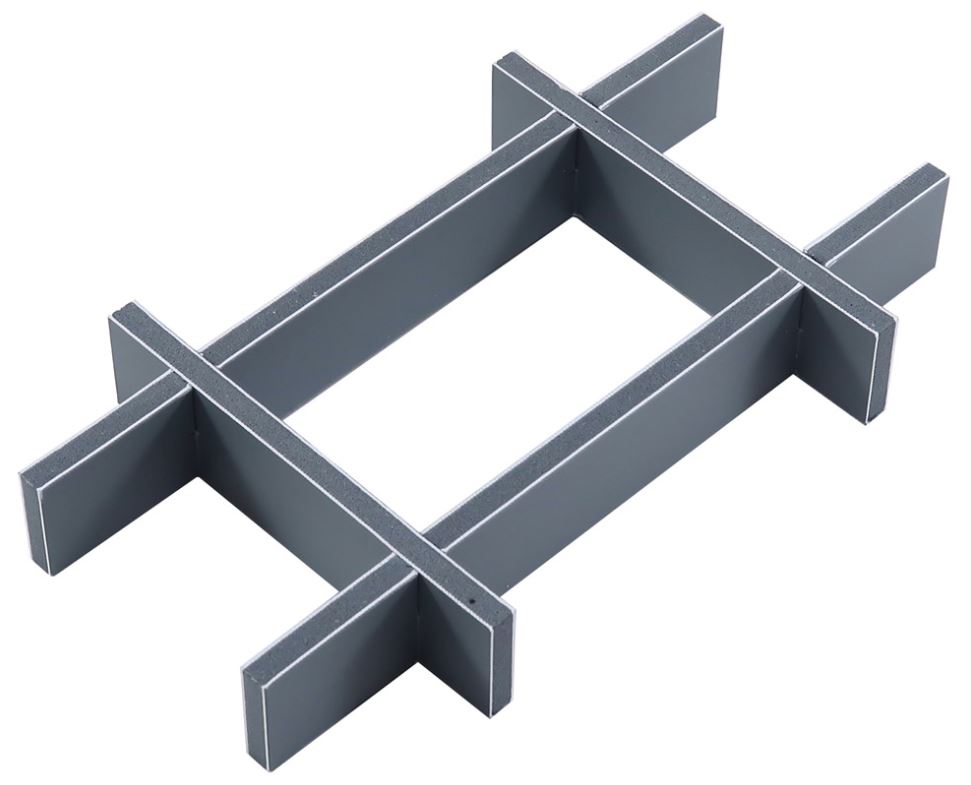 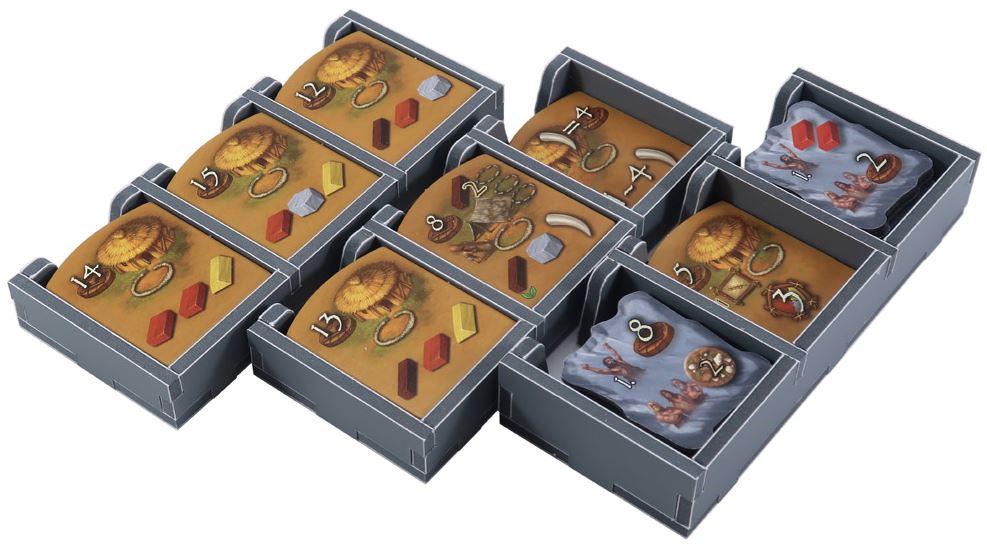 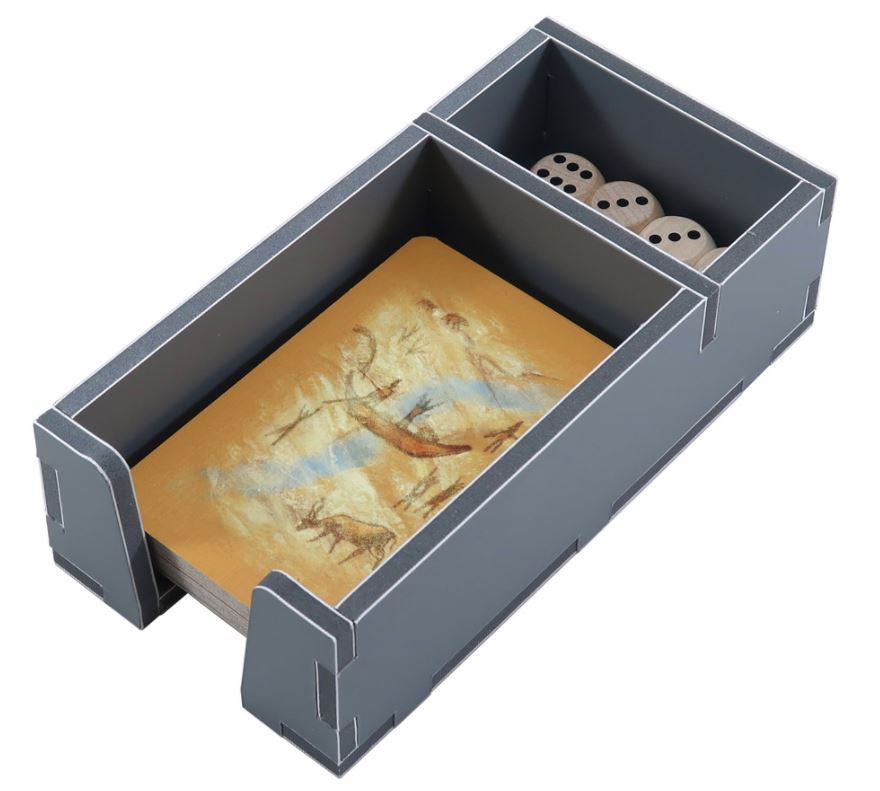 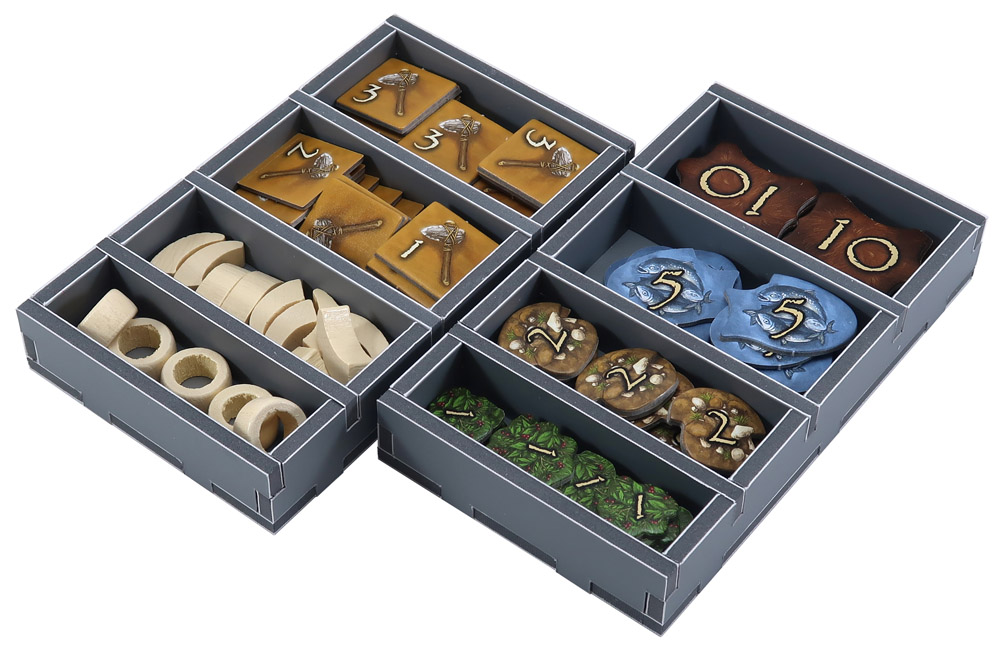 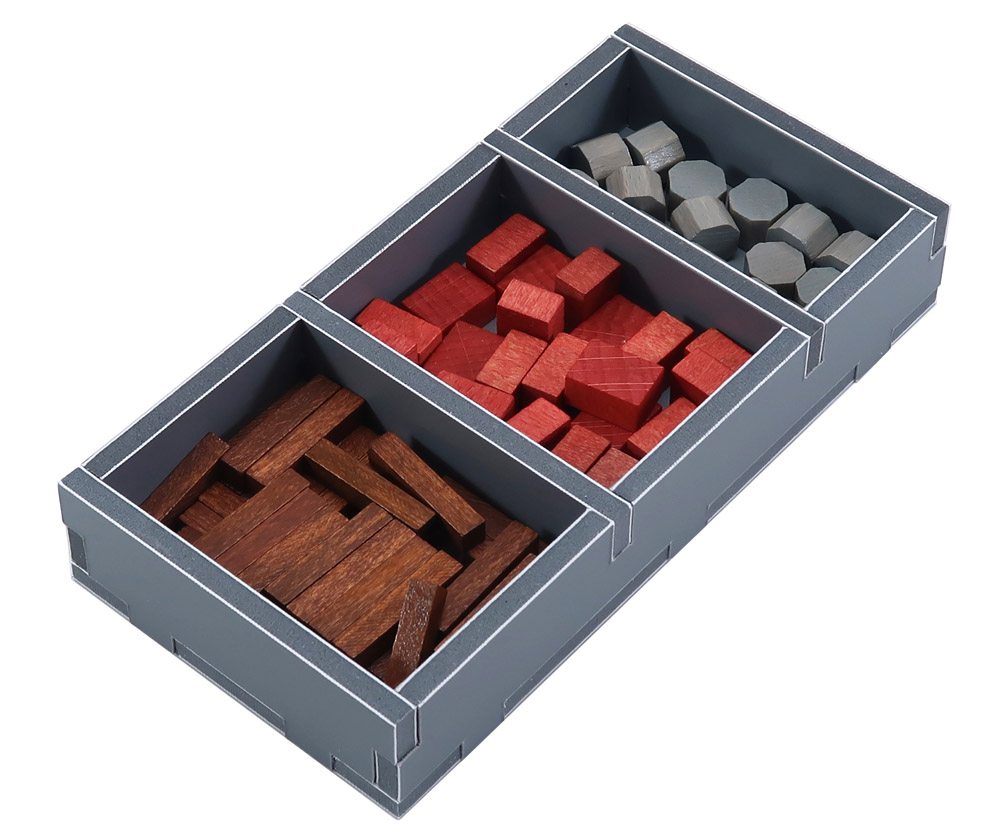 Insert compatible with Stone Age®, including Stone Age: The Expansion® and The Mammoth Herd®. The design provides both efficient storage and improved game play. Many of the trays can be utilized during the game, and they greatly aid set-up and clear-away times. The insert is arranged in up to three layers.

Note the dice cup is placed in between the two filler trays at one end of the box, and these trays also hold the first player and mammoth markers. The design works equally well with the Stone Age: Anniversary® edition.

All component types are split by type, organizing all the game components. There is space for the cards to be sleeved. As mentioned above many of the trays can be used during the game to organize the components and make access by all players easy.

When packing the box, first place the rule books on top of the trays. This is followed by the boards, stacked as shown. Once fully loaded the box is filled to the top, allowing for vertical storage.

As mentioned above, the insert works equally well with the Stone Age: Anniversary® edition of the game. To get the insert to fit well you will still need Stone Age: The Expansion® to fill the box to the top with the extra boards.