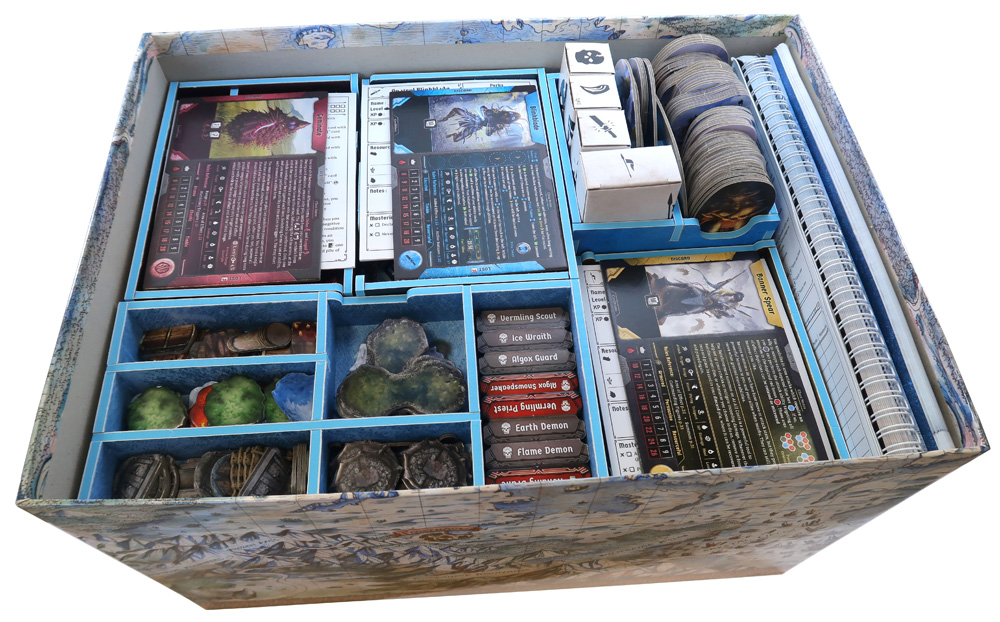 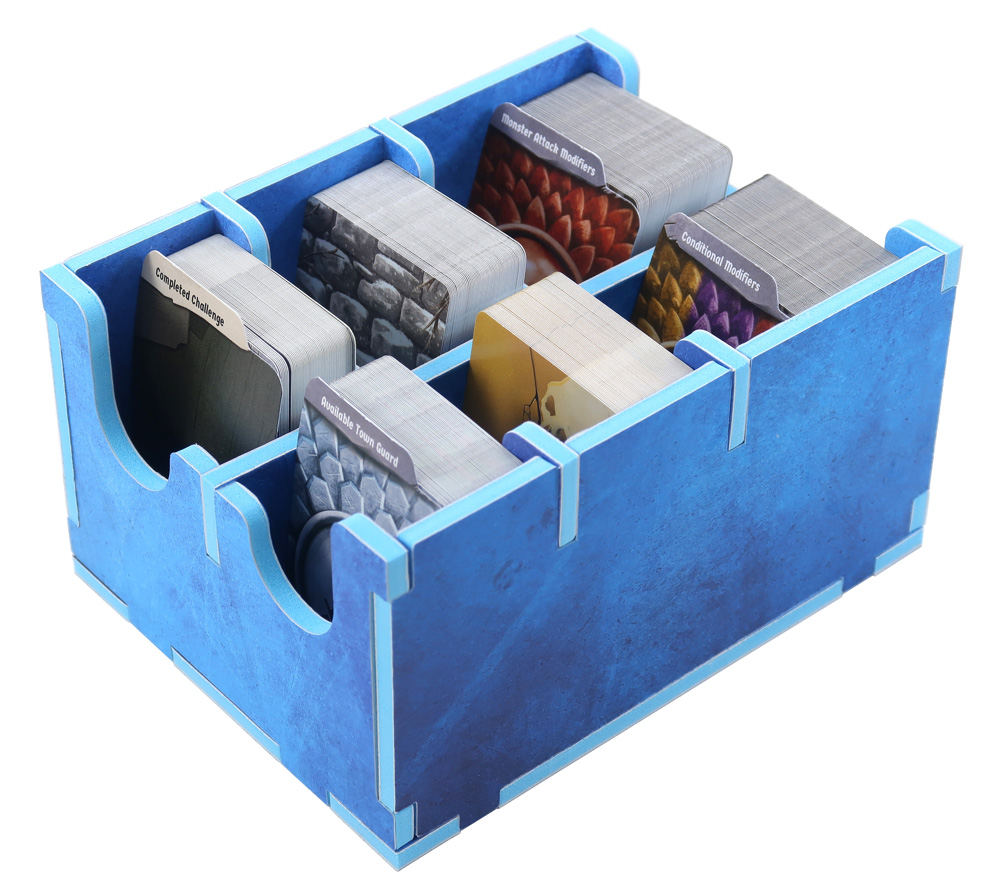 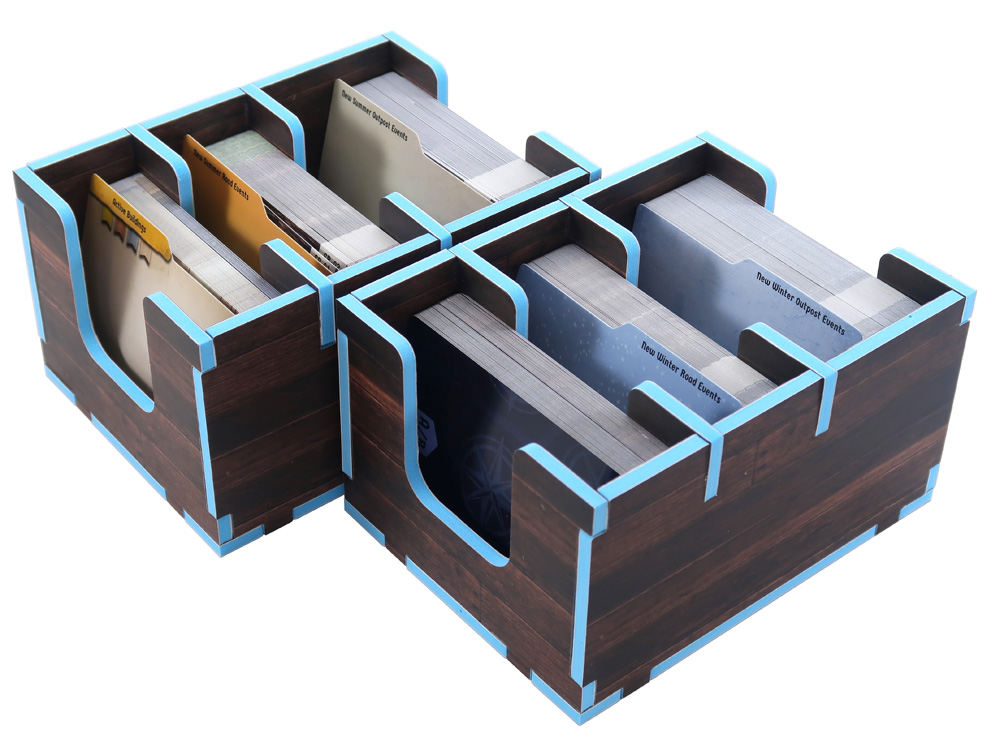 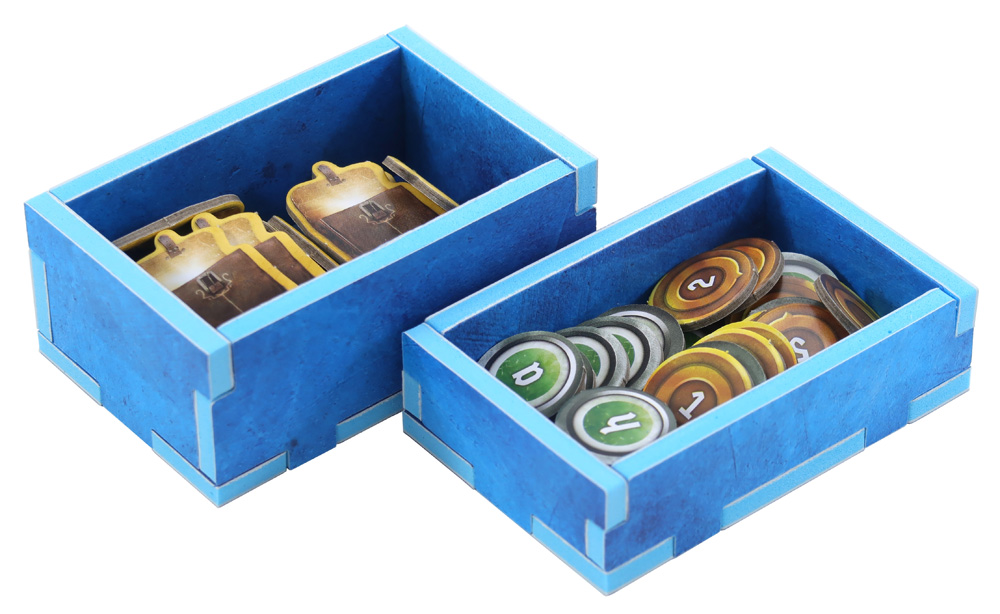 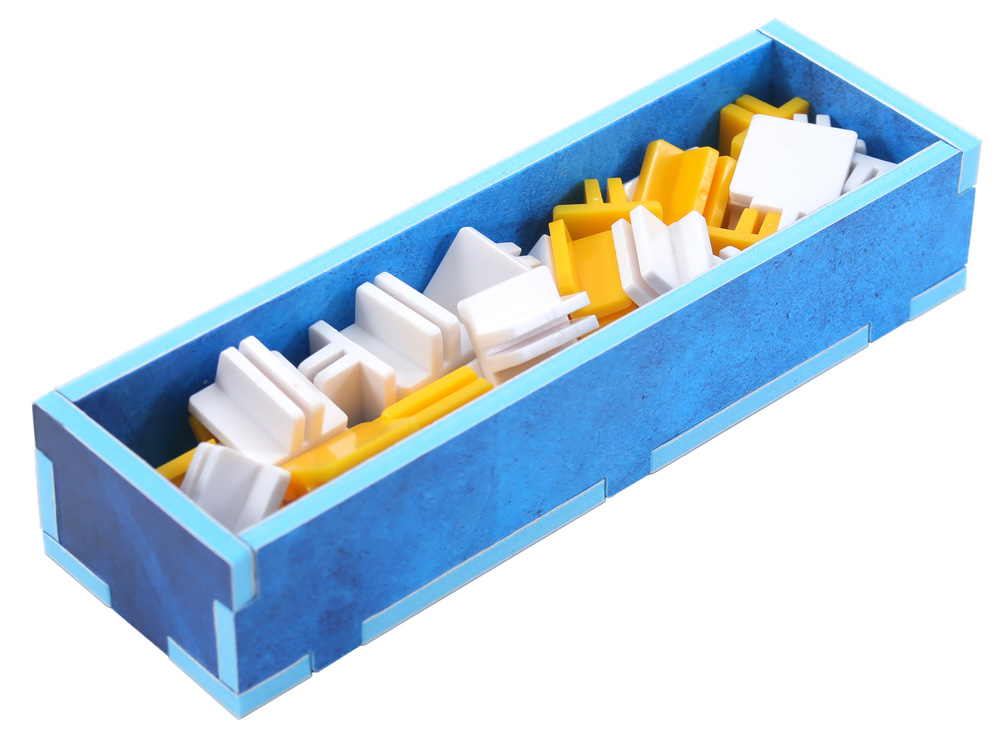 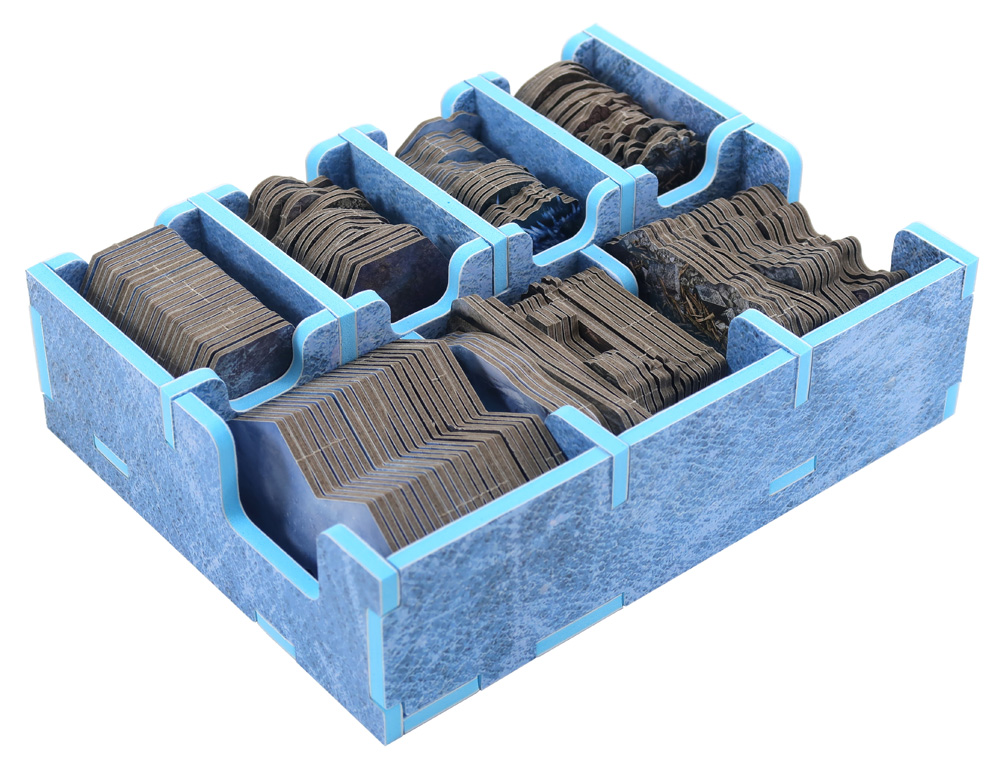 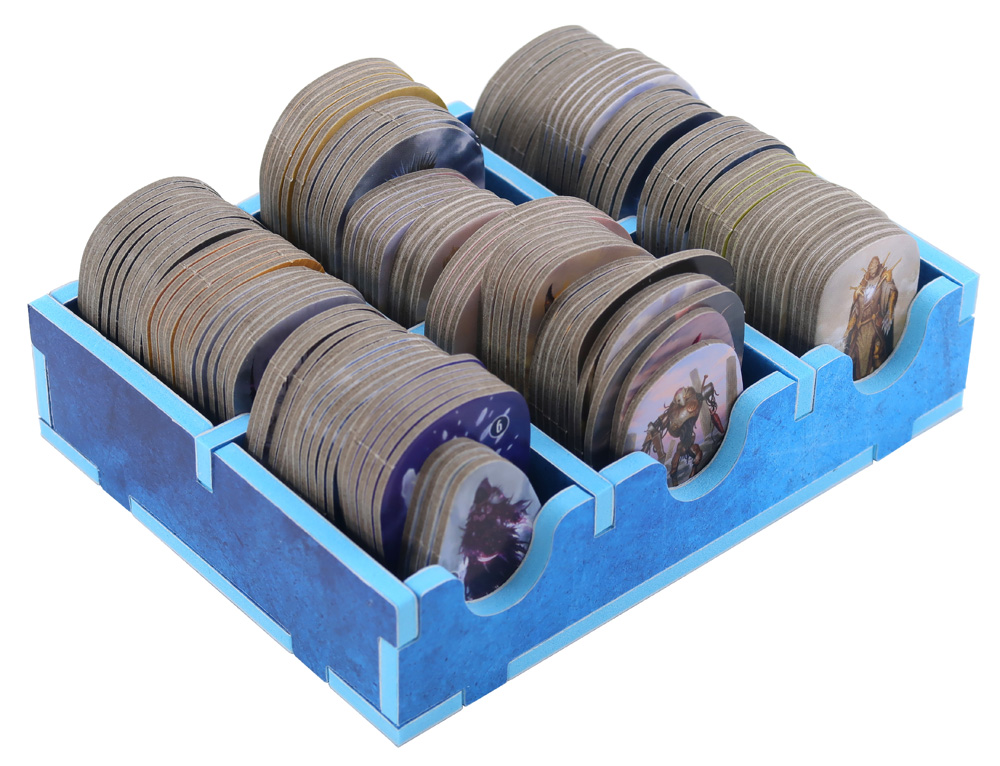 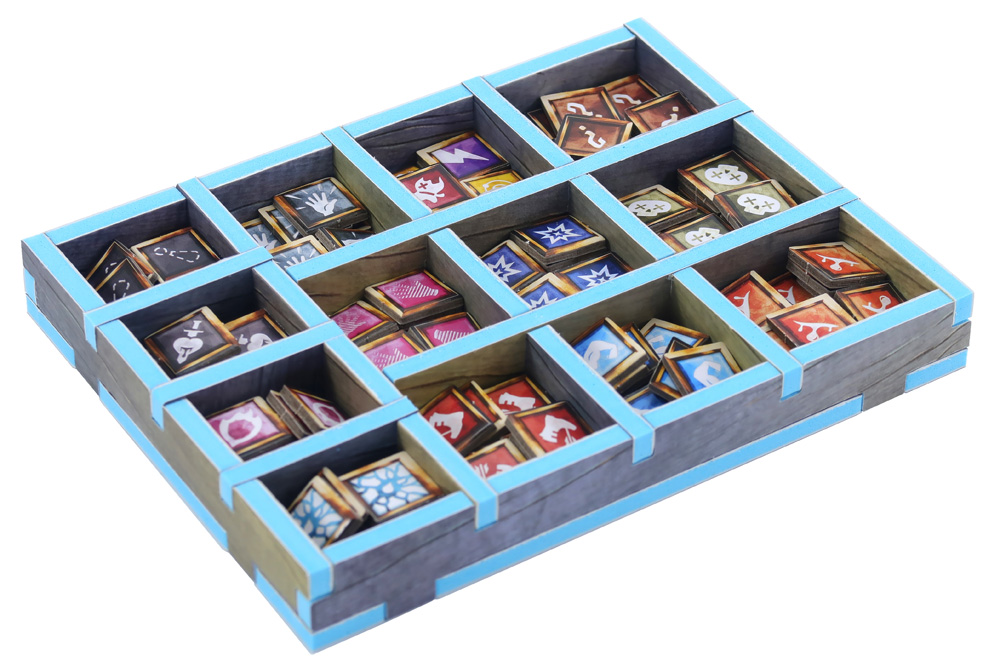 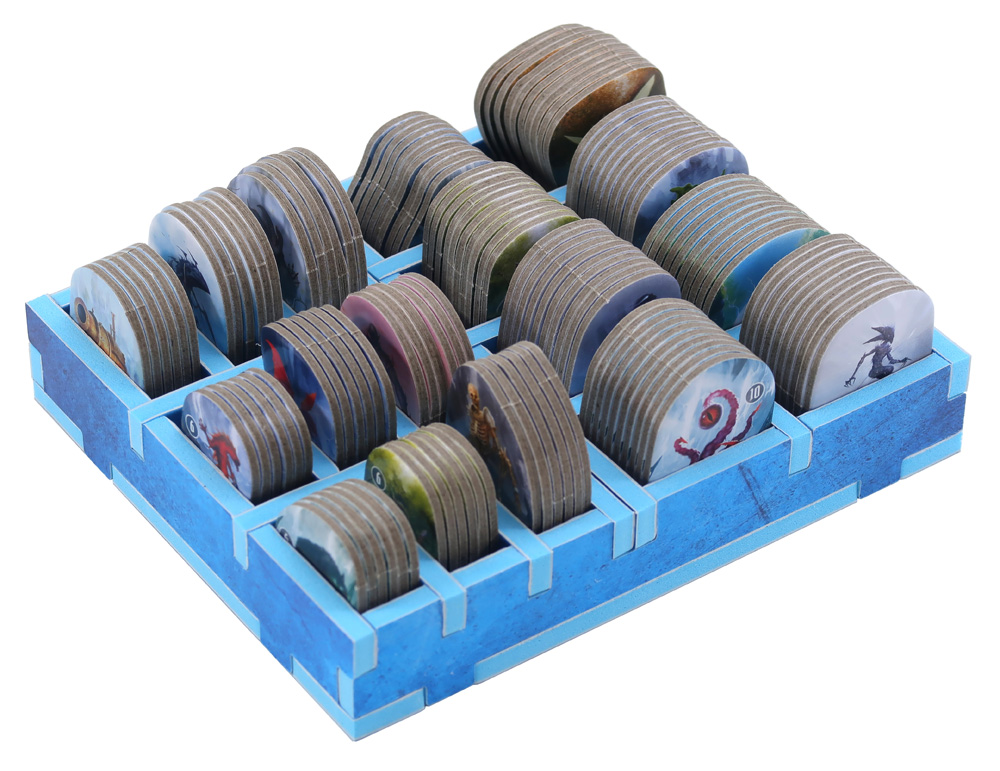 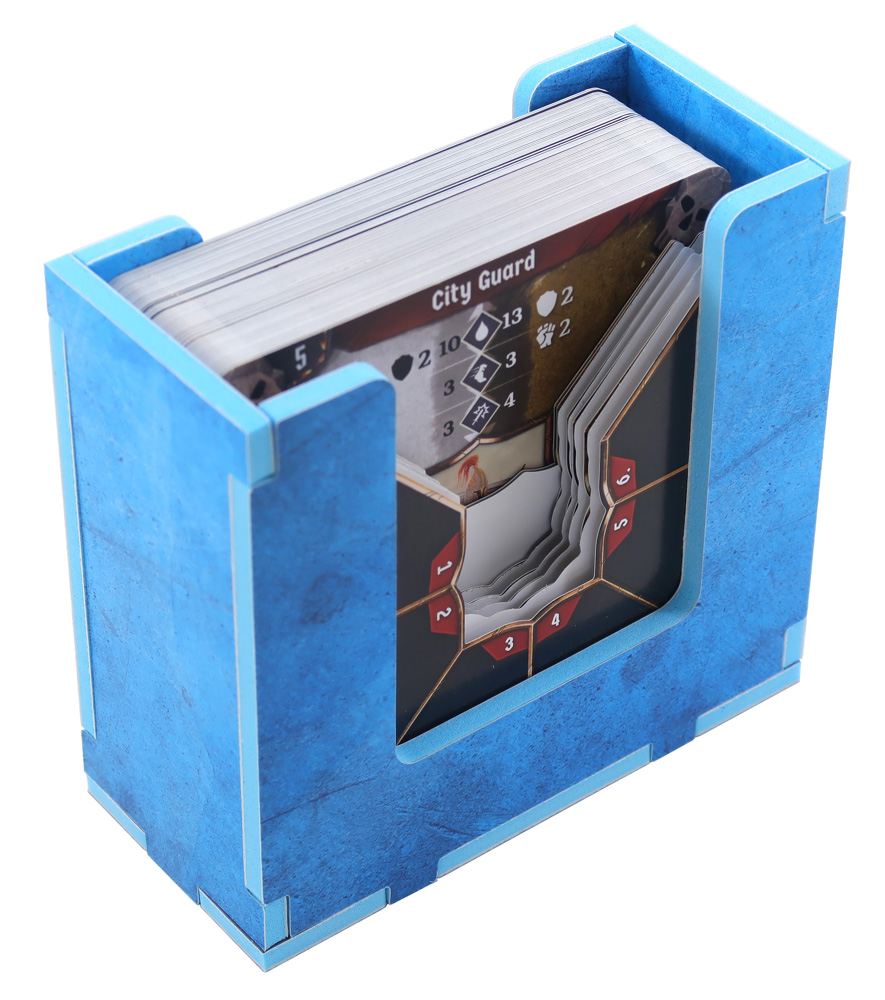 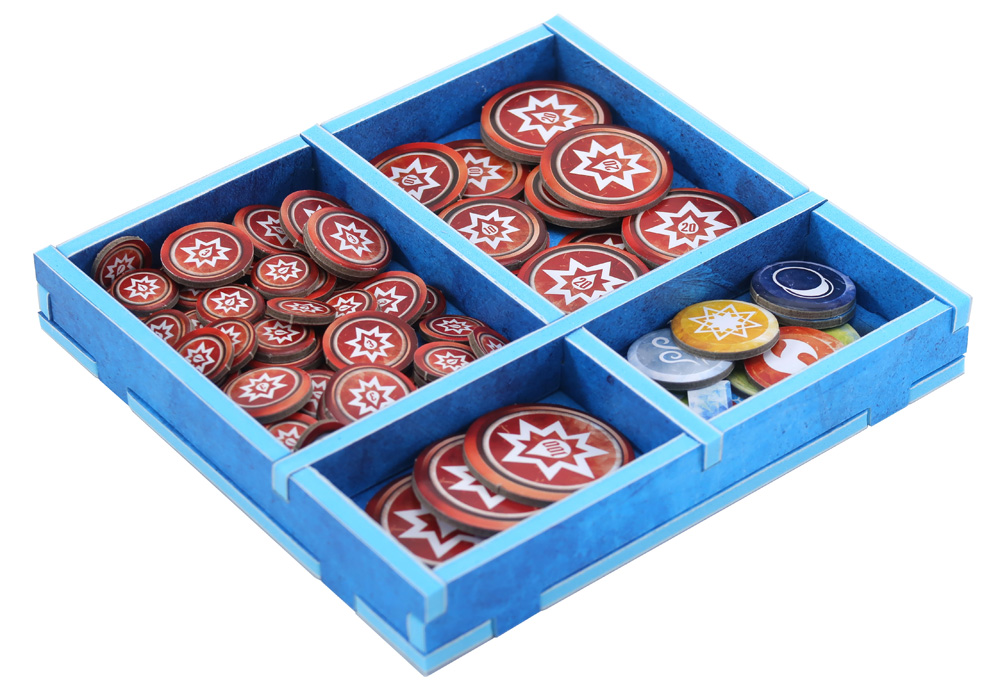 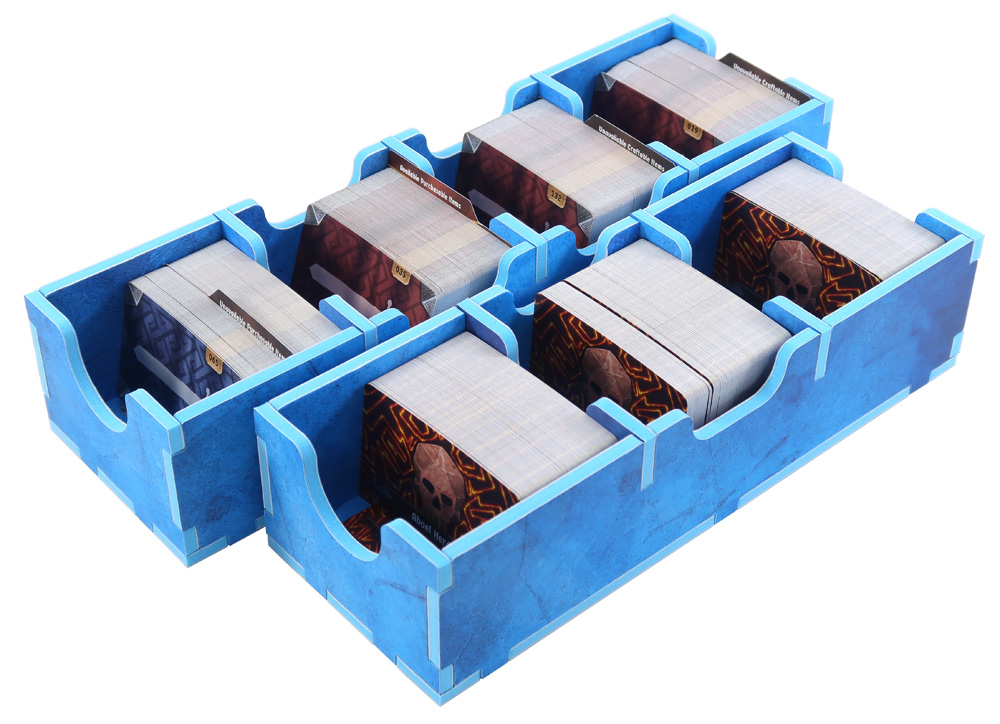 Official full-colour insert compatible with Frosthaven®. The design provides both efficient storage and improved game play. The trays can be utilised during the game, and they greatly aid set-up and clear-away times. All card trays have space for sleeved cards.

The rule and scenario books are stored vertically at one end of the box, next to the stacked character and miniature tuck boxes which the players are not currently using.

We recommend using FS-FROST together with our optional FS-FHMAP map tile folder. When using all four player trays there is not sufficient space in the box to store the map tiles in the game box so these can be stored and organized by type in the FS-FHMAP folder. Alternatively you can remove the four player trays (storing your player pieces in the tuck boxes) and replace them with the map tiles, allowing storage of the entire game in the base game box with no lid lift. More on this at the bottom of the page

The insert comes with four optional player trays, which can be used if the game's map tiles are stored elsewhere. Each tray has space for sleeved cards, slots for tokens, and a dip in the top for the player board and sheet.

The tray from the top of the box stores the largest monsters, but also has space for up to four of the miniature tuck boxes. If four boxes are added there is room for just one to be of the larger type. The card dividers that come with the game are slightly too large for the FS-FROST insert mini card trays. Therefore we have provided with every copy of the insert eight new card dividers sized to fit the trays.

When packing away the game, note that the rule and scenario books are stacked vertically at one end of the box. Then place the remaining A4 sized sheets on top of the trays. Add the remaining four player tuck boxes, dials, puzzle book and element board as shown. Lastly place the five scenario flowcharts on top of everything.

As mentioned above, if the player trays are removed, FS-FROST leaves sufficient space in the box for the map tiles. To do this first add the last four character tuck boxes next to the rule/scenario books. Then add the map tiles:

The scenario flow charts then cover everything filling the box.