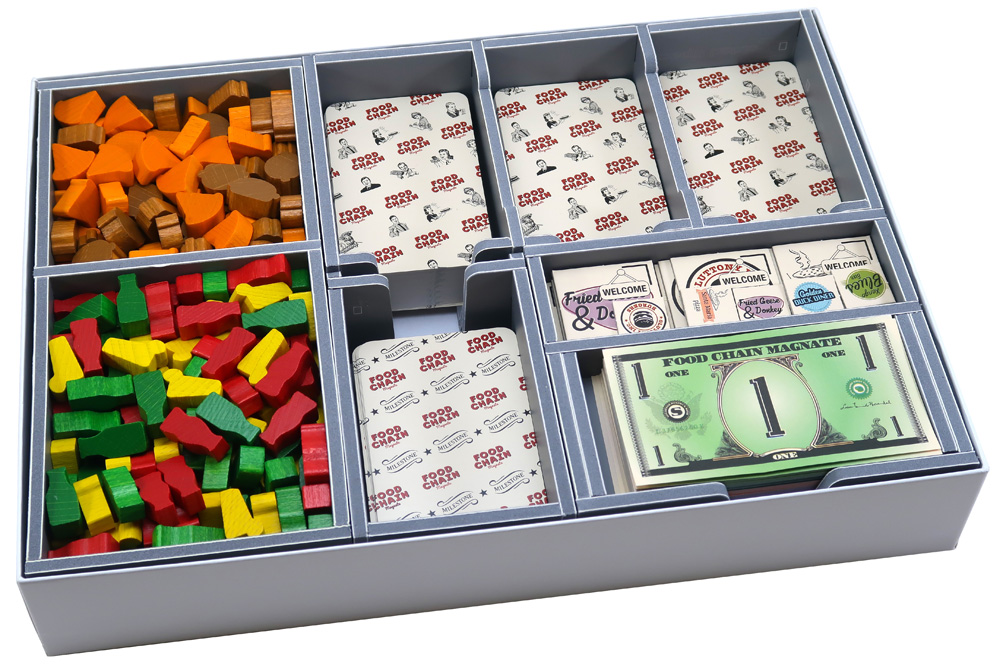 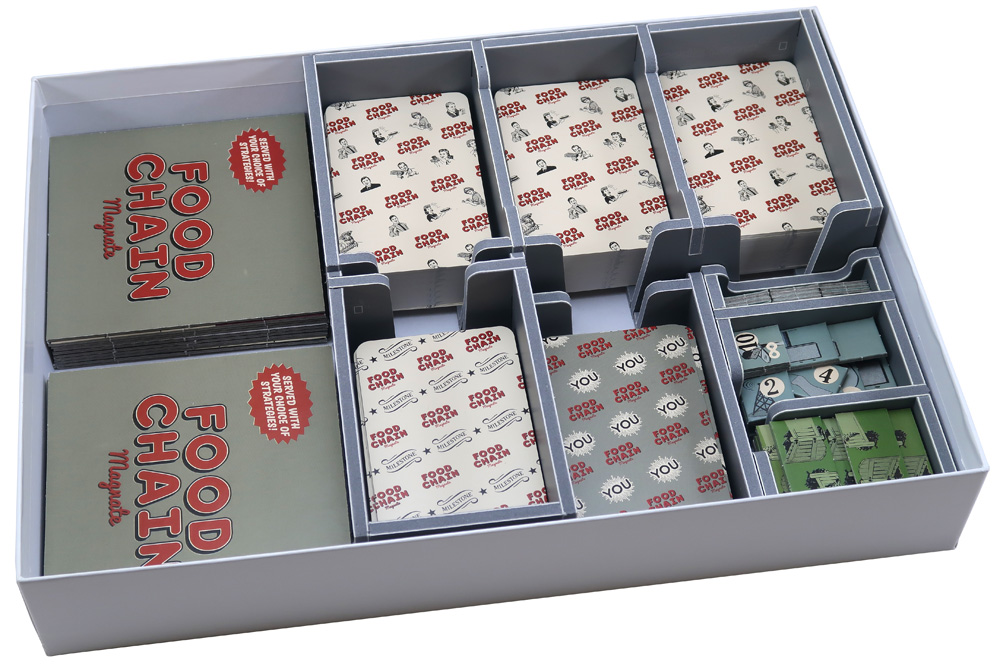 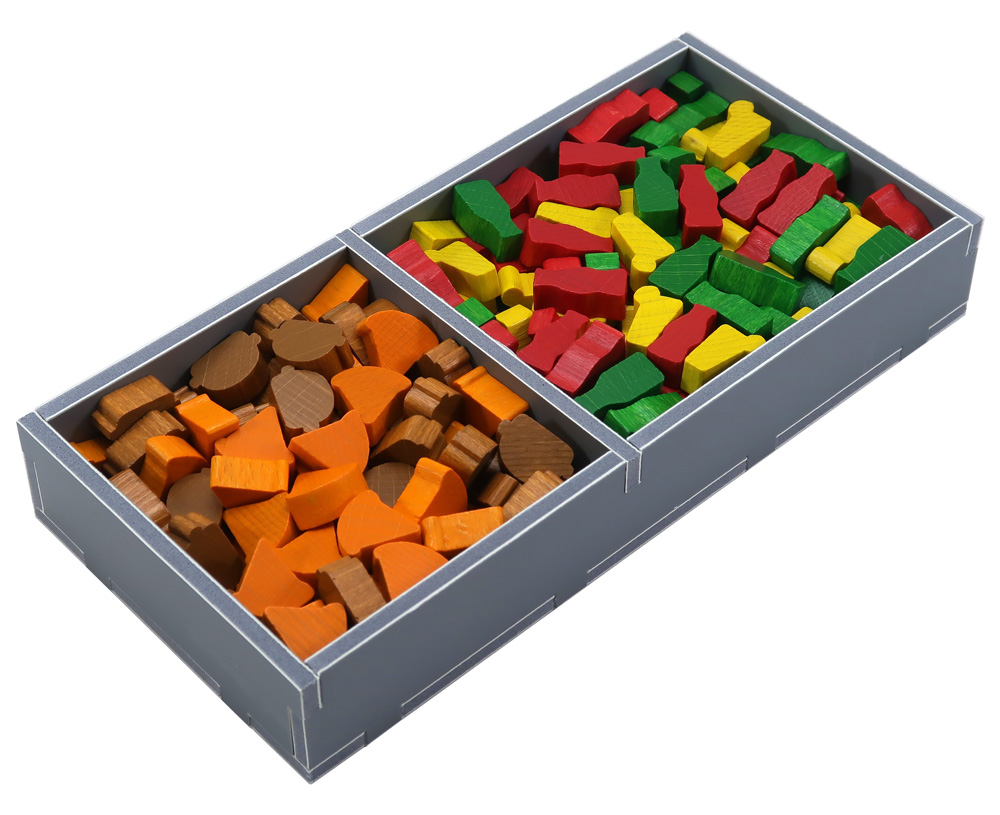 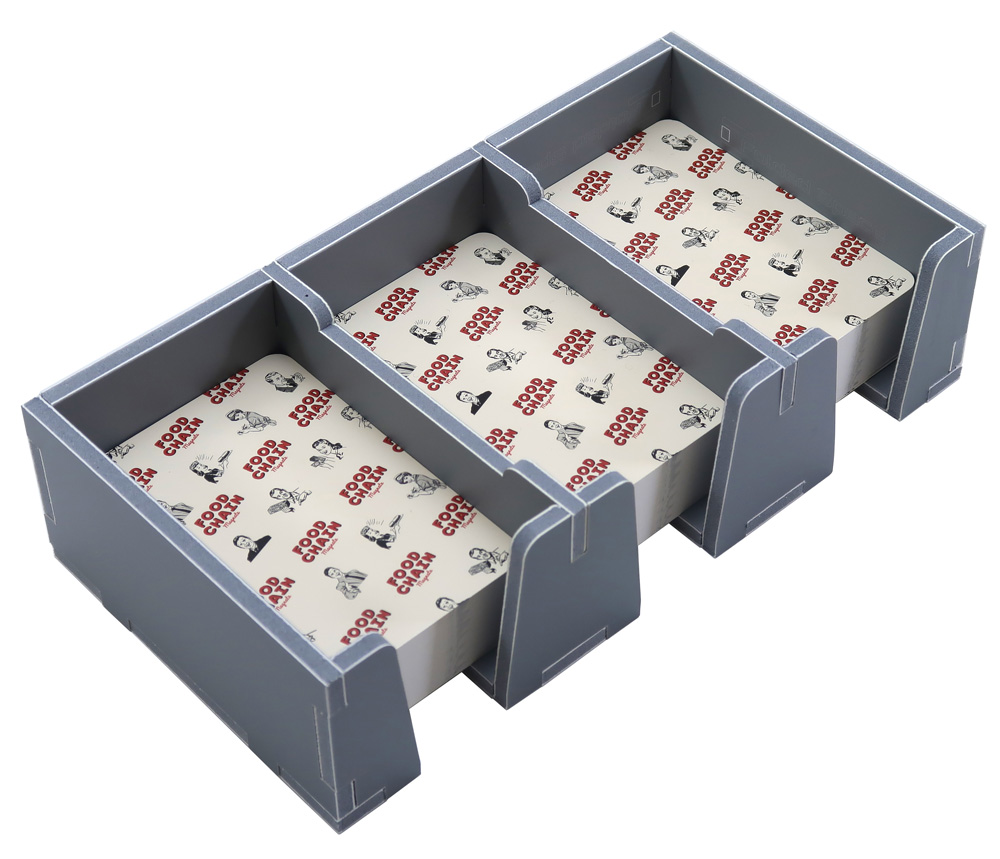 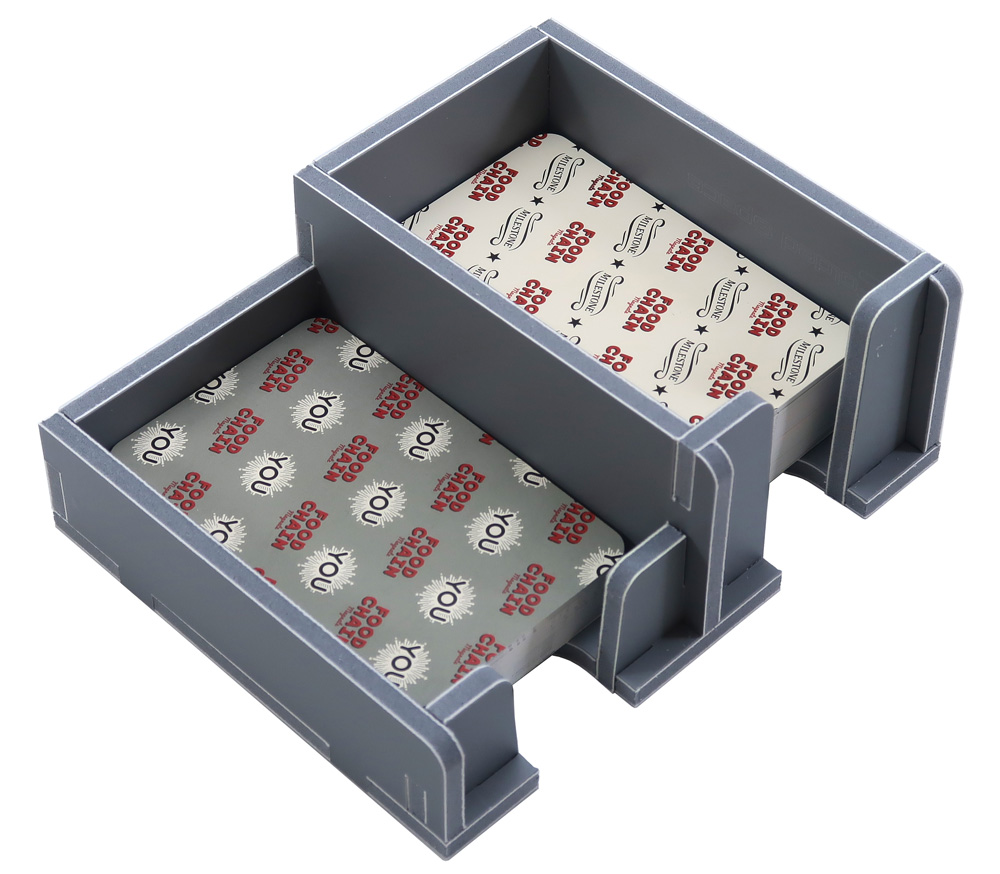 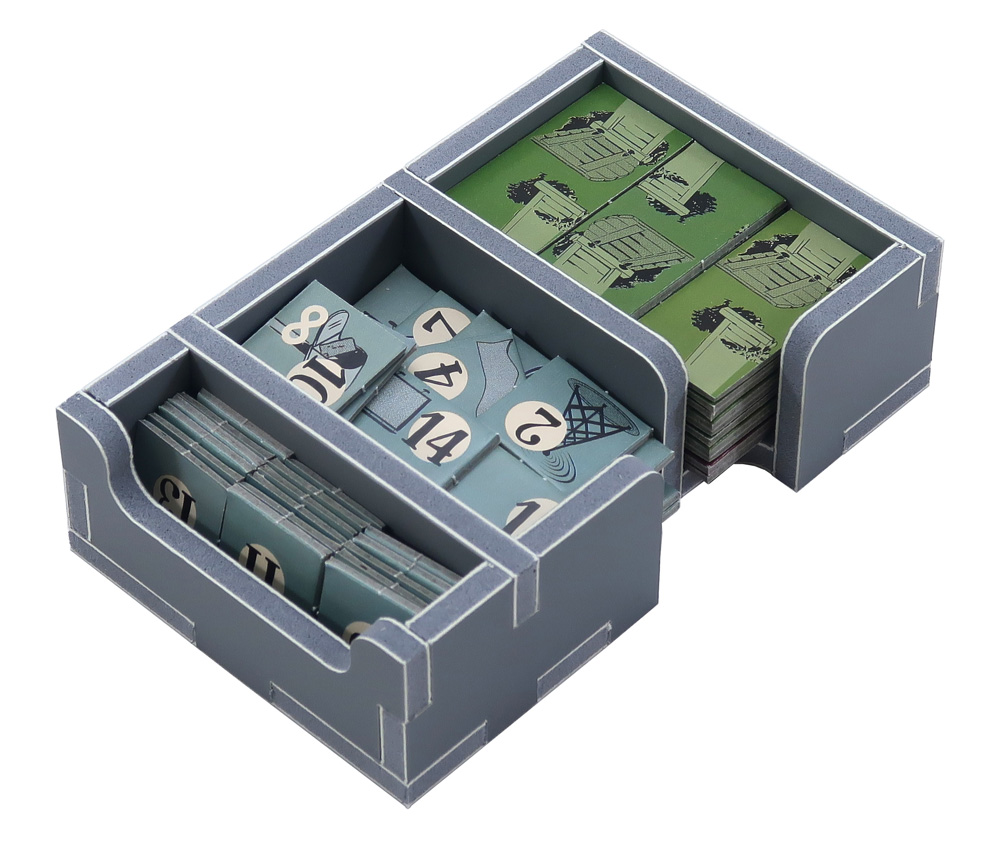 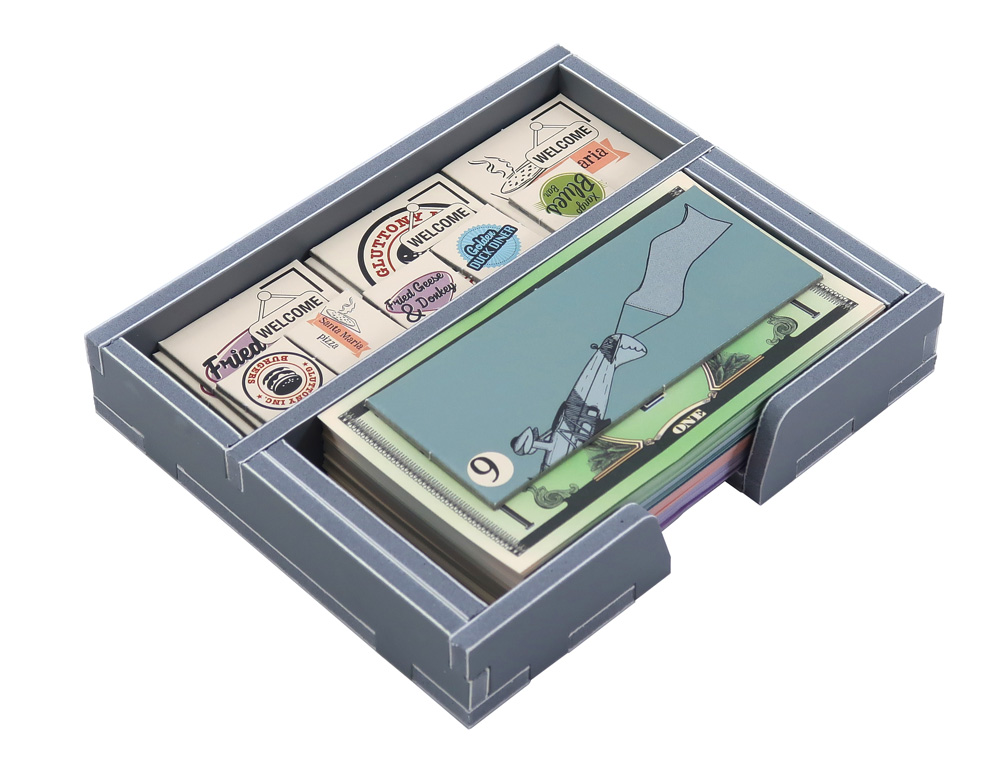 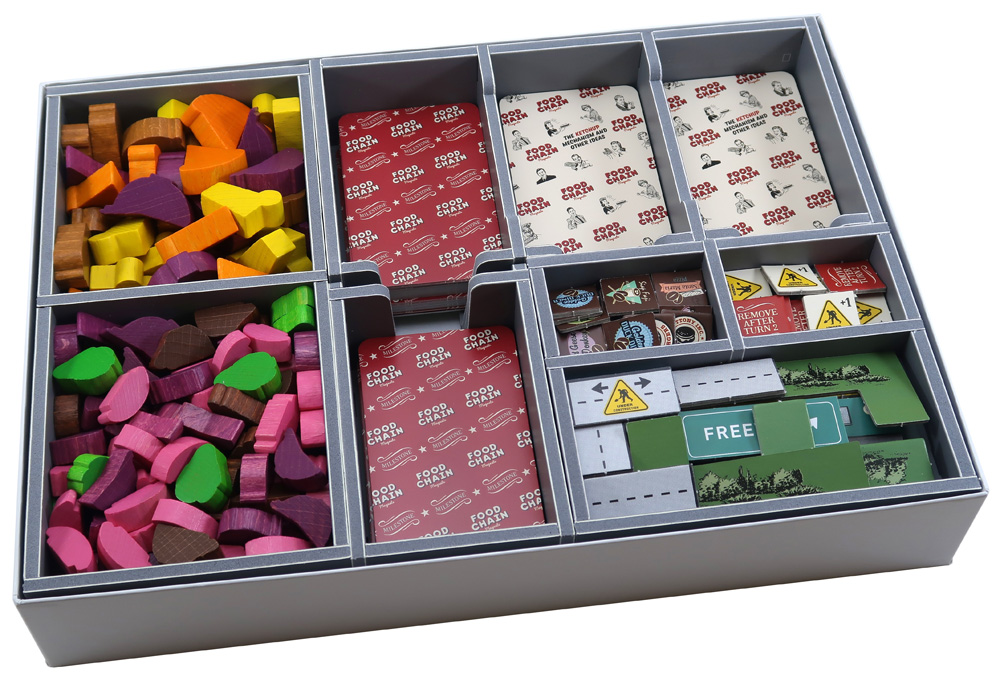 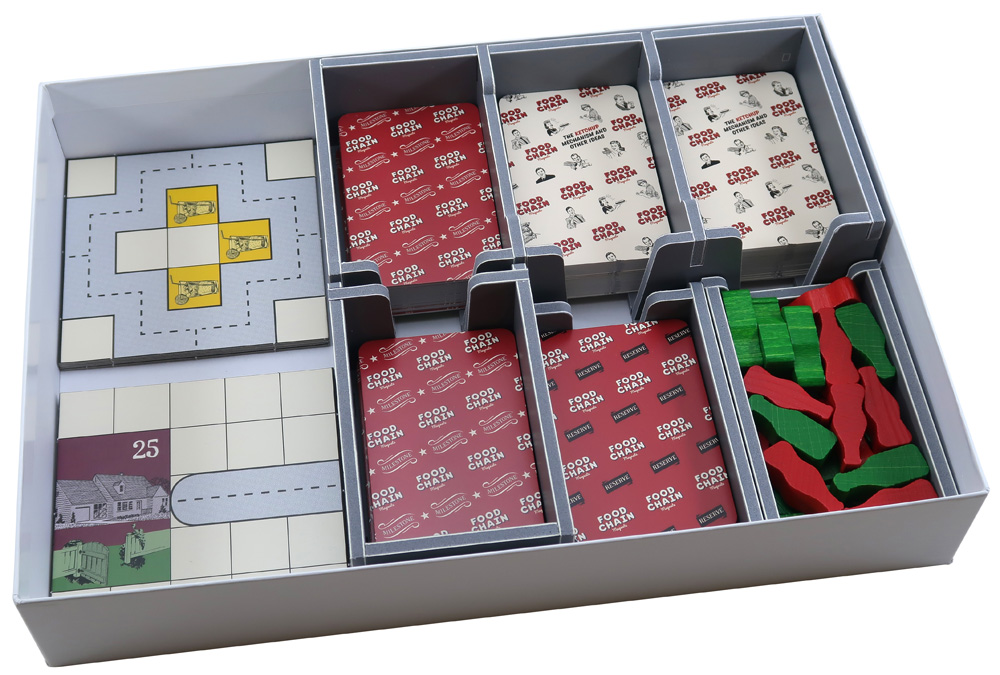 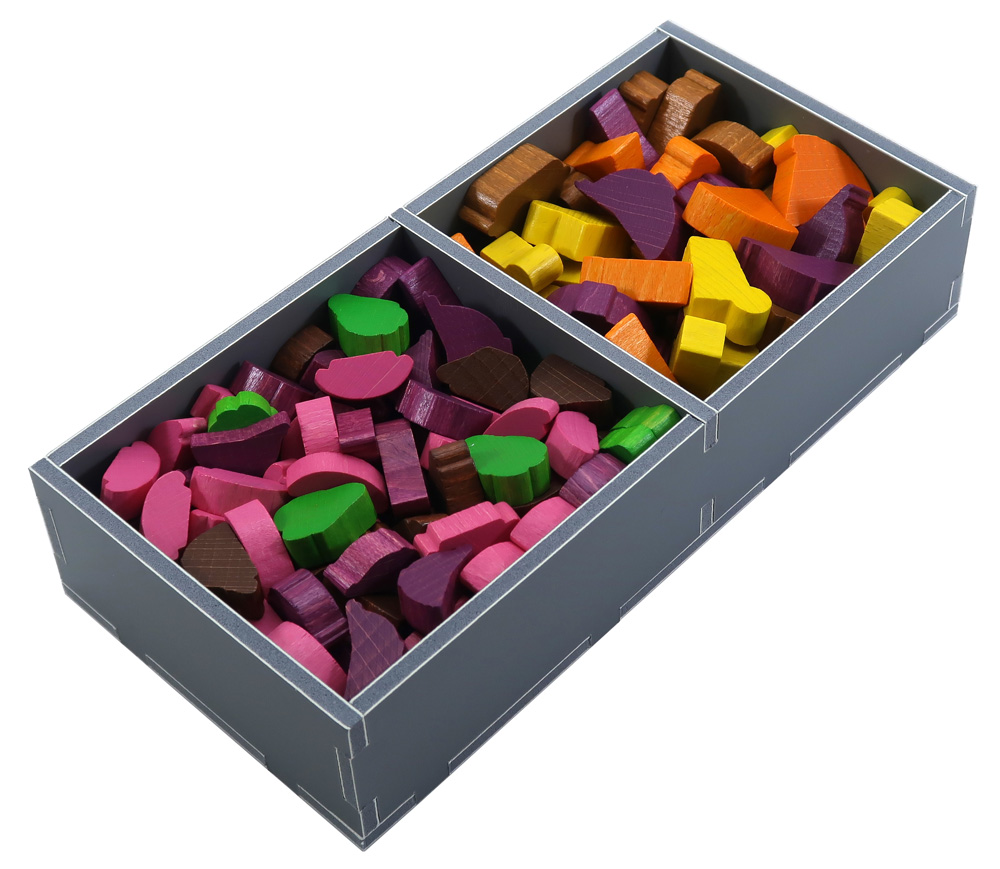 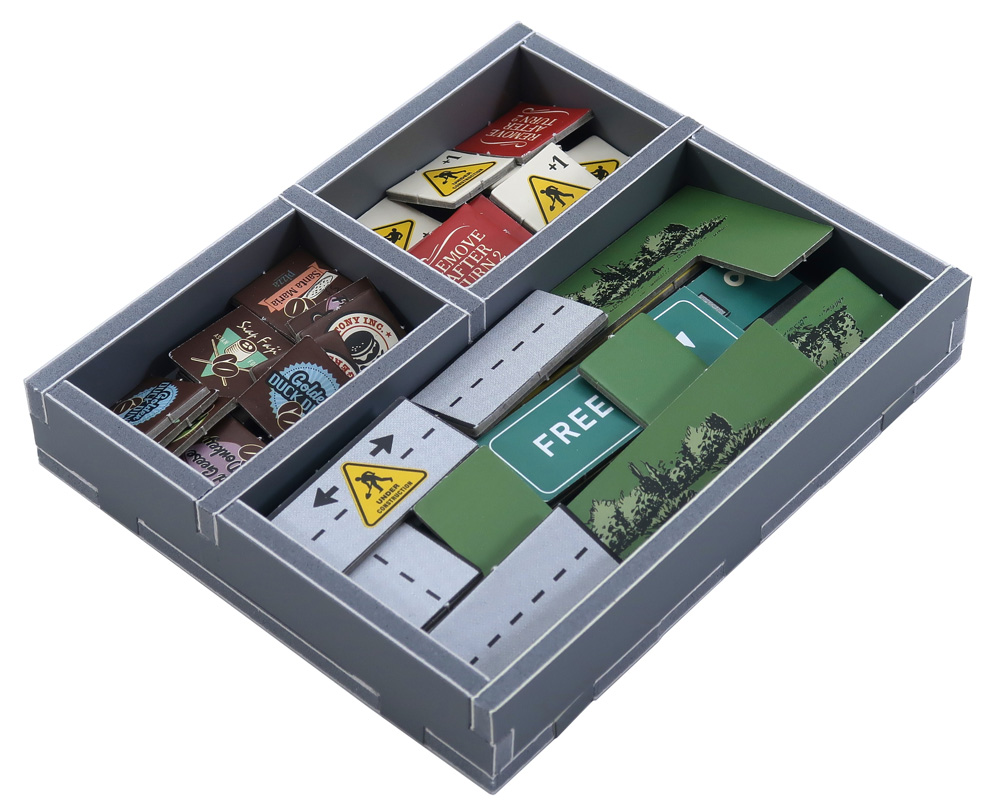 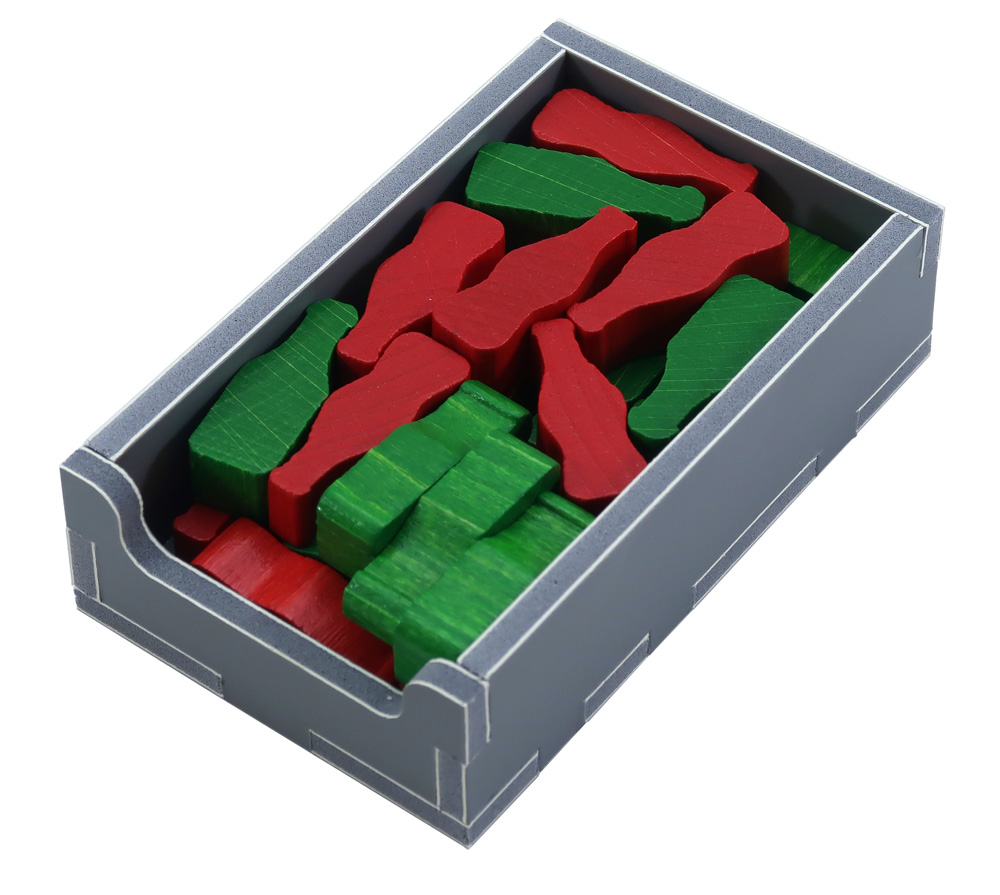 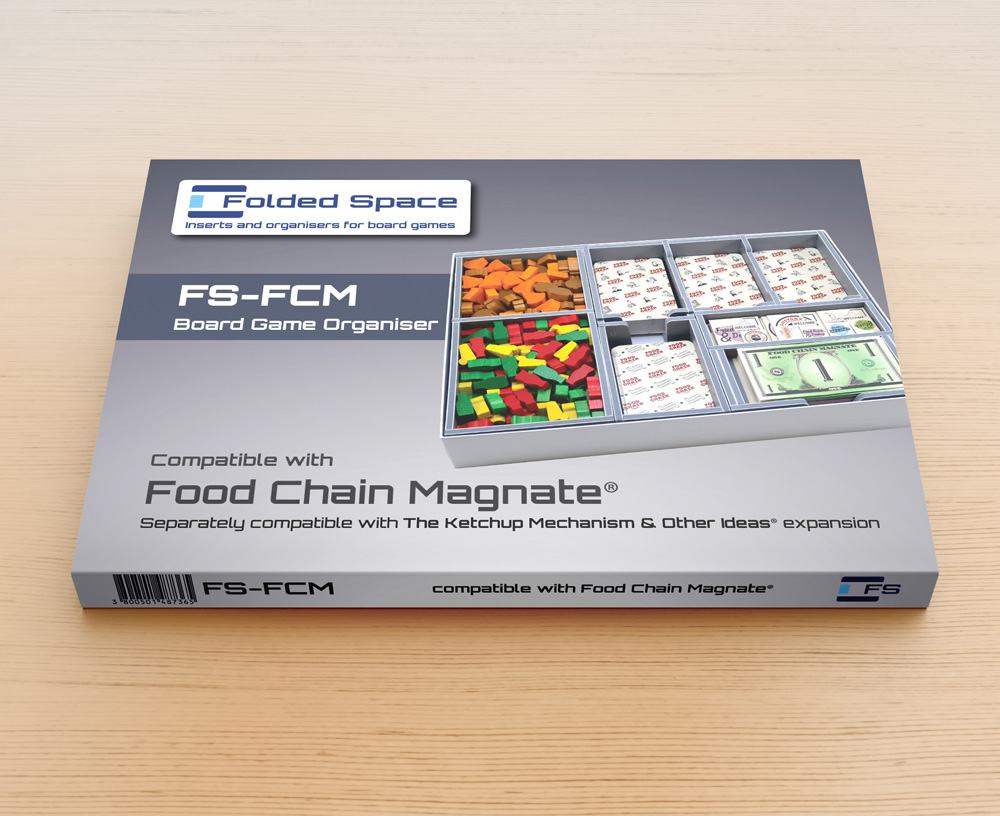 Insert compatible with Food Chain Magnate®, or separately with The Ketchup Mechanism & Other Ideas® Expansion. The design provides both efficient storage and improved game play. Many of the trays can be utilised during the game, and they greatly aid set-up and clear-away times. The rules and player menus act as a lid on top of the trays. For more info on how the insert works in The Ketchup Mechanism & Other Ideas® box see below. If you own both the game and the expansion, you will need two FS-FCM inserts, one for each box.

Note that the map tiles are placed in two stacks of ten on the left hand side of the second layer in the box. The insert includes trays for storing and organising all of the game components. The card trays are sized so that all cards can be sleeved.

When the insert is to be used in The Ketchup Mechanism & Other Ideas® expansion, three of the trays have an alternative method of assembly. Using these variant 2 designs of these trays all the expansions' components can be stored and organised in the expansion box. In this case the map tiles are arranged in two stacks of three tiles. The large food and drink tray is built with taller walls to store the larger pieces and new food types. The tray for money bills is re-worked to store tokens and tiles. And the house and marketing tile tray is re-worked without dividers so it can store the bigger coke and beer pieces.

Note that the additional sixth player restaurant chain tiles and new marketing tiles from The Ketchup Mechanism & Other Ideas® expansion should be added to the relevant trays from the base game.

When packing the box, first place the turn order track into the recess provided in the large card tray and the largest marketing tile on top of the paper money. Next place the player menus in two stacks on top of the trays. If you own the expansion the sixth player menu should be added here too. Lastly place the rule book on top of everything. This fully fills the box and allows for vertical storage of the game.

When using the insert for The Ketchup Mechanism & Other Ideas® expansion the rural area tile is placed on top of the smaller new wooden food pieces.

When fully loaded the box lid will lift by 4mm. This was unavoidable when providing sufficient space for sleeved cards in the design. Note that this lid lift is achieved assuming the box holds only one of the two language sets of menus and rule books.