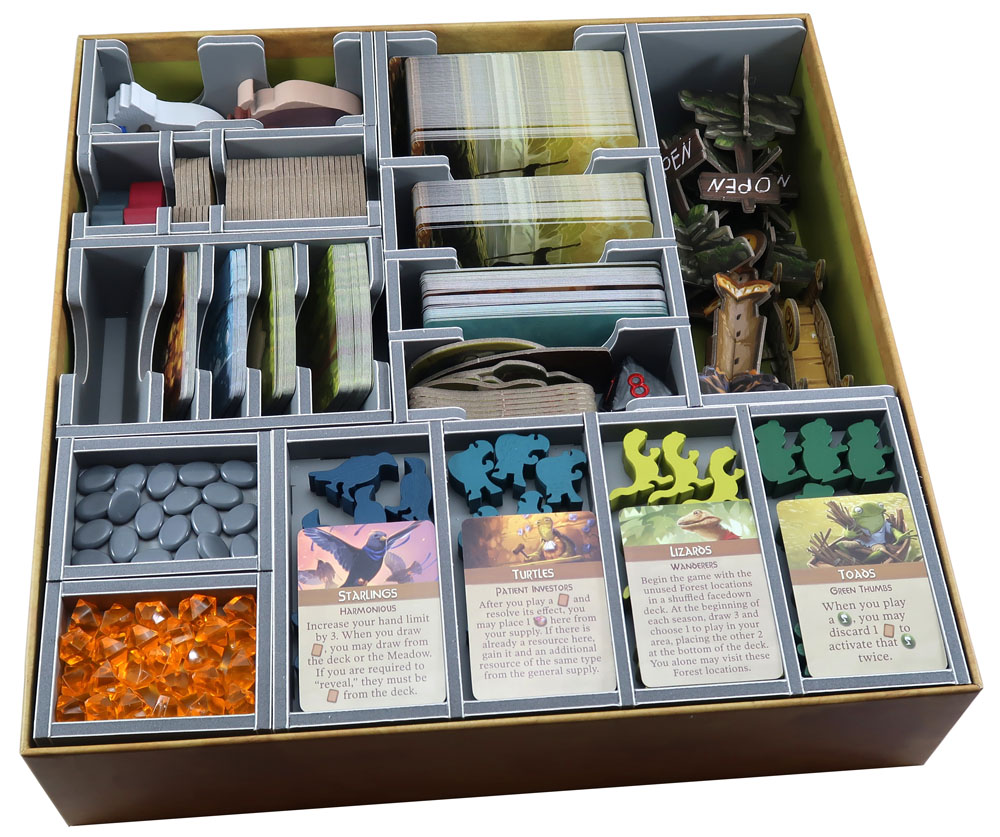 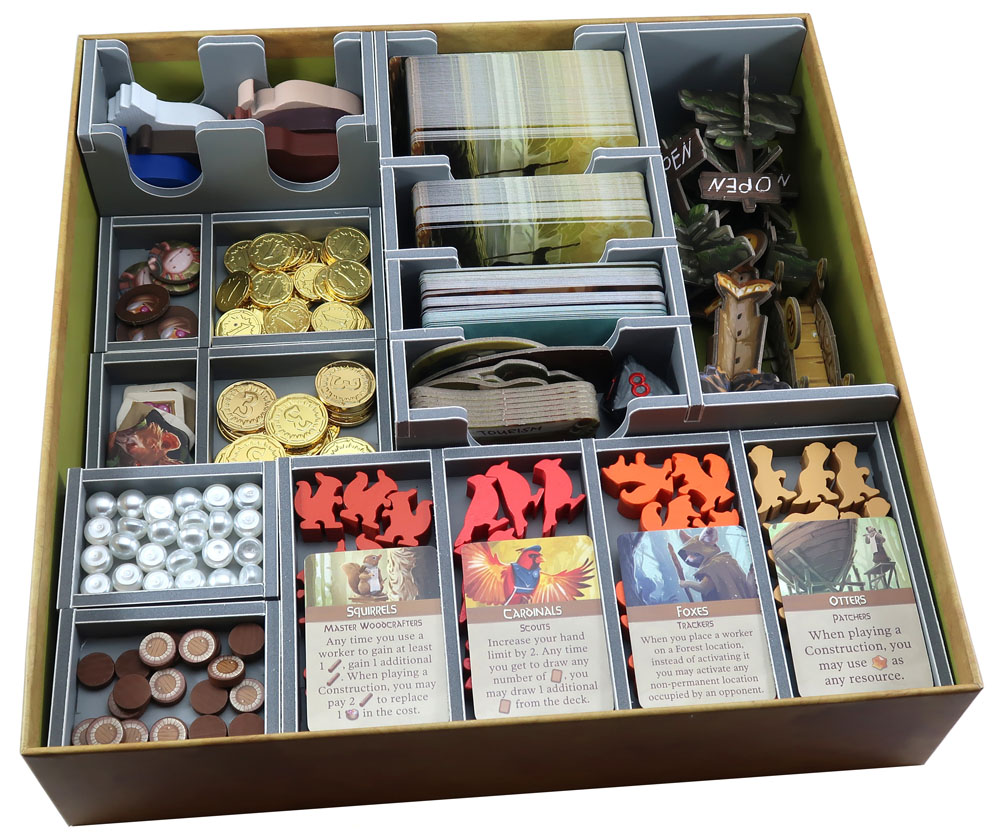 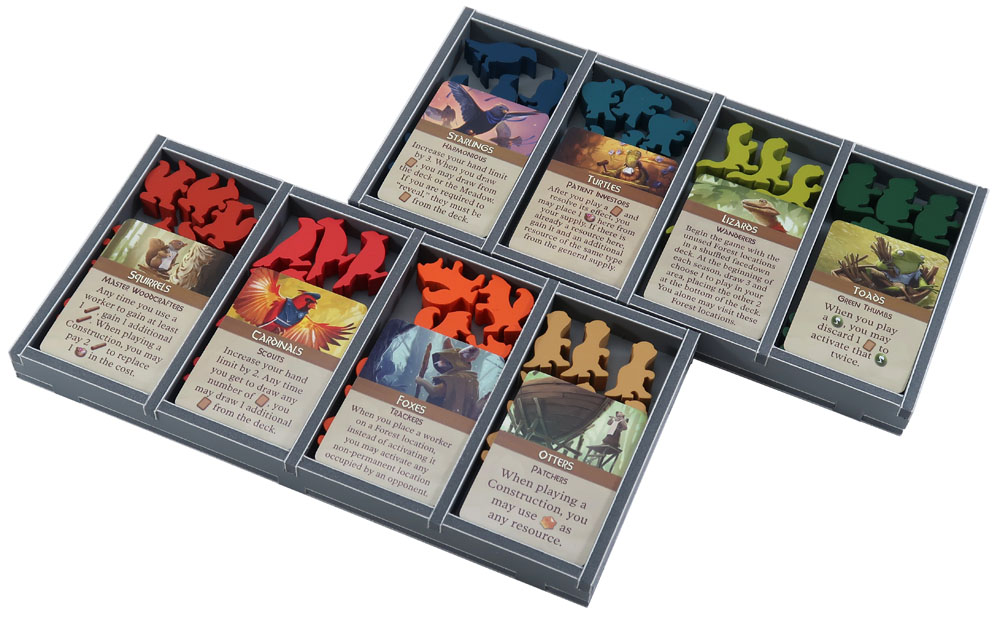 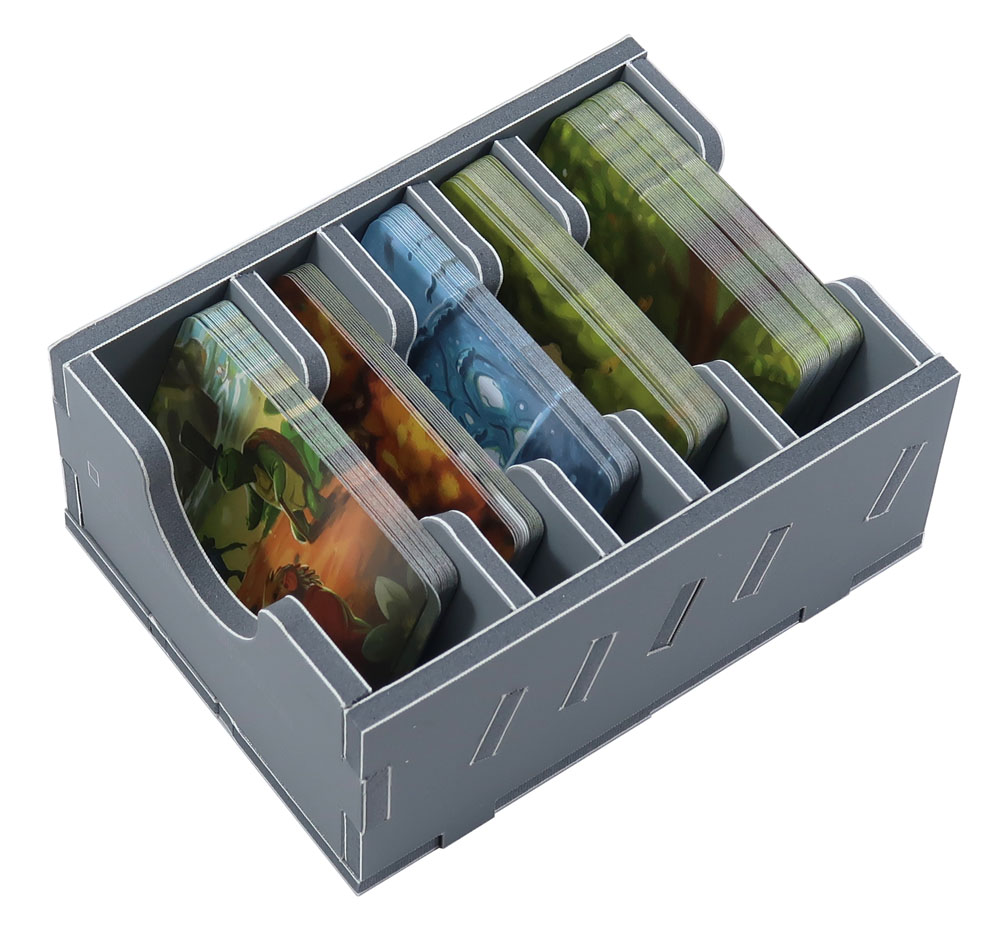 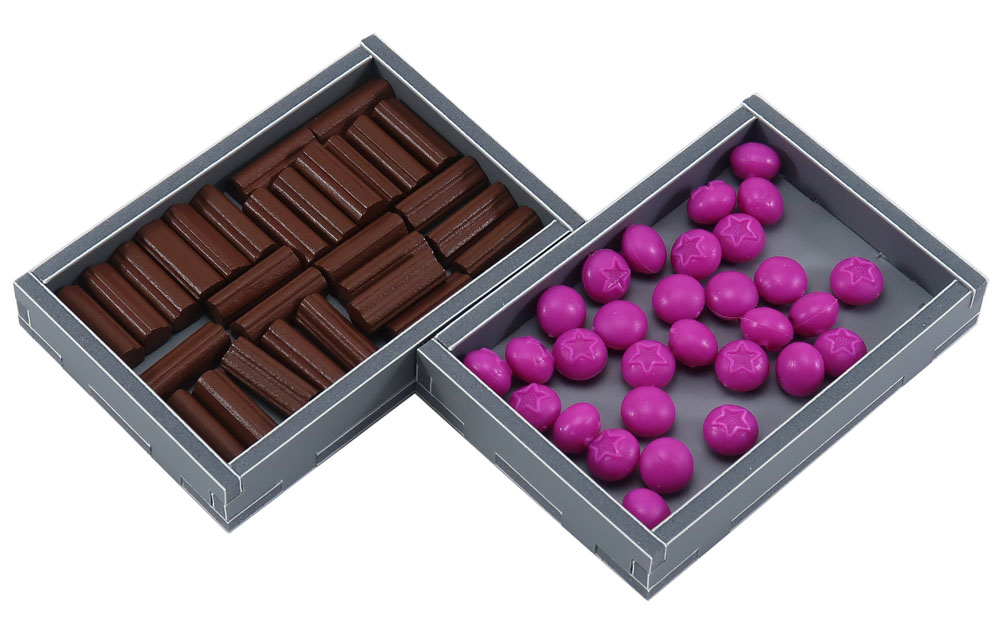 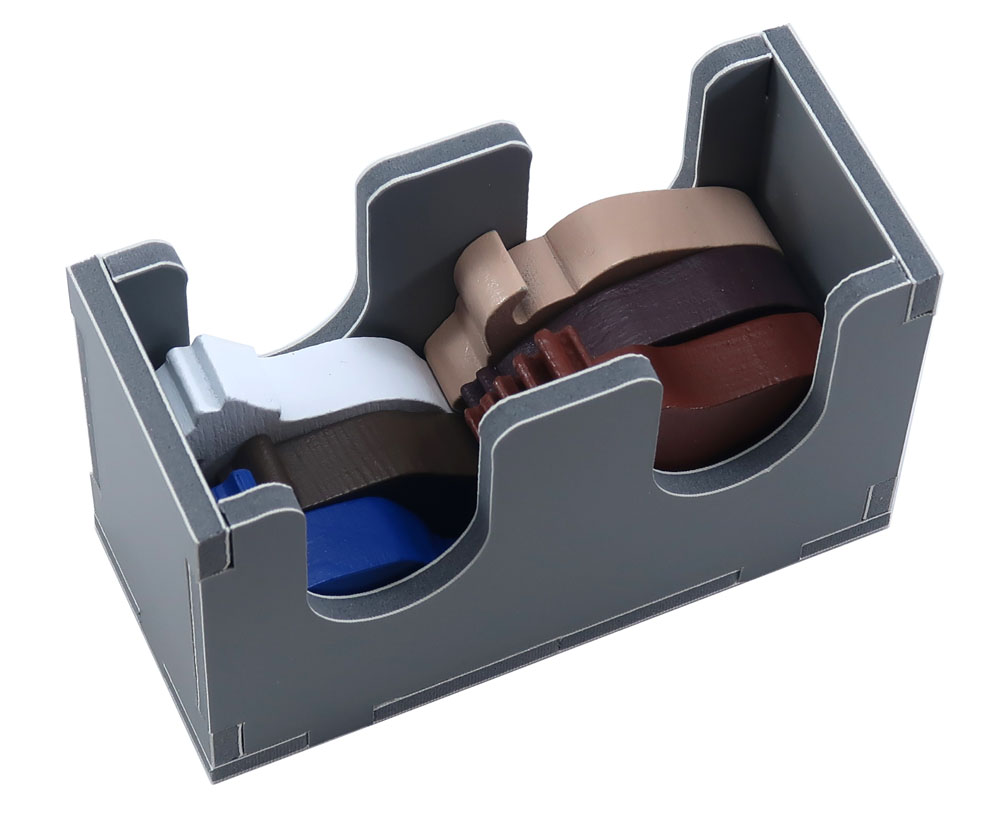 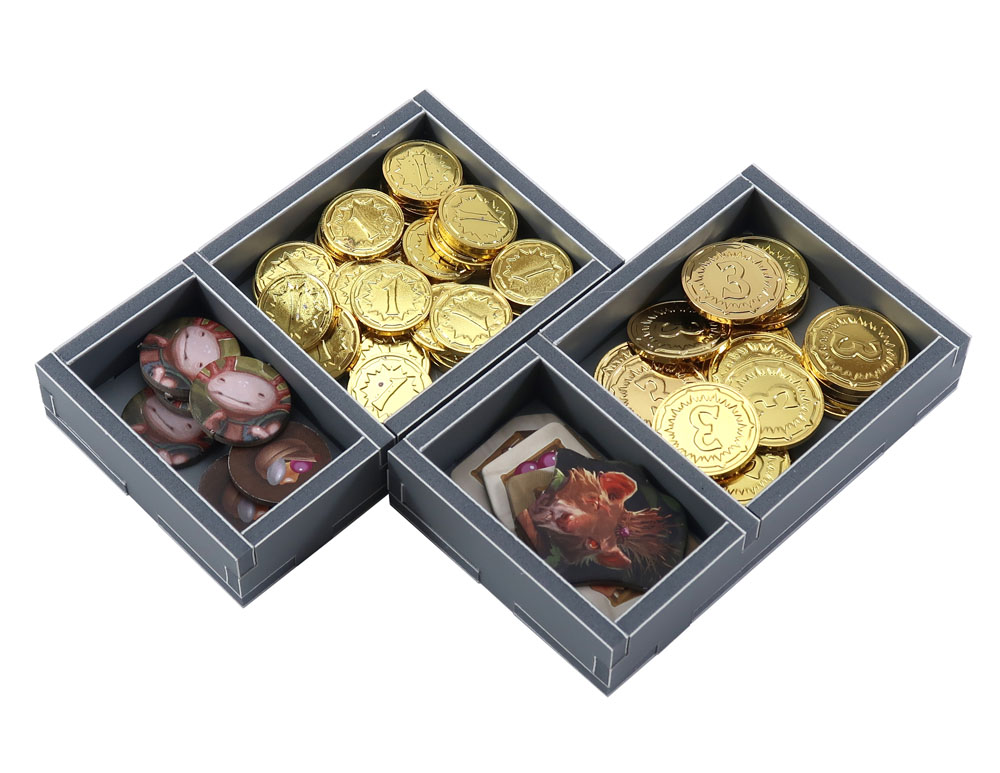 Insert compatible with Everdell® including all Collector’s Edition content and the Pearlbrook®, Bellfaire® and Spirecrest® expansions. The design provides both efficient storage and improved game play. Many of the trays can be utilised during the game, and they greatly aid set-up and clear-away times. There is space for all cards to be sleeved.

Note that the insert fills the game box, and it is intended that the game boards, scorepad, Ever Tree and other large tiles are stored in one of the expansion boxes. See below for details.

The insert has four large flat trays for storing the critters, and in one slot the plastic saddles. The sleeved player power cards can either be stored in the separate small card tray, or preferably stored together with the relevant critter type as shown here.

The other trays store the game components as shown. Each resource and tile type has it's own dedicated slot, and the trays are designed to be placed on top of the board during game play as shown below. All card trays have space for sleeved cards.

The insert includes one large tray which has no base and is designed to remain in the game box. This stores the large cards, event & garland award tiles, the die, and has a large open slot for the signs & 3D wonders standees.