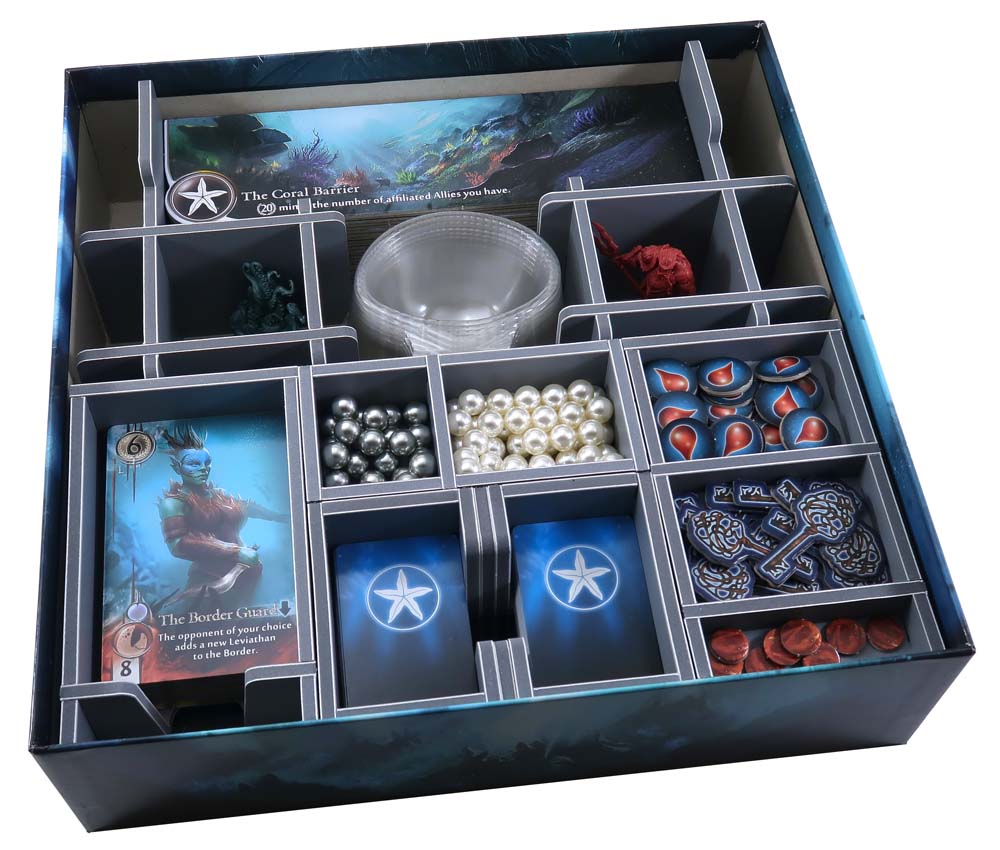 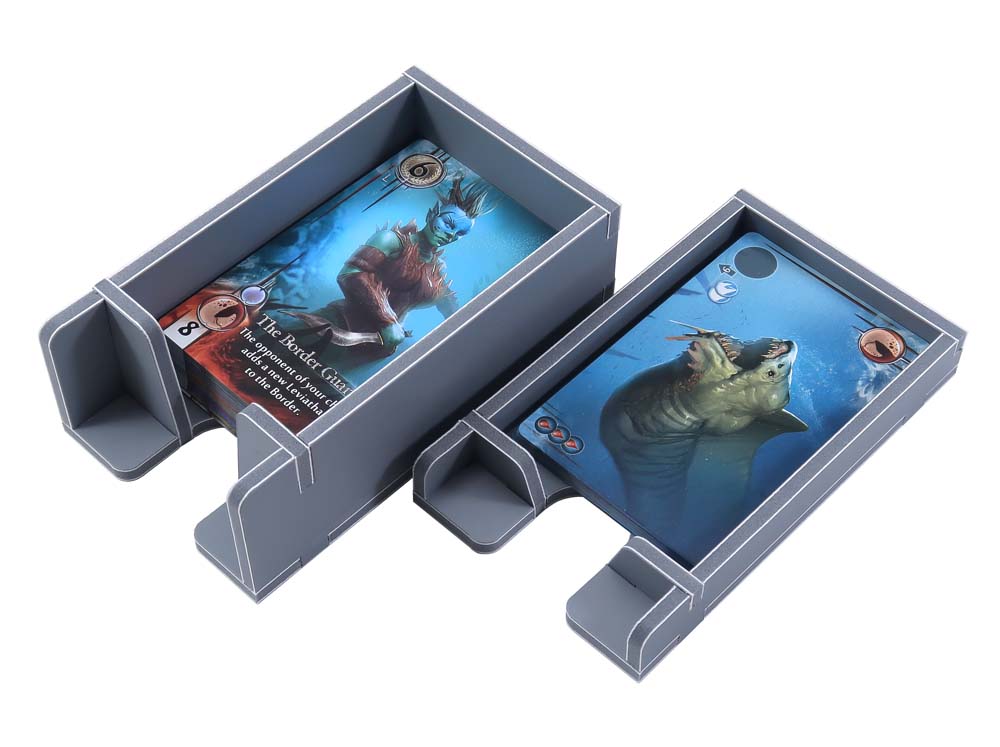 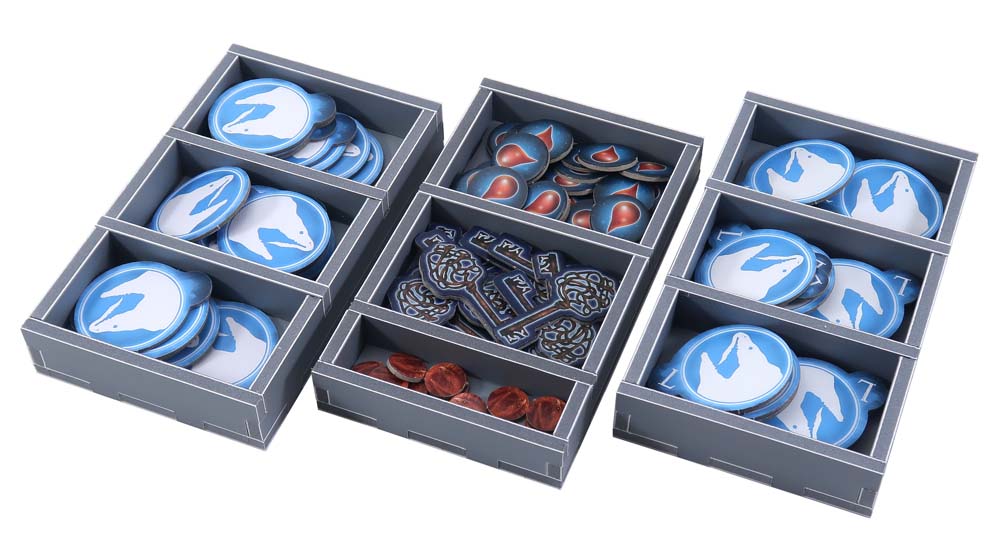 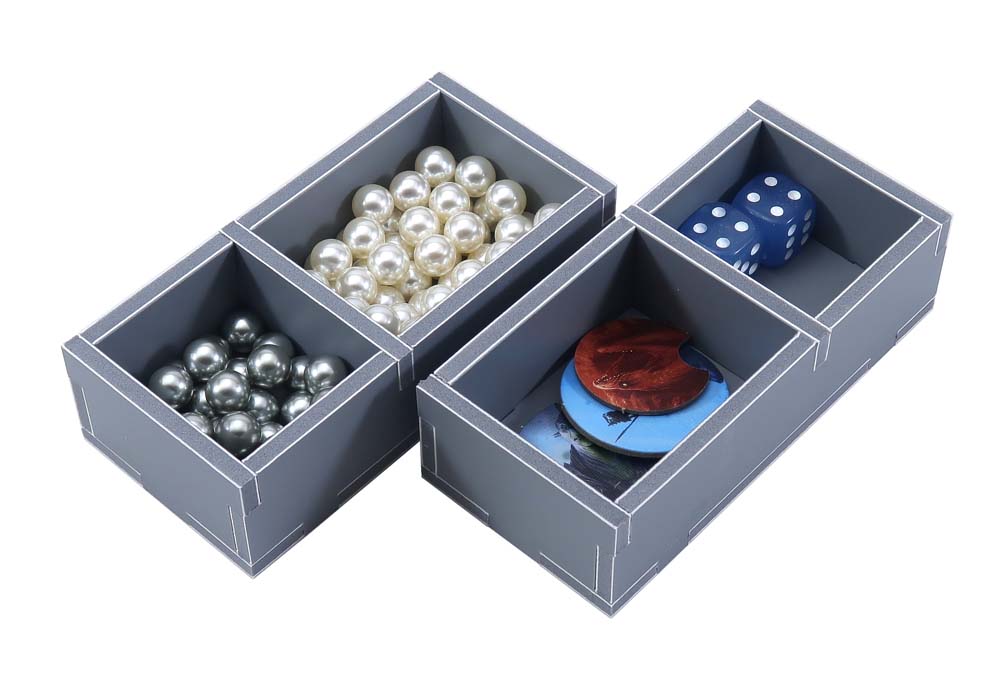 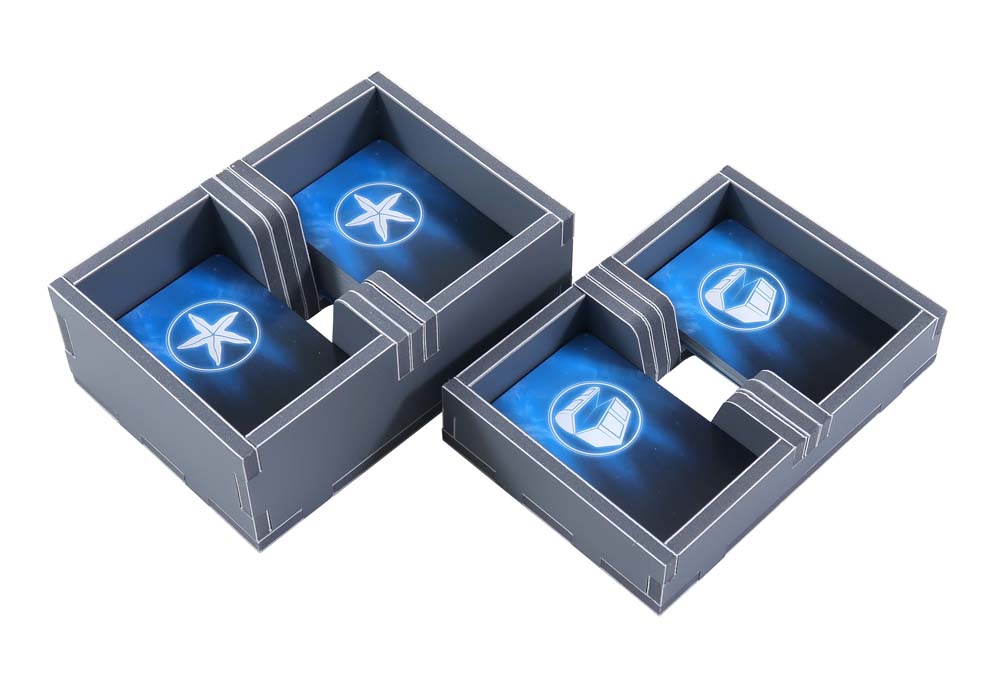 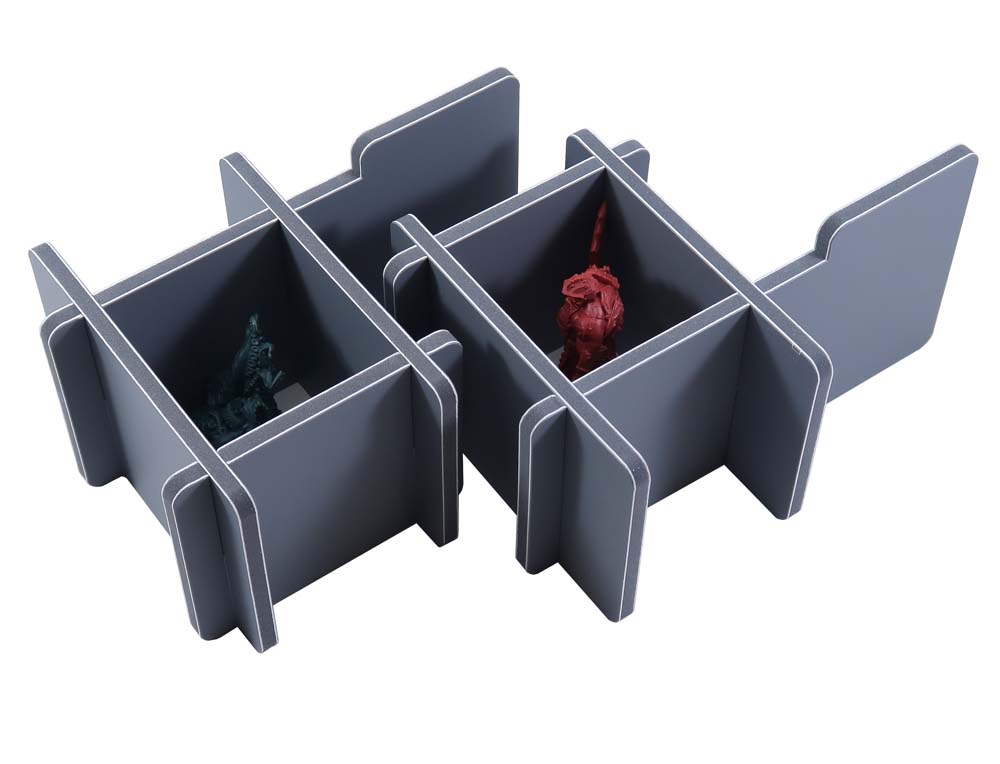 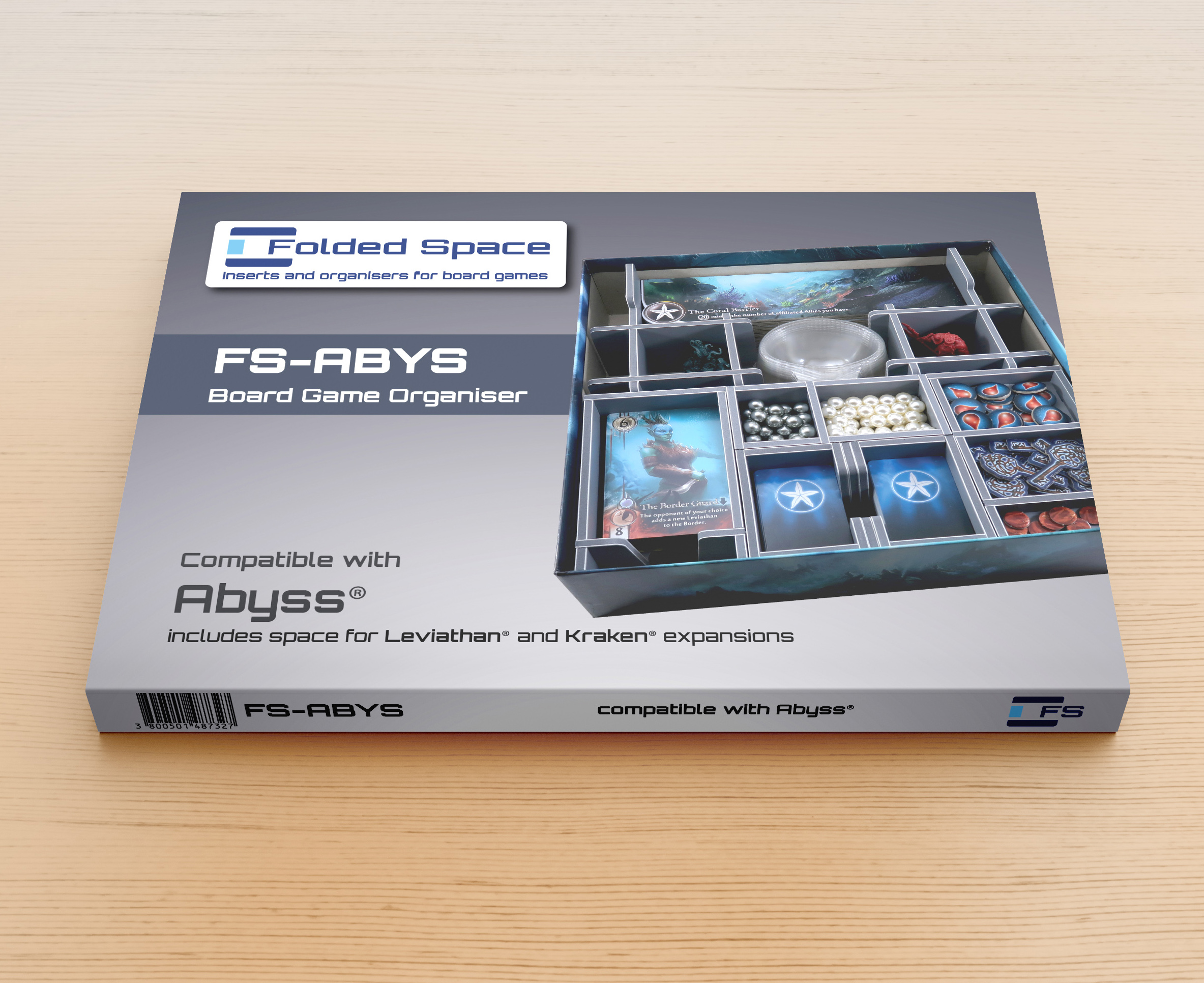 Insert compatible with Abyss®, and the Leviathan® and Kraken® expansions. The design provides both efficient storage and improved game play. Many of the trays can be utilised during the game, and they greatly aid set-up and clear-away times. The rules and boards act as a lid on top of the trays.

The trays are arranged in up to three layers. The location tiles are placed in a single stack at the top of the box, held in place by two filler trays. All component types are split by type organising all the game components. Each of the card trays have space for sleeved cards.

The design includes two filler trays which hold in place the location tiles and the plastic cups. These two trays also store the two miniatures from the expansions.

As mentioned above many of the trays can be used during the game to organise the components and make access by all players easy.

When packing the box, first place the score pad on top of the plastic cups. Next place the main game board on top of the trays, together with the three smaller board pieces. Lastly place on top the rule book from the base game and then the two expansion rule books. This fully fills the box and allows for vertical storage of the game.