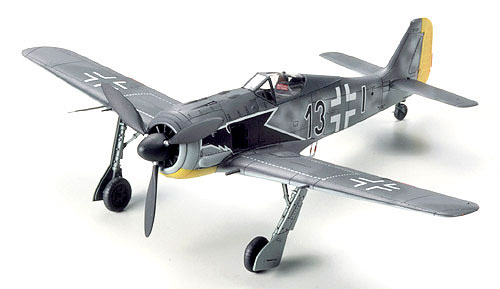 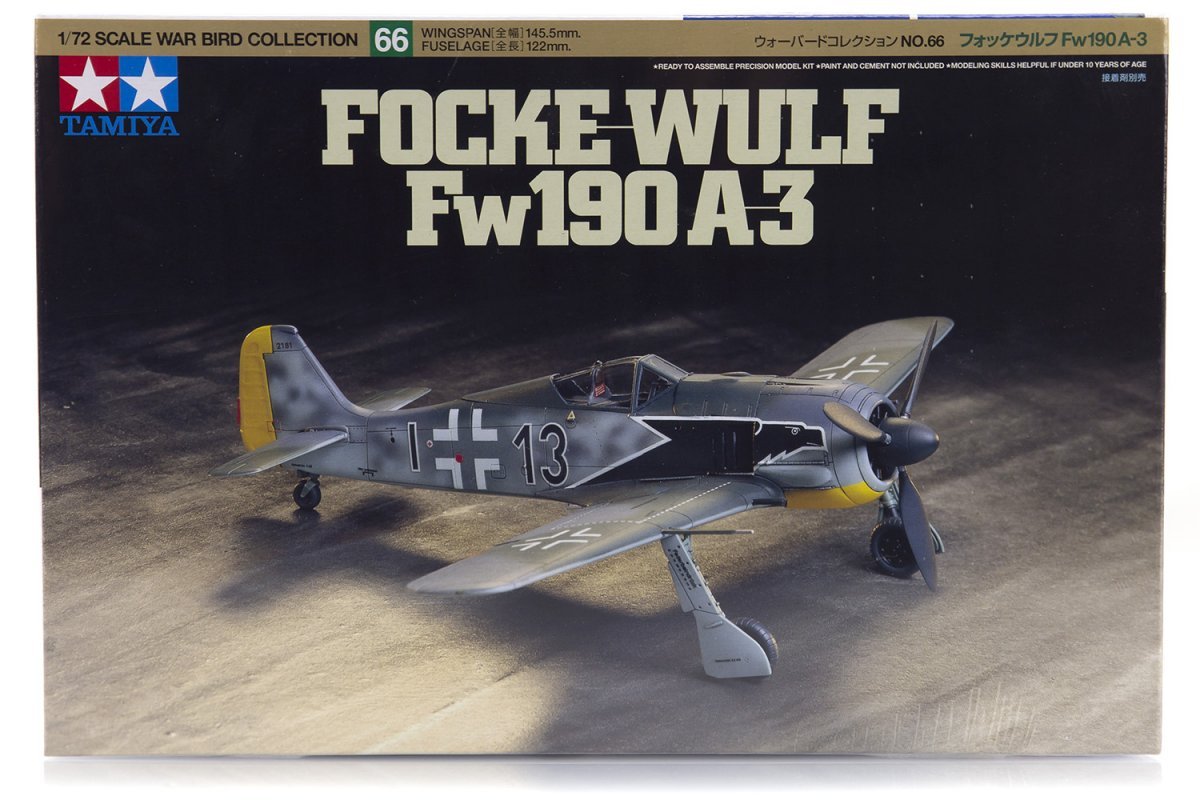 Development of the FW190 series began in the Autumn of 1937, under a contract issued by the Reichsluftfahrtministerium (Air Ministry) for a single seat fighter to supplement the Messerschmitt Bf109. Two proposals were submitted by Kurt Tank, the technical director of the Focke-Wulf Flugzeugbau (aircraft factory). The proposal using the then new BMW 801 aircooled radial engine was chosen. This tough and powerful engine was placed in a robust airframe and provided superb handling, well balanced control, and brisk acceleration. It entered service in 1941, flying alongside the Bf 109 and it soon took control of air superiority over the English Channel. Establishing itself as a mainstay fighter of the Luftwaffe, it outperformed the contemporary Spitfire Mk.V's in almost every respect and maintained this advantage until the arrival of the Spitfire IX in July 1942. The Fw190 fighter underwent constant improvement throughout its life. The A-3 version used the improved BMW 801Dg engine that produced 1,700hp. Armament was increased from four to six guns, consisting of two rapid firing MG151's in the wing roots; two MG FF's outboard of the landing gear and two fuselage mounted MG 17 machine guns. Throughout WW2, many Luftwaffe squadrons allowed personal pilot markings and distinctive squadron insignia to be used, plus lower cowl, wing tip and rudder color additions to the original paint schemes.